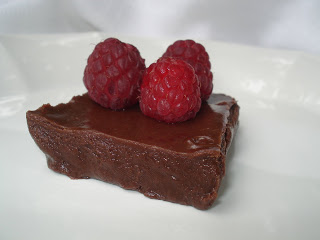 It was the best of fudge, it was the –
Actually, it was just the best of fudge.
Paul’s Fudge is named after my dad.  I don’t know where he got the recipe, but we’ve had it as long as I can remember.  Dad used to listen to Detroit radio station WJR in the basement while he worked on the farm accounts, and once in a while he copied down a recipe he wanted my mom to try.  If I had to guess, that’s probably where he got it.
This is the first recipe I made on my own.  I loved adding the chocolate chips to the marshmallow mixture and watching them melt as I stirred.  As a kid, I made fudge every year for the Rodney Fair, and won a few first place ribbons for it.  WJR may have been the home of the hated Detroit Tigers, but they sure knew a good fudge recipe.
A few years ago we made a batch for our friends, the Jay family.  They loved it so much that they took the recipe to China with them and shared it with their friends at the International School.  This fall, with their relocation to Geneva, Switzerland, I’m hoping that a third continent is introduced to Paul’s Fudge.  Growing up in rural southwestern Ontario, I never imagined – and I’m sure my father didn’t either – that this recipe would go so far!
Paul’s Fudge
2 cups cut-up marshmallows (about 25)
½ cup of half-and-half cream (original recipe calls for evaporated milk)
2 Tbsp butter
¾ cup sugar
pinch salt
1 cup chocolate chips
½ tsp vanilla

Combine marshmallows, milk, butter, sugar, and salt in a saucepan.  Stir over medium heat until mixture comes to a full boil, then boil hard for exactly 3 minutes, stirring constantly.  Remove from heat, and add chocolate chips, beating until they melt.  Add vanilla and beat to blend.  Pour into greased 8” by 8” pan.  Chill and cut into squares.