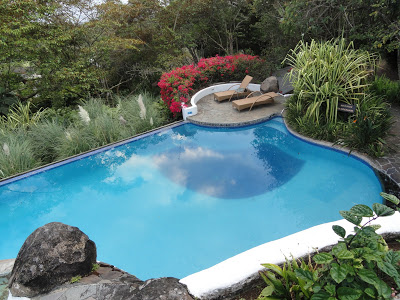 Destination: San Jose, Costa Rica
When we visited:  March 2011
Why to go:
Although we didn’t stay in the city of San Jose itself, we spent part of our holidays in the hills just north of the city.  We were thrilled that we did, because the beautiful hills and cooler days provided a wonderful counterpart to the warmer weather by the ocean.
What to see: 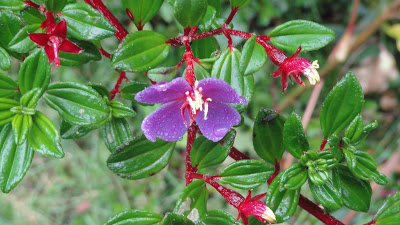 We hired a guide for a day, and Leo took us to the Poas volcano in the morning.  Although it was cloud-covered while we were there, we could just see the rim of this still-active volcano.  At an altitude of nearly 9000 feet, we enjoyed the short walk to the edge, seeing the hardy plants that live there (including Poor Man’s Umbrella and Monkey’s Tail fern).
In the afternoon, we shopped in the town of Sarchi, known for its crafts, particularly the hand-painted oxcarts typical of the region.  While we were in one shop, we watched an artisan painting a side of a cart with finesse. 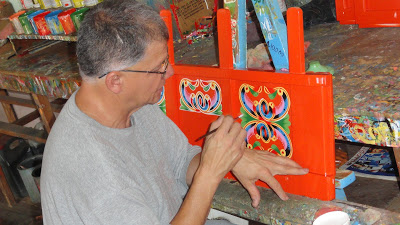 If we’d stayed longer, we would have loved some of the other excursions.    Finca Rosa Blanca is a working coffee plantation, and they offer a tour of their farm.  I still regret that we didn’t have the chance to visit a school in the local community, too.
Where to stay: 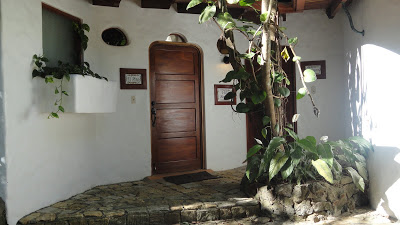 The hotel itself was the reason we spent several days near San Jose, and it’s a decision we didn’t regret.  It really is one of the loveliest properties we’ve ever stayed at, set in the quiet countryside less than half an hour from the city airport.  But it seemed miles from anywhere.  Each evening we sat out on our terrace, watching the twinkling lights of San Jose in the valley below, before walking down the leafy path to the hotel restaurant.
The pool was just two minutes from our room, but completely hidden behind the foliage.  With a built-in waterfall and a hot tub on the upper deck, it was a wonderful place to relax and enjoy the sun.
We loved the philosophy of Finca Rosa Blanca as much as anything.  They are devoted to sustainable tourism, unlike many properties that pay it lip service for marketing purposes.  Glenn and Teri buy most of their supplies from local merchants and support several schools and environmental causes.  They also have a number of initiatives in place to protect the water supply and to leave as small a trace on the environment as possible. 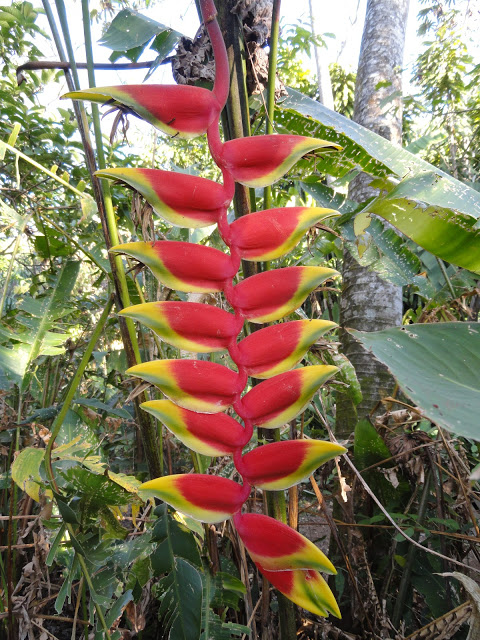 Where to eat:
Although we had a delightful lunch out in the village of Sarchi, the food at Finca Rosa Blanca was incomparable.  We ate all of our breakfasts on the restaurant’s beautiful, leafy terrace.  One of my daughters swore by the French toast, but I loved the Costa Rican breakfast with rice and beans.  And all three dinners we ate there were terrific.  The fish specials every night were great, but the steak and pork on the menu were equally good.  And the chef very graciously prepared a plain pasta for my daughter with less-adventurous taste buds.
P.S. If you read my guest post on the i-escape blog, the photos that accompanied it were supplied by them (except for the one of me).  But the photos on this post were all taken by Andrew!