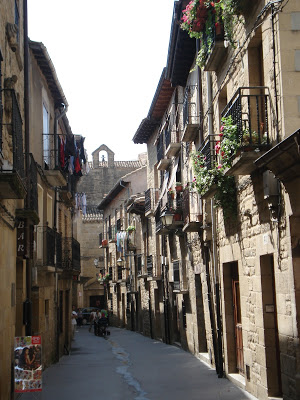 Laguardia, Spain is a bit off the beaten path. Unlike the other towns I’ve written about this month, it isn’t a major tourist destination.  But it’s well worth a short detour to visit this tiny village in the La Rioja region of Spain.
Laguardia is a medieval walled town that has changed very little over the centuries. In the tenth century, a castle was built on the site, two towers of which remain today.  In the thirteenth century the town was settled and the city walls were built.  Many of those original walls and buildings still survive. 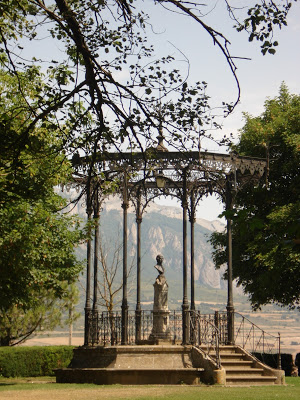 In the Middle Ages, villagers built tunnels under the city to store their food and as refuge during sieges.  However, this created instability and for that reason no cars are allowed within the town.  Now those tunnels are used as wine cellars. But because the grape harvest has to be carried on people’s backs, only two bodegas currently operate in town. 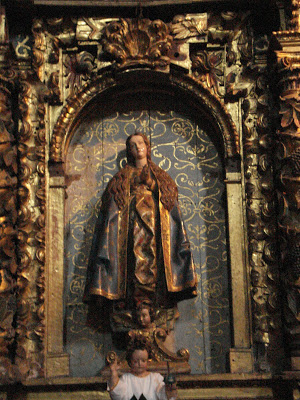 The medieval walls and cobblestone streets would be a good enough reason to visit Laguardia.  But it’s also home to the beautiful Church of Santa Maria de los Reyes.  Usually kept locked, the church is opened once a day for a Spanish-speaking tour.  Although we don’t speak Spanish, we took the tour for the chance to see the stunning carved gothic portico that leads into the church.  In the seventeenth century, a façade was built around it for protection, and that’s why much of the stunning colour has survived. 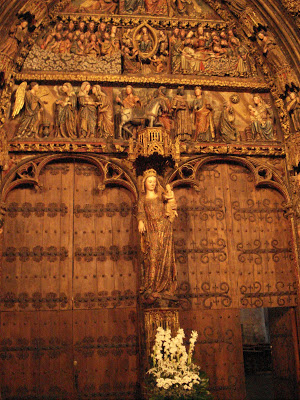 Laguardia is small enough that you can easily walk it completely in an hour or so.  But if you pause to admire the wonderful architecture and the beautiful views, you’ll be captivated for much longer. 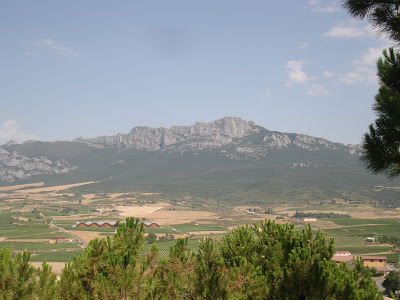 Leave a Reply to The Golden Eagle Cancel reply