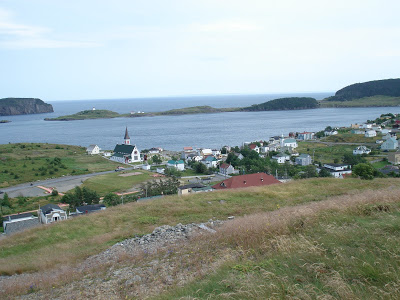 What’s not to love about a village where you can see both a pageant commemorating local history and an iceberg? 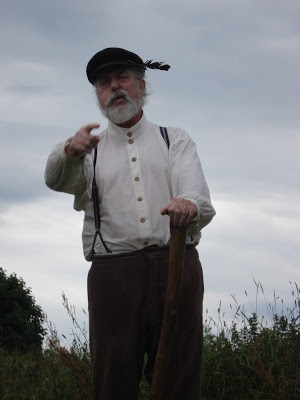 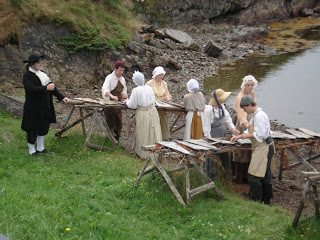 Trinity, Newfoundland was first settled in the sixteenth century, and later became an important centre for the fishing industry.  Today, it’s a major attraction for its summer theatre.  Rising Tide Theatre puts on a full array of shows, but none is more popular than its annual pageant.  This show is staged throughout the town, and the audience follows the performers to the church, the fishery and the harbour, sharing in moments both comical and tragic from the town’s history. The girls loved the pirate invasion; Andrew and I were moved by the tale of the fishermen who were frozen to death just off the shore. More than anything, the pageant demonstrates the perseverance and courage of the local community through years of hardship. 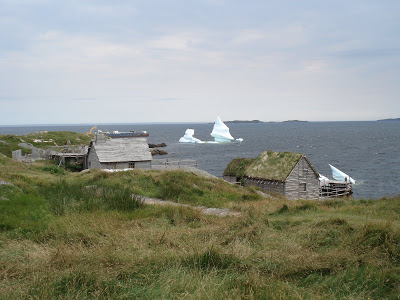 And that iceberg?  May is the time to visit Newfoundland if you’re looking for icebergs, but we managed to see a smallish one just outside of Trinity when we visited in August 2007.
We spent two nights in Trinity.  Much of its charm was simply in exploring – there are plenty of trails and historical buildings to discover.  And for all the excitement of a town pageant and an iceberg, the part I loved most about Trinity was walking in and around this tiny, well-preserved village. 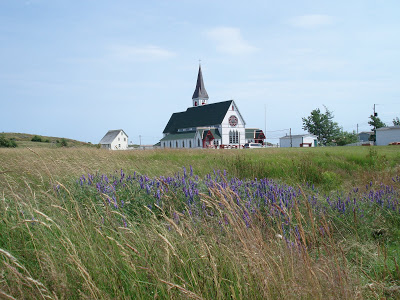