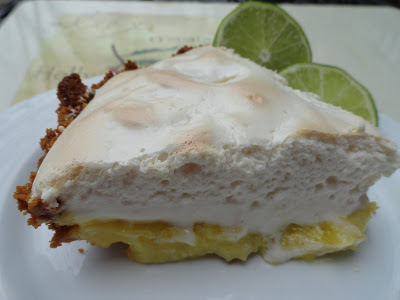 Most of the musicals I’ve written about are from the 1950s and 1960s, the heyday of Hollywood musicals.  Singin’ in the Rain, Oliver!, and Guys and Dolls fit into that time span. They also sounded the way people expected a musical to sound.
This week’s entry is a little outside the norm.  Although it was released in the same year as Oliver!, Yellow Submarine blazed its own path.  The plot is equally as psychedelic as the animation, and the Beatles’ music shocked traditionalists.  I can’t say it’s one of my favourites, but the girls loved this movie.  What child wouldn’t be amused by the Blue Meanies or thrilled by the idea of travelling in a submarine?
The words to “Lucy in the Sky with Diamonds” may or may not have been inspired by drugs (Paul said yes, John said no).  But to me they always sounded like a beautiful daydream in a stunning landscape, from the “marmalade skies” to “cellophane flowers of yellow and green”.  And didn’t you envy those rocking-horse people who ate marshmallow pies? 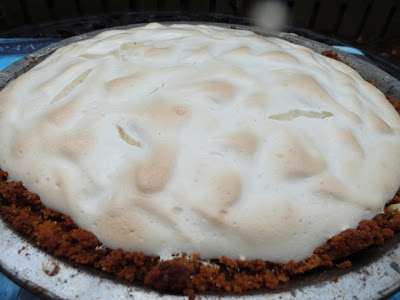 I loved this lime marshmallow pie.  The lime filling was so good that another time I’d make more (maybe increasing the recipe by one half, or even doubling it).  And the marshmallow topping was delicious enough to tempt even the girl with kaleidoscope eyes.
Lime Marshmallow Pie
(adapted from David Liebovitz’s Ready For Dessert)
Graham cracker crust:
1/3 cup butter
1 1/4 cup graham cracker crumbs
1 Tbsp sugar
Filling: (for even more lime flavour, double this!)
1/2 cup freshly squeezed lime juice
1/2 cup sugar
pinch of salt
3 large eggs
2 large egg yolks
6 Tbsp unsalted butter, cut into pieces
Grated zest of 2 limes
Topping:
1 envelope unflavoured gelatin
1/4 cup cold water (first amount)
1/3 cup cold water (second amount)
1/3 cup corn syrup
1/2 cup sugar
3 large egg whites
1 tsp pure vanilla extract
Preheat oven to 375 degrees.
To make the crust, melt 1/3 cup butter.  Add graham cracker crumbs and 1 Tbsp sugar, and stir to combine.  Press firmly into a 9” pie plate.
To make the filling, combine the lime juice, 1/2 cup sugar, salt, eggs, egg yolks, 6 Tbsp butter and the lime zest in a medium saucepan.  Cook over medium heat, stirring constantly, until the mixture thickens and the edges just barely begin to bubble. Pour the mixture through a mesh strainer into the crust.  Bake for eight minutes, until the filling is just set.
Remove the pie from the oven.  Position a rack in the upper third of the oven and increase the oven temperature to 450 degrees.
To make the topping, in a small bowl, sprinkle the gelatin evenly over the 1/4 cup cold water and allow it to soften and swell for 5 minutes.
In a small saucepan fitted with a candy thermometer, heat the remaining 1/3 cup water with the corn syrup and 1/2 cup sugar over medium-high heat.  When the sugar syrup reaches about 210 degrees, start whipping the egg whites.  When the egg whites are frothy and the syrup temperature has climbed to 245 degrees, remove the pan from the heat. Increase beater speed to high and, with the mixer running, slowly dribble the syrup into the whites, being careful to avoid pouring hot syrup on the beaters or side of the bowl.
Scrape the softened gelatin into the still-warm saucepan used to make the sugar syrup and stir until melted.  With the mixer running, slowly drizzle the gelatin into the egg whites.  Add the vanilla and continue to beat until the mixture is cooled to room temperature, 5 to 10 minutes.
Using a spatula, spread the topping over the foiling, creating swirls and billowy peaks. Bake until the topping is golden brown, 2 to 4 minutes
Serve at room temperature or chilled.