Valparaiso, Chile is a city that’s seen both highs and lows.  In the eighteenth century, it was a thriving town serving as a major port for ships travelling from the Pacific to the Atlantic Ocean via the Straits of Magellan.  But a serious earthquake in 1906 badly damaged the city’s infrastructure. And when the Panama Canal was completed in 1914, eliminating Valparaiso’s usefulness as a port, the city fell into long-term decline.  It has recently begun to revive, though, after being granted UNESCO World Heritage Site protection in 2003. 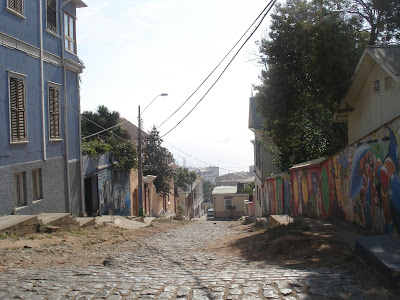 Built over a series of hills, Valparaiso really is a unique city.  Pedestrians often travel between levels using one of a series of funiculars.  Streets meander in a maze-like pattern, and are both cobblestoned and steep.  An afternoon’s walk delivered more than an adequate workout. 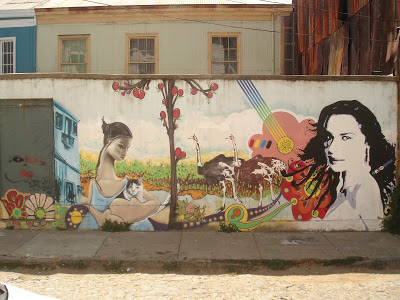 Despite the difficult walking conditions, Valparaiso was one of the most beautiful cities I’ve walked in, the reason being the street art.  The city is known for its colourful murals, hundreds of which cover public space throughout the city.  Some were personal statements, some were political, and yet others were whimsical (see the ladder and sofa below).  But in total they delivered an ongoing sequence of art that meant our afternoon was a constant set of discoveries.  Every time we rounded a corner, we hoped to find a new and unusual mural, and we were seldom disappointed. 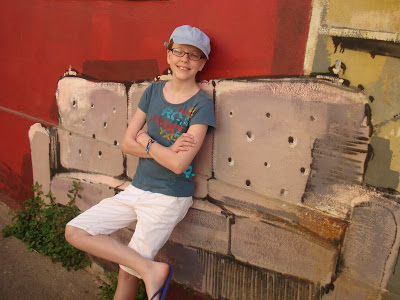 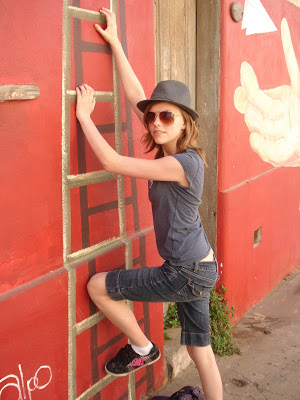