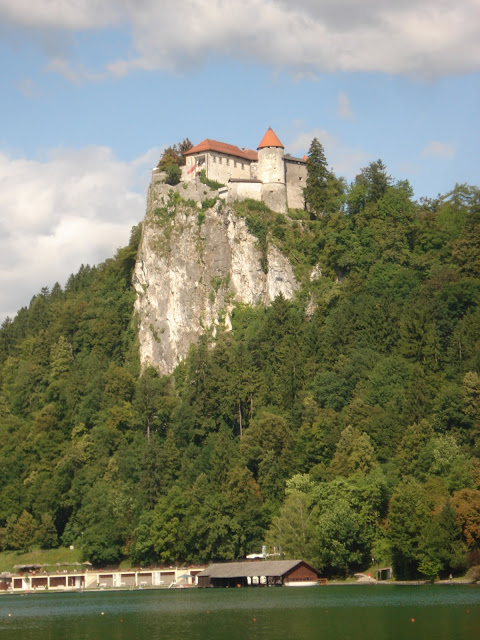 All castles are romantic by their nature, but the most romantic one I’ve ever seen was Bled Castle.  This seemingly inaccessible fortress sits high on a rocky ledge overlooking Lake Bled in the tiny, beautiful nation of Slovenia.
For all that it looks impossible to reach, we actually walked there.  One morning we decided to walk the perimeter of the lake and ascend to the castle.  Fortunately, we didn’t have to climb the rock face, since a path winds behind the castle and leads to the summit.  Once there, we stood on the castle terrace, taking in the stunning views of Lake Bled and the Julian Alps. 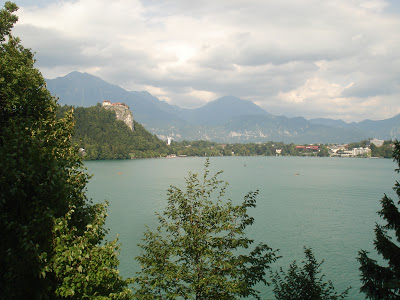 So often when I see something beautiful, I rely on the words of the great writers to express it on my behalf.  John Keats wasn’t writing about this castle, but he could have been when he imagined the following:
“You know the Enchanted Castle, – it doth stand
Upon a rock, on the border of a lake,
Nested in trees, which all do seem to shake
From some old magic-like Urganda’s Sword.” 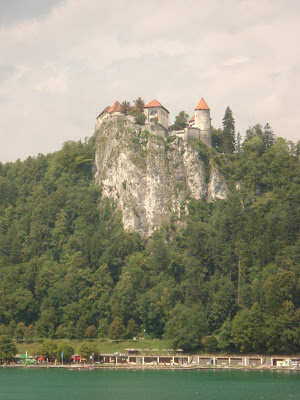 “You know it well enough, where it doth seem
A mossy place, a Merlin’s Hall, a dream;
You know the clear lake, and the little Isles,
The mountains blue, and cold near neighbour rills.”
– from “Epistle to John Hamilton Reynolds”, by John Keats 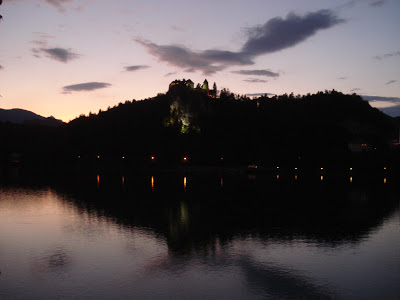