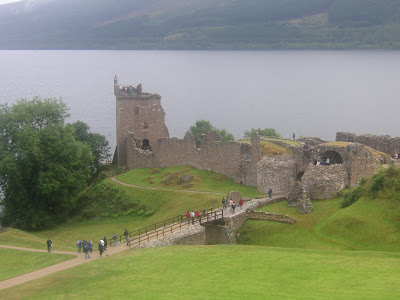 One of the greatest castles to visit in Scotland is Urquhart Castle.  Although the castle itself was blown up over 300 years ago, the location is so evocative and the view so famous that a visit to Scotland wouldn’t be complete without it. 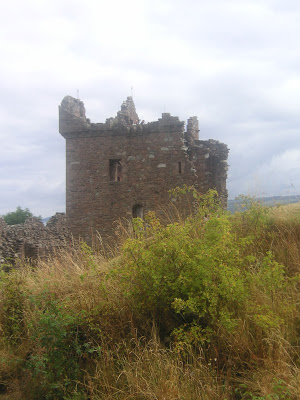 Unlike the other castles I’ve written about this month, there isn’t much to see at Urquhart.  Over its 500-year history, ownership passed from one side to the other countless times.  Early on, the Scottish and English fought for control.  Later, interclan wars resulted in the MacDonalds repeatedly invading from the western isles.  Finally in the late seventeenth century, as the government pulled their soldiers out, they blew up the building to prevent the Jacobites from using it as a fortress. 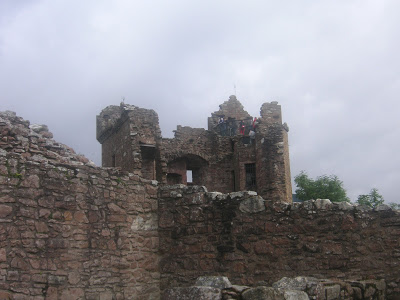 All that remains now is crumbling stone remains. The location is so peaceful, it’s difficult to conjure up the castle’s violent history.  We had to use our imaginations to picture what it must have been like for the local villagers, living through century after century of siege and tumult. 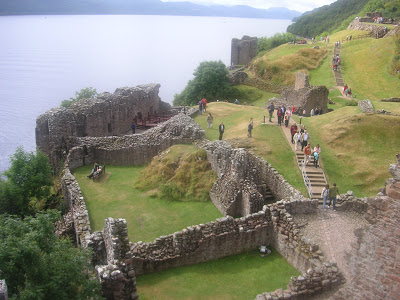 And using our imaginations also came in handy when we took in the view of lovely Loch Ness which Urquhart overlooks, and which is probably much more well-known than the castle.  No sightings of the Loch Ness monster were made by the Pollock family that day, although one of us wistfully claimed to have seen a fin.