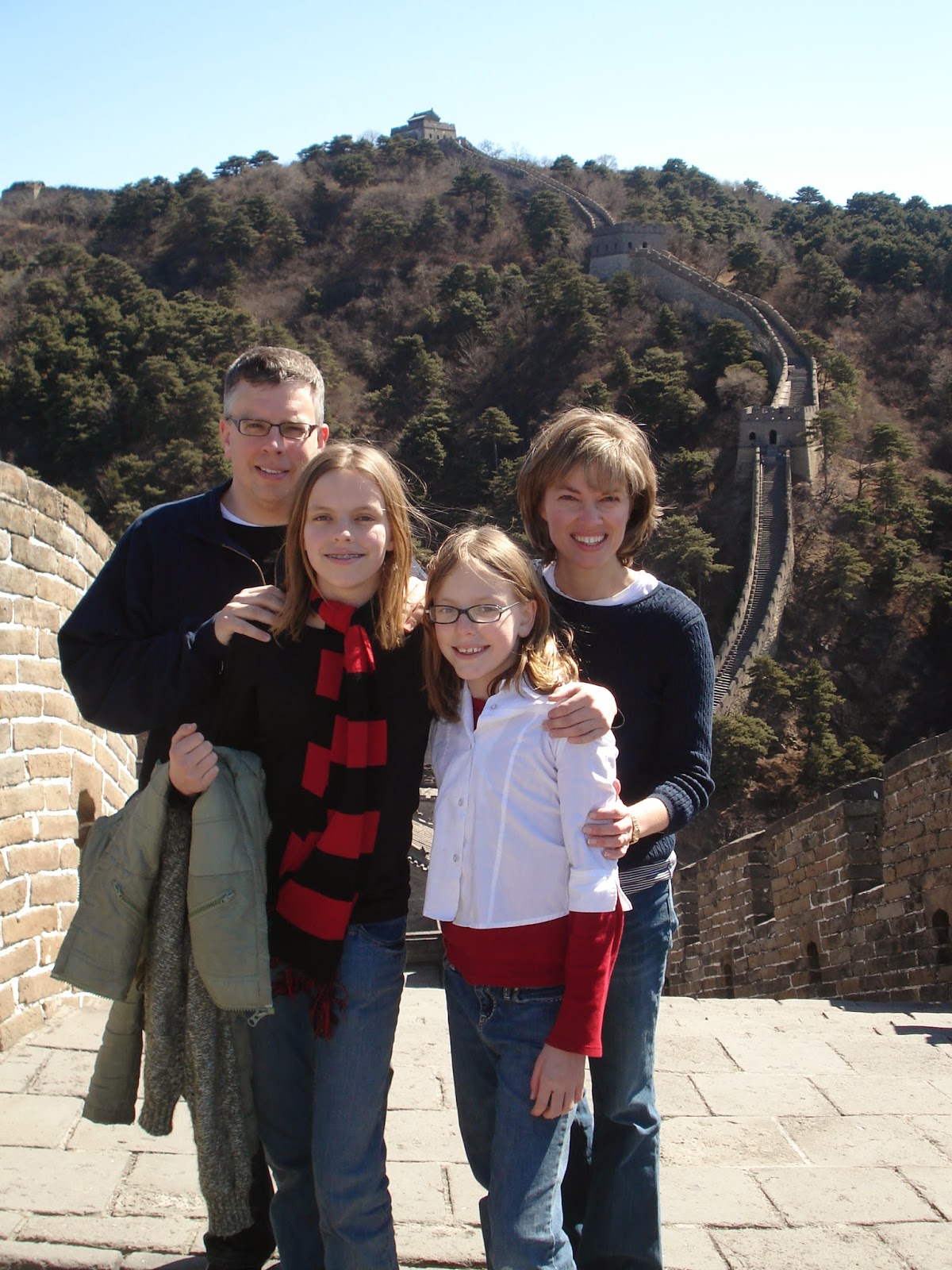 How is it possible that I’ve been writing about our travels for nearly two years, and I haven’t written about the Great Wall of China?  This month, I’ll be telling you about some of the breathtaking sights we’ve seen around the world.  None are more staggering than the Great Wall.
I never imagined I’d travel to China.  But that was before our dear friends, the Jay family, moved there in connection with Colleen’s job.  Suddenly, a destination that had seemed out of the realm of possibility was at the forefront of our imaginations.  In March 2008, we flew into Hong Kong and spent a couple of days there, then took the train to Guangzhou and visited the Jays before tackling the rest of the country. 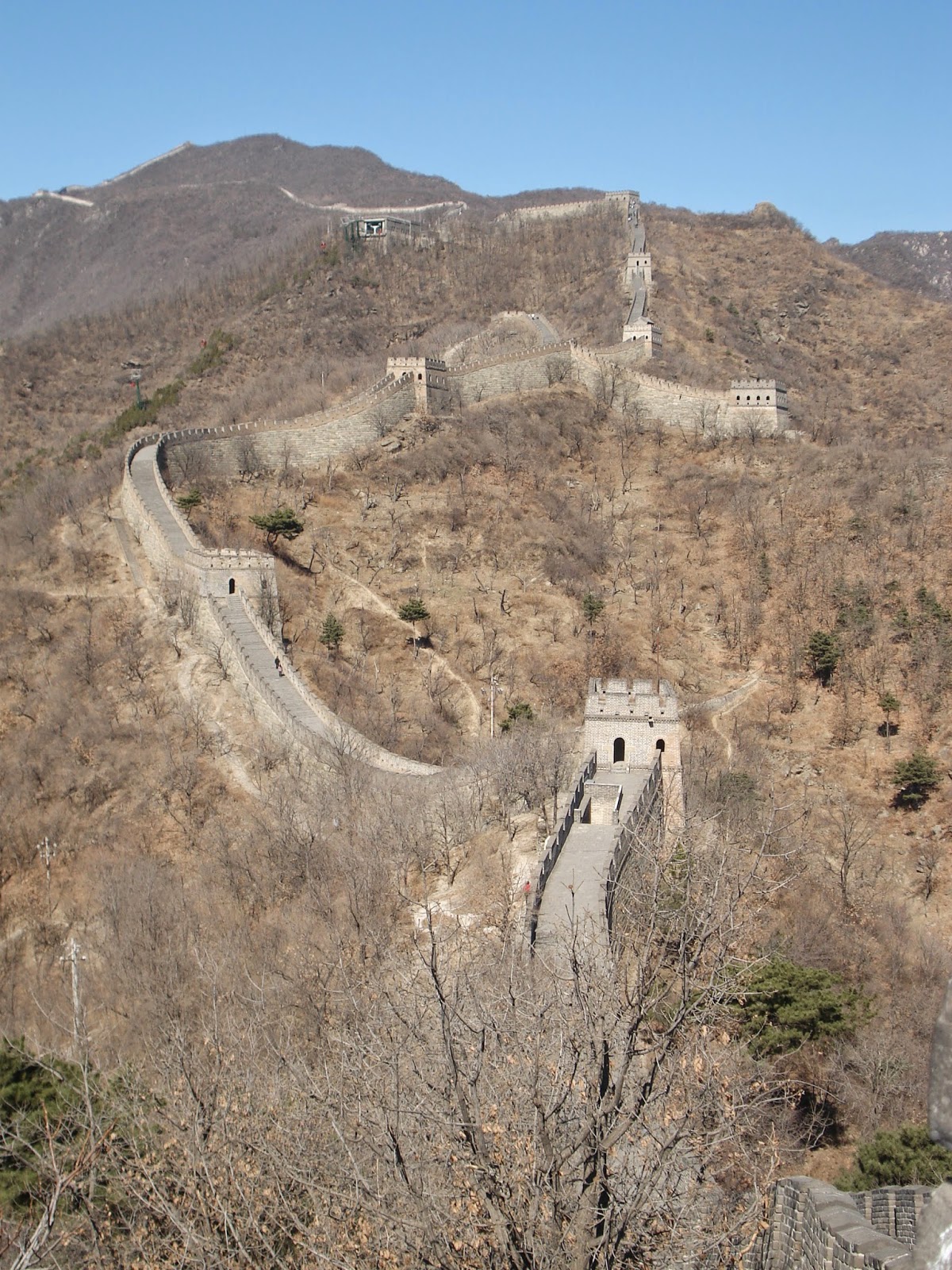 According to this plan, we ended up in Beijing last, which meant that we saw the Great Wall on the second-last day of our holidays.  That’s probably a good thing, because it might have overshadowed everything else we saw.  As much as we loved the rest of the country, I haven’t seen many sights in my life that could compete with the Wall.
We arrived at the Mutianyu section of the wall – a little further from Beijing, but much less crowded – with our adorable guide, Qing.  She took us up the gondola and we stepped off onto the wall.  Sections of the walkway were divided by watchtowers (the wall was originally built to protect China from invaders from the north).  We looked at the miles of wall that snaked ahead of us, and behind us, as far as we could see in every direction.
A picture really is worth a thousand words, and any words I could use to describe the Great Wall of China could only sound like a thesaurus definition for the word “stunning”.  I will only say one thing: there are a few places on earth that you can see pictures of, but not really understand, until you are there.   And the Great Wall is one of them. 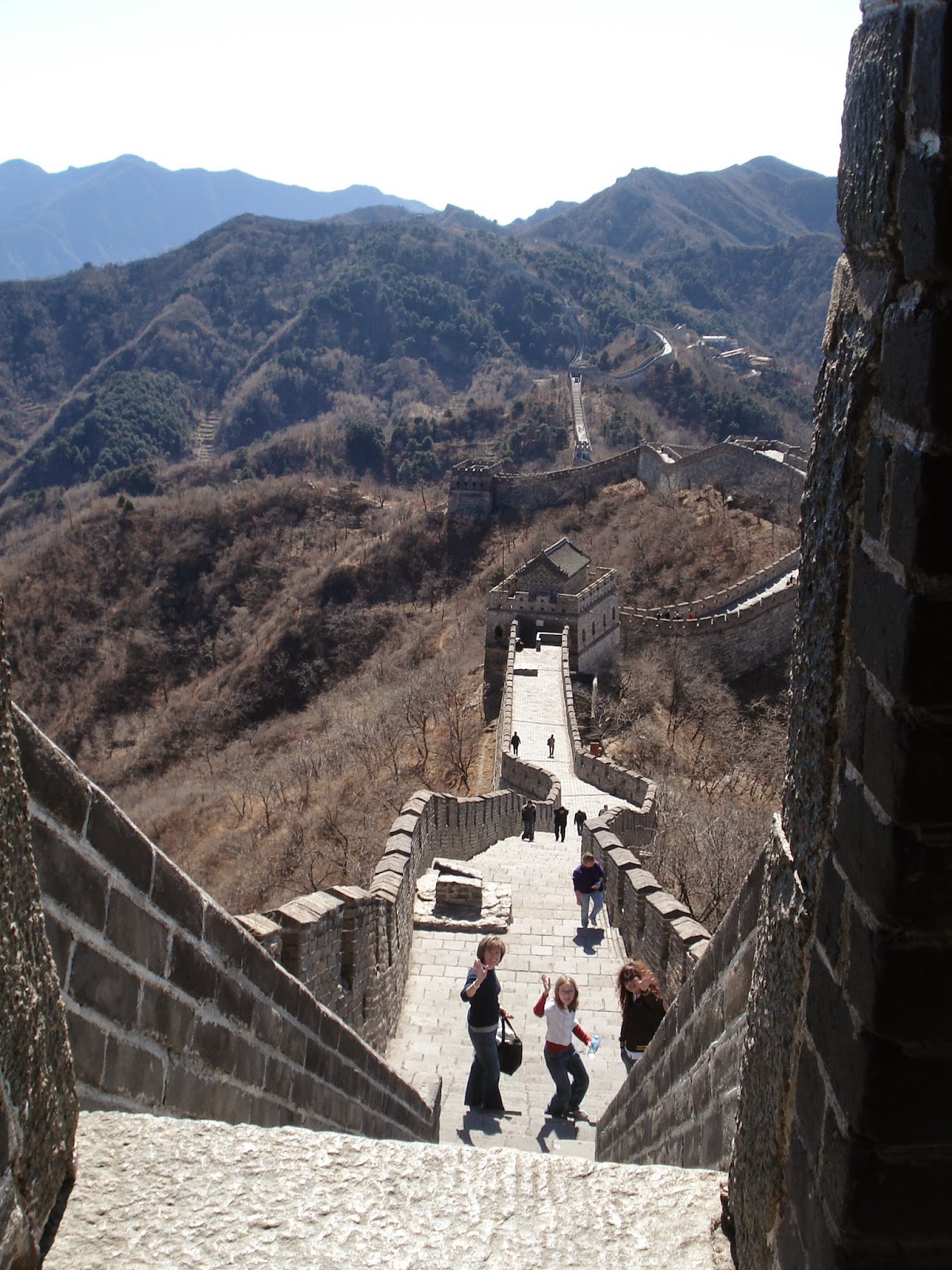