I haven’t written at all about our recent holidays to Saint Lucia.  It’s a gorgeous island from top to bottom, but the island is identified most strongly by its Pitons, the two mountains that stand side-by-side along the west coast.  Together they form the biggest part of Saint Lucia’s only UNESCO World Heritage Site.

We had planned a family hike up one of the Pitons when we visited in March.  A certain level of commitment is required to do this, not the least of which is being ready to leave the resort at 6:30 am.  (Due to the heat, climbing has to be done early in the day.)  I’m usually more than eager to set off on adventures, no matter how early.  However, I slept poorly and wasn’t feeling well, and was disappointed to have to cancel.  (I did enjoy beautiful views of the Pitons from my yoga class on the beach.)
Gros Piton (literally translated as Large Peak) is the only one that the government of Saint Lucia permits tourists to climb.  Although it’s taller than Petit Piton (at over 2600 feet), it’s less steep, and therefore accessible to the casual hiker.  The rest of my family tackled the mountain with an able guide who has climbed it hundreds of times.
On the way up and at the summit, the hikers were rewarded with stunning views of the Caribbean Sea and the island. The climb was arduous (they were gone until 1:00) and the day was hot.  I applauded their resolve when they returned, and I tried not to mention the beautiful views from my yoga class on the beach. 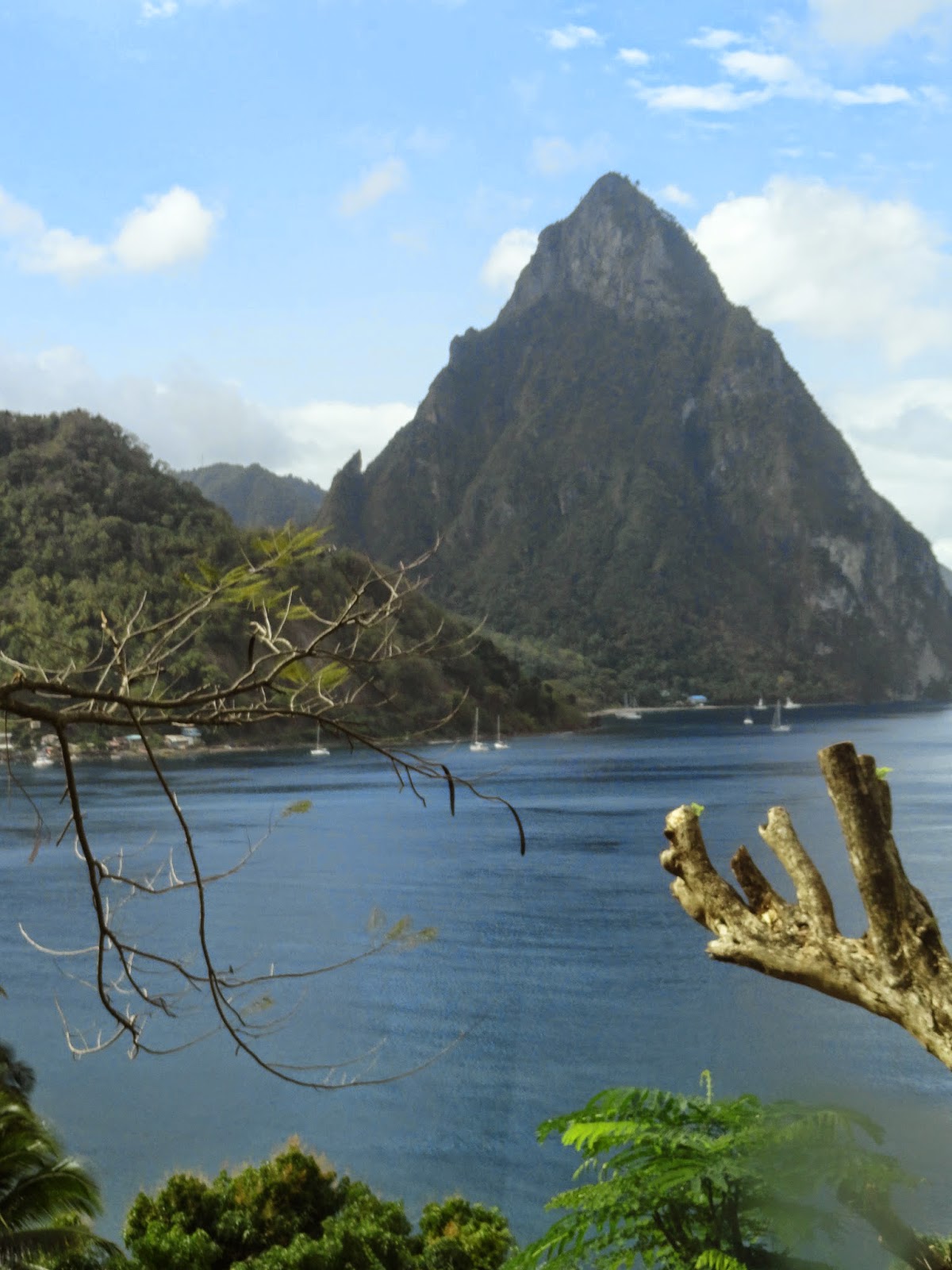