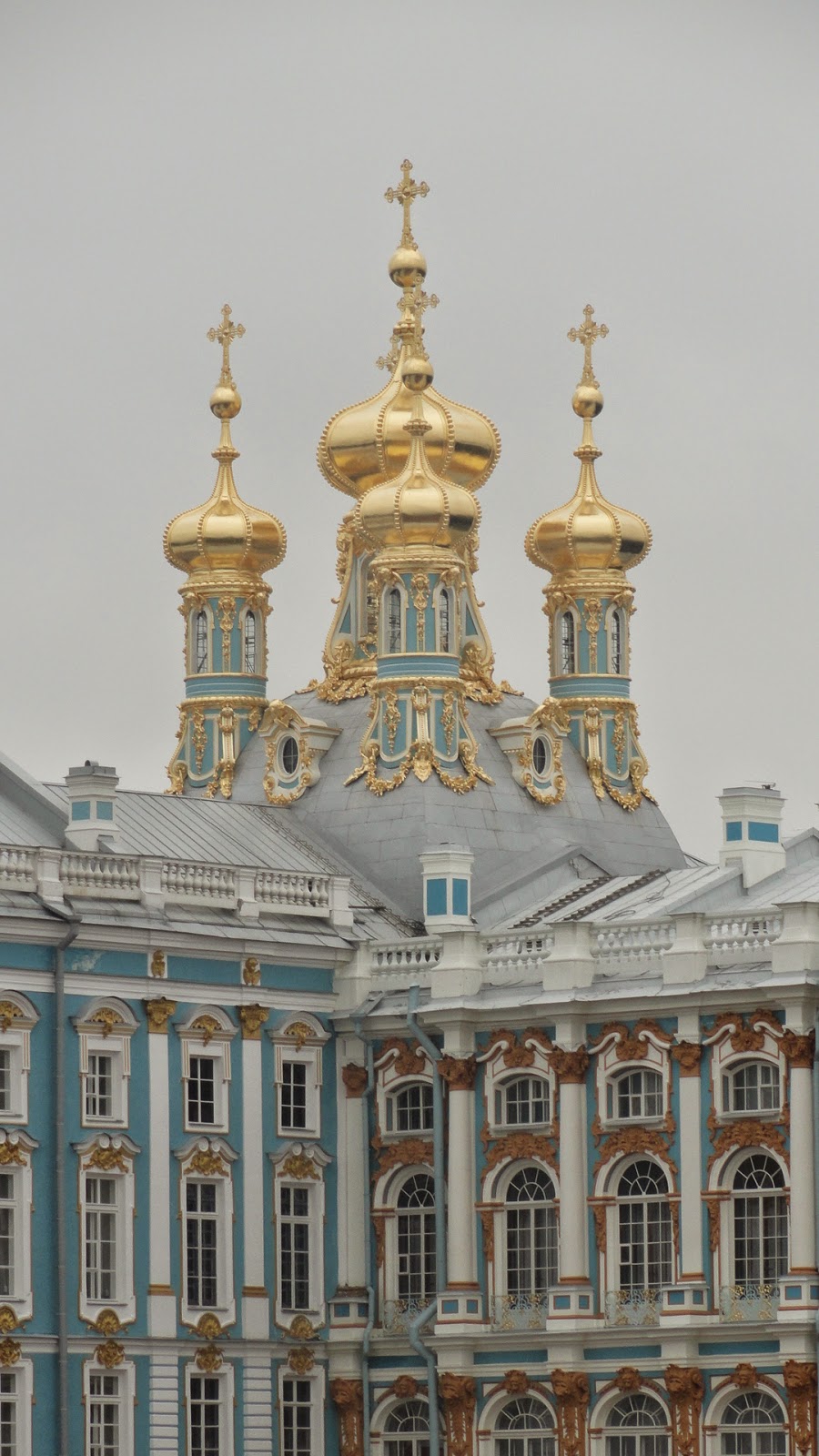 This month I’ll be writing about four incredible works of architecture that we’ve seen, and I’ll start with Russia’s impressive Catherine Palace. 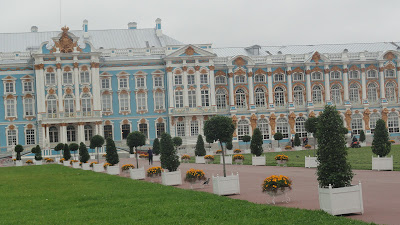 We visited the Catherine Palace, a short drive from St. Petersburg, in August 2011.  This palace had a modest beginning when it was first built by Catherine I.  Her daughter, Empress Elizabeth, thought it was much too simple.  In the mid-eighteenth century, she essentially had it torn down, then rebuilt by a series of four architects.  An enormous sum of both state money and her own resources were used in its creation. 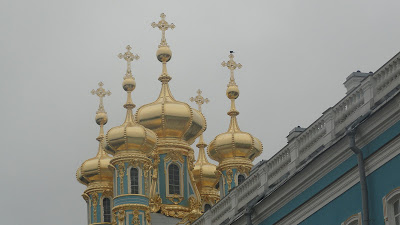 The result was a staggering array of extravagance that stunned both her countrymen and the foreign politicians who visited.  The exterior was coated with over 100 kg of gold and the building is 325 meters (nearly 1000 feet) long; inside, every room was decorated in a manner that matched the exterior’s opulence. 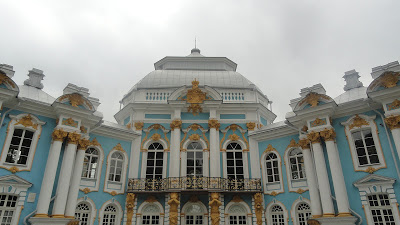 The saddest part of the history of this glorious building occurred during the Second World War.  After the terrible siege of Leningrad, retreating Germans annihilated the interior of the palace.  Fortunately, prior to the war many of its contents had been noted and archived.  When restoration work began about thirty years ago, restorers relied on these archives to achieve as accurate a result as possible.  Currently, about half of the rooms have been redecorated to their former beauty.
The Catherine Palace is one of the most popular sights in St. Petersburg, for good reason.  The regal exterior with its golden domes is a good indication that the interior will be equally breathtaking.  Although we weren’t permitted to take photos in the one-of-a-kind Amber Room, we could in many of the other rooms. 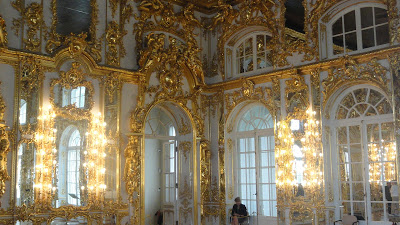 The Great Hall is almost 1000 square meters in size (nearly 10,000 square feet) and spans from one side of the building to the other.  That means a lovely view is possible from both sides of the room, and a maximum of light flows in. 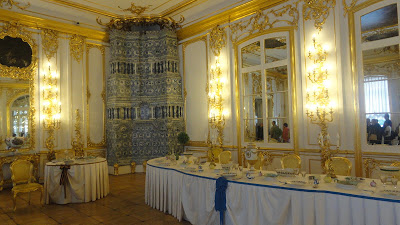 The Cavalier’s dining room was used for small balls and gatherings.  Notice the mirrored walls: it was considered to be too small, so they used mirrors, windows and lighting to make the room seem bigger!