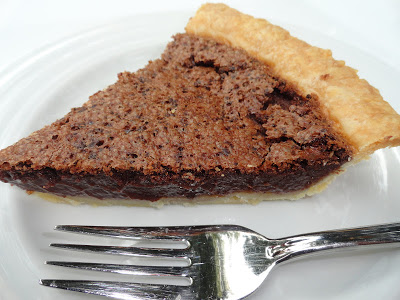 When I travelled in Europe in 1987, my trip ended with ten days in London. I had met my friend Ruth on a Contiki tour at the beginning of my journey, and soon found out she was a fan of live theatre, too.  She’d already been to London, and couldn’t say enough about Chess, the musical that was taking London by storm.
I wasn’t sure – there were so many great musicals playing, and I’d never even heard of Chess – but I went with her recommendation, bought a same-day half-price ticket and found myself in the theatre.  Three hours later, I came out, having been blown away by one of the most moving, clever and brilliant musicals I’ve ever seen.
The story is of an American chess master battling a Russian opponent, and the woman who is caught between them. The lyrics are very funny, the music is catchy, and the story is unforgettable.  But Chess remained a West End phenomenon.  A completely rewritten version ran for just two months on Broadway; it has never really found any success outside of London.
The music is unlike nearly any other musical I’ve seen – brilliant and brash, profound and profane.  None of the characters are standard good guys, as they all come to the tournament with some kind of emotional baggage and leave even more damaged.  And all these years later, the music is as vivid as when I walked out of the theatre in 1987. 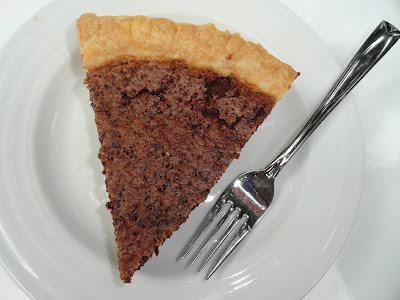 Chess pie is a traditional southern U.S. dessert, and I hadn’t even heard about it until recently.  It’s very simple; once you’ve made the pie crust, everything else is simply stirred together and poured in.  I loved the pie almost as much as I loved the musical, and you can be sure I’ll make it again.  The best strategy to make sure you get your fair share?  Just prepare a good opening gambit, and don’t forget to protect your pieces (of pie).
Chocolate Chess Pie
(from Ezra Pound Cake)
1 unbaked 9” pie shell (preferably homemade)
1 1/2 cups sugar
3 heaping Tbsp cocoa powder
pinch of salt
5 ounces evaporated milk
1/4 cup butter, melted
2 eggs, beaten
1 tsp vanilla
Preheat the oven to 350 degrees.
In a medium-sized bowl, whisk together the sugar, cocoa and salt.  Add the evaporated milk, melted butter, eggs and vanilla.  Stir together until everything is completely combined.
Pour the filing into your pie shell and bake for 45 to 50 minutes.  If necessary, cover it with aluminum foil partway through to avoid getting too dark.  When the pie is finished, it will be set but still a little jiggly in the centre.
Cool the pie on a wire rack.  Serve it warm or chill for a few hours before slicing.