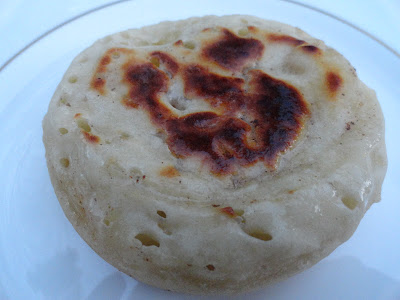 We live about a two-hour drive from Stratford, Ontario, which hosts the Stratford Theatre Festival every year from May to November.  They put on some terrific shows, and my girlfriends and I go once a year to take in a Shakespearean play.  I often go with my family, too, starting the year my youngest daughter was six.  And our family tradition has been to see a musical.
The first show we took the girls to was My Fair Lady.  I’ve been fond of My Fair Lady since my grade five class performed some of the songs in a massed choir performance called “Maytime Melodies”.  I’m not sure why they thought it would be a good idea to have a bunch of ten-year-olds singing lyrics like this:
“The Lord above gave man an arm of iron
So he could do his job and never shirk.
The Lord above gave man an arm of iron, but
With a little bit of luck
With a little bit of luck
Someone else’ll do the blinkin’ work.”
So why did Andrew and I decide to take the girls to this show as their first musical?  The music, as written by the talented team of Lerner and Loewe, really is wonderful.  If you prefer romantic songs, you’ll love “I Could Have Danced All Night” and (sigh) “On the Street Where you Live”.  If you like livelier music, there’s “You Did It” and “Get me to the Church on Time”.  And the aforementioned “With a Little Bit of Luck”.
The other reason we had to see the show was the cast.  Playing Eliza Doolittle was Cynthia Dale, stage performer and erstwhile star of Street Legal. (Only my Canadian friends will know that reference, but it’s a good one.)  And playing Henry Higgins was Colm Feore, one of the great Canadian actors.  His performance completely defined the misogynistic Higgins for me. 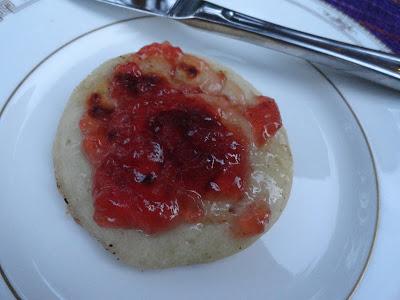 Late in the show, Eliza thinks about life without Higgins and realizes she can live on her own.  She sings,
“There’ll be spring every year without you.
England still will be here without you.
There’ll be fruit on the tree
And a shore by the sea
There’ll be crumpets and tea without you.”
I can’t think of a more traditionally British meal than crumpets and tea.  I found this recipe on the King Arthur Flour website, and we loved these delicious crumpets for breakfast.  I halved the recipe, because I couldn’t imagine the need for 20 crumpets, but you can find the entire recipe on the link below.  Mine didn’t develop as many air holes as theirs, and they were slightly thicker because I used a 3” ring mold rather than a 3 3/4” English muffin ring.  Regardless, they were great.  Try these, and you too will be wondering if the Rain in Spain stays mainly in the Plain.
Crumpets
(adapted from the King Arthur Flour website)
Ingredients:
3/4 cup lukewarm water
1/2 cup lukewarm milk
1 Tbsp melted butter
1 3/4 cups all-purpose flour
1 1/4 tsp instant yeast
1/2 tsp baking powder
1/2 tsp salt
Directions:
Combine all of the ingredients in a bowl and beat vigorously for 2 minutes.
Cover the bowl, and let the batter rest at room temperature for 1 hour.  It will expand and become bubbly.  Toward the end of the rest, preheat a frying pan or griddle to medium heat.
Lightly grease the frying pan, and place well-greased 3” ring mold (or 3 3/4” English muffin mold) in the pan.  Pour sticky batter by the scant 1/4-cupful into each ring.
After about 4 minutes, use a pair of tongs to slip the rings off.  Cook the crumpets for an additional 6 minutes on the first side, until their tops are riddled with small bubbles/holes.  They should be starting to look a bit dry around the edges.
Turn over and cook for an additional 5 minutes, to finish cooking the insides and to brown the tops gently.
Remove from the pan, and repeat with the remaining batter, until all the crumpets are cooked.  Serve warm, with butter, or butter and jam.  If you prefer, cool completely, wrap in plastic and store at room temperature.  To enjoy, warm in the toaster.
Yield: about 10 crumpets.