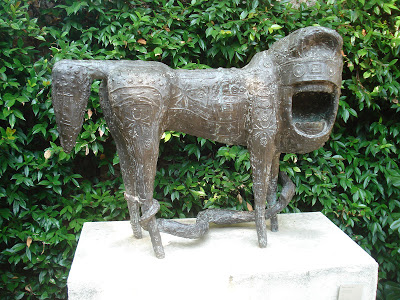 Large museums can be a wonder.  They often have huge collections spread over multiple wings, and a number of important works of art that can’t be missed.  But sometimes for those very reasons, they can be overwhelming.  Some of my favourite museums have been smaller ones, where I can take my time, slow down from speed-browse gait, and really reflect on the art that I’m seeing.
The Peggy Guggenheim Collection in Venice is one such intimate museum, and I fell in love with it the first minute I stepped through the gates. 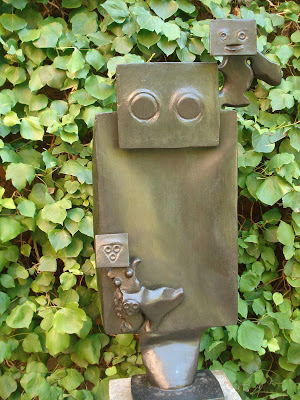 Peggy Guggenheim was a member of the New York Guggenheim dynasty, and her life was full of people and events that were truly larger than life.  Her father was one of the victims on the Titanic. As a young woman, Peggy lived in London and Paris, where she amassed a large collection of art.  She met Samuel Beckett at a dinner party hosted by James Joyce; she and Beckett had a brief affair, but his biggest influence on her was encouraging her to focus on modern art.  Peggy intended to open a museum in Paris, but fled the city just a few days before the Nazis invaded.  She was instrumental in promoting the careers of a number of artists, most notably Jackson Pollock, and married the German painter Max Ernst in 1941.
After divorcing Ernst a few years later, she moved to Venice and settled herself and her collection in a beautiful palazzo.  After her death, the building was converted into a museum, and the gallery opened to the public. 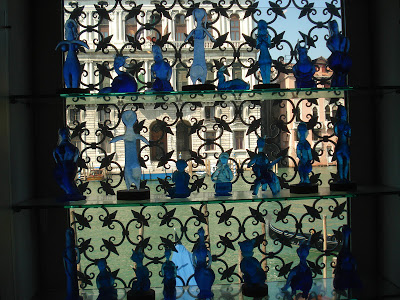 One of my favourite elements of her collection is the outdoor sculpture garden.  The sculpture at the top of this post, Lionby Mirko Basaldella, reflects the name of her home, Palazzo Venier dei Leoni. 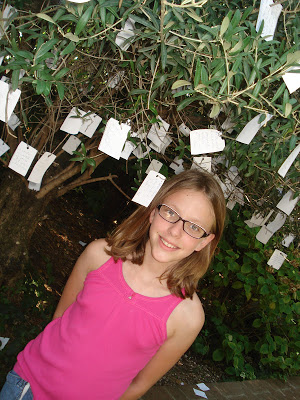 And the most popular feature of the garden is Wish Tree, designed by Yoko Ono.  This tree is covered in pieces of paper on which people have written their wishes.  Reading through earlier entries revealed a list that ranged from the extravagant to the poignant.
I didn’t hang a wish on the tree.  But if I had, I might have used it to ask if I might return to this beautiful museum someday. 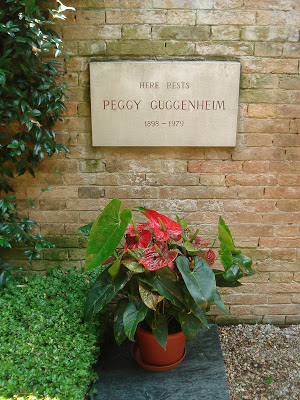