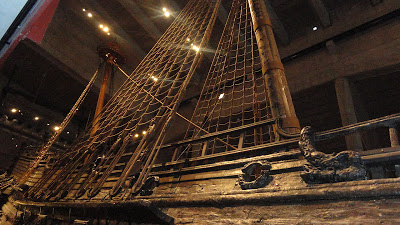 We’ve visited a lot of museums on our travels – perhaps more than the younger Pollocks might have wished – but I haven’t written much about them.  Often museums forbid photography, and even when it’s allowed, the pictures don’t always turn out well.  But this month I’ll try to rectify this omission by writing about a few museums we’ve seen.
The Vasa Museum in Stockholm, Sweden was built specifically to house the Vasa, a ship that sank in 1628 and wasn’t retrieved until 1961. 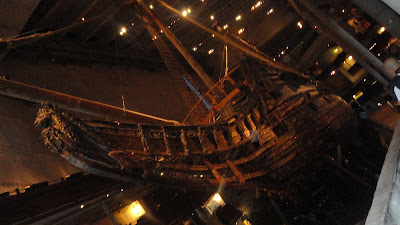 King Gustavus Adolphus commissioned this ship to head up the fleet that was involved in the Thirty Years’ War in the Baltic region.  Sweden had had success with smaller vessels, but the king wanted a monumental ship that would strike fear into the hearts of his enemies.  And he wanted it immediately.
From the beginning, his orders were to build the ship as big as possible, as ornate as possible, and as quickly as possible.  The Vasa was loaded with more ammunition than any other Swedish ship of the time.  Enormous sums of money were spent on decoration; for example, nearly 500 sculptures decorated the exterior of the ship, including renditions of lions, Roman emperors and Biblical symbols. 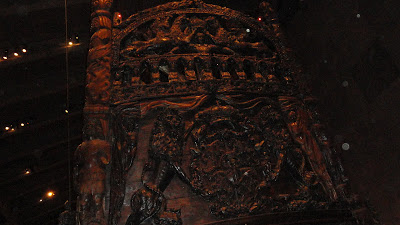 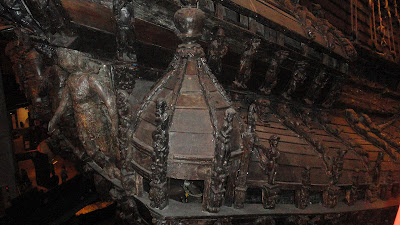 A stability test was ordered late in the ship’s construction.  The testing was cut off shortly after it began because they were afraid the ship would capsize.
You can see this one coming, right?
The Vasa’s maiden voyage was on August 10, 1628.  A huge crowd had gathered on the shore to watch it sail away including the king, many of the foreign dignitaries that he hoped to impress, and hundreds of commoners who wanted to be present for the launch. 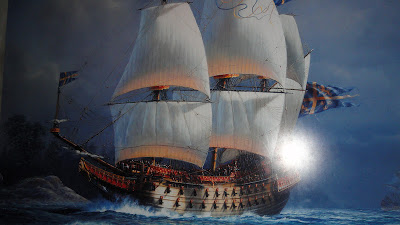 Everything started well.  There was barely a breeze as the Vasa set sail.  Truly, this was a ship like no one had seen before.
It left the protection of the harbour, and that’s when the problems started.  A gust of wind knocked the ship off-balance.  The crew quickly reacted and righted it.  Danger averted. 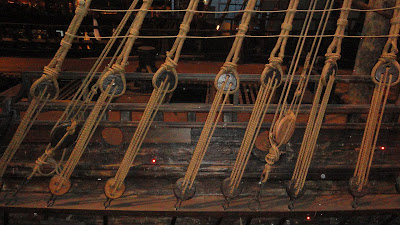 But a minute later, another stronger gust assailed the Vasa.  The mighty ship began to list and a lower deck started to take on water.  This caused it to list even more and, in full view of the dazed spectators, the Vasa sank.
Unbelievably, the ship had travelled only 120 metres from shore.  Rescue ships were sent out immediately and some crew members were rescued, but at least thirty people died.
The Vasa stayed on the bottom of the ocean for 333 years.  In the mid-twentieth century, rescue technology was sophisticated enough to attempt a retrieval.  After years of preparation, the ship was pulled to the surface and stored in temporary quarters, until a new museum was designed and built in 1990. 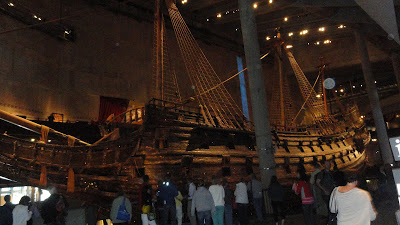 We loved seeing the Vasa, still majestic all these years later.  In fact, we were so impressed that the rest of my family wrote a poetic homage to it (because that’s what our travels are all about: been there, took the photos, wrote the limerick).
“In Stockholm, the Vasa was grand
They cheered and they struck up the band.
But the Swedish King cussed
When an innocent gust
Made her sink twenty minutes from land.”