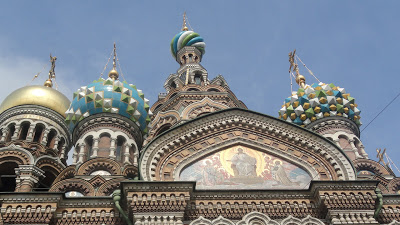 St. Petersburg’s Church on Spilled Blood is one of the most stunning places of worship I’ve ever seen.  It also has one of the most dramatic histories; there aren’t many buildings that have survived near-destruction as many times as this one. 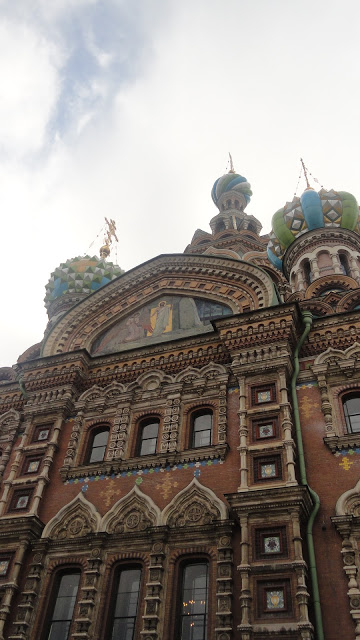 Even its beginnings were violent.  The Church on Spilled Blood, also known as Church of the Saviour on Spilled Blood, was built on the site where Tsar Alexander II was assassinated in 1881.  And like so many great buildings in Russia, it was badly damaged in the twentieth century.  In the first world war, it was looted.  In the second world war it was used as a temporary morgue during the German Siege of Leningrad.  It was also used as a warehouse for vegetables, which explains its nickname “Saviour on Potatoes”. 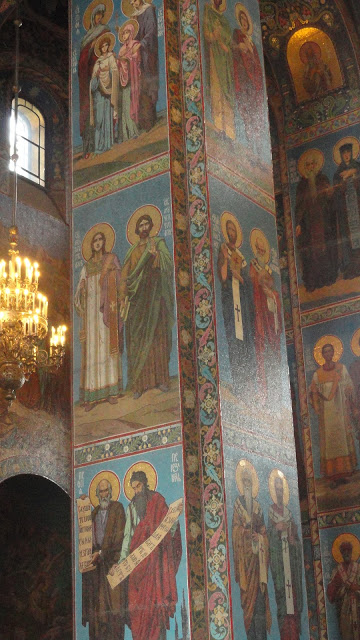 The exterior was built to resemble Moscow’s St. Basil’s Cathedral, and it is striking.  But it’s the interior that really dazzles, as it is covered with over 75,000 square feet of mosaics.  Numerous biblical stories are played out on pillars, arches, walls and ceilings. 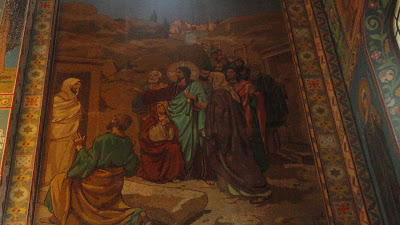 Restoration work began in 1970 and finished 27 years later, although the church was never reconsecrated.  It is designated as a Museum of Mosaics.  But given its tumultuous history and breathtaking visuals, it could only be known by a moniker as dramatic as Spilled Blood. 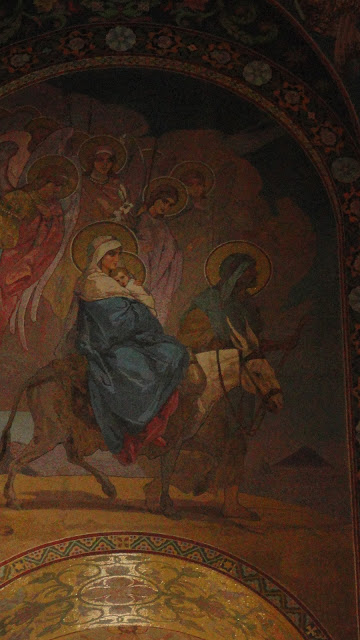