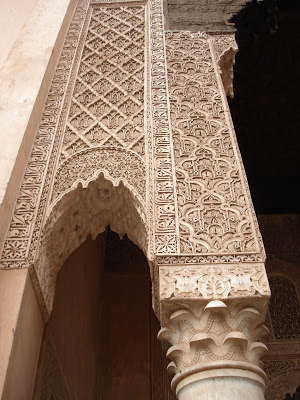 This month I’ll be writing about stunning architecture, and I’ll begin with the Saadian Tombs in Marrakech, Morocco.

Built in the time of Sultan Ahmad al-Mansur in the late sixteenth century, it’s one of the few structures from his reign not to have been destroyed.  A later sultan, Moulay Ismail, looted almost all of the buildings erected in al-Mansur’s dynasty.  However, he was reluctant to destroy the mausoleum because he was superstitious about grave robbery.  Instead, he sealed off the complex, and it remained that way for several hundred years. 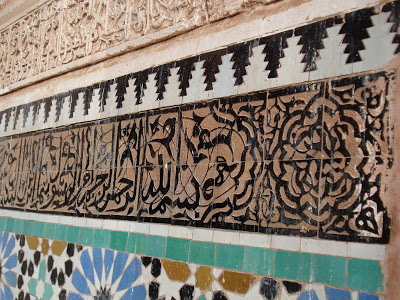 It wasn’t until 1917 that an aerial map alerted a general to the tombs.  They were unsealed and restored to their original beauty.  And that’s a high standard, considering the mausoleums were built with imported Italian Carrara marble, and the archways were lined with pure gold. 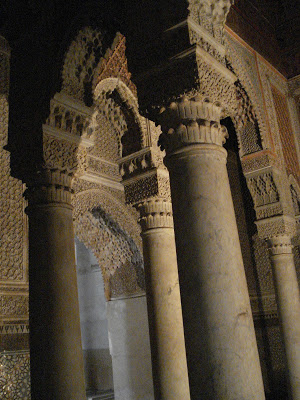 Central Mausoleum holds the spectacular Hall of the Twelve Columns, where the sultan himself and his closest family members were buried.  In all, sixty members of the Saadi dynasty were buried in two main mausoleums, while another hundred were buried in the adjacent courtyard. 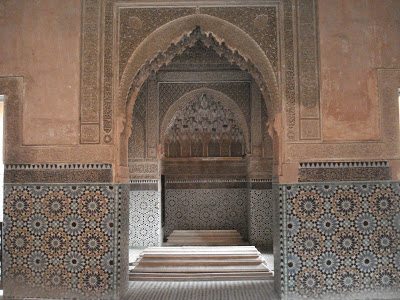