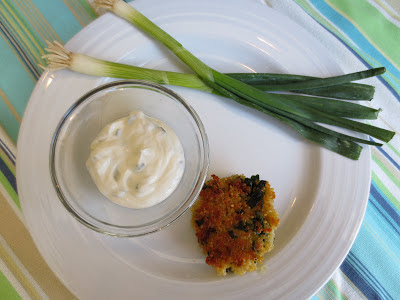 We’re going outside without jackets, the snow is melting, and we’re remembering that there is indeed grass under all that snow.  We’re starting to see our neighbours again after staying inside through the winter.  It’s sunny, it’s windy, and the air smells fresh and young.  What other season could it be?

I’m finding myself cooking with ingredients like green onions and lemons, too.  I didn’t deliberately choose this recipe because of the spring connection, but it sounded so fresh and delicious that I couldn’t pass it up.  It was a huge hit, and I’ll definitely make it again soon.  Perhaps to commemorate the day that the calendar tells me it’s officially spring.

In honour of my favourite season, I present this poem, and this recipe:

If ever there were a spring day so perfect,
so uplifted by a warm intermittent breeze

and unlatch the door to the canary’s cage
indeed, rip the little door from its jamb,

seemed so etched in sunlight
that you felt like taking

a hammer to the glass paperweight
on the living room end table,

releasing the inhabitants
from their snow-covered cottage

so they could walk out,
holding hands and squinting

into this larger dome of blue and white,
well, today is just that kind of day. 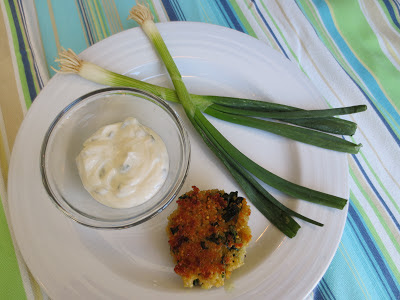