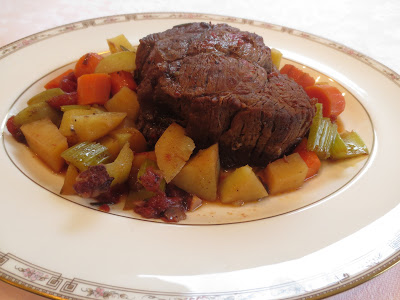 Andrew’s favorite musical is one we saw in New York City in 1994, on a trip with our dear friends Garth and Colleen Jay.  As soon as Andrew heard Damn Yankees was playing on Broadway, we knew we’d get tickets. It had an amazing cast, starring Bebe Neuwirth as Lola and Victor Garber as Mr. Applegate, with fun musical numbers that include “You Gotta Have Heart” and “Two Lost Souls”.
In the show, Joe Boyd roots for the Washington Senators who always lose to the New York Yankees. He says he’d sell his soul “for one long ball hitter”, and Mr. Applegate (aka the devil) appears, to grant him that wish.  Joe Boyd turns into the young phenom Joe Hardy, who is poised to take the Senators to the World Series.  Is he successful?   That wasn’t even the biggest question posed in the musical, as Joe tries to break his contract so he can win back his soul and return to his beloved wife Meg.
Despite optimistic pre-season predictions, our hometown Blue Jays are once again trailing those Yankees in the standings.  However, I won’t be making any rash promises to Mr. Applegate or any other salesman in return for one long ball hitter.
This Yankee pot roast was a winner.  It swung for the fences and was a real home run with my family.  Best of all, I’ve included the recipe below, so you won’t have to sell your soul to make it. 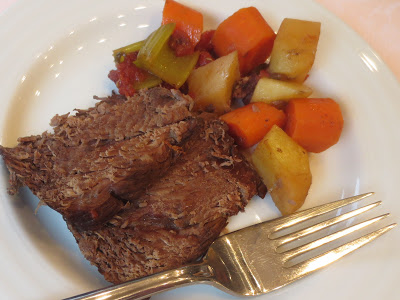 Pat beef dry, season with salt and pepper, and add to saucepan.  Increase heat to medium-high and turn to brown meat on all sides.  Transfer to a roasting pan.
Reduce heat to medium, add 2 Tbsp butter to pan, and add onion.  Cook, stirring occasionally, until onions turn translucent (about 6 minutes).
Add garlic and rosemary, and cook about 2 minutes.  Add wine, water and bay leaves, and cook about 1 minute, while scraping brown bits off the bottom of the pan with a wooden spoon.
Add tomatoes and mix to combine.  Pour over beef in the roasting pan.  Cover, transfer to oven, and cook until beef is almost tender, about 3 hours.
Remove from oven and remove bay leaves.  Add bacon, potatoes, carrots and celery around the roast.  Cook until vegetables are tender, about an hour more.  Remove beef from pot and let sit 15 minutes, then slice against the grain.