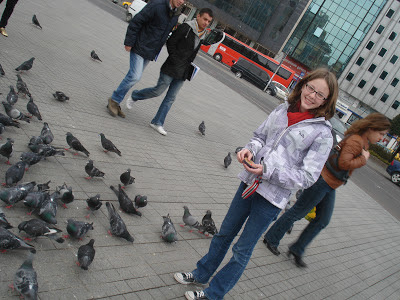 As I wrote last week, travelling makes the world seem smaller, and sometimes helps me understand what’s happening internationally.  The downside is that sometimes it means my heart is breaking as I read the news.
This week, Istanbul’s Taksim Square has been in the headlines.  What began as a protest against the removal of trees from a city park has turned into a widespread protest against the government, and a subsequent crackdown on the demonstrators.  And what might be just another international story becomes personal as I remember our family stopping in Taksim Square on an ordinary day to feed the pigeons.  From there, we walked down the beautiful Istiklal Caddesi, a shopping street open only to pedestrians.  It was a Sunday afternoon, and as tourists we were in the minority; it was very much an area where the locals came to shop.  Lined with bookstores, boutiques and restaurants, it was lovely yet familiar.  We could have eaten at McDonald’s if we wanted (we didn’t).  A tram ran up the middle of the street for anyone who chose not to walk.
Istanbul is a city with glorious antiquity.  We’ll never forget visiting Hagia Sophia and the Blue Mosque, and many other wonderful reminders of the past.  But we were delighted to spend a few hours in the modern section, rubbing shoulders with the people who actually live and work in the city.
A city that is now holding its breath, waiting to see what happens next. 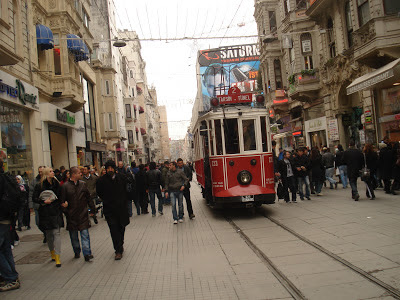