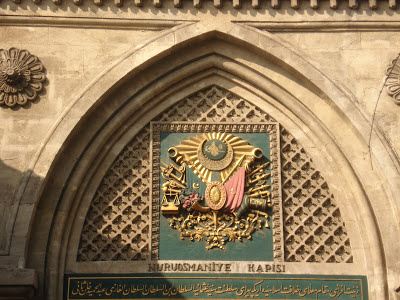 The Grand Bazaar in Istanbul is one of the largest covered markets in the world.  Nearly 600 years old, it welcomes between 250,000 and 400,000 visitors every day.  That figure seems unbelievable, but given that there are sixty “streets” in the market, it’s not hard to see how an enormous number of people can shop here at once without it becoming overwhelming. 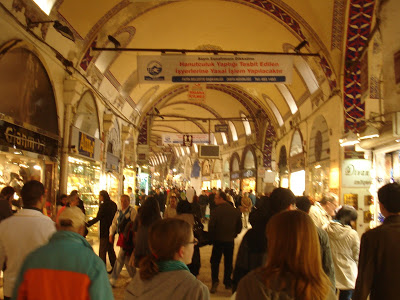 There’s virtually no end to what you can buy at the Bazaar.  A small sampling of the shops we saw included ceramics, fabrics, lamps, leather goods, jewelry, silver, carpets and food products. Depending on whether you were hungry or thirsty, it would be a great place to try your first Turkish Delight, or your first Turkish coffee. 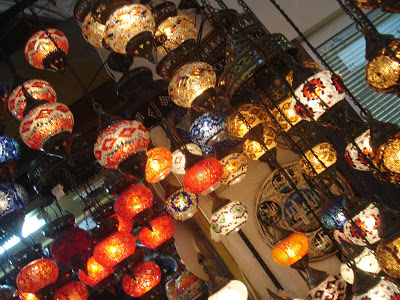 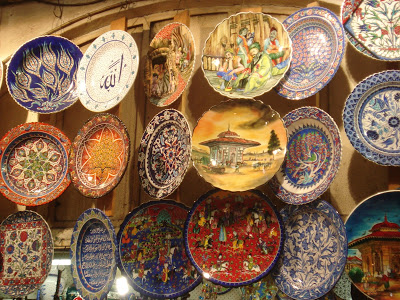 We expected it to be like the souks of Marrakech, which we’d visited a few years earlier, but it was quite different.  The Grand Bazaar was quite well-organized, and any time we temporarily lost our bearing, it didn’t take long to find it again.  (If we’d got lost in the Marrakech souks, we’d probably still be trying to find our way out.)  The Grand Bazaar is actually pretty similar to your local mall, if your local mall had 5000 stores and the dealers stood in the hallways, trying to entice you into their stores.

In fact, one of the things we enjoyed most was the way the shopkeepers interacted with the shoppers, and their sense of humour.  One of them, seeing the logo on my jacket, called out to me with great excitement, “Hey!  Helly Hansen!”  They weren’t overly persistent, though; if we declined to enter their shop, they just smiled and tried to engage the next group of shoppers. 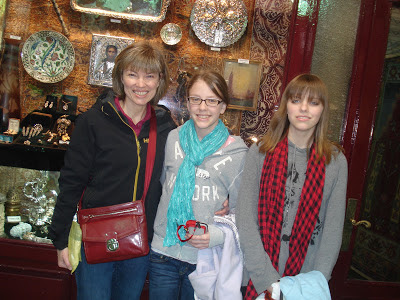 Istanbul is a city that has gone by many names over the years, including Byzantium and Constantinople.  But I think the best descriptor is its nickname, “The City Where East Meets West”. It was this combination of the exotic and the familiar that made us fall in love with the city and its people.