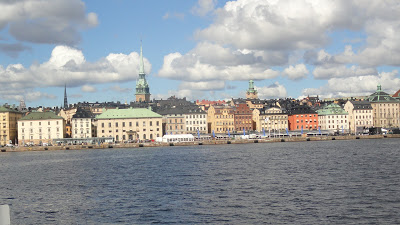 When I think of medieval cities, I usually think of ones that are in central or southern Europe, like Prague, Mont Saint Michel or Carcassone, France.  When we visited Sweden a couple of years ago, I was surprised to see the large, beautifully-preserved medieval section in the centre of Stockholm. 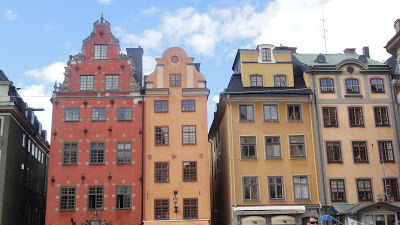 Gamla Stan is Swedish for “the old town”, and that’s the name given to the medieval area in Stockholm.  Cobblestone streets, narrow alleys, and the abundance of buildings with character made this one of the loveliest cities to explore on foot.  It was almost destroyed, however.  Until the mid-twentieth century, this section was allowed to become rundown, and a number of buildings were even torn down to build the Swedish parliament. 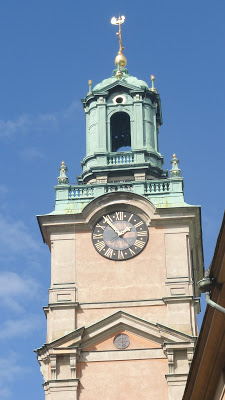 Storkyrkan is the oldest church in Gamla Stan.  It was built in the thirteenth century and, because it’s so close to Stockholm Palace, it has accommodated many of the Swedish royal weddings  and coronations.
Across the square from Storkyrkan is the Old Stock exchange, which houses the Swedish Academy, where the announcement is made every year about the winner of the Nobel Prize in Literature. 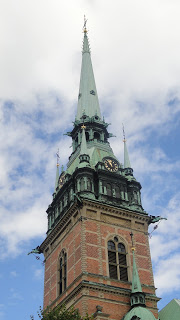 The German Church (Tyska Kyrkan) was built to serve the religious needs of the large number of German merchants and craftsmen who had settled in Stockholm.  Until the mid-sixteenth century they had no place to worship.  But in 1558, King Gustav permitted them to hold sermons in the German language, and soon they built their own church.  The German Church is dedicated to Saint Gertrude, the patron saint of travellers. 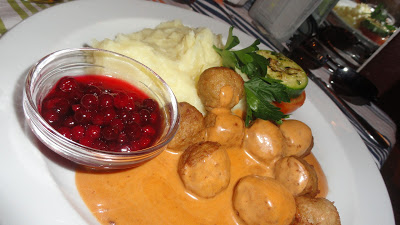 After watching the changing of the guard, we were ready for lunch. We chose a small cafe in Gamla Stan, just outside of the palace courtyard. The Swedish meatballs with lingonberries were fabulous! 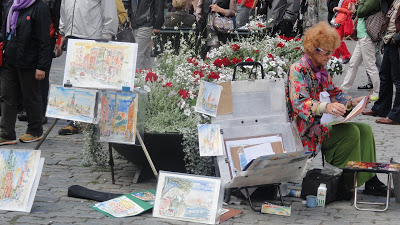 Even street art reflects the beauty of the old town. 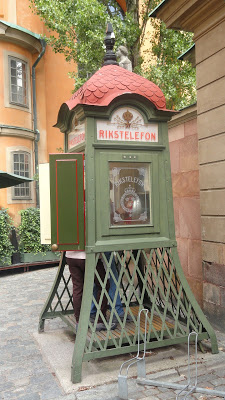 If North American phone booths looked like this, they never would have gone out of style.