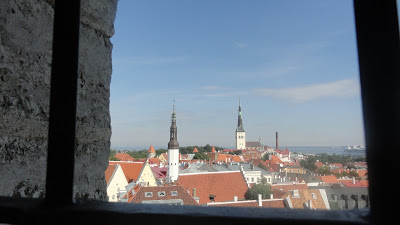 Some of our best memories on holidays have been the city tours we’ve taken, either as part of a group or on our own.  This month, I’m going to share some of my favourite city destinations and what we saw there.
Tallinn, Estonia was a port on a Scandinavian cruise.  We visited it immediately after spending two very full days in St. Petersburg, Russia, and we were happy to take a relaxed tour with the help of a guide book. 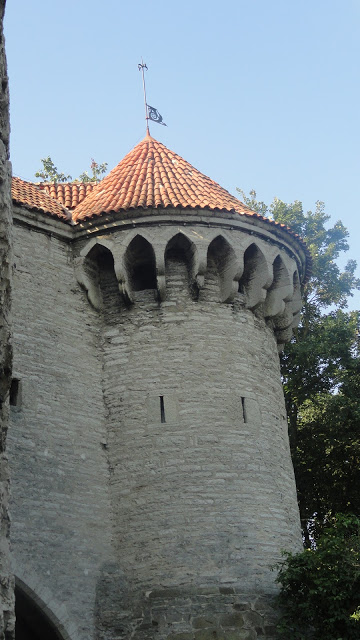 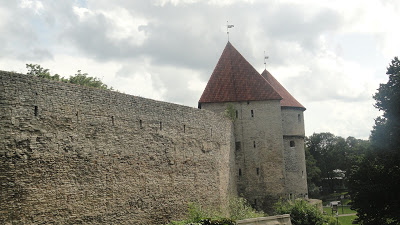 Visitors to the city are greeted by the Tallinn Town Wall.  It’s one of the best existing medieval walls that still remain in Europe: nearly two kilometres of wall still exist, and about half the number of original towers. For that reason, and because it is such a well-preserved medieval city, it has been given World Heritage Centre designation by UNESCO. 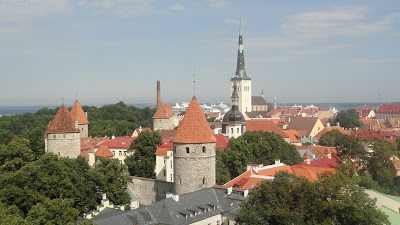 The most sensational part of the city was the scene from the Patkuli viewing platform.  With a panorama including St. Olav’s church, the towers, and the city roofs, it’s one of the loveliest views in Europe. 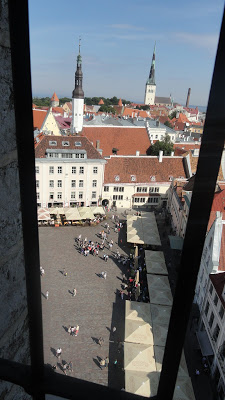 Views of the town square and the city from Tallinn Town Hall Tower were pretty great, too. Looking into the square, it wasn’t hard to believe that merchants have been selling their wares there for hundreds of years.  It took a little more imagination to picture the knights that held tournaments in the centre of town to win honours.  In fact, it was a group of knights that led the bid to build the city walls in the fourteenth century to protect Tallinn from neighbouring Toompea. 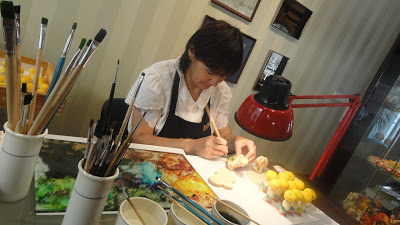 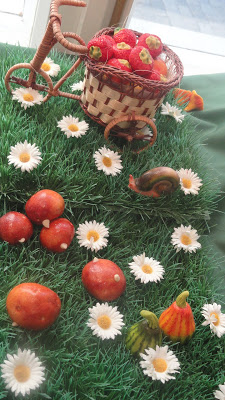 Tallinn is the birthplace of marzipan, and we enjoyed watching a local expert practice her talents.  She told us that during the Soviet era, most artistry was banned, but the local officials turned a blind eye in exchange for an occasional delicacy.  I’ve written elsewhere about the marzipan museum and its fantastic exhibits. 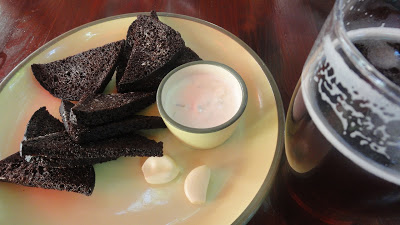 Speaking of local food, we had a great Estonian lunch at Hell Hunt (it sounds ferocious, but actually translates as “Gentle Wolf”).  Garlic bread made from rye is an Estonian specialty. 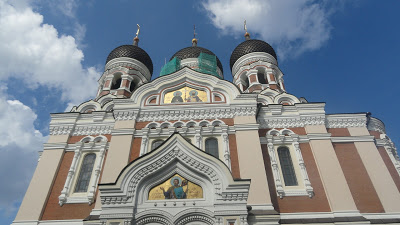 St. Alexander Nevsky Cathedral is a stunning Russian Orthodox cathedral, built to honour a military hero of the thirteenth century. 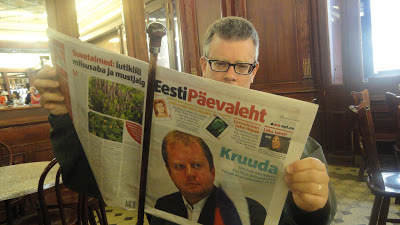 And Andrew did his best to hunt down the Blue Jays’ box scores in that well-known Estonian sports publication, Eesti Paevaleht.