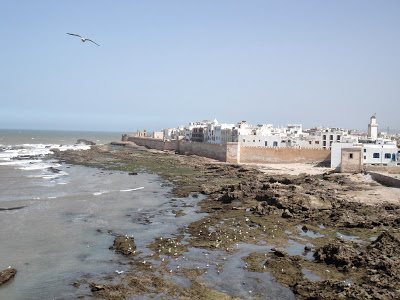 Last week I wrote about visiting the markets in Essaouira, Morocco. In addition to being a great market town, it’s also a fascinating port, and we enjoyed every minute that we spent by the water. 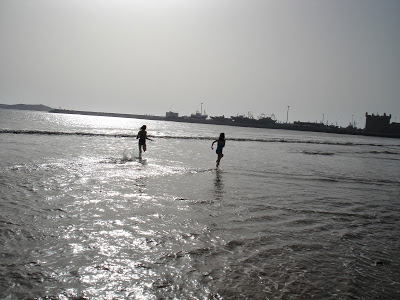 We visited in March, 2007, and March is generally too cool to swim in this Atlantic coastal town. Unless you’re under the age of thirteen, in which case there’s no bad time to go swimming. The girls eagerly ran in and out of the water, while Andrew and I shivered in our windbreakers. We had the beach completely to ourselves. 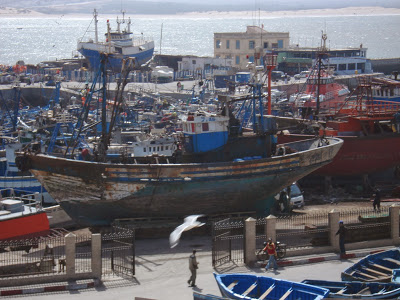 Essaouira is also a working harbour, and the next day we walked down to watch the fishermen in action. We enjoyed seeing the boats, large and small, coming inshore with the catch of the day. The best place to take in the action of the harbour – and to look back over the town – was from the ramparts just outside the medina. 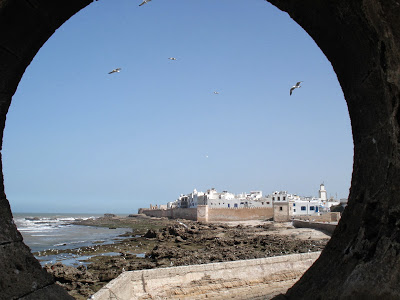 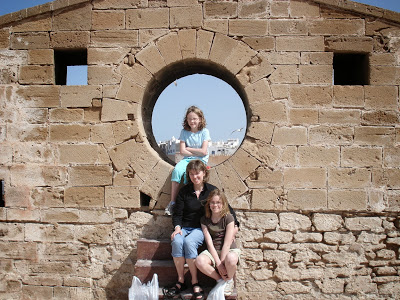 A small entrance fee and a bit of a climb took us there. We could have spent the day on these photogenic ramparts, taking in the beautiful views and watching the waves crash against the rocks below. Essaouira is known for its wind, and there was no shortage of that the day we visited. One of the girls’ favourite memories of the trip was engaging in a seagull-feeding contest with a couple of French tourists. (You had to be there.) 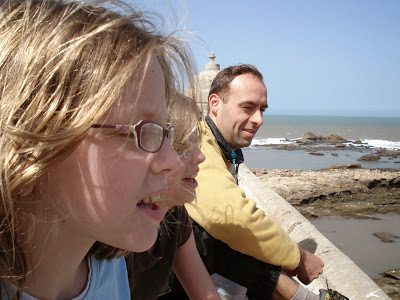 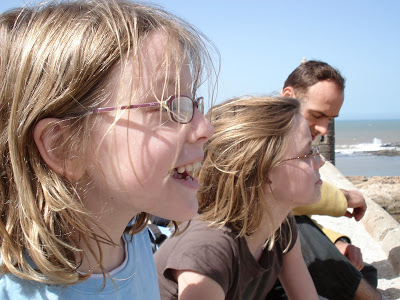 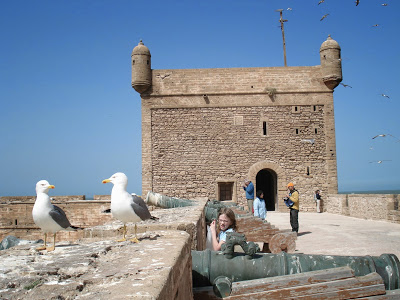 As with so many cities, Essaouira’s history is complicated. First established as Migdol in the seventh century BCE by the Phoenicians, it was subsequently ruled by the Carthaginians, the Portuguese (who called it Mogador), and finally the Moroccans. It was under Moroccan rule in the eighteenth century that the city walls were commissioned, and that the city was named Essaouira, meaning “beautifully designed”. If you’ve watched Orson Welles’ Othello, you’ve seen the ramparts and its cannons in the opening scenes. 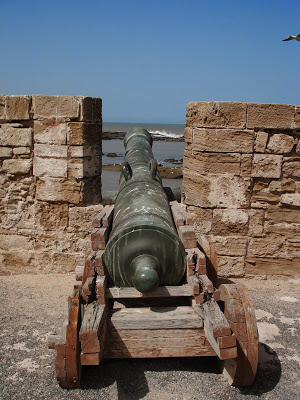 A series of stalls at the base of the ramparts featured vendors selling, among other things, wooden recorders and seashells. In short, there was everything needed to make a young person’s day complete. 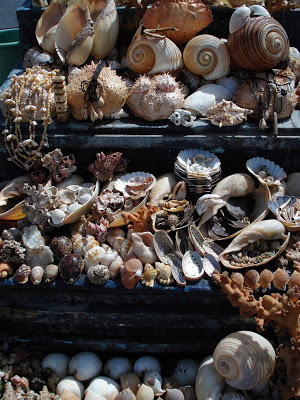 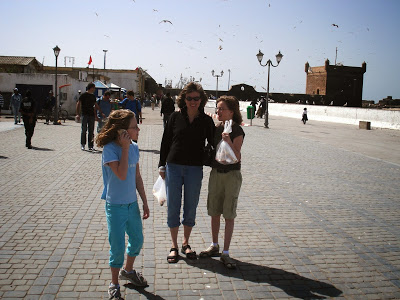 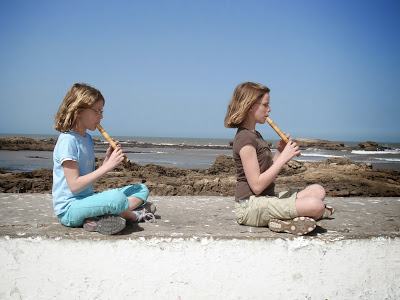