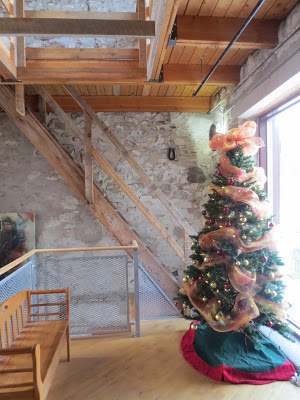 Andrew typically takes the first week of December off work, and during that week we take a day trip somewhere in or near Toronto. Two years ago we travelled to St. Jacob’s, and this year we spent the day at Alton Mill Arts Centre in Caledon, Ontario. 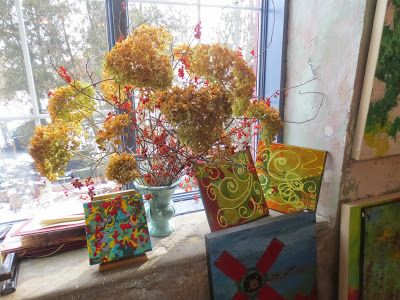 Alton Mill was built in the late nineteenth century to house a knitting factory. The building survived both The Great Alton Flood of 1889 and a serious fire nineteen years later. The mill was sold upon the death of its owner in 1915 and, under several other owners, remained functional until the early 1980s. 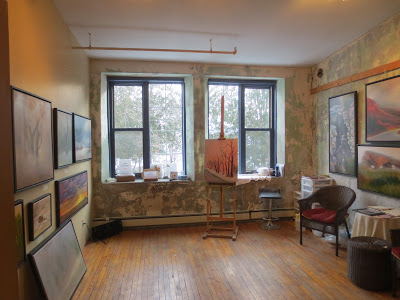 Bought by a developer, the mill remained dormant for a number of years until the owner was approached by a local artist. He was looking for a place to house a studio and wondered if they’d consider leasing space to him and a few other area artisans. The project was so successful that they decided to convert the entire building into an arts and heritage centre. 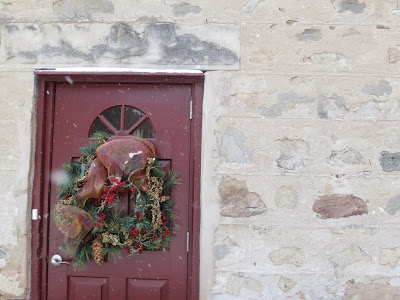 Now the main floor contains gift shops and a cafe, while the upper floors host studios for photographers, potters, and artists in a variety of media. A dedicated space in the basement houses literary readings and arts performances. We loved checking out the individual studios and talking to the artists about their work. 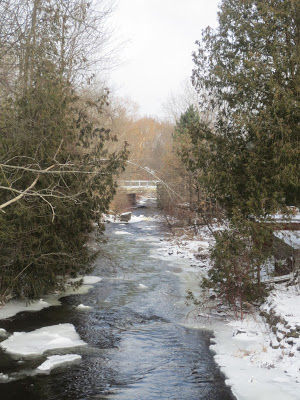 We visited when the building was decorated for Christmas, and it’s hard to imagine a lovelier time of year. But I’d like to go back sometime when it’s a bit warmer; the property leads directly to the Bruce Trail, and it would have been great to spend a couple of hours hiking. 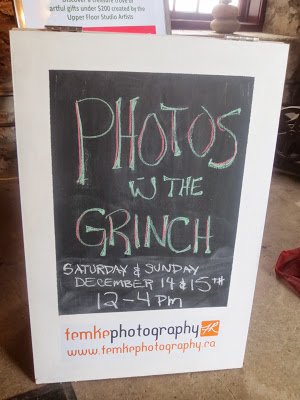 Can’t believe we missed the chance to pose with the Grinch. 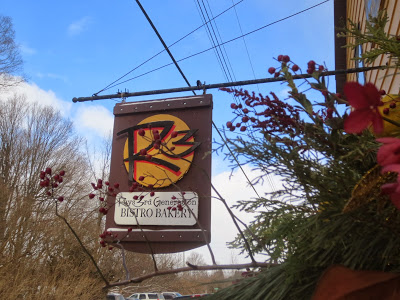 And a trip to Alton wouldn’t be complete without lunch at Ray’s 3rd Generation Bistro Bakery, with great food and live music.