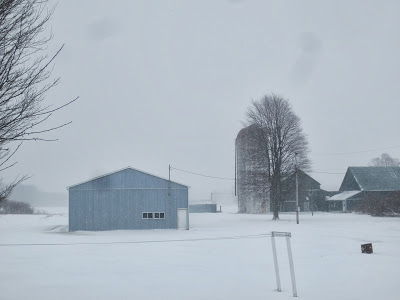 “One must have a mind of winter
To regard the frost and the boughs
Of the pine-trees crusted with snow;

And have been cold a long time
To behold the junipers shagged with ice,
The spruces rough in the distant glitter

For the listener, who listens in the snow,
And, nothing himself, beholds
Nothing that is not there and the nothing that is.” 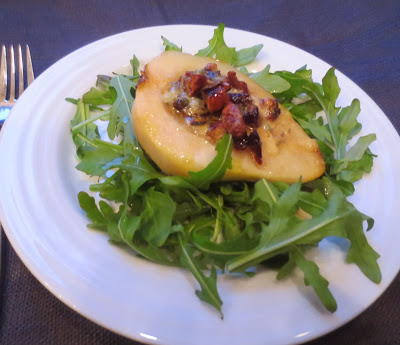 The first recipe I posted in 2013 was an arugula salad, and I couldn’t think of a better way to start 2014 than with another one. I made a few substitutions to Ina Garten’s original recipe, so I’ve noted both the original and revised ingredients below. Whether you’ve made a resolution to eat more healthy food, or are simply looking for a delicious salad recipe, Roasted Pears with Blue Cheese and Arugula is a perfect way to start the year. 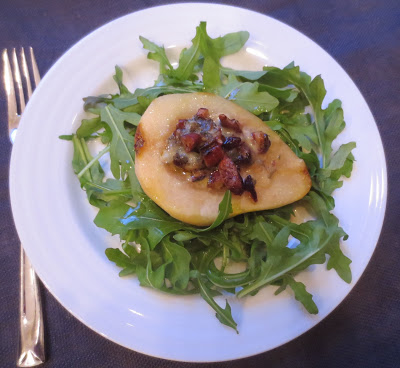 Peel the pears and slice them lengthwise into halves. Remove the core and seeds from each pear, leaving a round well for the filling. Trim a small slice away from the rounded sides of each pear half so they can sit in a baking dish without wobbling. Toss the pears with lemon juice (first amount) to prevent browning. Arrange them core side up in a baking dish large enough to hold the pears snugly.

Gently toss the crumbled blue cheese, dried cranberries and walnuts together in a small bowl. Divide the mixture among the pears, mounding it on top of the indentation.

In the same small bowl, combine the apple cider, port and brown sugar, stirring to dissolve the sugar. Pour the mixture over and around the pears. Bake pears, basting occasionally with the cider mixture, for 30 minutes or until tender. Set aside until warm or at room temperature.