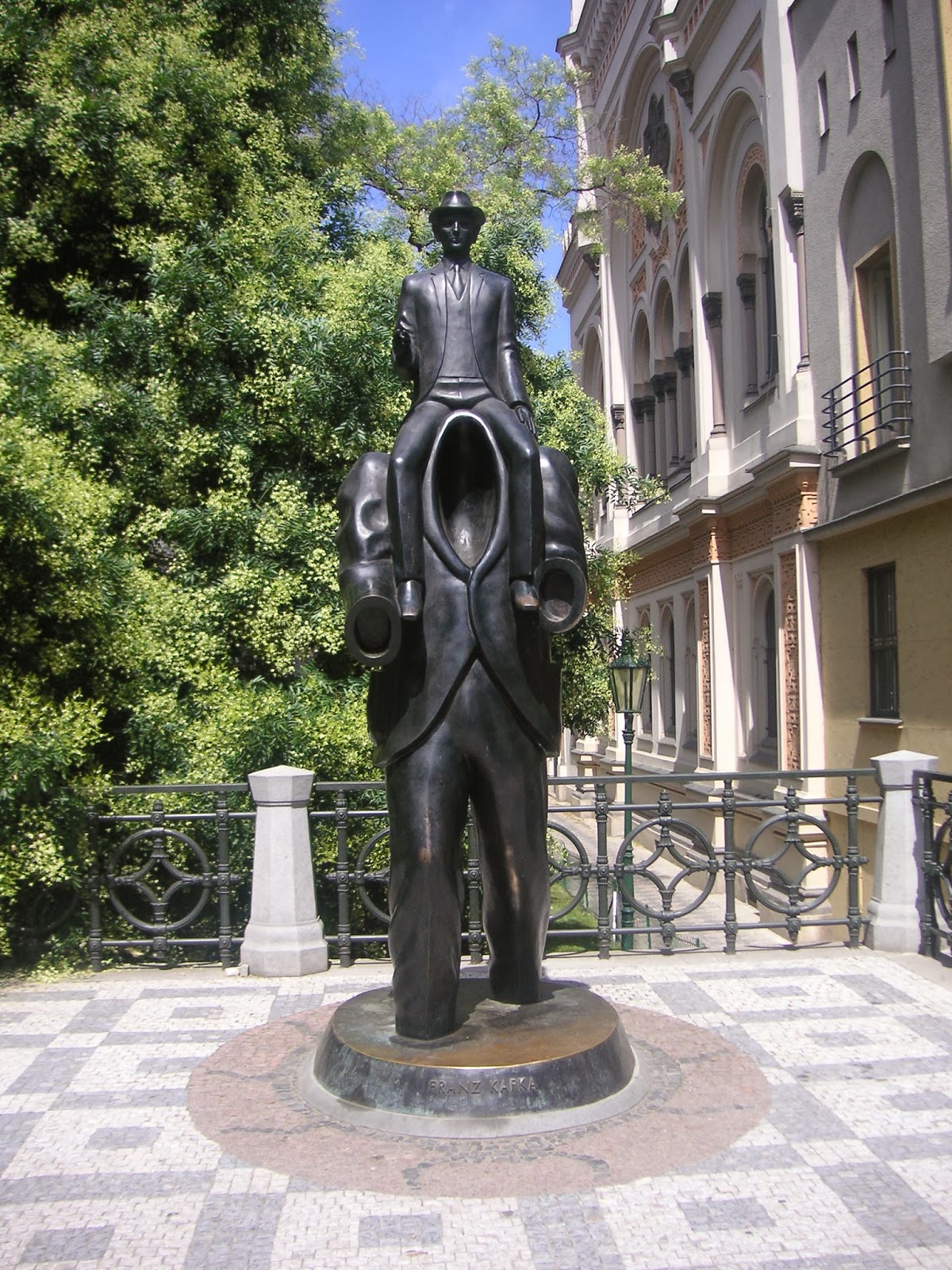 Artists can often be defined by the places in which they lived, and that’s one of the reasons we love finding tributes to local writers and musicians when we travel. That was never more true than when we visited Prague and followed the trail of Franz Kafka.

Kafka spent most of his life living in Prague’s Jewish Quarter, but it wasn’t until eighty years after his death that a statue was built in his honour. That statue, shown above, features Kafka sitting on the shoulders of a headless man. It seems an appropriate tribute because, as one of the few authors to have inspired an adjective, it truly is Kafka-esque.

“As Gregor Samsa awoke one morning from uneasy dreams, he found himself transformed in his bed into a gigantic insect.”
– Franz Kafka, The Metamorphosis 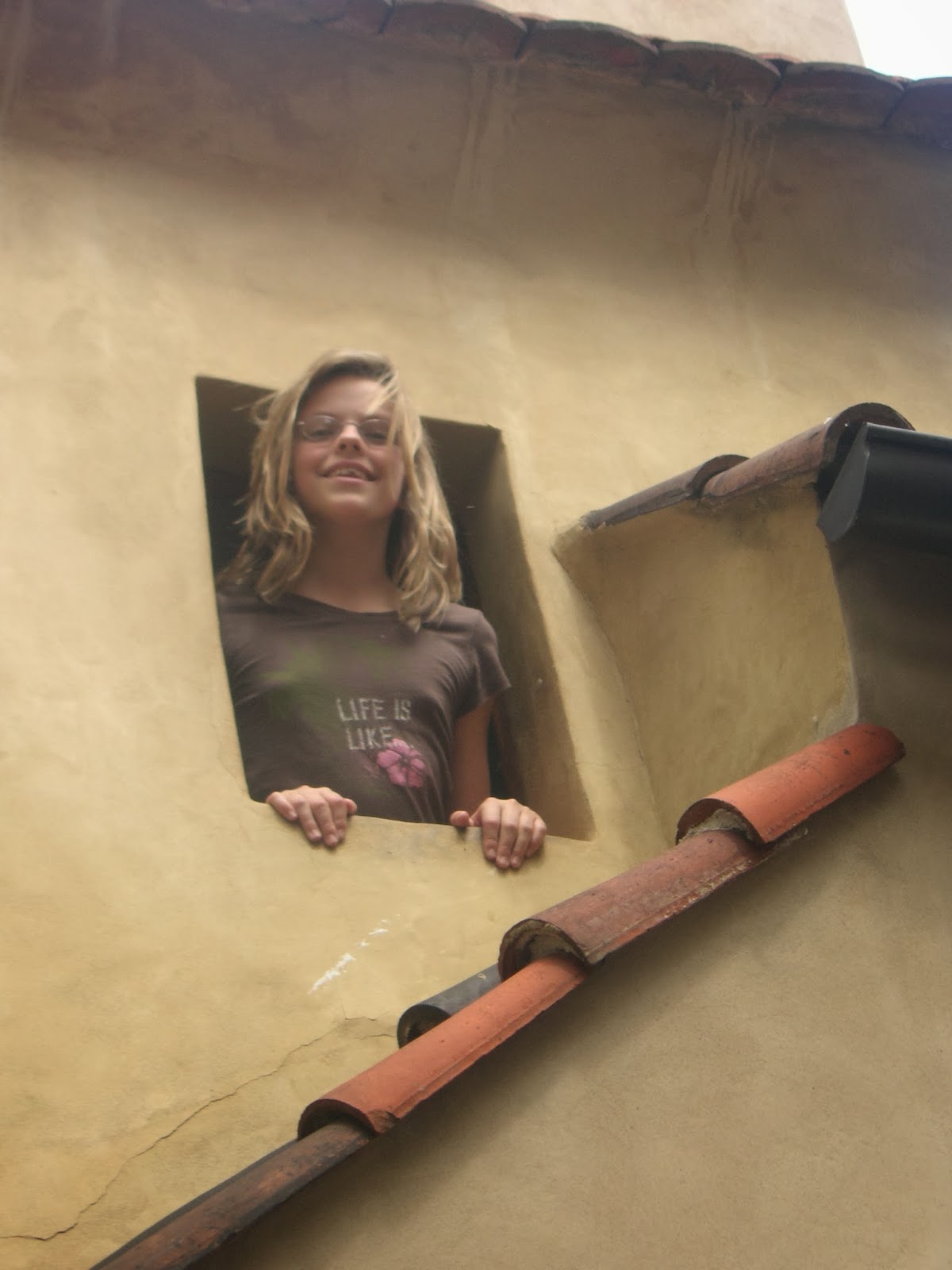 Although he lived most of his life in the aforementioned Jewish Ghetto, he lived for two years with his sister in Golden Lane. This short street of medieval buildings is next to Prague Castle, and was named for the goldsmiths that used to live near the castle.  According to legend, Emperor Rudolf II housed his alchemists here, as they searched for the Philosopher’s Stone, an elixir that would grant the drinker eternal life.

Fittingly, Kafka was inspired by his time there to write the novel The Castle.

“It was late in the evening when K. arrived. The village was deep in snow. The Castle hill was hidden, veiled in mist and darkness, nor was there even a glimmer of light to show that a castle was there. On the wooden bridge leading from the main road to the village, K. stood for a long time gazing into the illusory emptiness above him.”
– Franz Kafka, The Castle 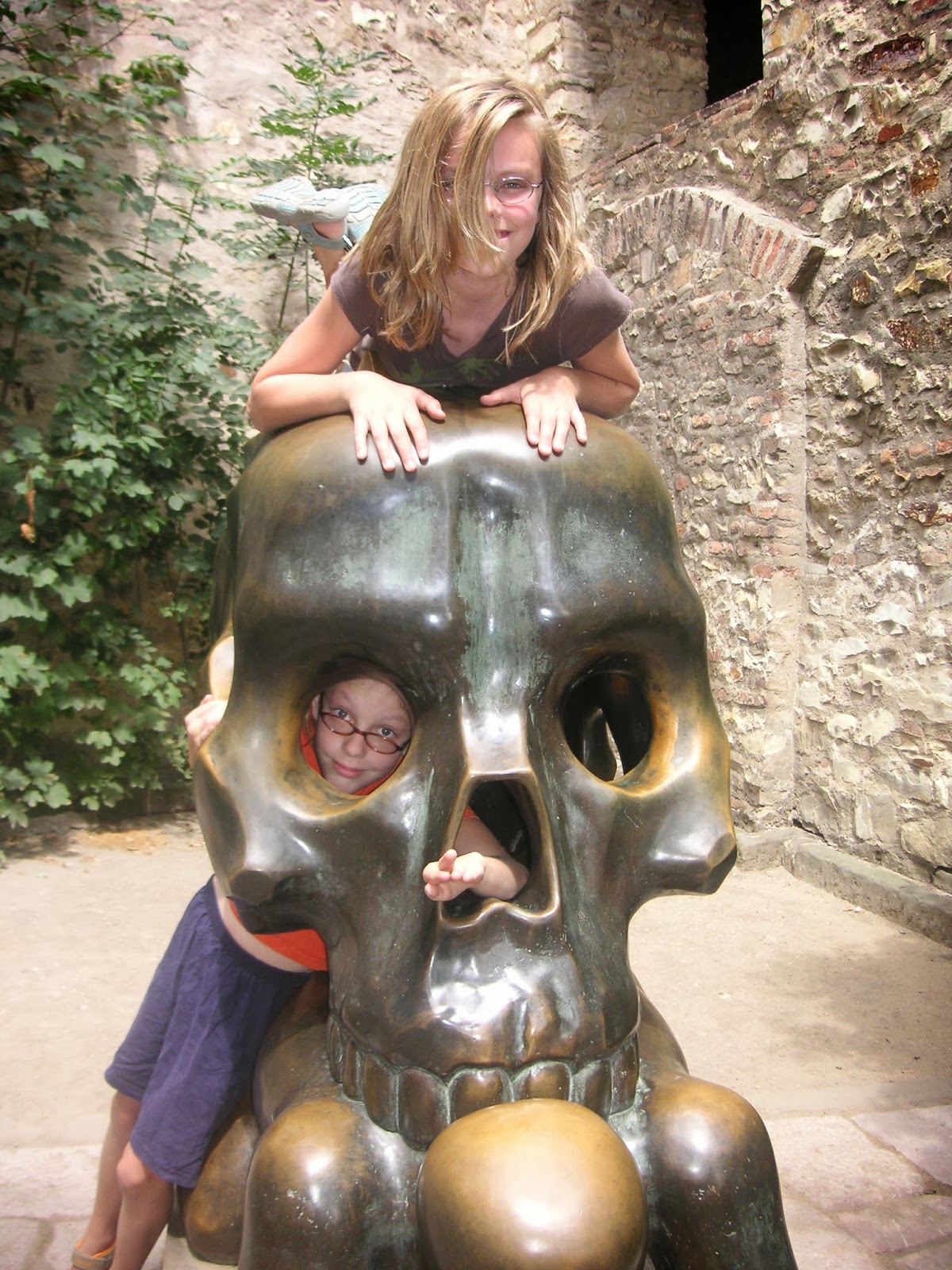 And Parable with a Skull, located on the Castle grounds, was inspired by one of Kafka’s characters. The representation of a beggar on all fours, carrying a skull on its back, is rendered slightly less ghoulish when swarmed by enthusiastic young tourists.
“Youth is happy because it has the capacity to see beauty. Anyone who keeps the ability to see beauty never grows old.”
-Franz Kafka