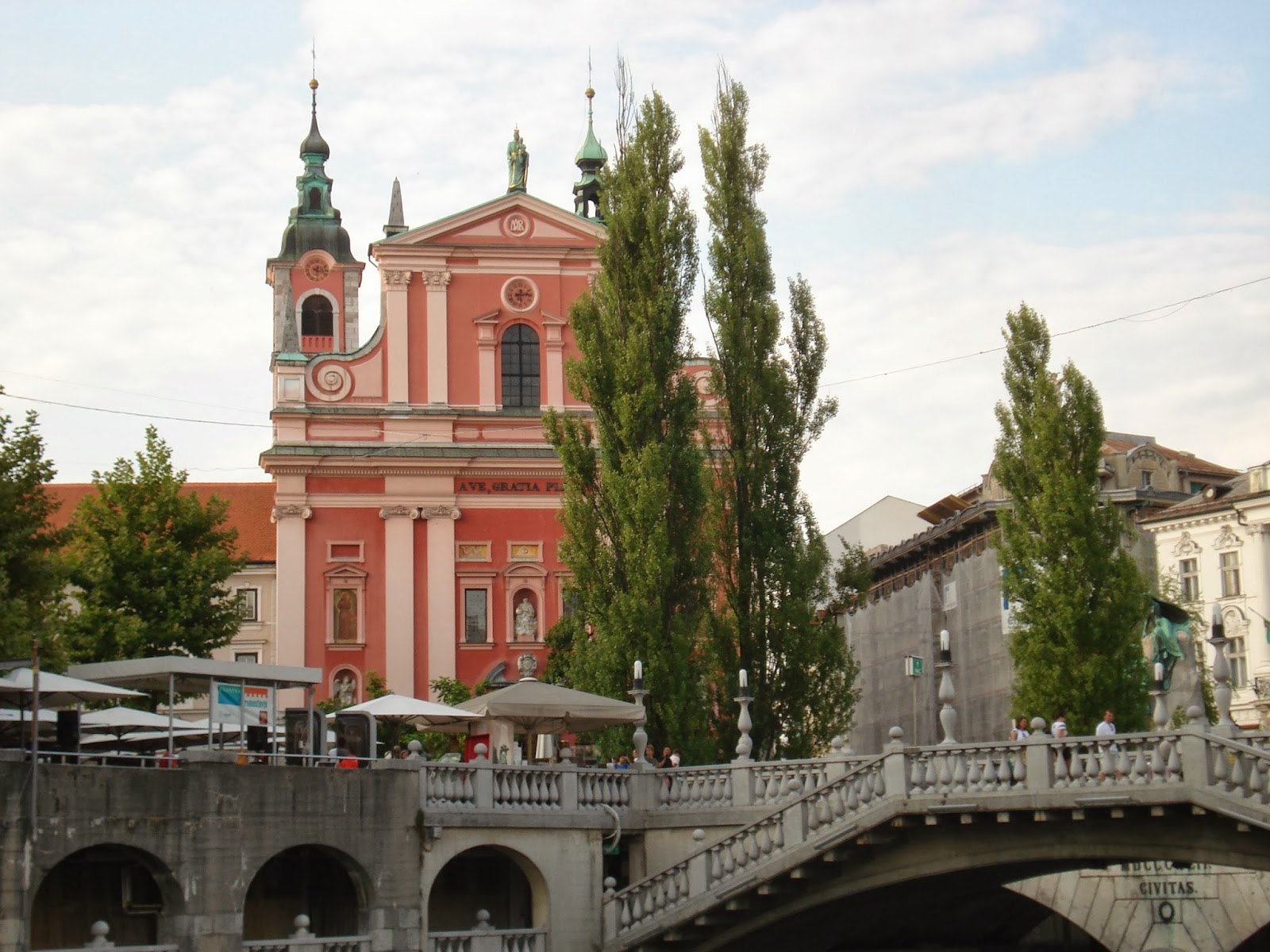 Everything you need to know about Ljubljana is written on the front of this church – in Latin. “Ave,
Gratia Plena!” it reads. “Hail, full of grace!” I’m sure the inscription was written with the holiest of intentions, but it’s easy to imagine that it refers to the whole of this lovely city. 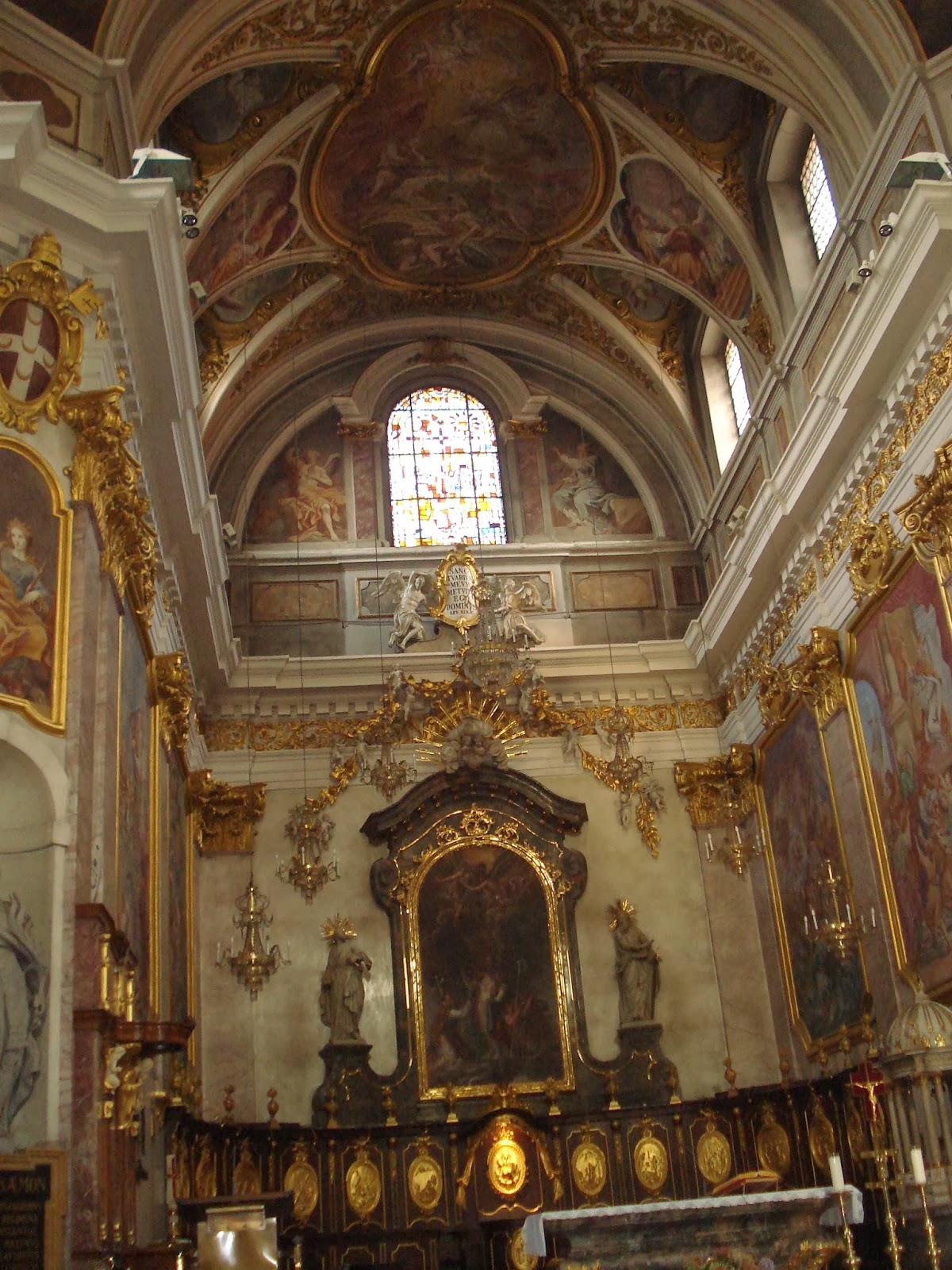 Probably the best-known church in the city is St. Nicholas Cathedral, also known as Ljubljana Cathedral. The frescoes on the walls date back to the early eighteenth century, and the fresco on the dome interior was painted in 1844: 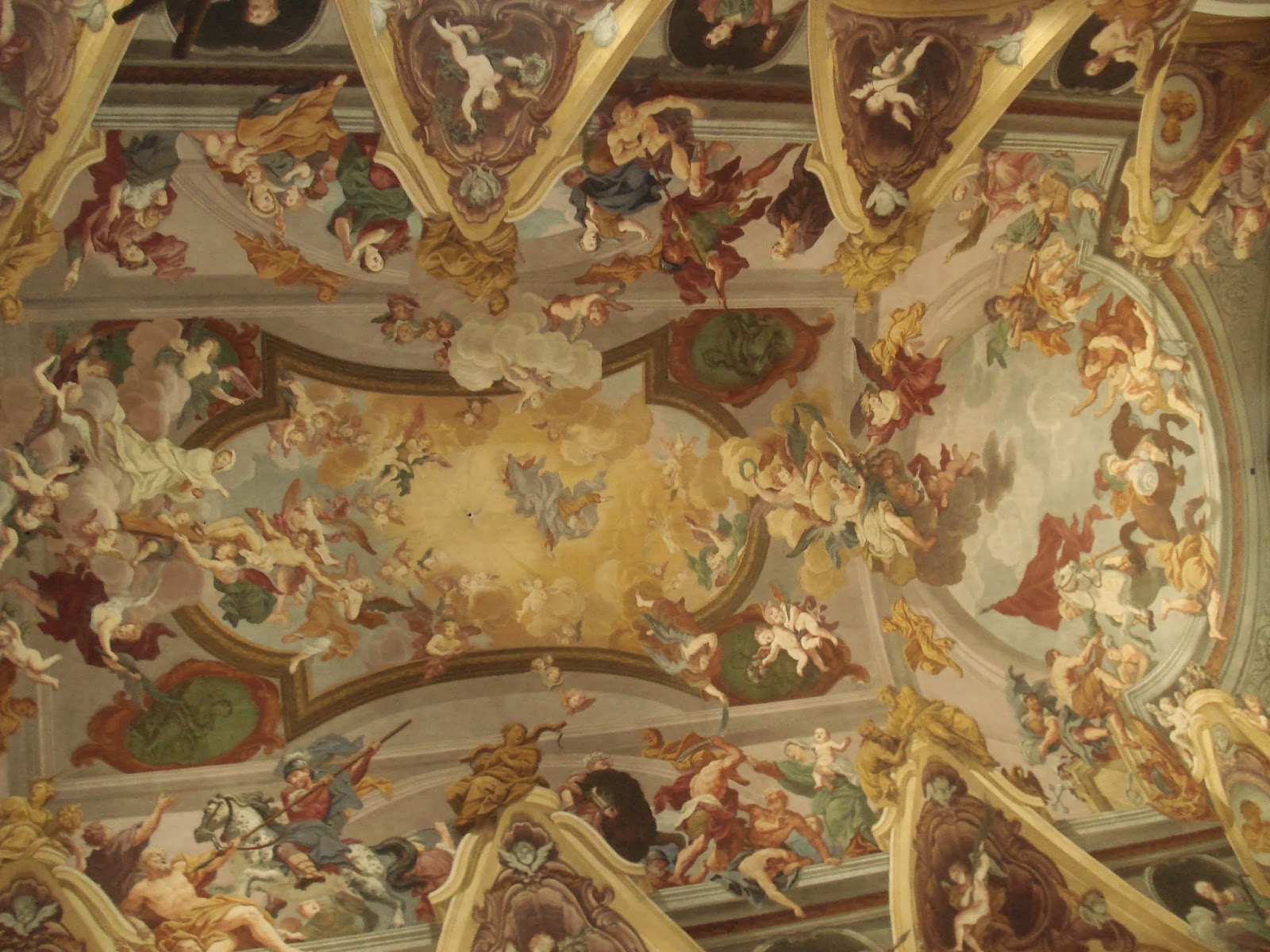 One of the most beautiful pieces of artwork in the church is the door relief on the main exterior door. The pope visited Ljubljana in 1996 to commemorate 1250 years of Christianity in Slovenia. To celebrate his visit, artist Tone Demsar was commissioned to decorate the door with scenes depicting the history of Slovenia: 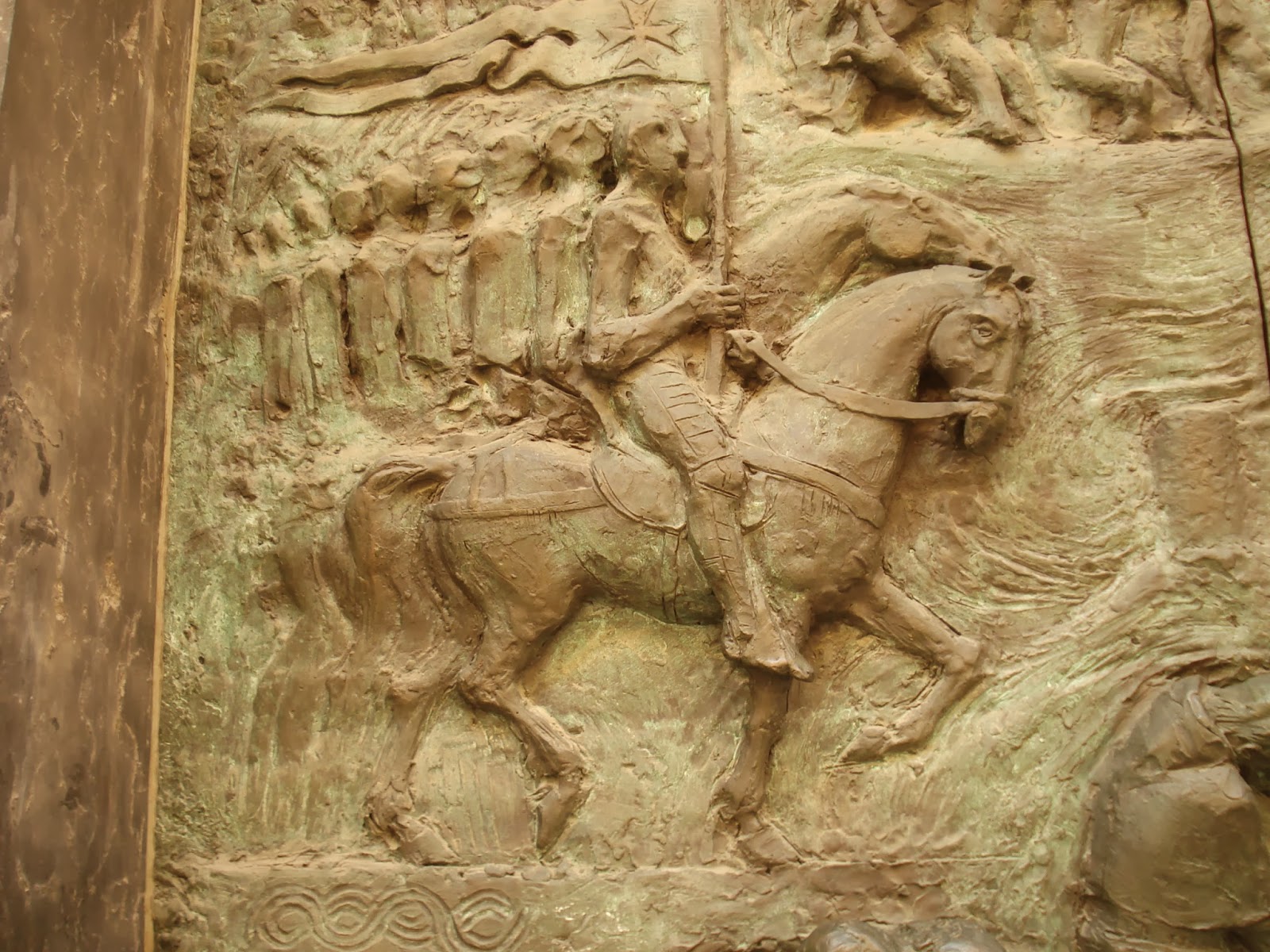 If you look up from anywhere in town, you’ll see the castle that dominates the entire city. Ljubljana Castle served primarily as a defence against attacks from the Ottoman Empire. After its importance waned, it served as a hospital, a prison and low-cost housing for impoverished citizens. In the late 1960s, a project began with the purpose of refurbishing the castle, and later a funicular was built to facilitate visiting it. 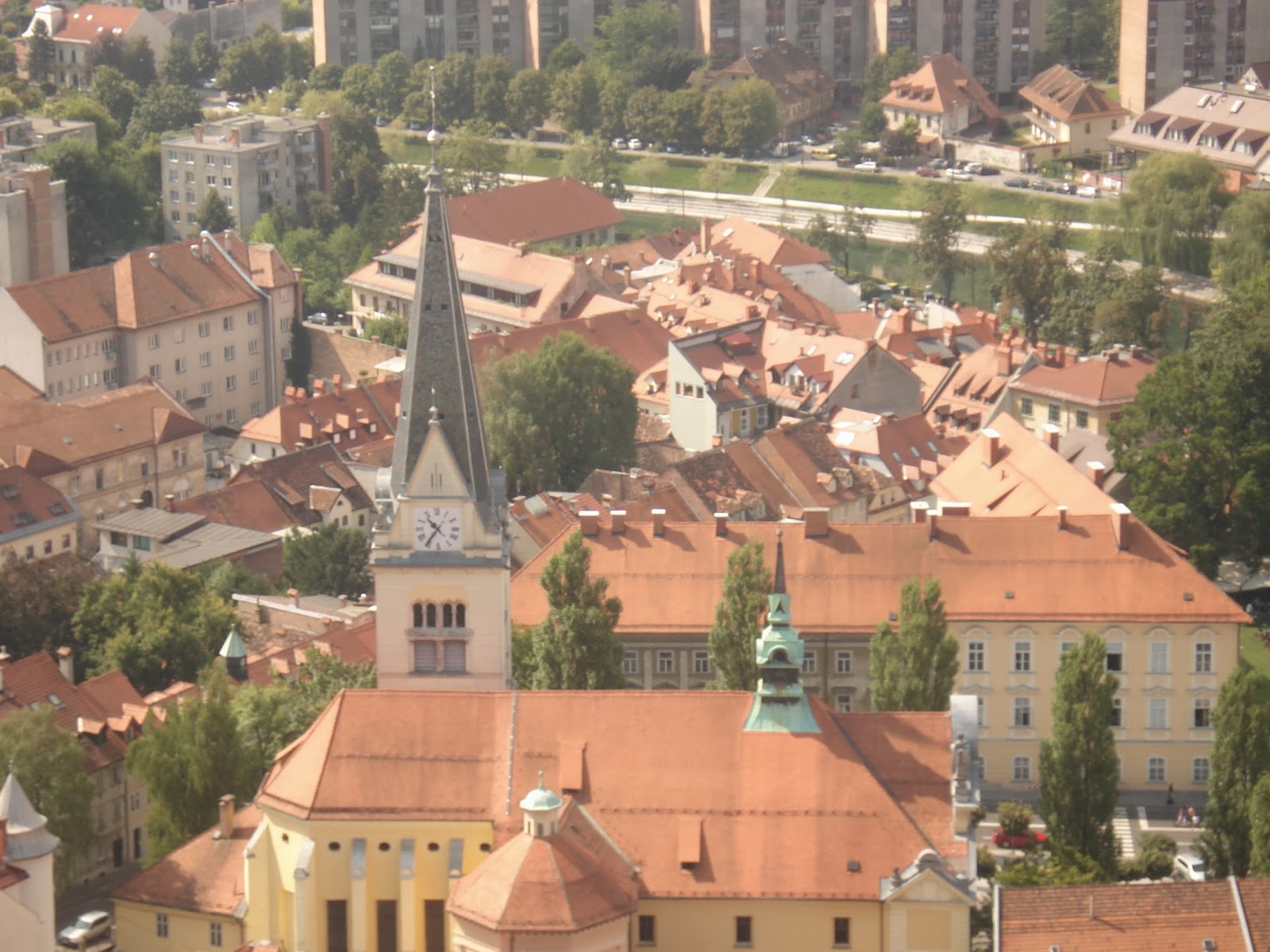 Above, the city view from the Castle grounds. Below is the view back down the funicular that transported us to the castle. 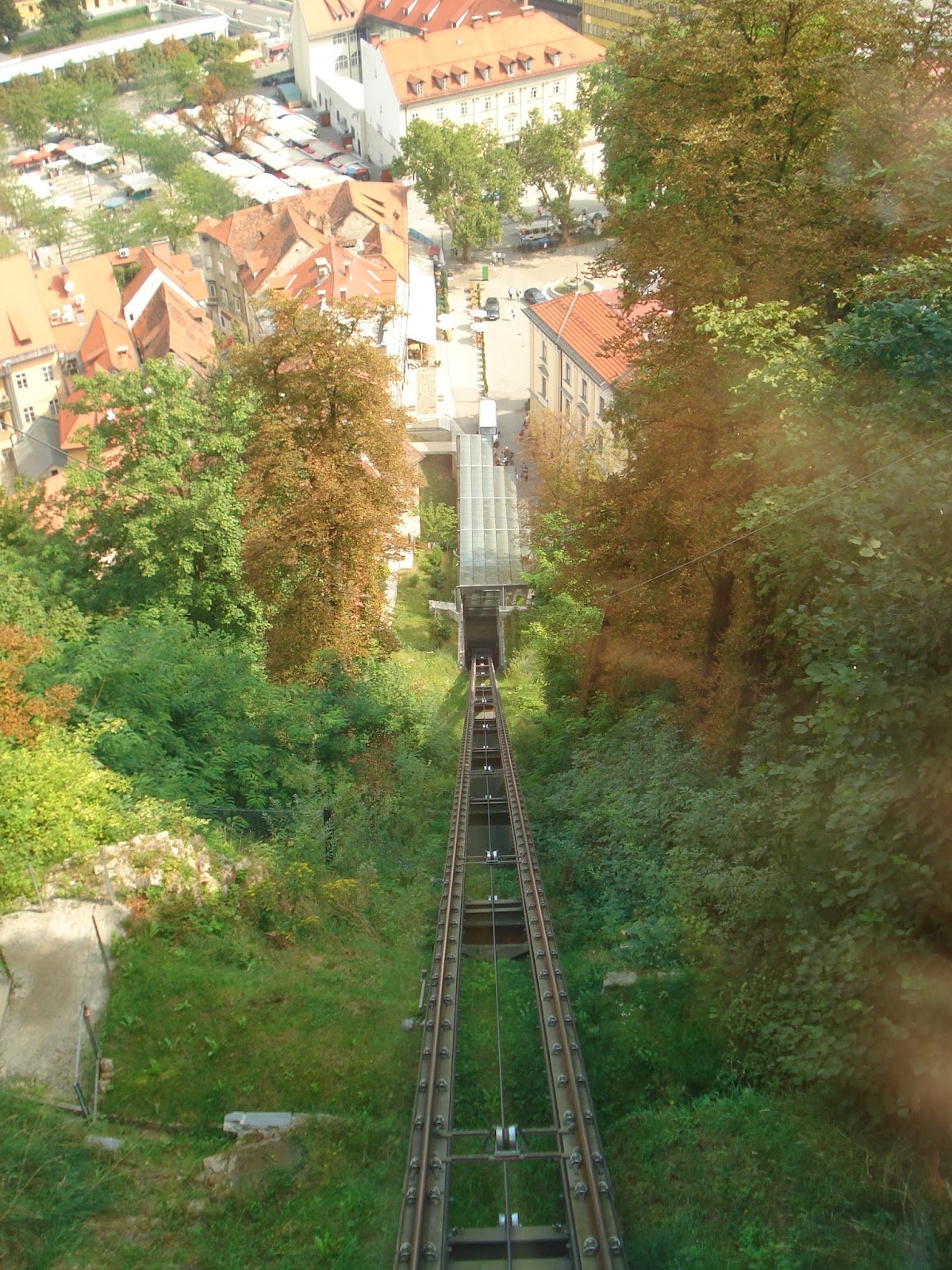 Here’s what I loved most about Ljubljana Castle: its coat of arms bears the symbol of a dragon, just as dragon statues appear throughout the city. According to myth, the Greek hero Jason and his band of explorers, the Argonauts, founded Ljubljana. After stealing the Golden Fleece from King Aetes, they sailed from the Black Sea through the Danube, finally reaching the Ljubljanica River. When they stopped, they were threatened by a fierce dragon. Jason fought with, and eventually killed, the dragon. The city of Ljubljana was built upon that site. 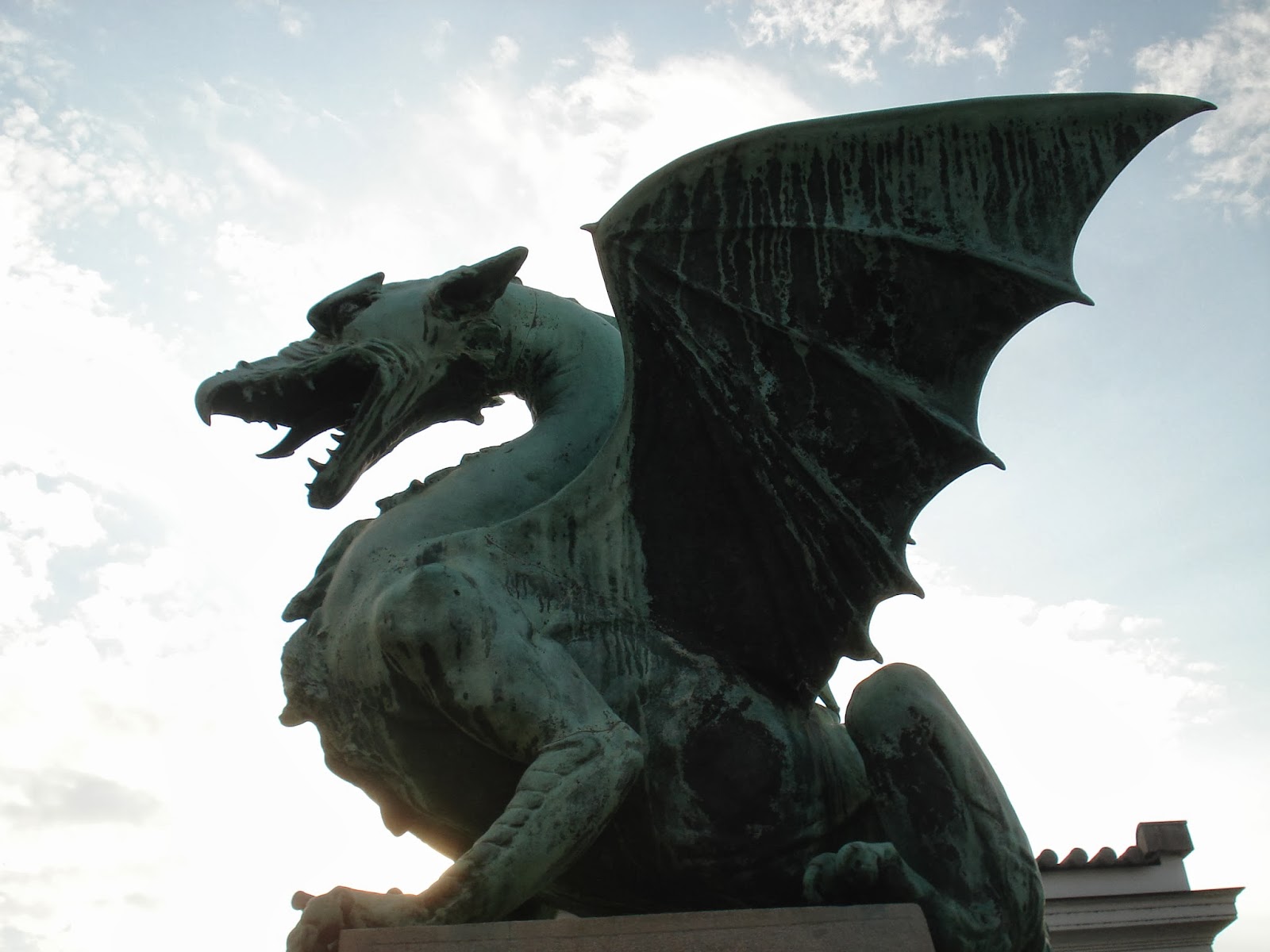 One of the guardians of the Dragon Bridge. 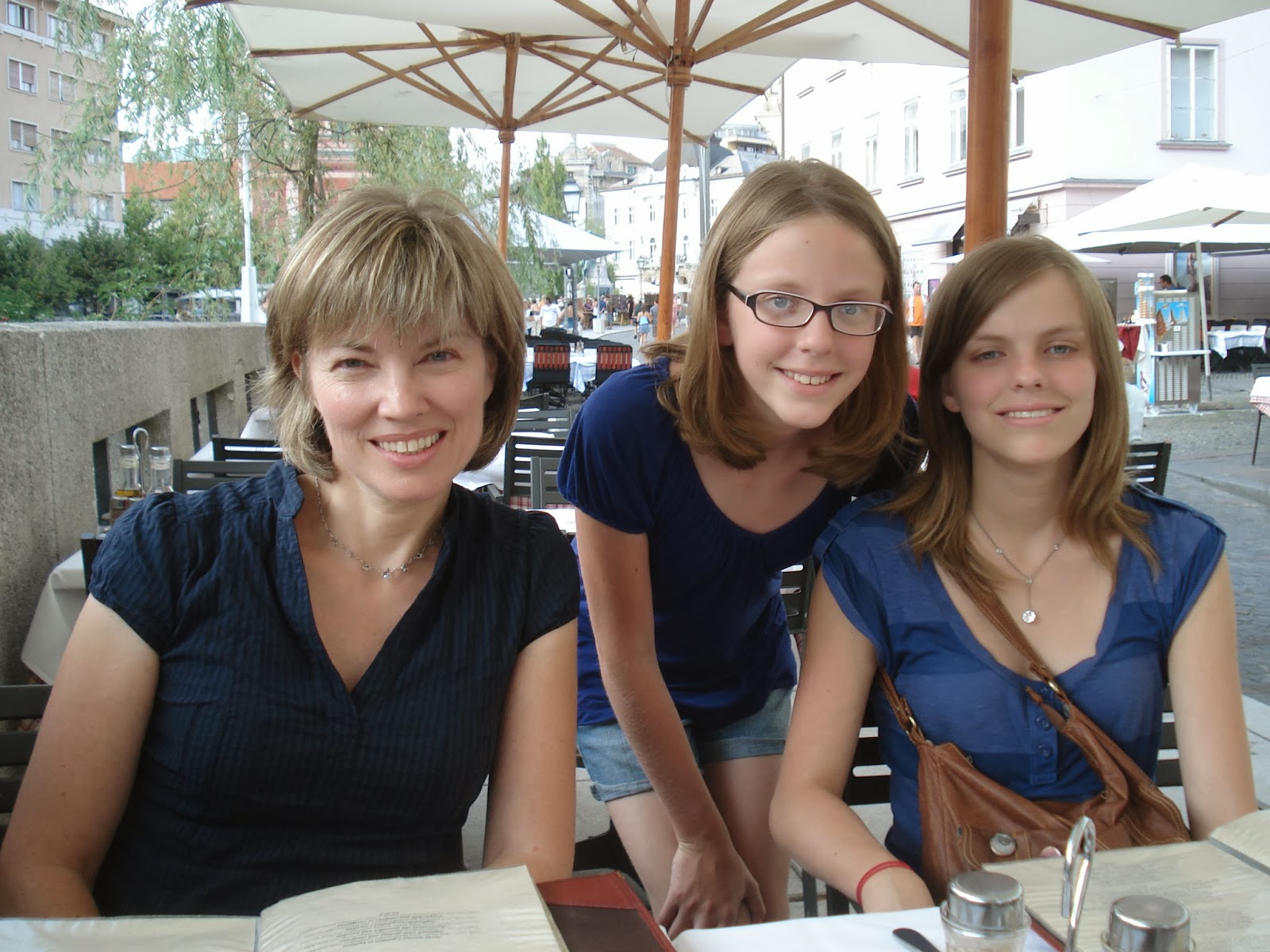 Enjoying dinner by the side of the Ljubljanica River.