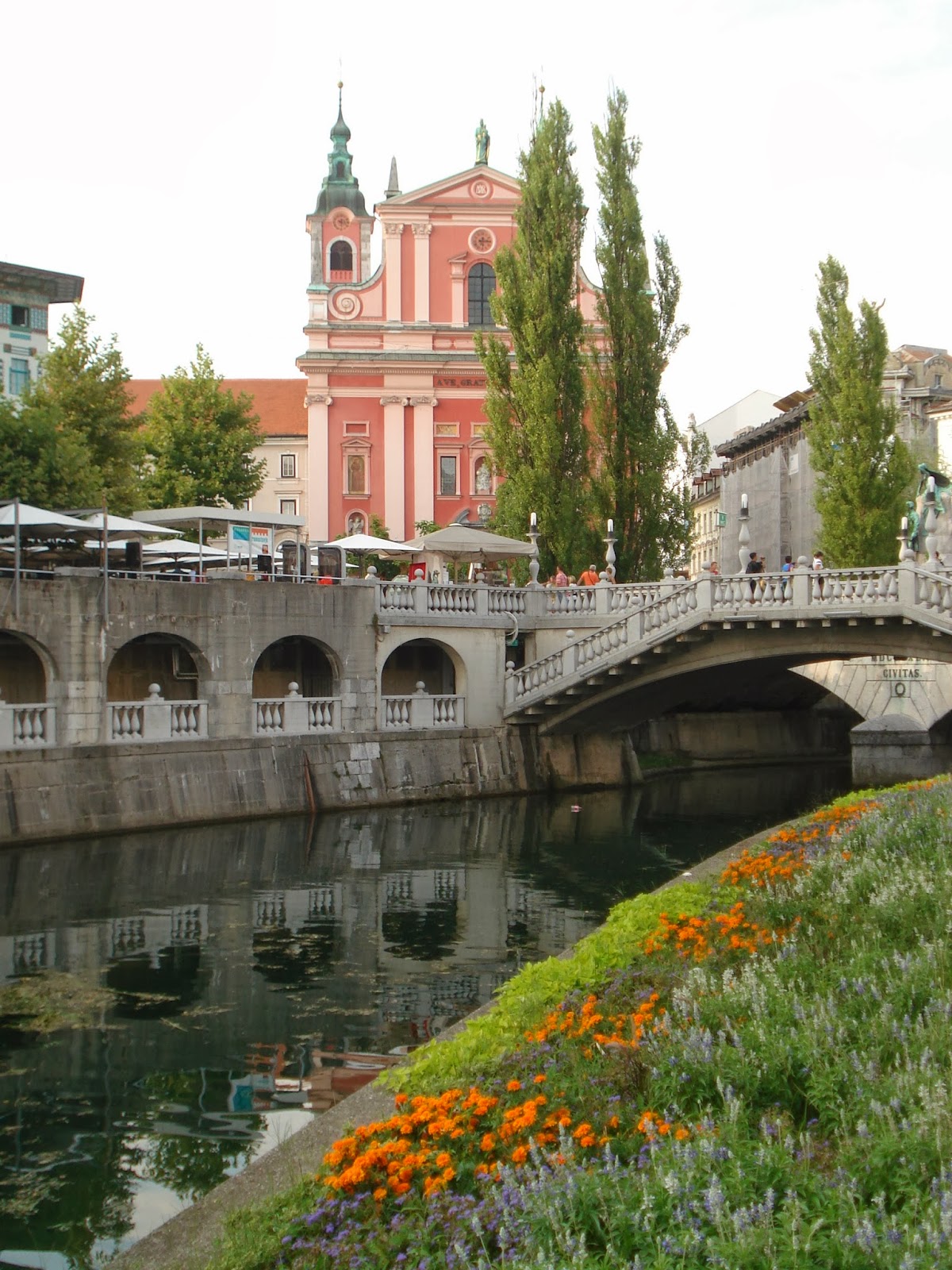 One of the joys of travelling is discovering new places about which you know very little. Ljubljana, the capital of Slovenia, was one of those places. I knew nothing about it, other than a conversation with a family of tourists we met in Munich, who told us Ljubljana was their favourite European city.

I was immediately curious about this hidden gem, and we were fortunate enough to visit it a few years later. 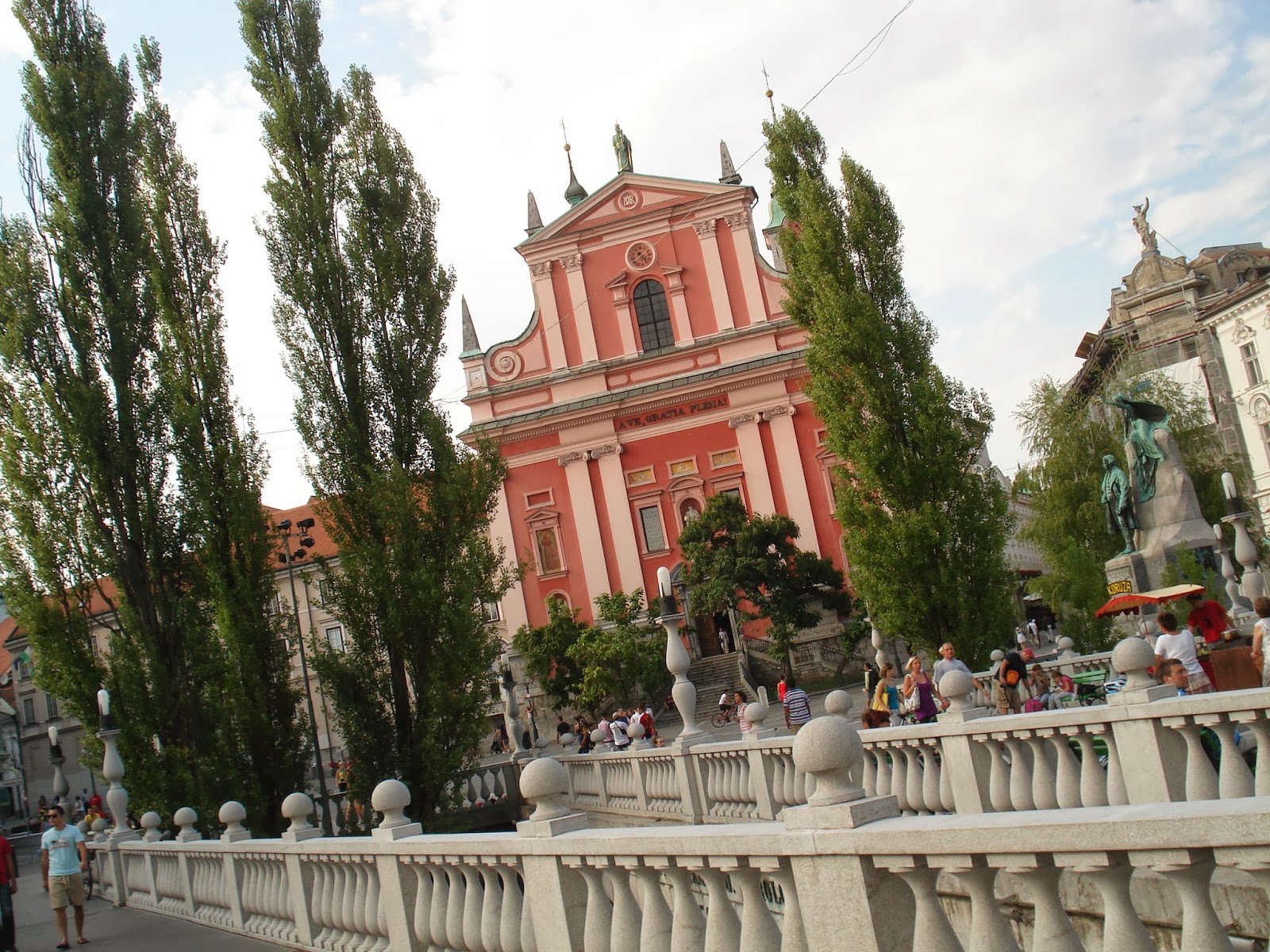 The centre of town is a pedestrian-only area, named Preseren Square after France Preseren, Slovenia’s most-beloved poet. The lovely Franciscan Church sits on one of the corners of the square. A monument there is dedicated to Preseren, and it faces the window of his beloved Julija, the woman with whom he fell in love, and for whom he longed the rest of his life: 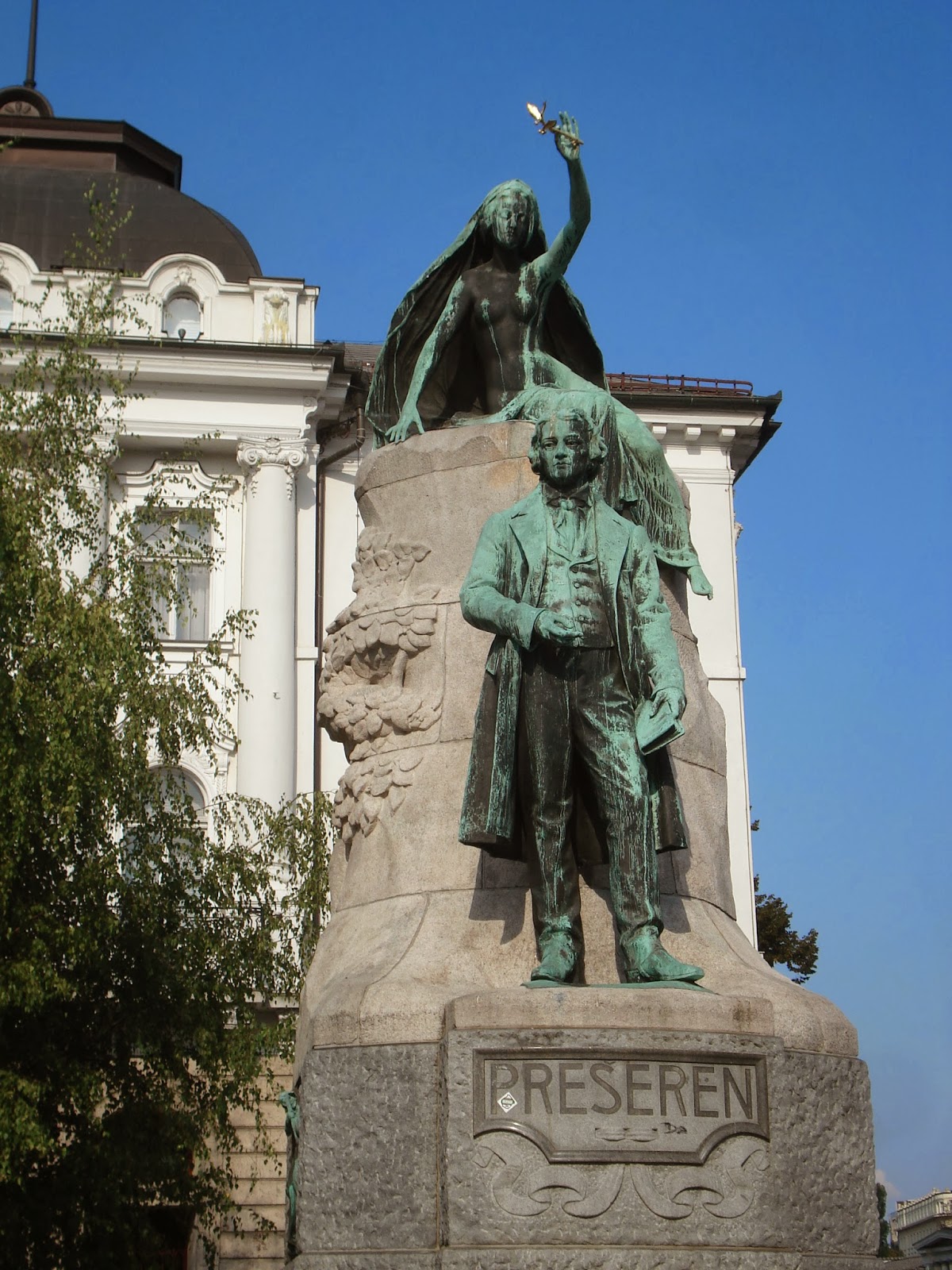 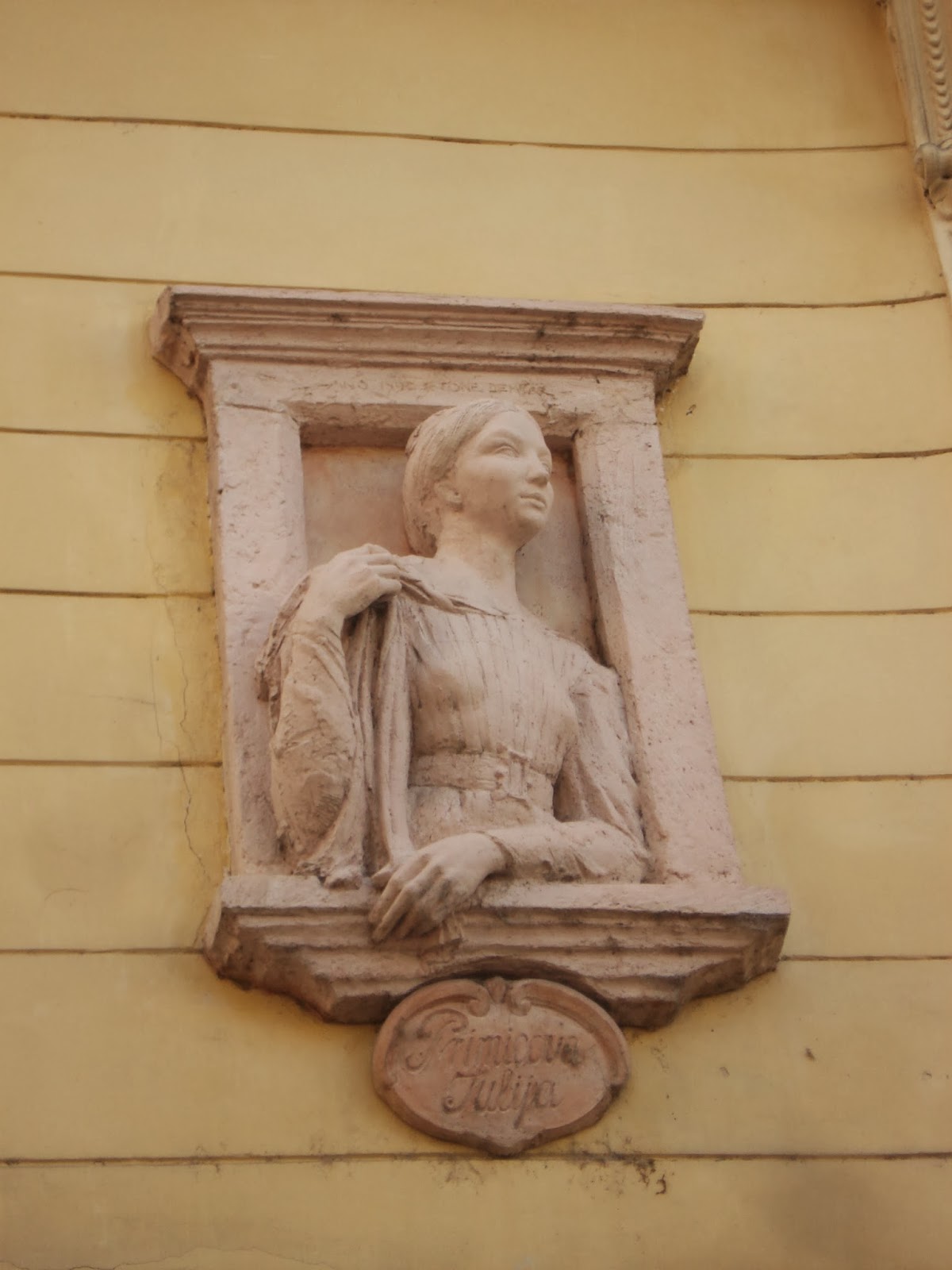 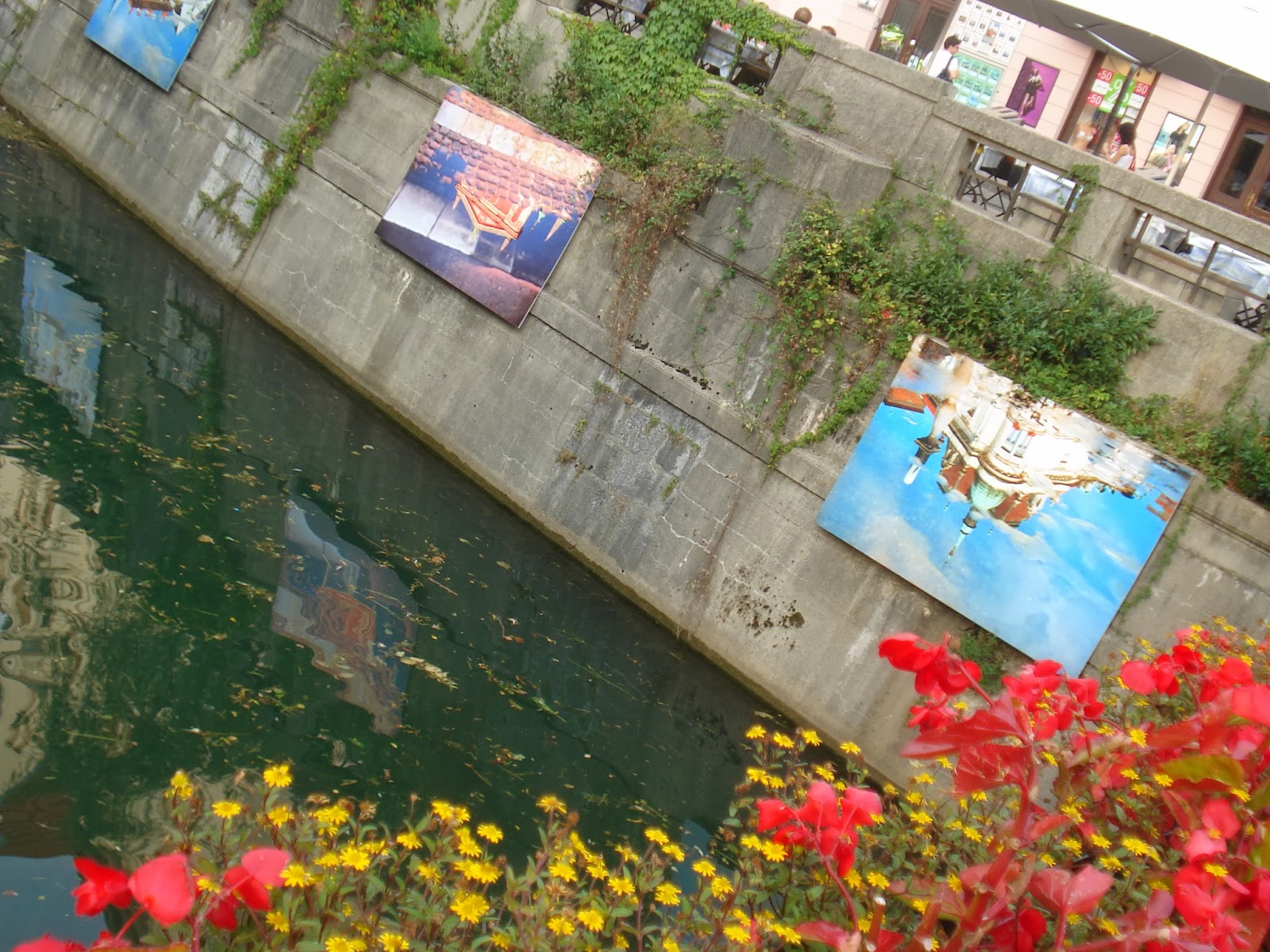 The Ljubljanica River flows through town and charmingly, has artwork posted upside down on its embankments, so you can view it right side up in the water. 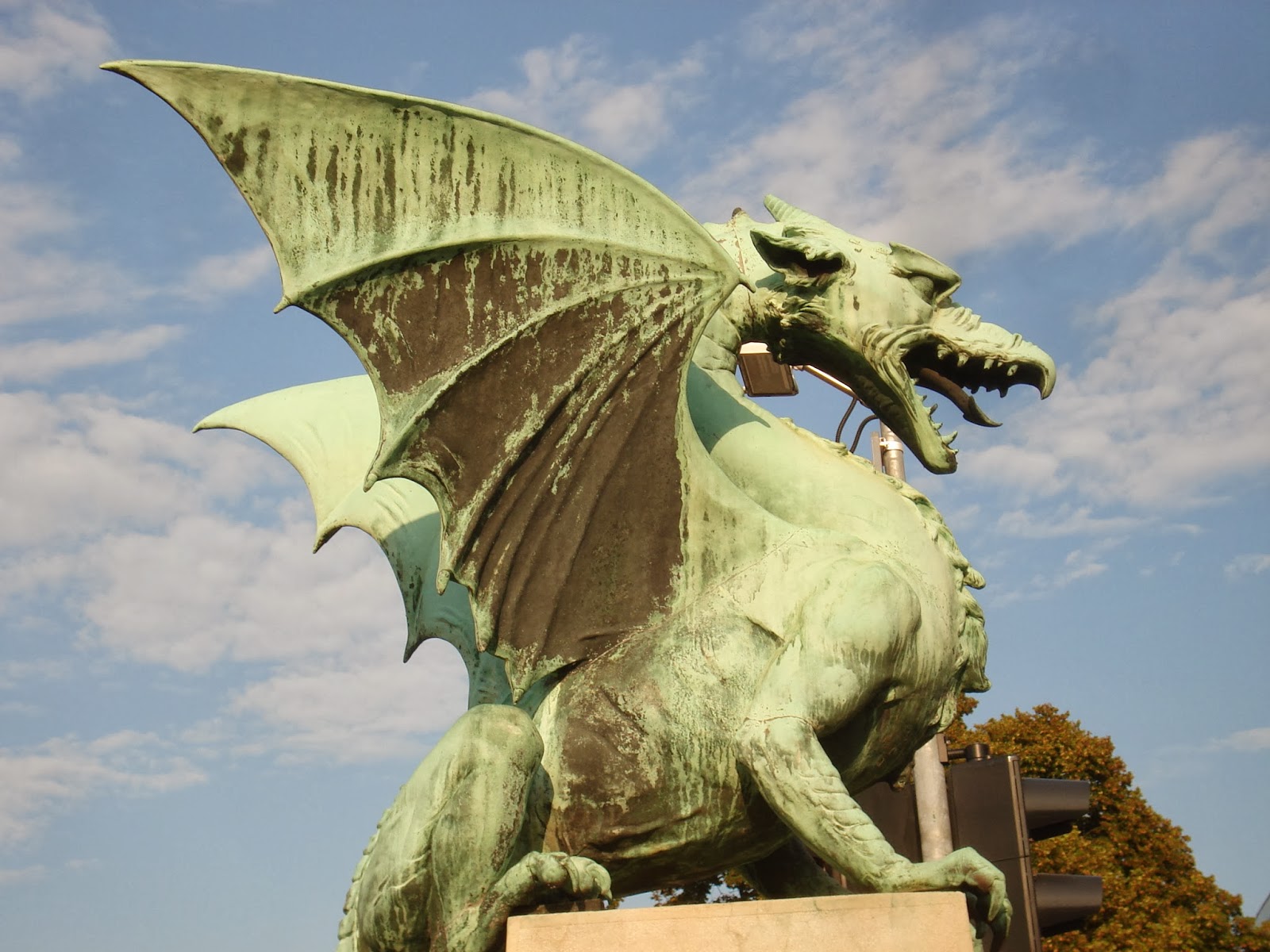 With the river winding its way through town, Ljubljana is of course a city of bridges. The Dragon Bridge, guarded by four dragon sculptures, is probably the most famous and photogenic. 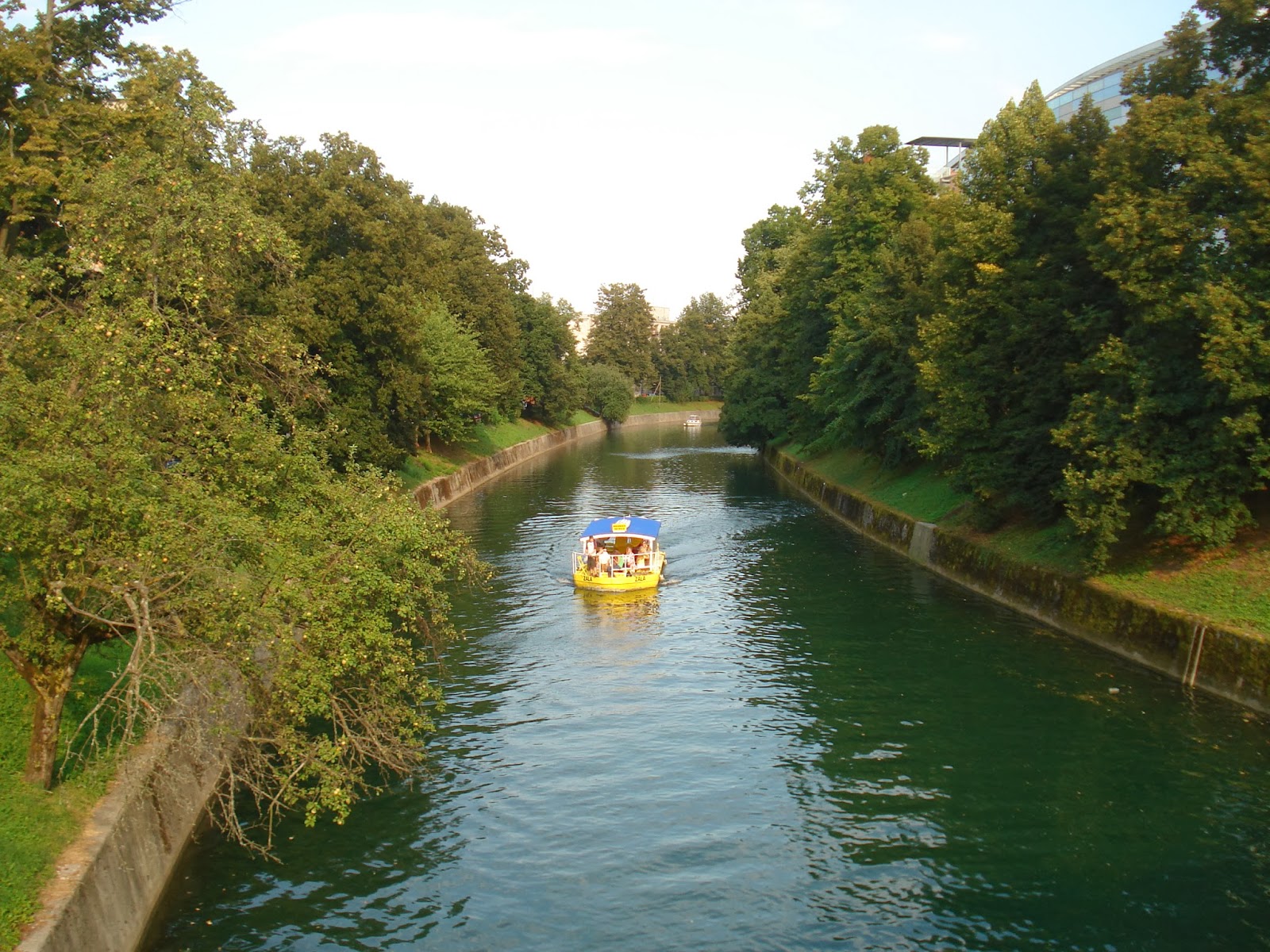 The photo above was taken just a short walk from the city centre. How many European capitals have this pastoral a setting so close to the centre of town?

Next week I’ll be revisiting this beautiful city, with photos of Ljubljana Castle and St. Nicholas Cathedral.