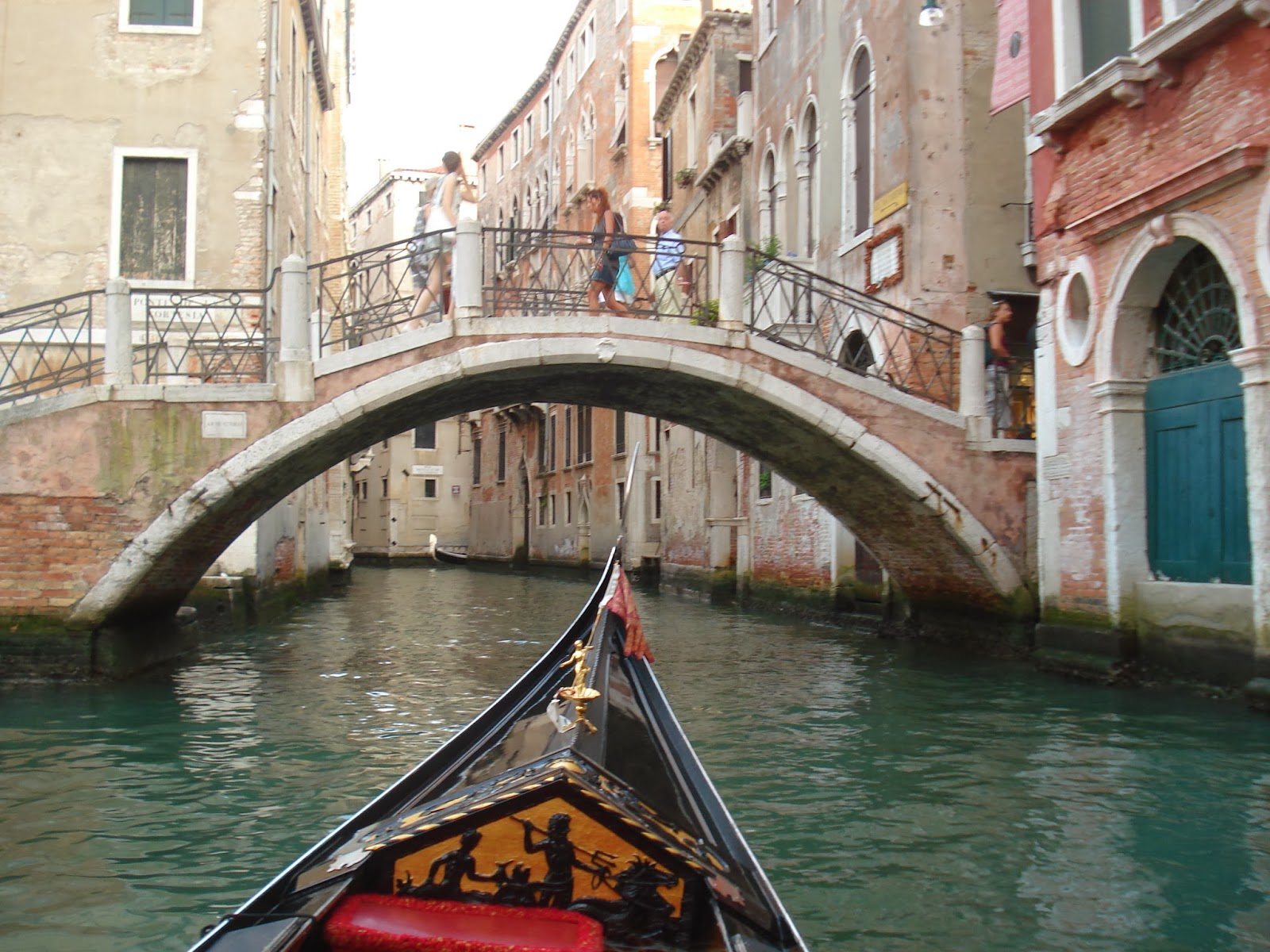 In some ways, Venice is the city that every other city wants to be. When we visited Ljubljana, that town was described as “The Venice of the Balkans”. Similarly, both St Petersburg and Bruges were called “The Venice of the North”. They are all wonderful cities, with their own enchanting qualities. But there’s something special about Venice. Whether it’s the history (gateway to the Orient), the art (Titian, Tintorello, Murano’s glassmakers), or the romance of those beautiful canals, there is no city like it. 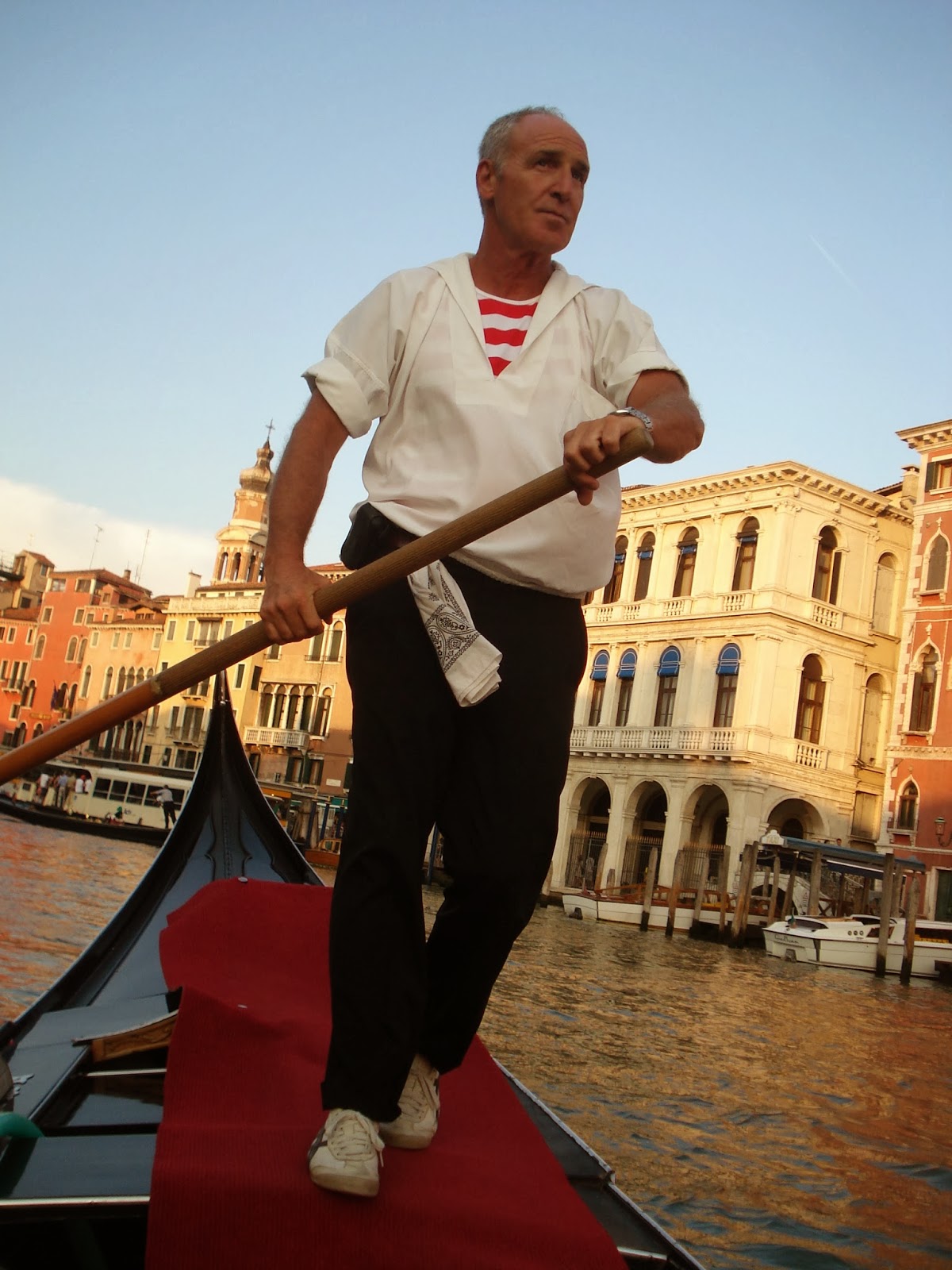 One of the highlights of our visit in 2009 was a gondola ride so we could explore those beautiful canals. Our gondolier was Adriano and, like his father, he made his livelihood from helping travellers explore the place that Lord Byron called “a fairy city of the heart”. 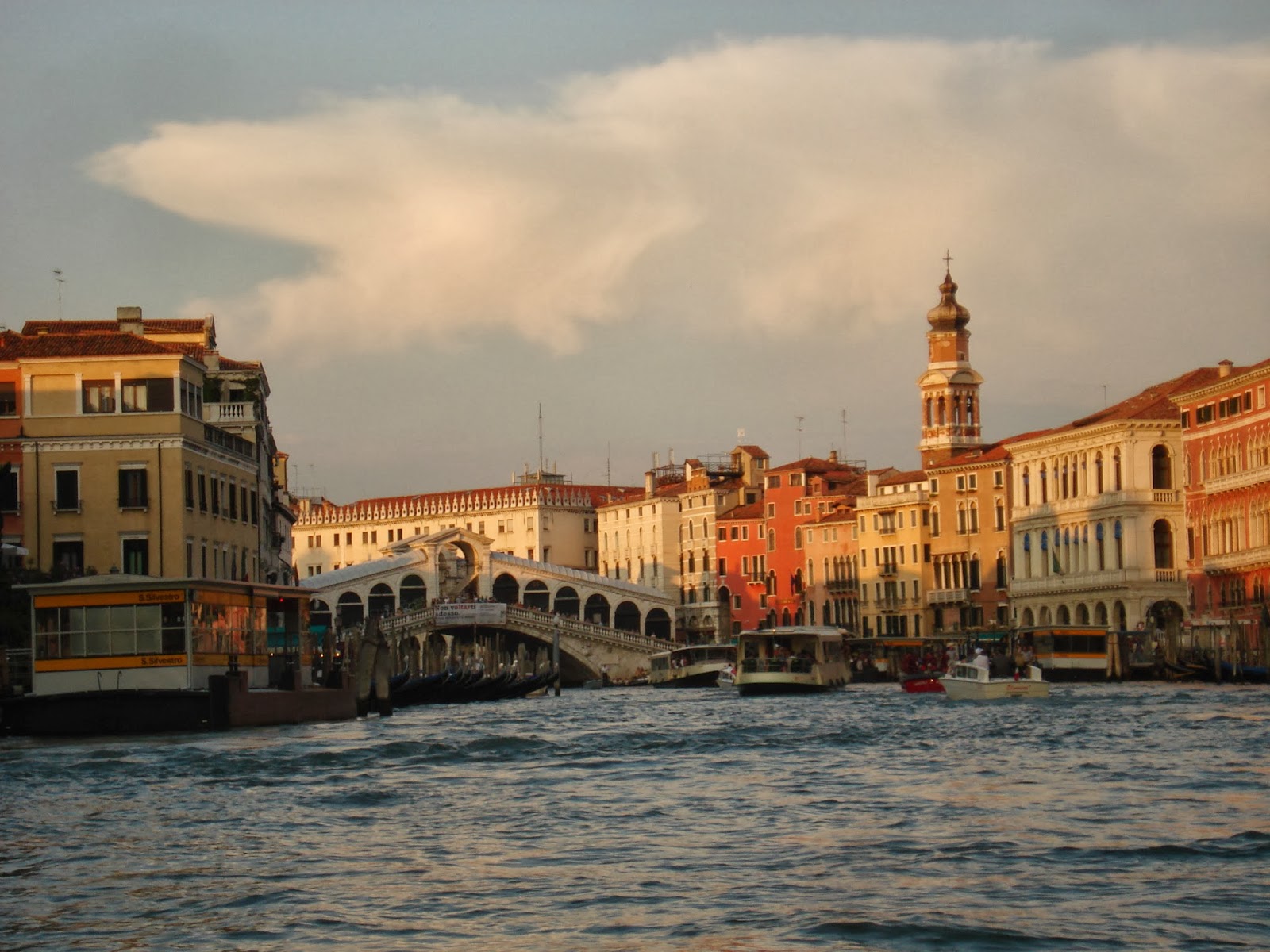 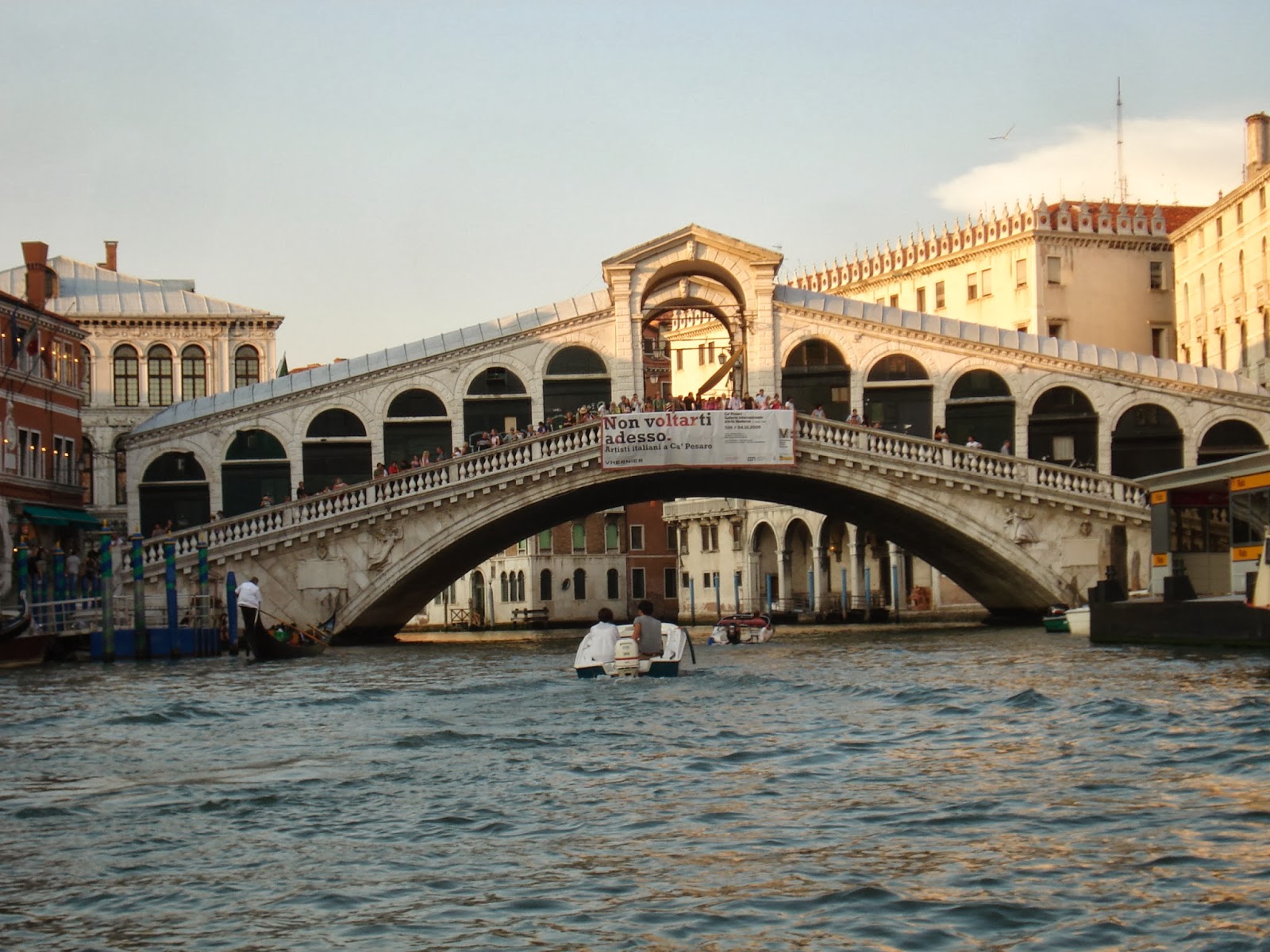 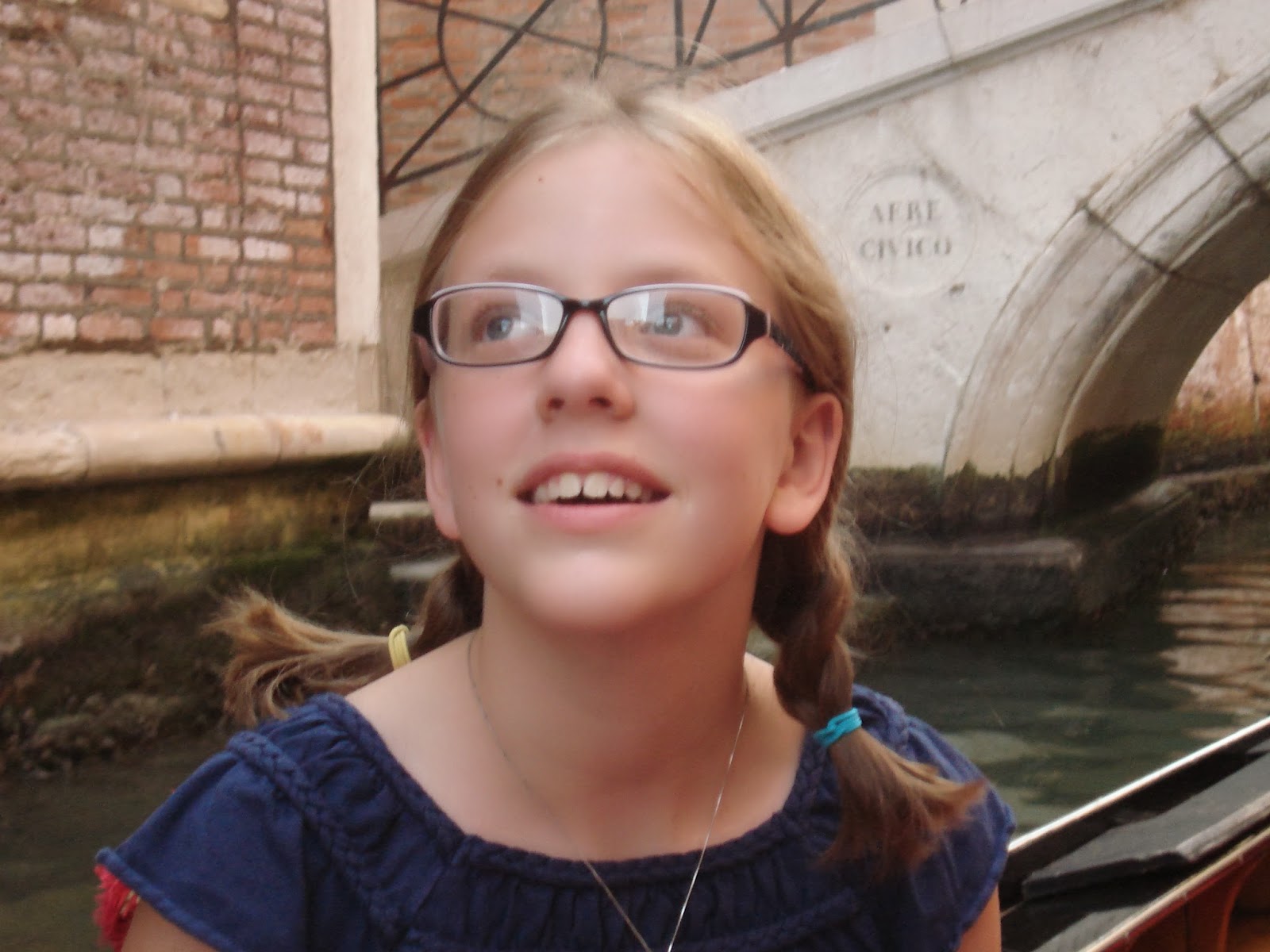 We travelled up the Grand Canal, admiring the glorious palazzos that lined its sides, including the magnificent Ca d’Oro. The Rialto Bridge, built in the late sixteenth century, remains the focal point of any trip along the Grand Canal. 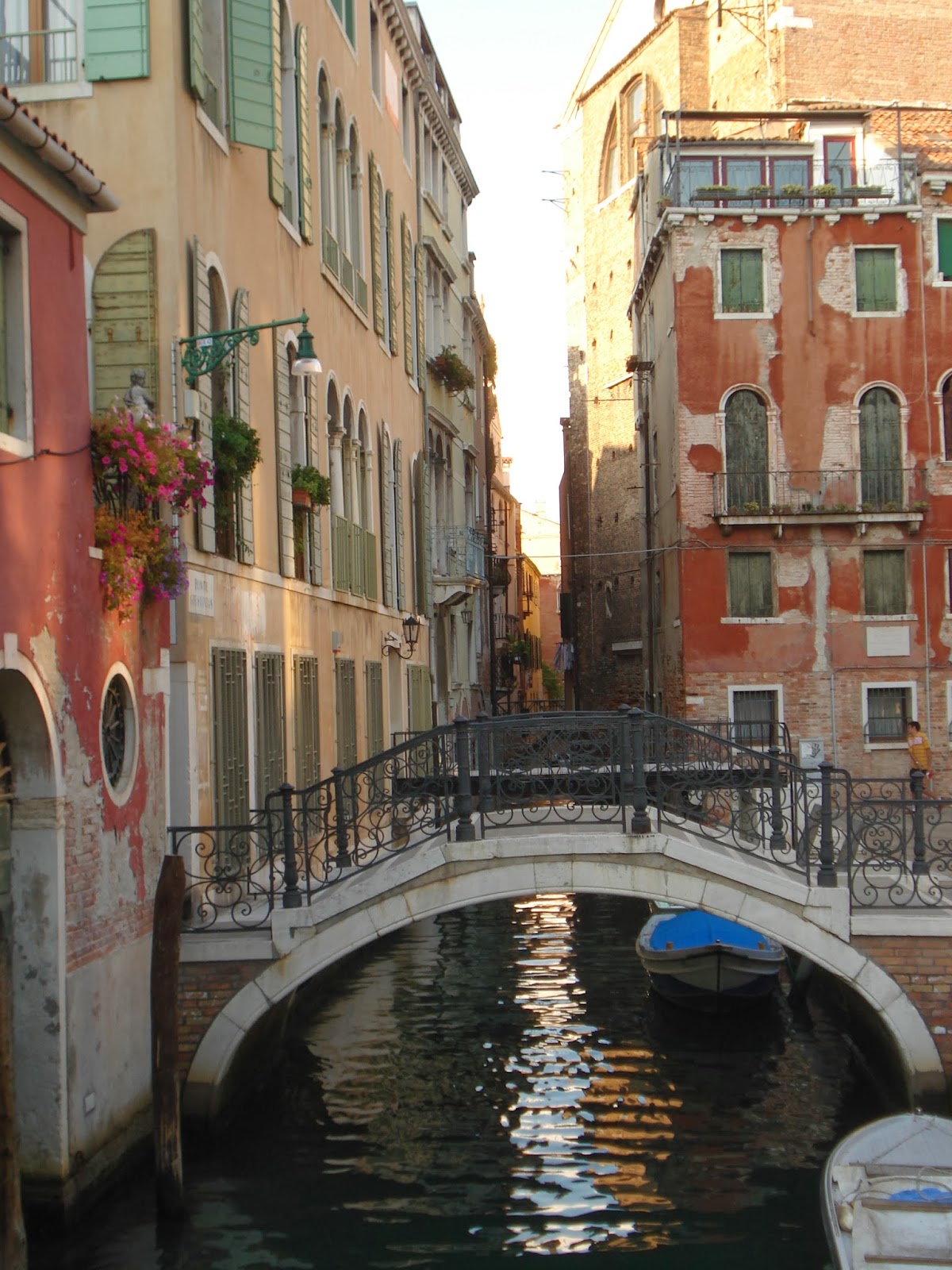 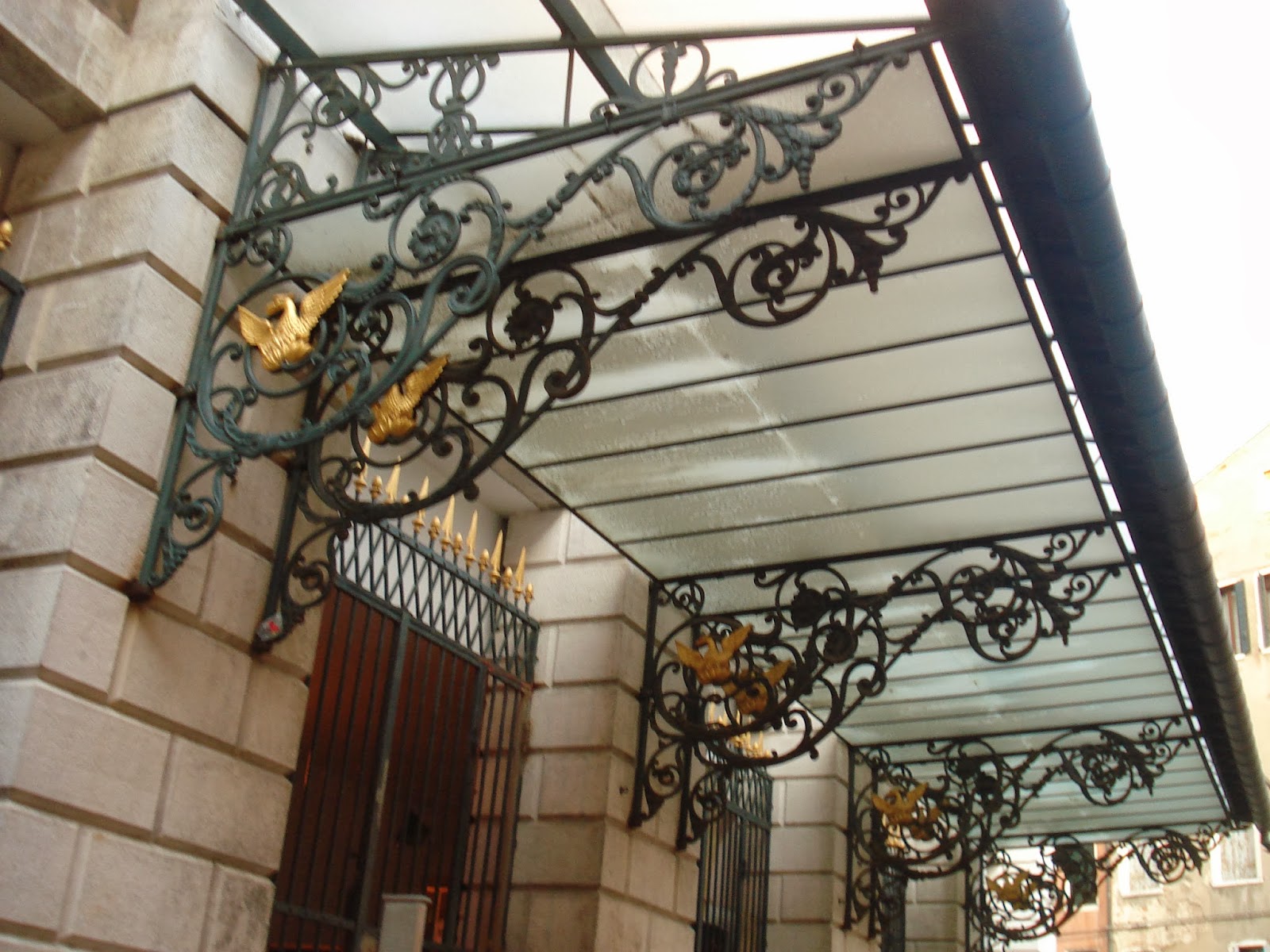 But the labyrinth of canals that lead throughout the city were just as enjoyable. We saw La Fenice, Venice’s famed opera house, from the gondola entrance, and many smaller bridges and paths. Although these buildings didn’t have the glory of some of the regal structures along the Grand Canal, our slower pace made up for it, as Adriano regaled us with stories of the city and his life. The crumbling bricks and peeling paint on some buildings only added to their sense of mystery and antiquity. 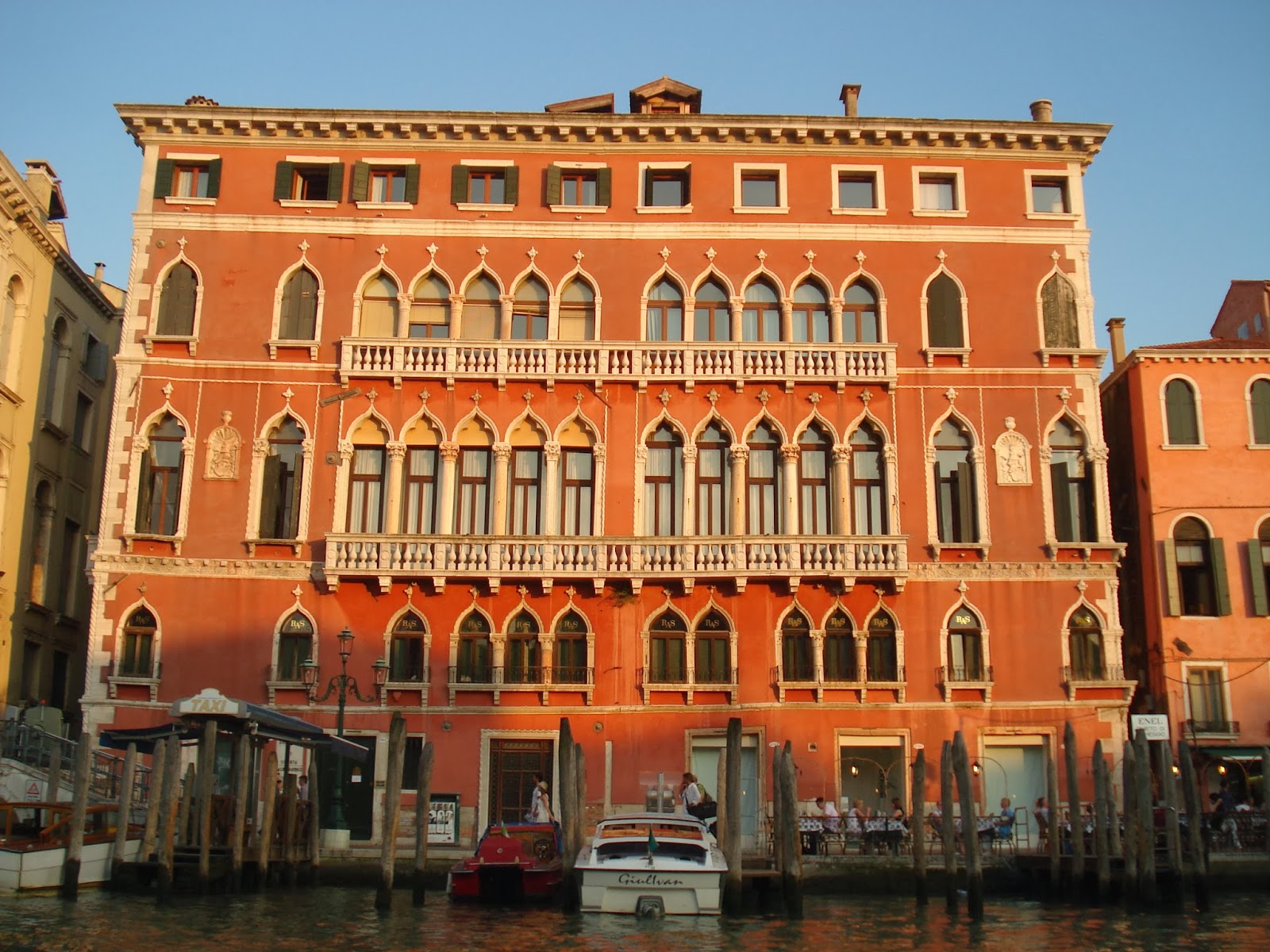 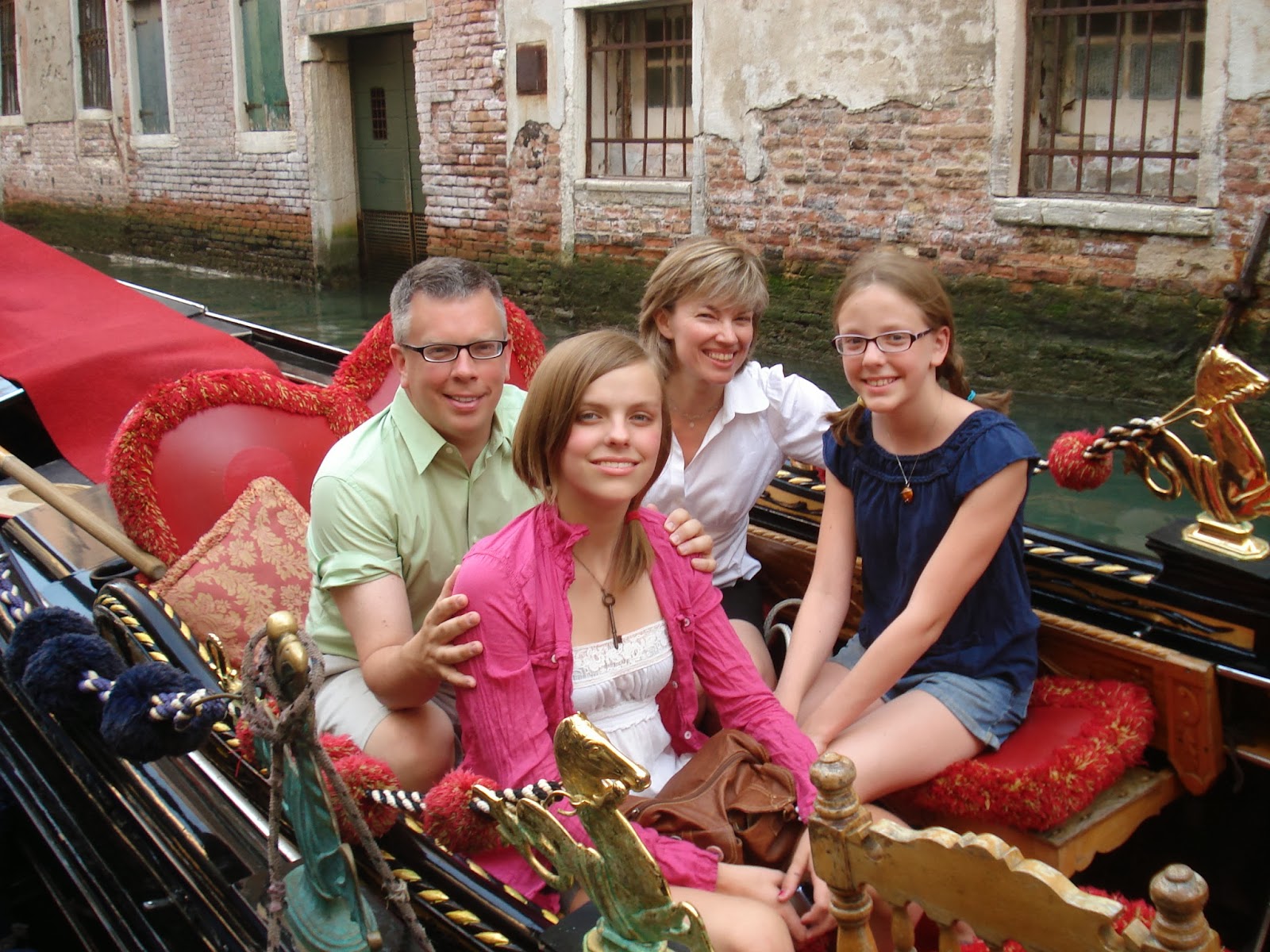