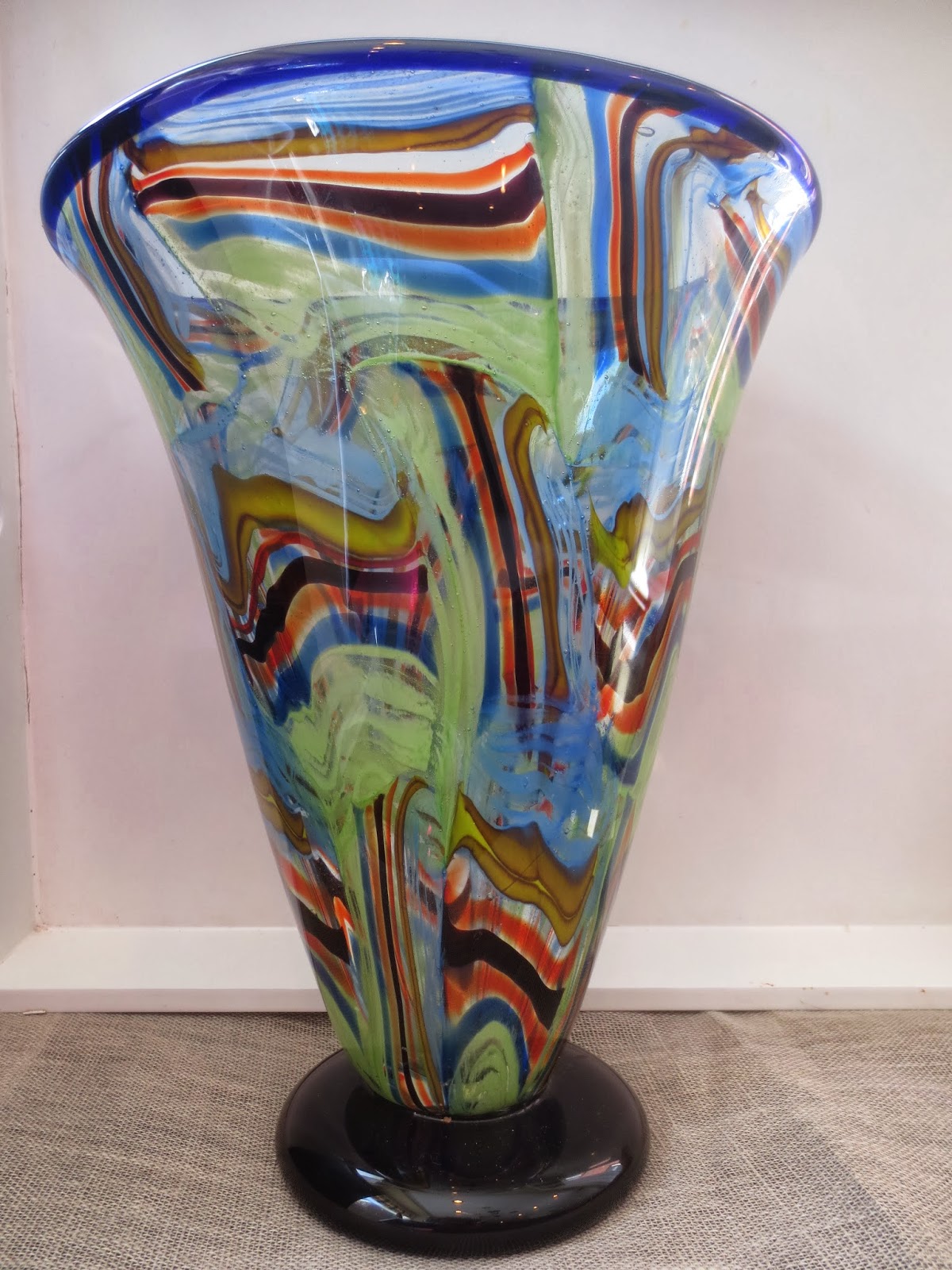 “Broken, the better to glitter.

Was that your intention,
to break apart just enough
to shine? What’s forged
without heat, or gleams without
a blush of poison?”
– from “Murano” by Mark Doty 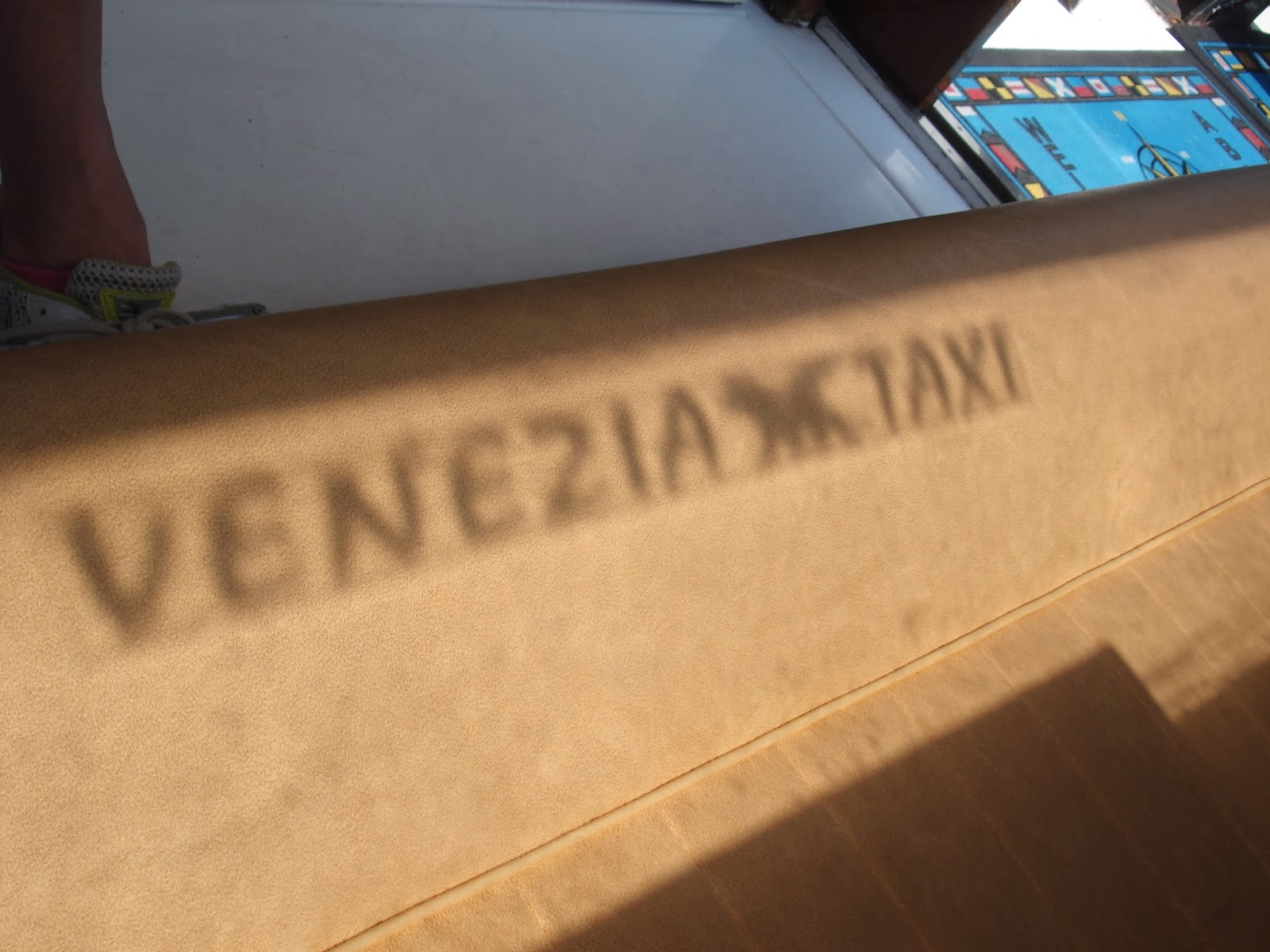 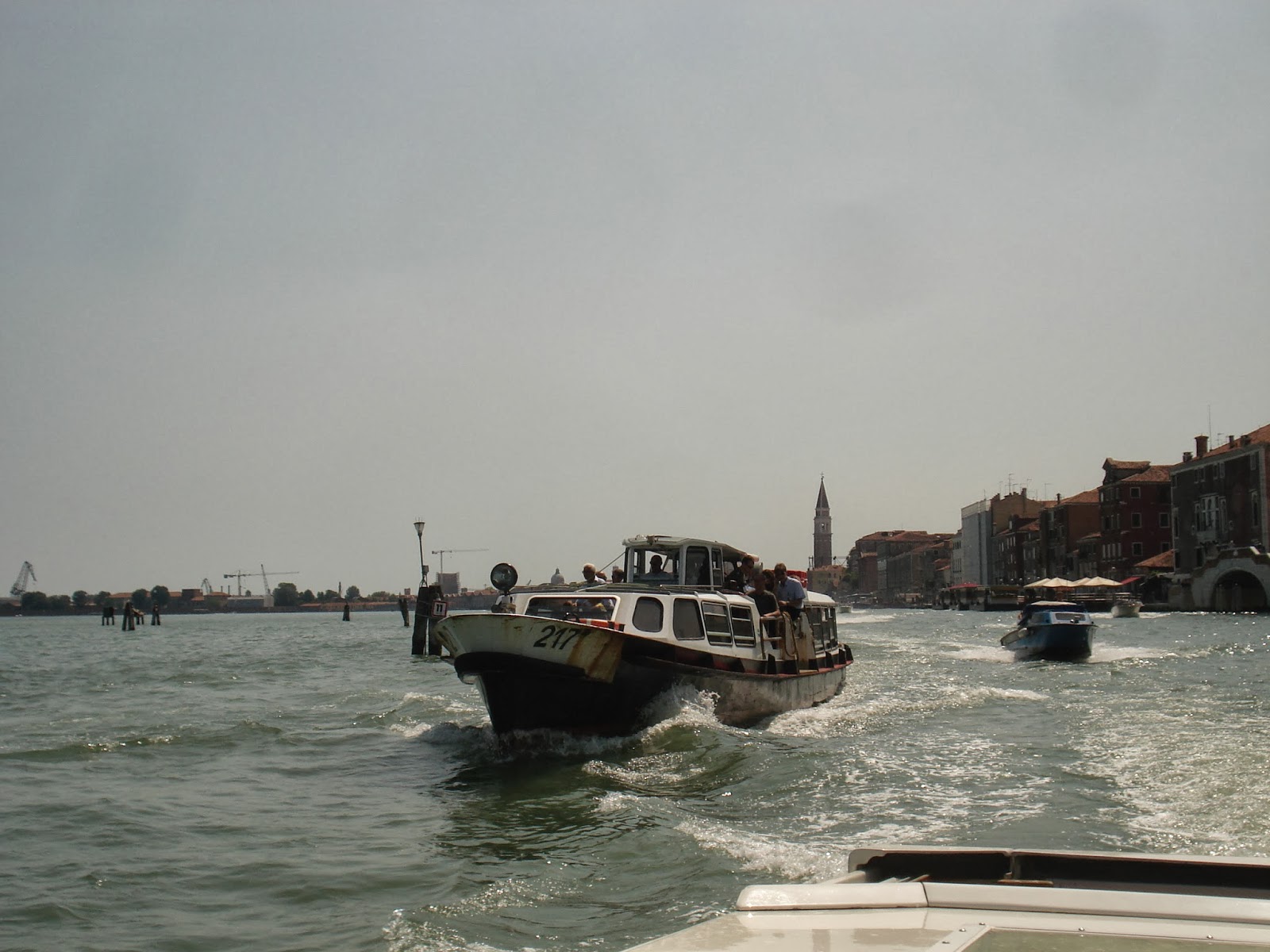 Of the four classical elements, water is the one that defines Venice best. It’s ironic, then, that the art for which Venice is best known is a product of fire and air.

Glass-making is the most important industry in Murano, a district of Venice made up of several islands connected by bridges. In the thirteenth century, all Venetian glassmakers were forced to resettle to Murano because of the risk of fire in the city. They soon formed a community on the island, and for many years were known for making the best glass in the world. In fact, artisans were prohibited from leaving the country, to prevent their specialized techniques from being copied elsewhere. 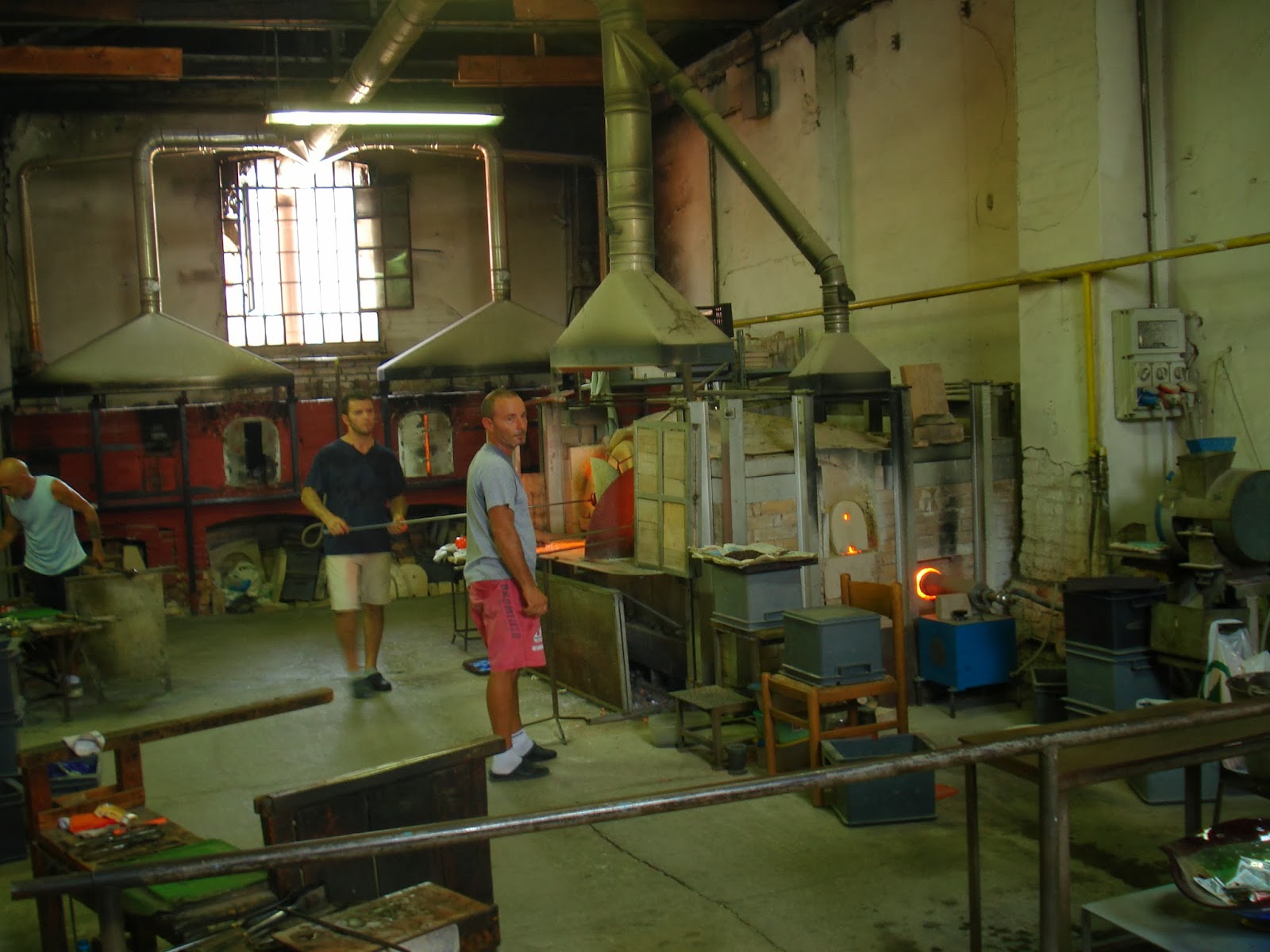 Many of today’s glassmakers use the same techniques that have been passed down for generations. And they’ve taken advantage of their reputation by opening some of their factories and studios to visitors. When we were in Venice, we took a water taxi to visit one of the factories, and enjoyed seeing the stages of the process, including heating and colouring the glass, and shaping it by blowing or by using hand tools. These artisans work in incredibly hot temperatures – even watching the process from a safe distance was steamy. We were amused to see this artisan light a cigarette off the hot, malleable glass. 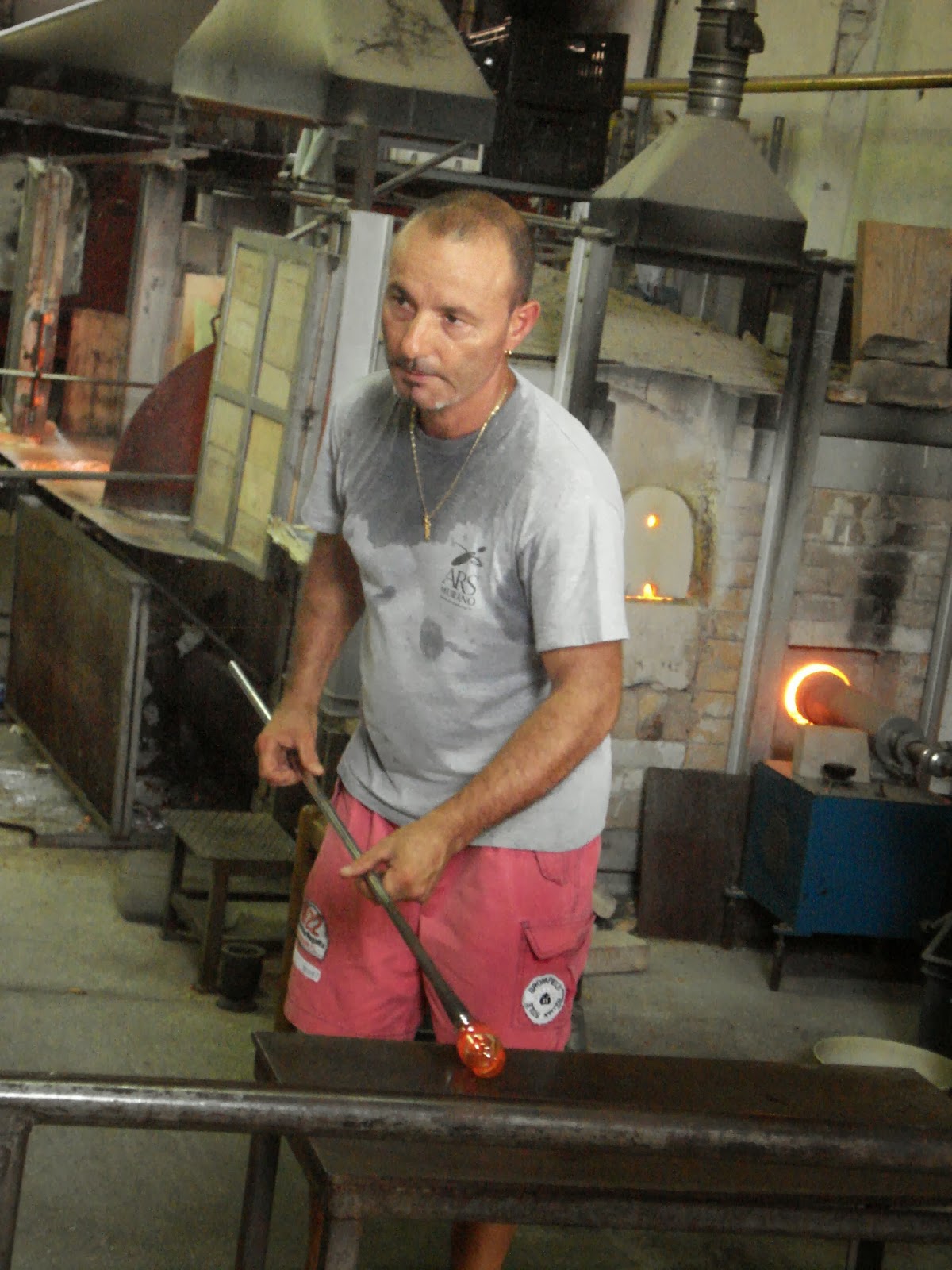 “Always
the fate of the maker,
to become what’s made.”

– from “Murano” by Mark Doty