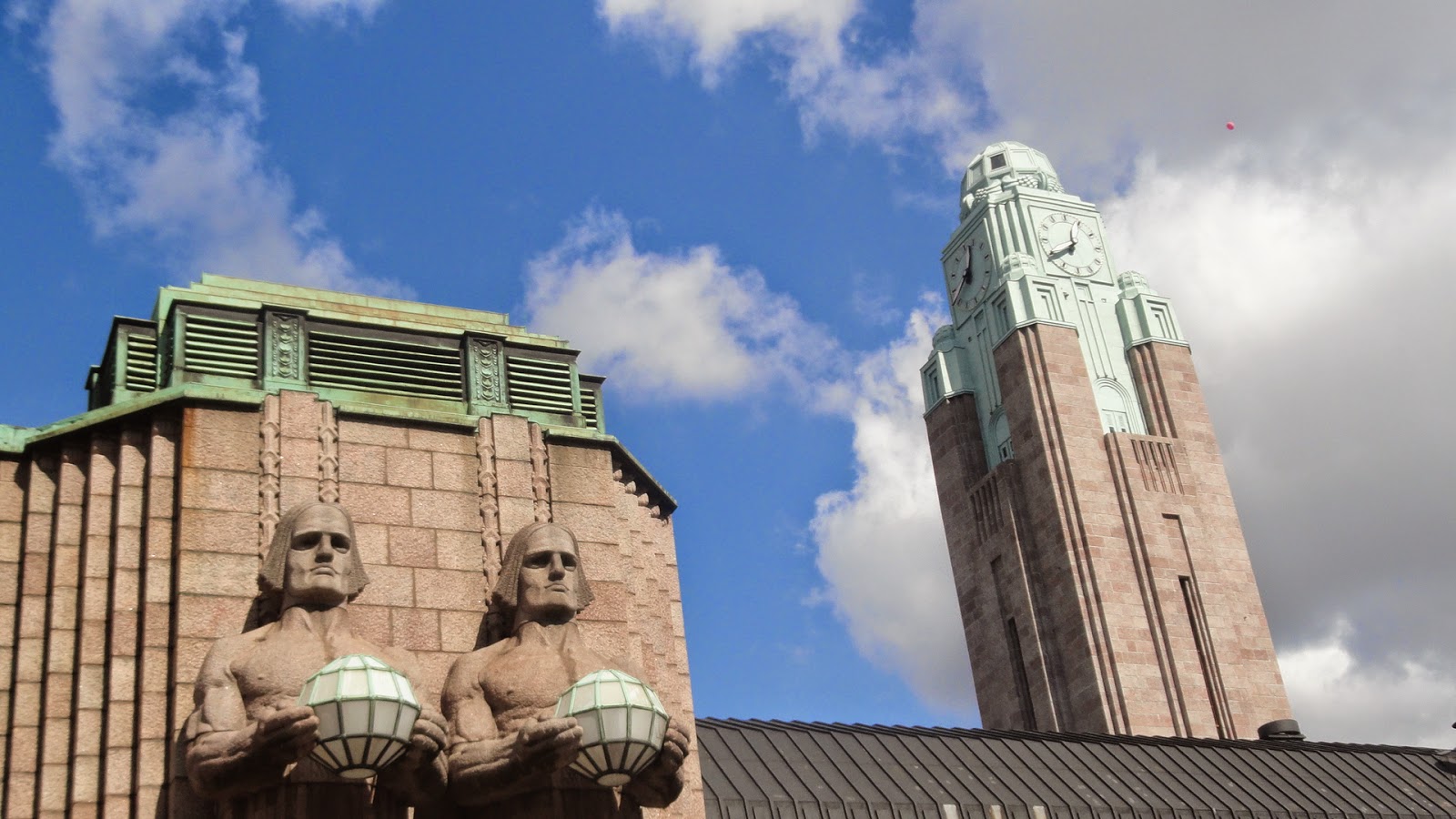 We visited Helsinki for one day, as part of a Baltic cruise. The other destinations on the cruise were so fabulous (St. Petersburg! Stockholm! Copenhagen!) that we didn’t give much advance thought to Helsinki. In the end, it was such a great port that I wished we’d had more time there.

I’ve written elsewhere about a few of the sites we saw: the stunning Helsinki Cathedral, the evocative Sibelius Park, the striking Rock Church with its peculiar choice of organ music. I’ll finish the tour today by describing some of the other places we visited. 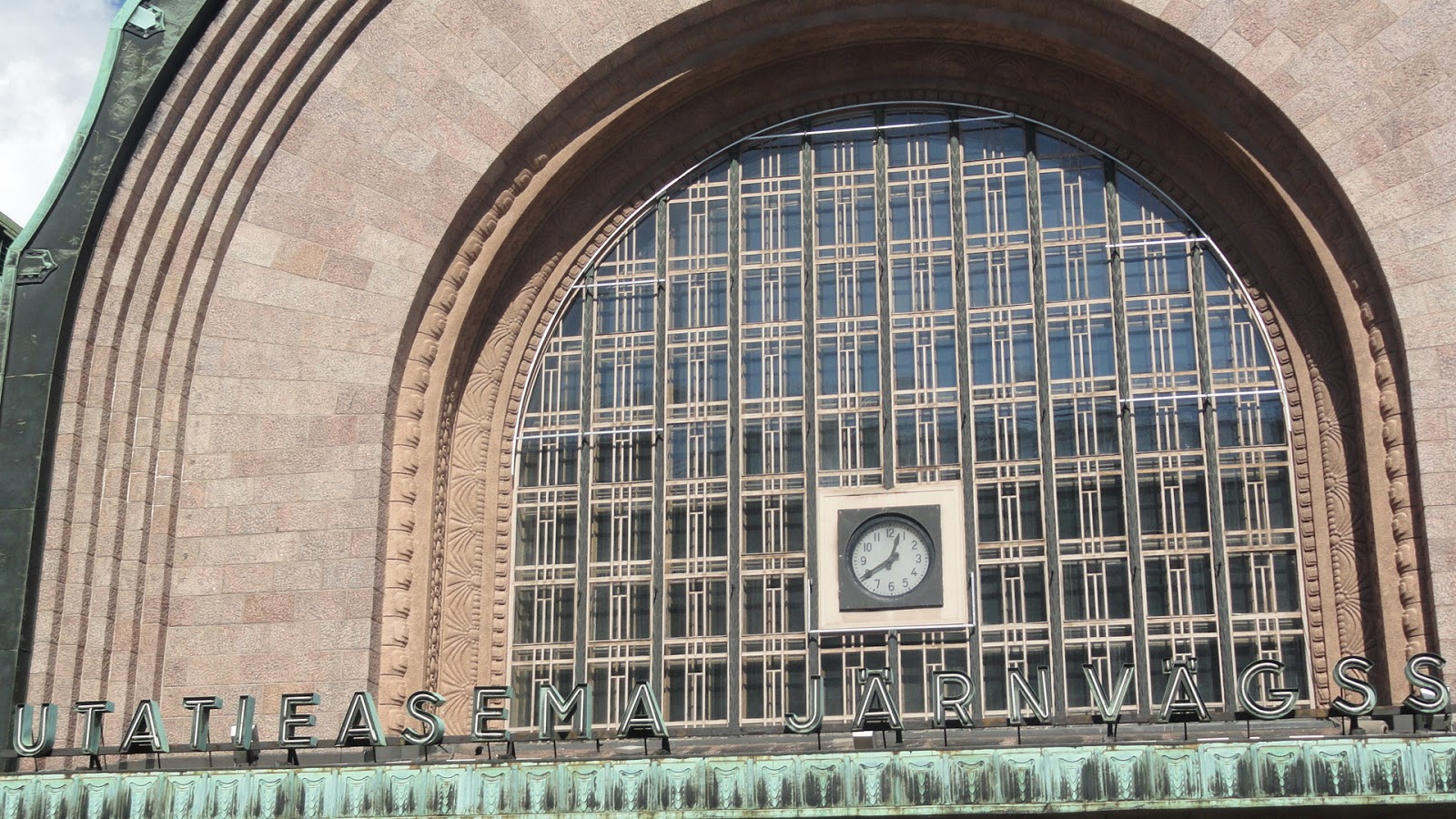 Taking mass transit might be more uplifting if every station was as beautiful as the Helsinki Central Railway Station (Rautatieasema jarnvagsstation). Pictured both here and at the top of the post, it was designed by star art nouveau architect, Eliel Saarinen.

The statue of Havis Amanda was erected in Market Square over a hundred years ago amid controversy, because of both the subject’s nudity and the concern that it subjugated women. Now it’s one of the best-loved features of the city. (The orange tent in the background is one of the tents in Market Square that sells food and other items in warm weather.) 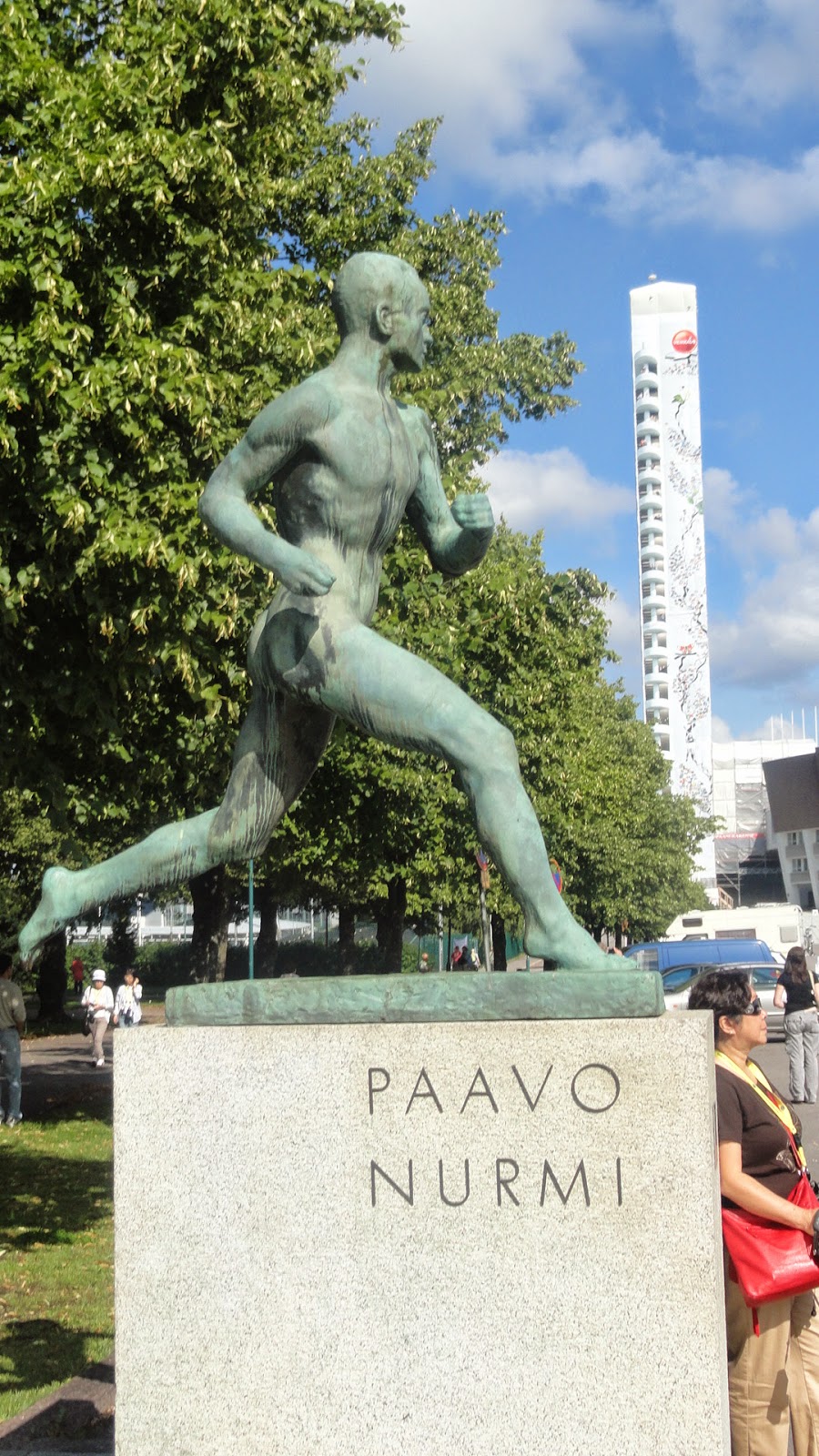 The great Finnish long-distance runner, Paavo Nurmi, is celebrated with a statue in front of the Olympic Stadium Tower, site of the 1952 summer Olympics. 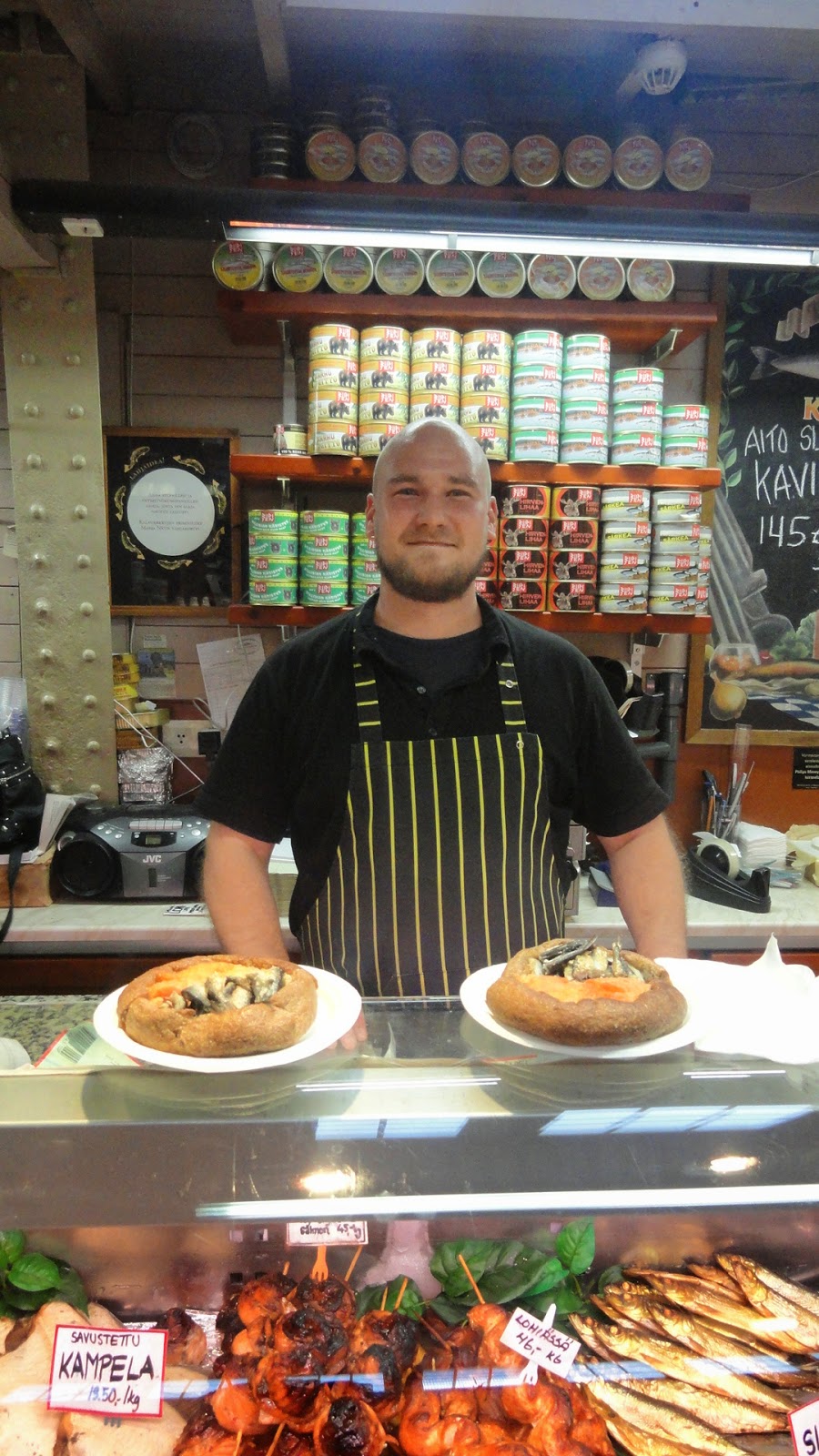 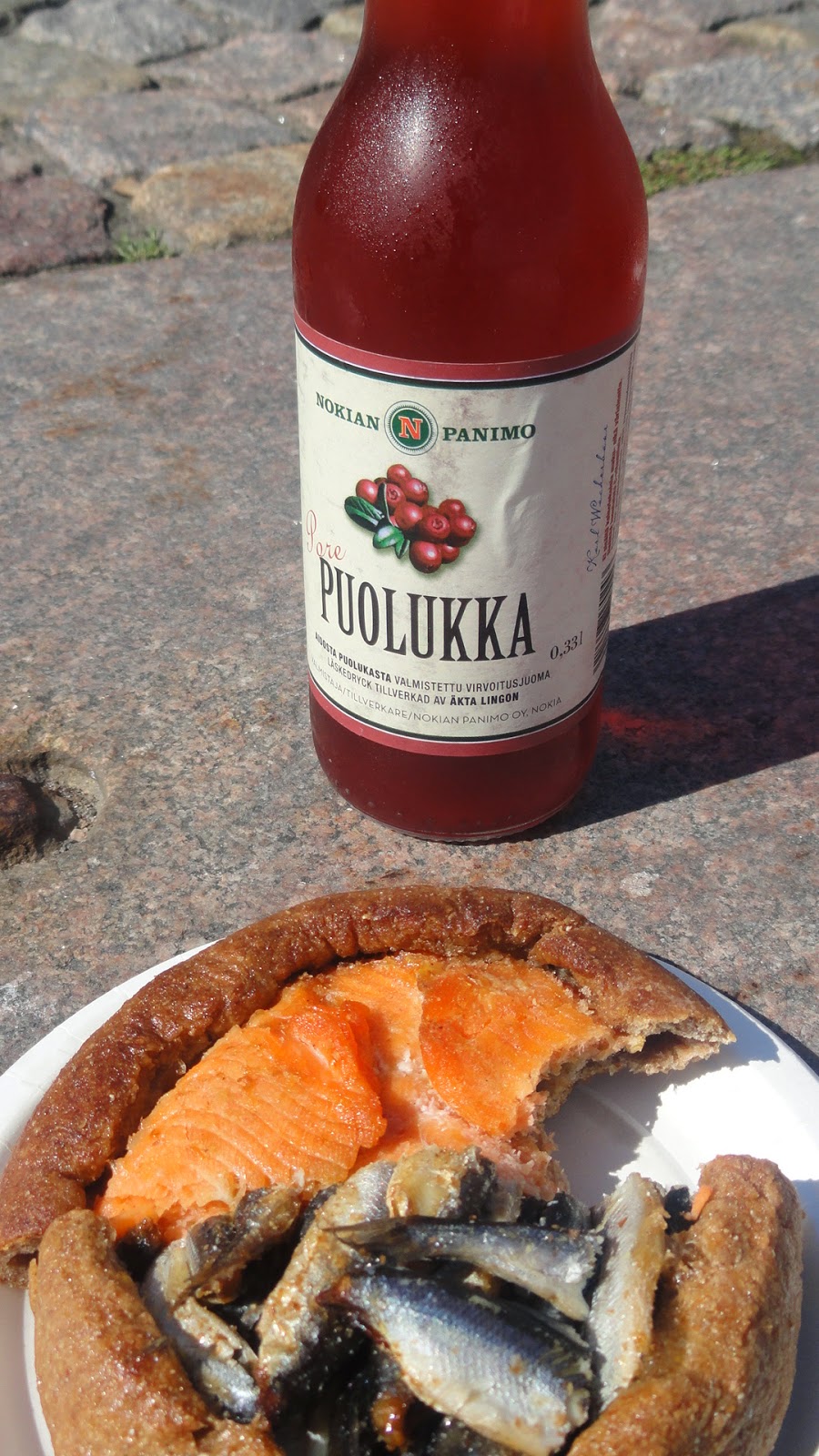 Helsinki Market Hall is a food terminal that serves fabulous Finnish and international food, both to eat there and for takeout. Those that eat there might enjoy a lunch of herring pie, or salmon pie, with lingonberry juice. And those who get teary-eyed at the sight of realistic-looking herrings might convince their mother to buy cheese sandwiches from a food tent in Market Square. 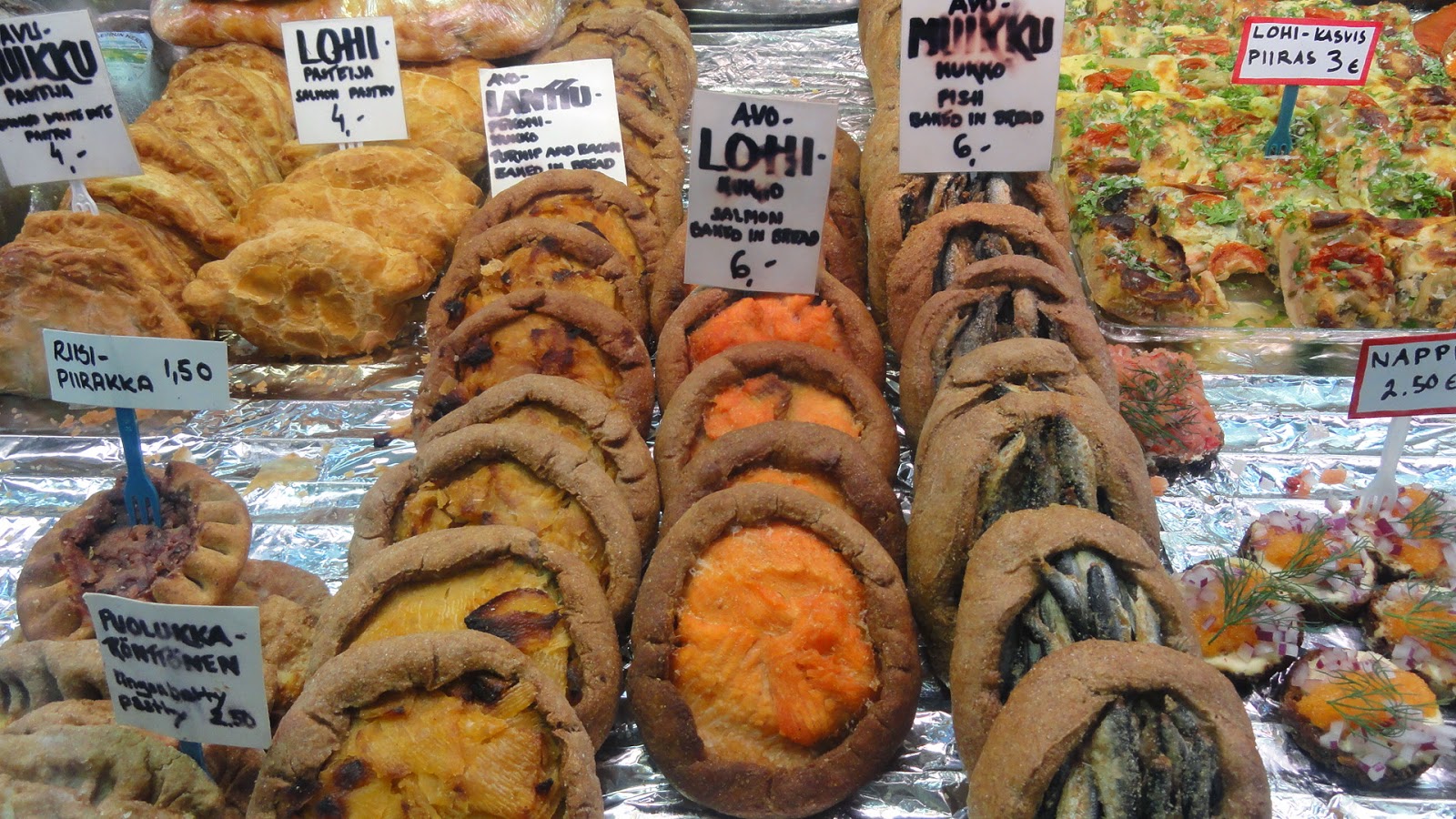 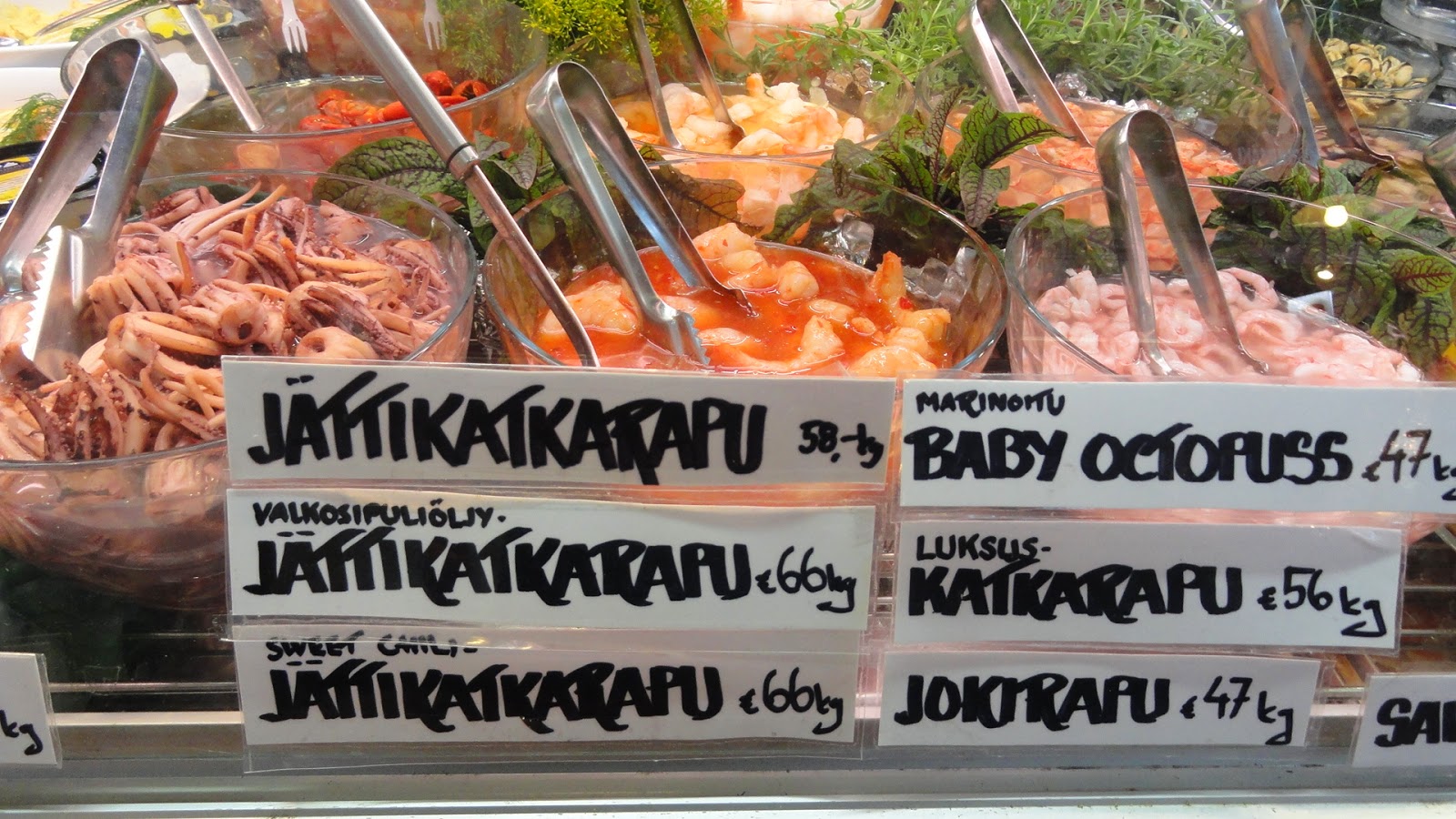 Sharing a seat – and a laugh – on the bus back to the ship: 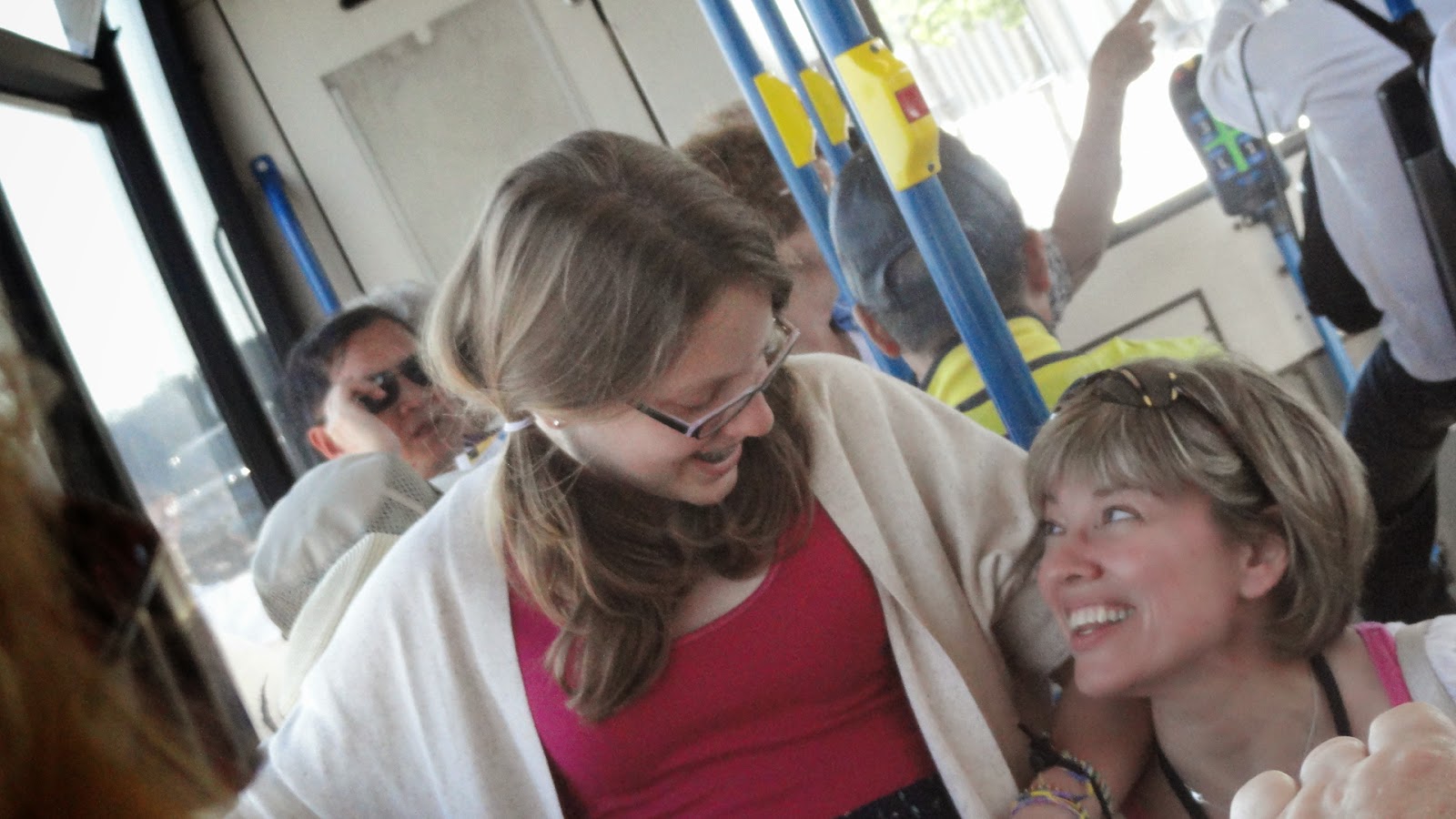