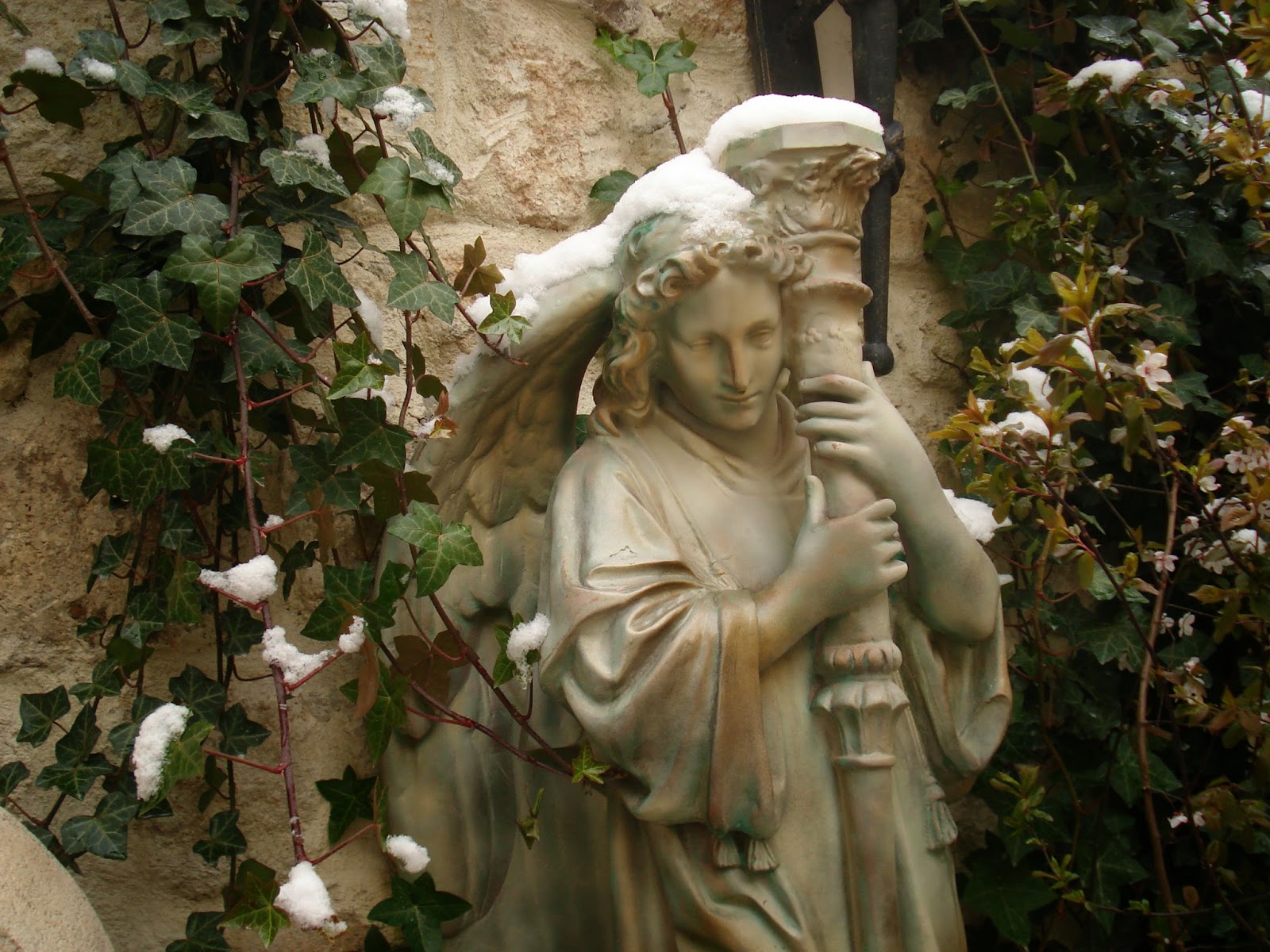 We’ve stayed in some memorable hotels, but one of our most unique accommodations was a cave – that is, a cave hotel. Sacred House in Cappadocia, Turkey was carved from the side of a rock, with good reason. There is historical precedent for cave dwellings in this part of the country. 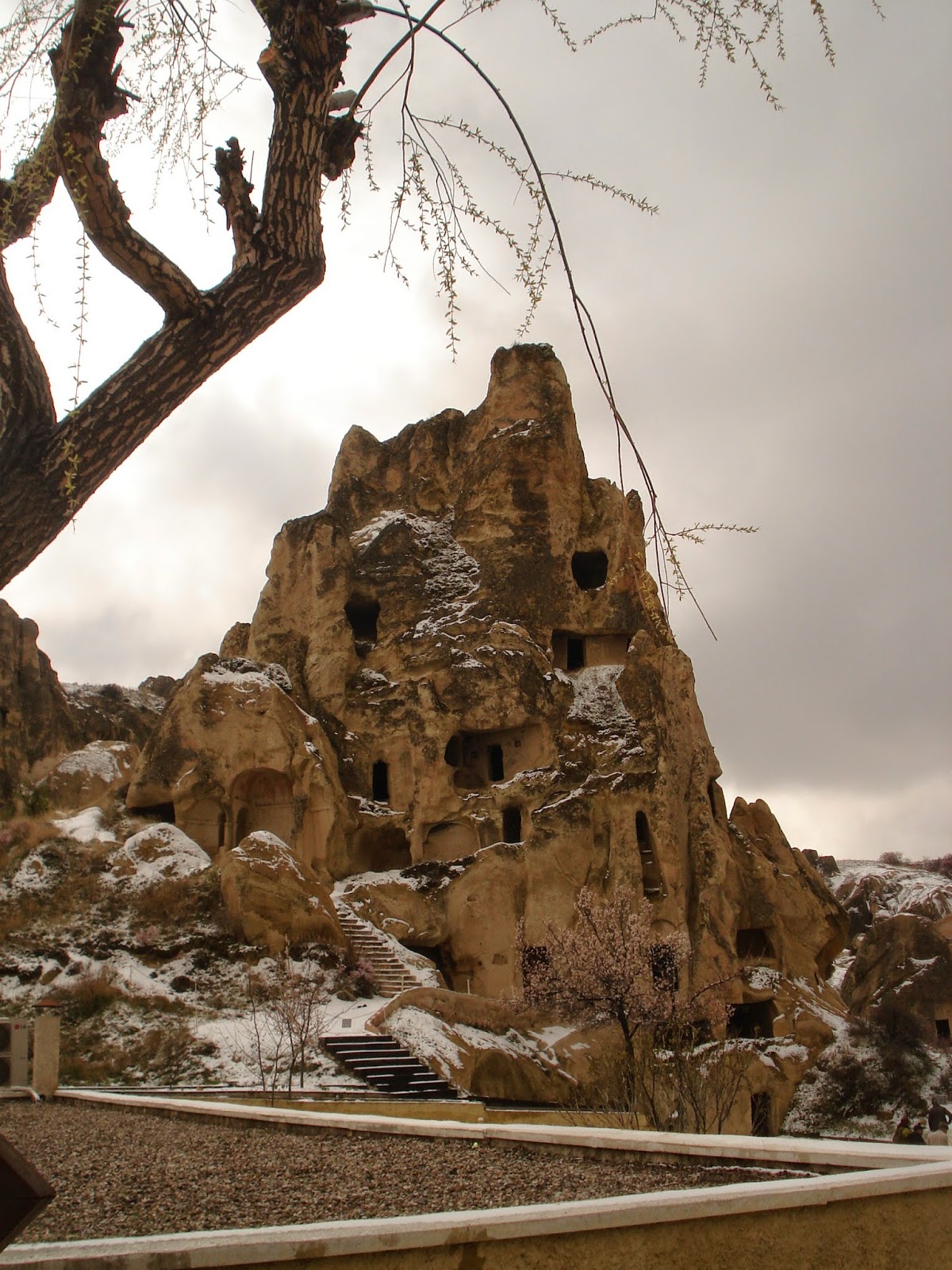 Cappadocia, located in central Turkey, was a frequent target of foreign armies. The Lydians, the Persians, the Greeks and the Romans were just some of the conquering nations. Because the region was so often under siege, and because the early Christians in the area were subject to persecution, Cappadocians soon learned that the safest place to hide was in a warren of caves, where houses, churches and public spaces were all cut out of the rock. Elaborate defences were constructed to allow these cave dwellers to counterattack their aggressors. 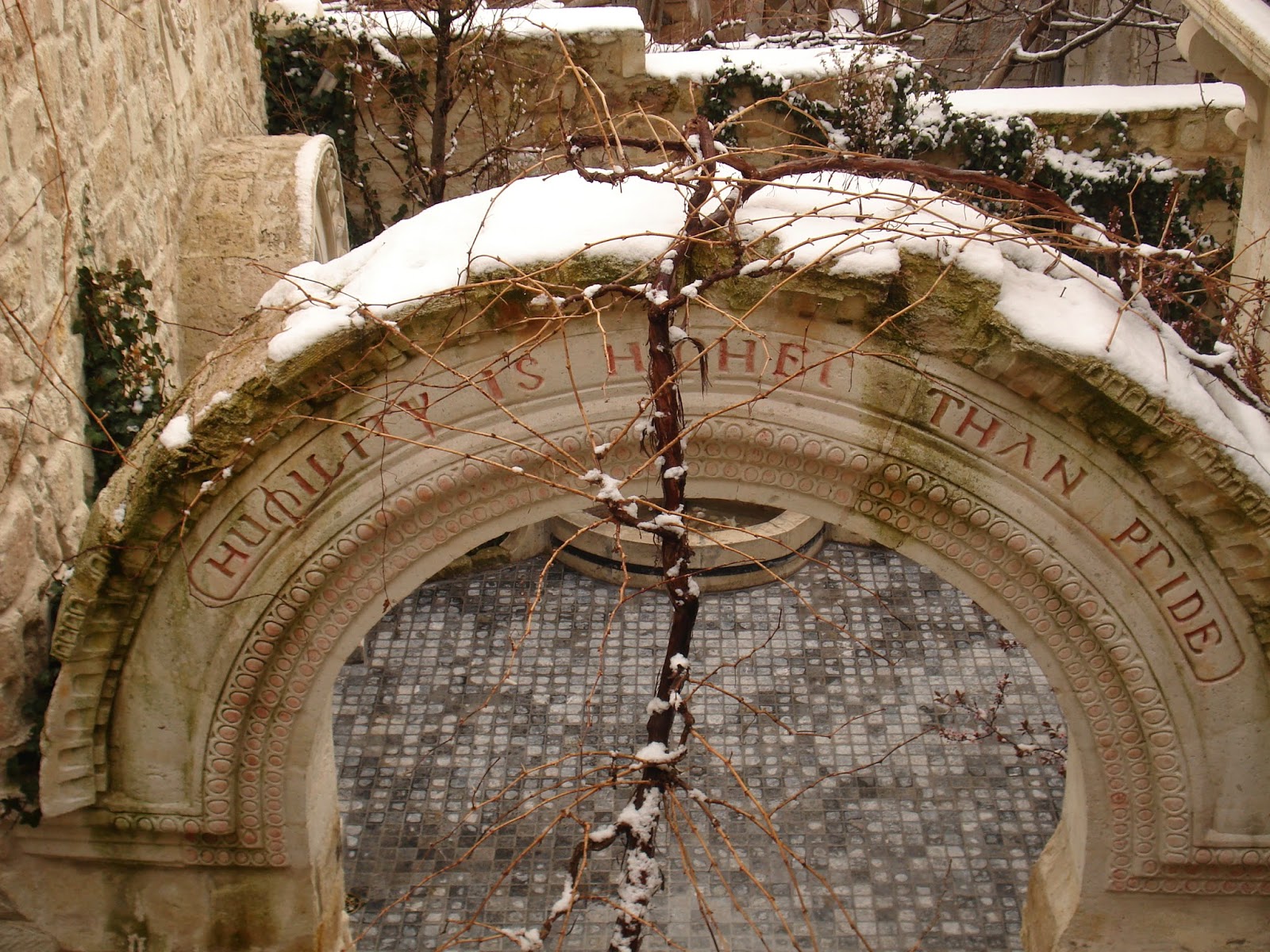 Our stay in a cave hotel was a little more comfortable. Although it was unseasonably cool when we visited, our cave lodgings were above the ground, and in a setting that was full of light. The courtyard was framed by medieval art and sculptures, and a gentle snowfall christened it with a fanciful quality. We might have been living in a legend, so ethereal were our surroundings. 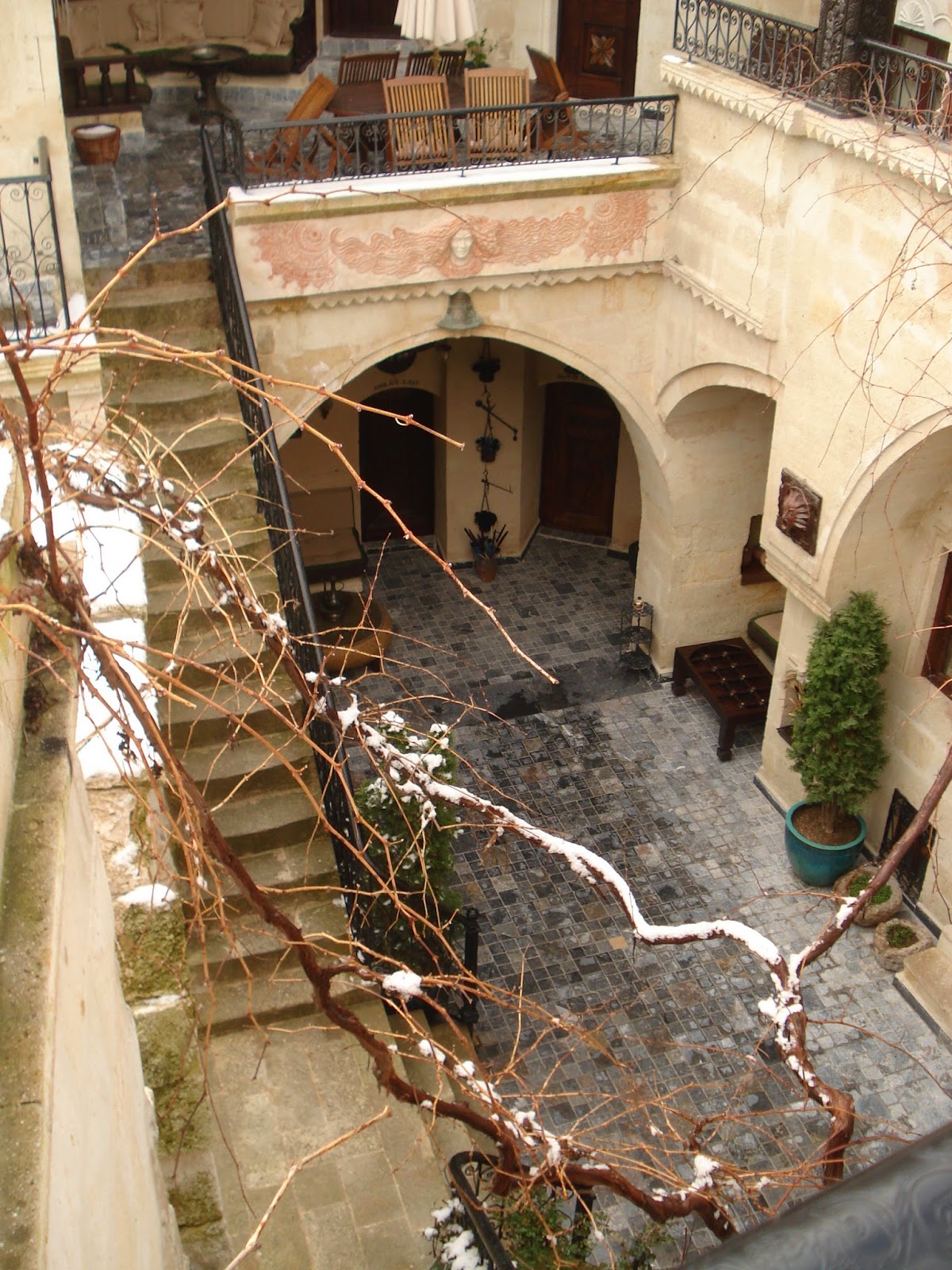 Most of the rooms were accessed off the central courtyard and had names that stirred our imaginations. We stayed in “Anka’s Lair” (Anka is the Turkish word for phoenix) and the “Old Chapel”; other choices included “Byzantium Treasury” and “Fairies Nest.”

One of our best memories of the trip was at bedtime, when I joined the girls in their room and read a chapter from one of their favourite books, Fablehaven. The mythical creatures and fantastic adventures in the book suited the Cappadocian landscape perfectly. 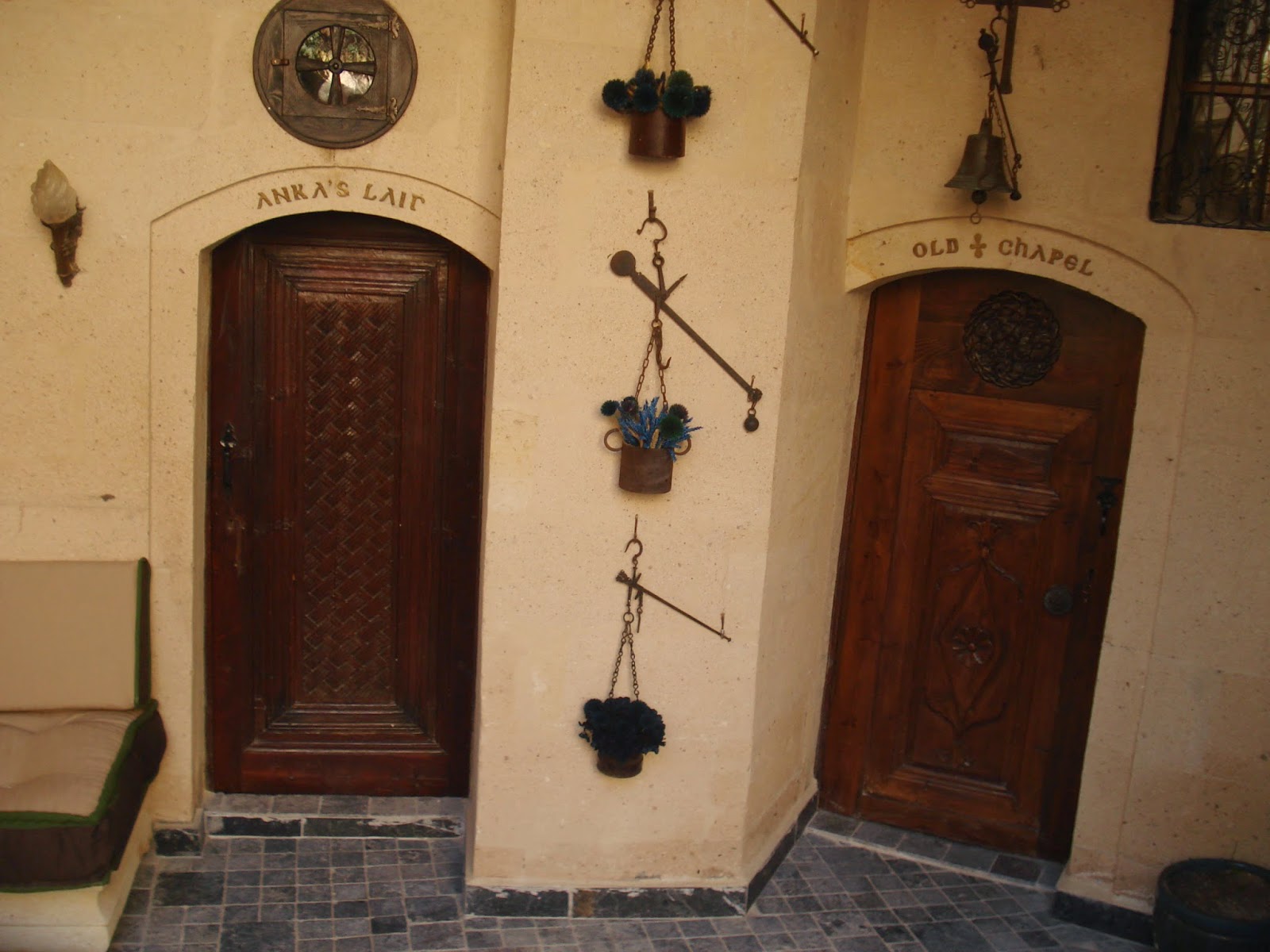 Rock-hewn walls and fabulous bathtubs don’t have to be mutually exclusive: 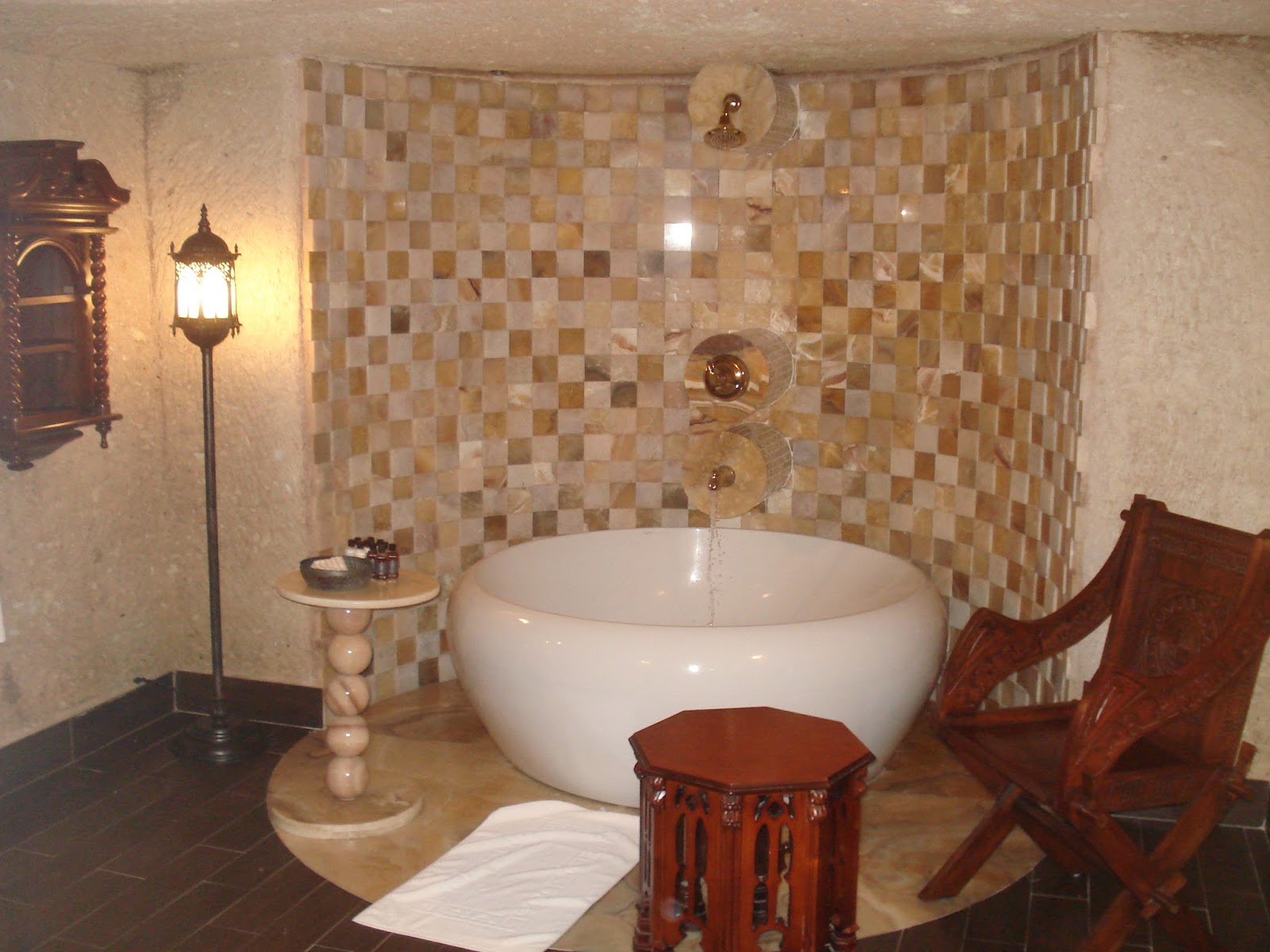