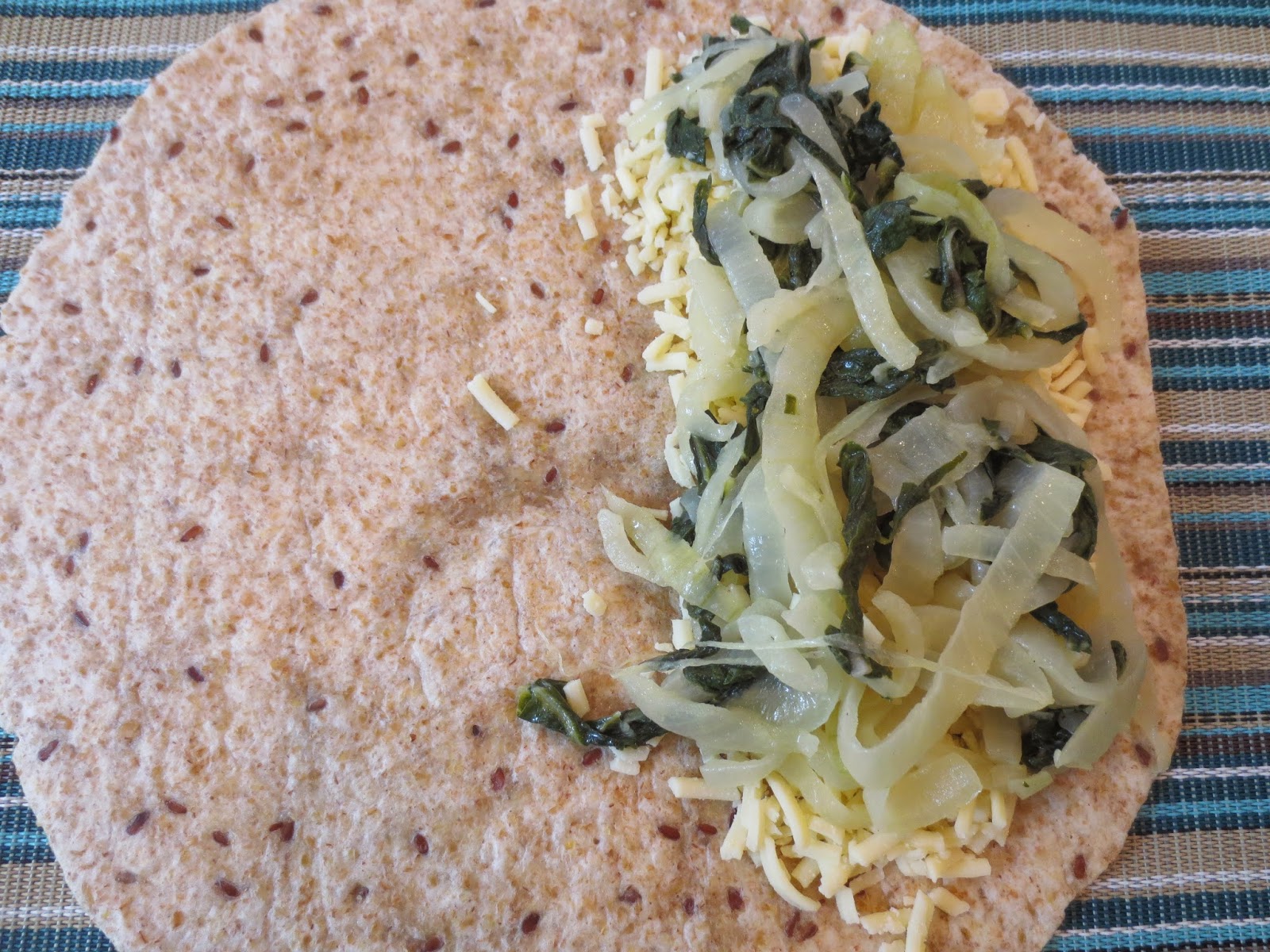 “And I would never scold the onion
for causing tears.
It is right that tears fall
for something small and forgotten.
How at meal, we sit to eat,
commenting on texture of meat or herbal aroma
but never on the translucence of onion,
now limp, now divided,
or its traditionally honourable career:
For the sake of others,
disappear.”

– from “The Traveling Onion” by Naomi Shihab Nye

The hardest part of posting a quesadilla recipe is taking a picture that does it justice. Generally, a photo of a cooked quesadilla makes it look a half-moon of fried bread. A photo of the ingredients before they’re added to the quesadilla is more evocative, but doesn’t tell the whole picture. I’ve compromised today by taking photos of the assembled but not-yet-cooked product, hoping it conveys just how delicious these quesadillas really are. Because whether it’s the middle of summer or the coldest day in the winter, I could come up with a hundred good reasons why these quesadillas would be just right. 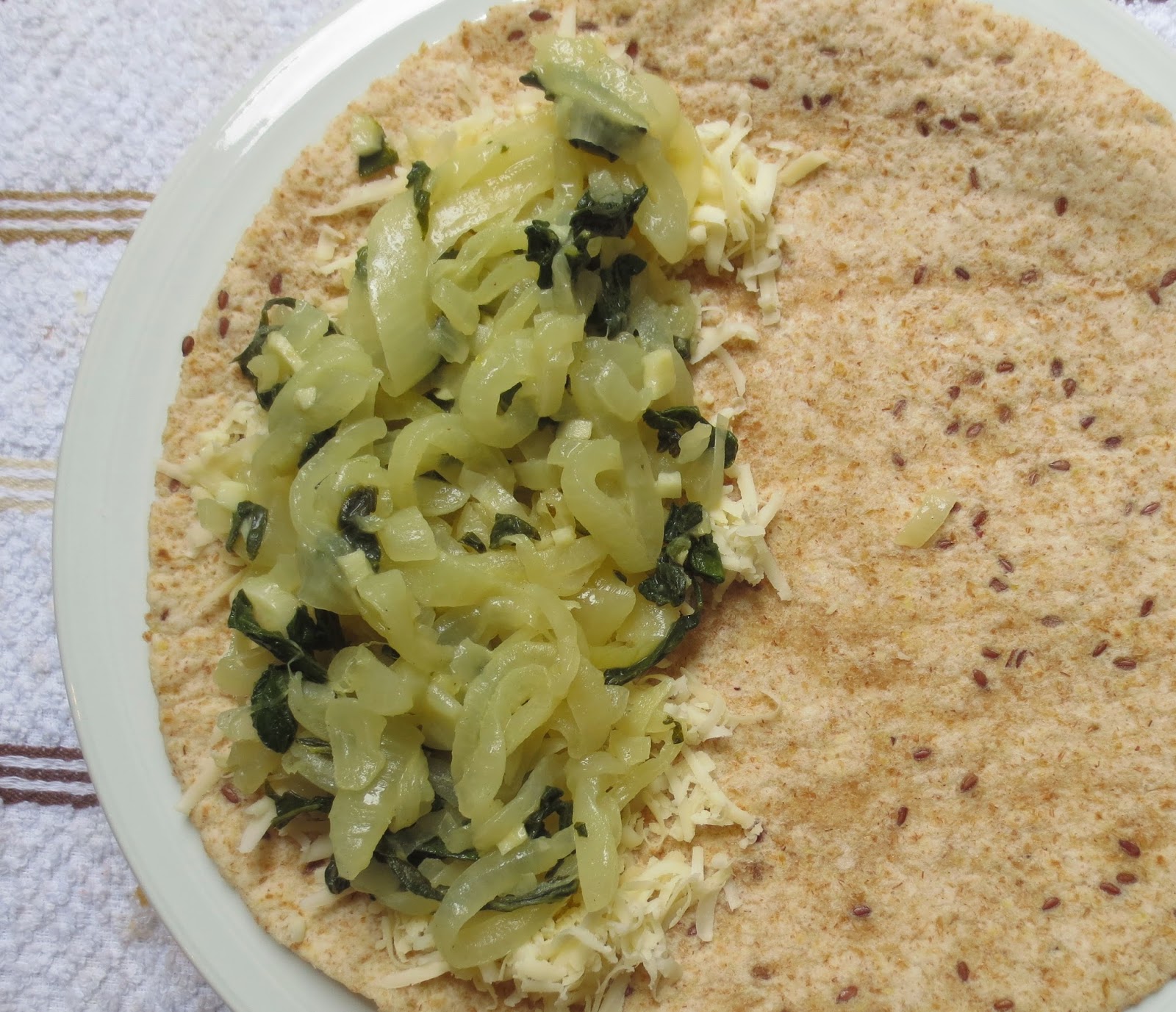 Swiss Chard and Caramelized Onions Quesadillas
(from Fresh From the Farm, by Susie Middleton)
1 tsp sherry vinegar
1 tsp honey
1 Tbsp unsalted butter
1 Tbsp extra-virgin olive oil (first amount)
2 medium yellow onions, thinly sliced (about 1 1/2 cups)
kosher salt
1 tsp minced fresh garlic
4 cups thinly sliced Swiss chard leaves (from 8 ounces of chard, stemmed)
4 – 6” tortillas
1 1/3 to 1 1/2 cups grated cheddar cheese
4 tsp extra-virgin olive oil  (second amount)
In a small bowl, combine the sherry vinegar and honey.
In a 10” heavy nonstick skillet, melt the butter with 1 Tbsp of the olive oil over medium-low heat. Add the onions and 1/4 tsp kosher salt and cover. Cook, stirring occasionally, until the onions are translucent, 5 to 6 minutes. Uncover and continue cooking until the onions are very limp and light golden brown, 12 to 14 minutes. Add the garlic, stir and cook until fragrant, about 30 seconds. Add the Swiss chard and a pinch of salt to the pan and toss with tongs until wilted. Remove the pan from the heat and drizzle the vinegar-honey mixture on top, tossing well. Transfer the chard-onion mixture to a plate to cool a bit and wipe out the pan.
Return the pan to medium heat and add 1 tsp olive oil. When the oil is hot, add one tortilla to the pan. Place one quarter of the cheese over half the tortilla, then cover with a quarter of the chard-onion mixture. Fold the empty half of the tortilla over, and cook until browned on both sides. Keep warm until all the tortillas have been prepared and serve immediately.