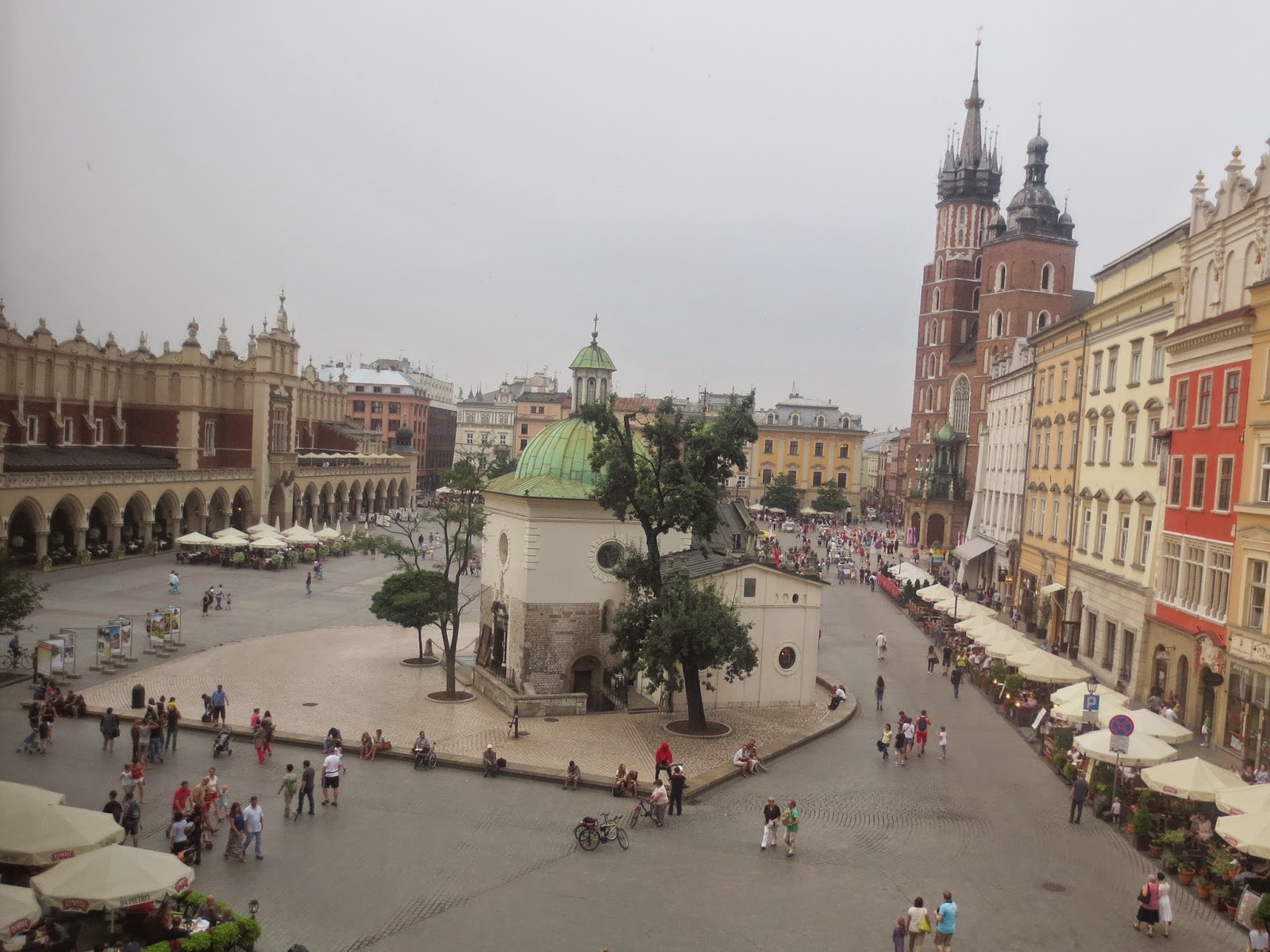 Europe is full of treasures. So full, in fact, that it’s easy to focus on the most obvious ones – the grandeur of Rome, the romance of Paris, the poetry of Venice. But any time I visit one of its lesser-known cities, I’m reminded of how deep its treasures run, and how spectacular those other cities are.
That’s how I felt when we visited Krakow, Poland, earlier this summer. Other than its devastating history in the Second World War, I didn’t know much about it. While there, I was beguiled by the beauty of this Polish city that has so often been a target for foreign conquest, and that has had to live with a sorrowful past.
The focal point of Krakow is its Main Market Square. At nearly ten acres, it’s the largest city square in Europe, and is full of beautiful touches, like the mural and the tower detail pictured above. When Krakow was still the capital of Poland, and the country was a monarchy, royal processions often ran from outside the city at the north, through the town square to Wawel Castle in the Old Town’s southern section.
The photo at the top of the blog gives you a partial idea of what the square looks like. It shows the northern and eastern sides, rimmed by stores and restaurants. But what looks like the western side (at the left of the picture) is actually Cloth Hall, which bisects the square from north to south.
Cloth Hall was originally built as a centre for international trade. It had its beginnings sometime around the start of the fourteenth century, when a roof was erected over a number of commercial stalls. The current version was built in the mid-sixteenth century in a Renaissance style. At the peak of Cloth Hall’s importance, merchants brought exotic goods from the east to trade for local products. It still operates as a centre of commerce, as its first floor is lined with stalls selling amber, leather goods, crafts and other souvenirs.
Originally, the town hall sat in the middle of the square too, but it was torn down in 1820, at the same time as many of the city’s defensive walls. The town hall tower was left standing, only because the protests of Krakow’s citizens prevented it from being torn down too.

Krakow’s Main Market Square has been called the world’s best, and having been there, it’s hard to disagree. It’s architecturally beautiful and has a majestic aura, but in addition it has been transformed into a lively gathering place that showcases some of the best of this wonderful city.

And what’s that lovely church that dominates the square? It’s St. Mary’s Basilica – more about that next week.