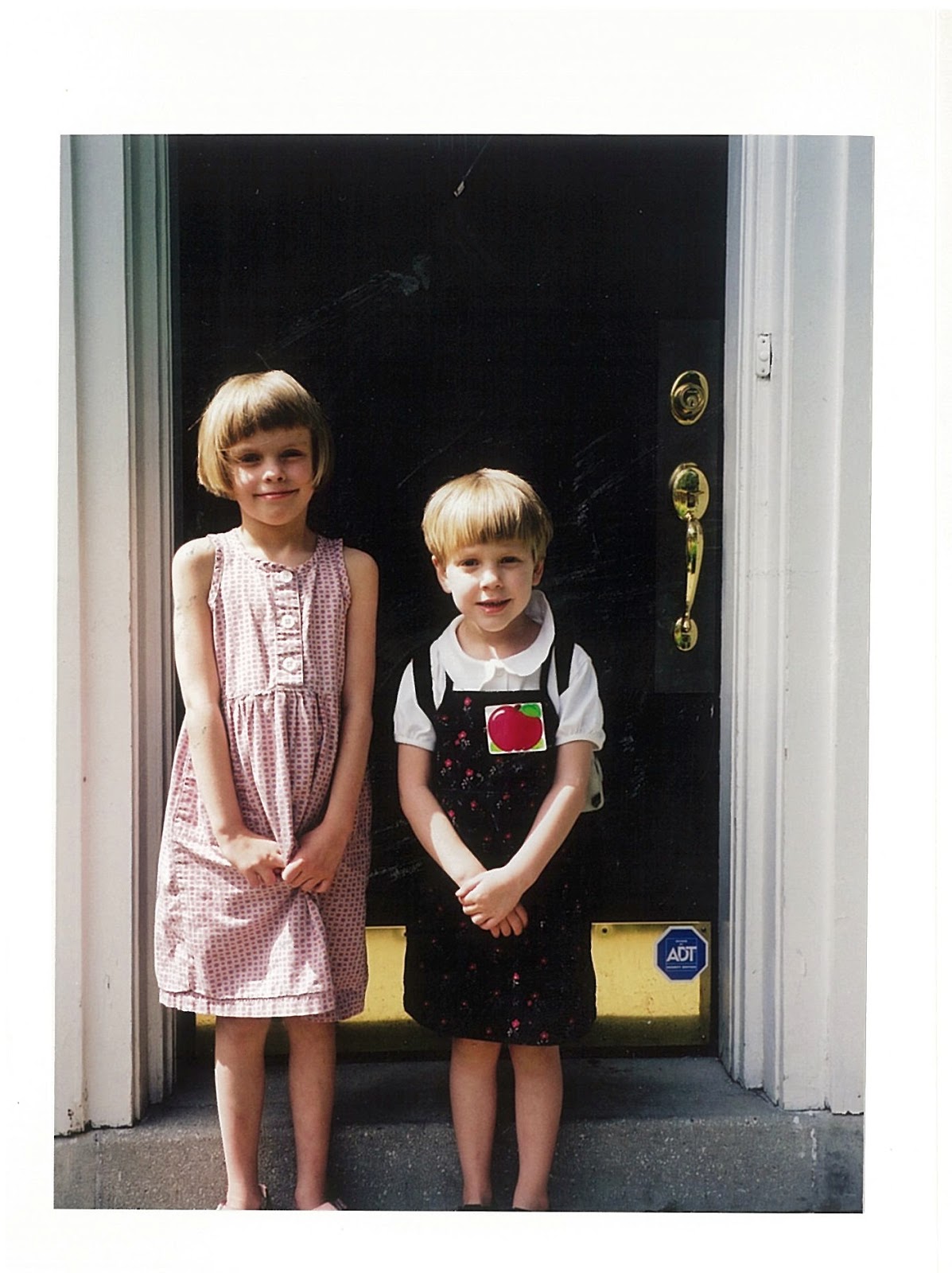 September, 2001. The girls were on their way to the first day of school, in grade 2 and junior Kindergarten. It was the first time they’d gone to the same school and they (especially my youngest) couldn’t wait. She’d been pretending to read for years, and now she was finally one of the big kids. Their first day of school was just a few days before an event that would make us all hold our kids a little closer, but on the day this was taken, the world still felt like a pretty safe place to be. 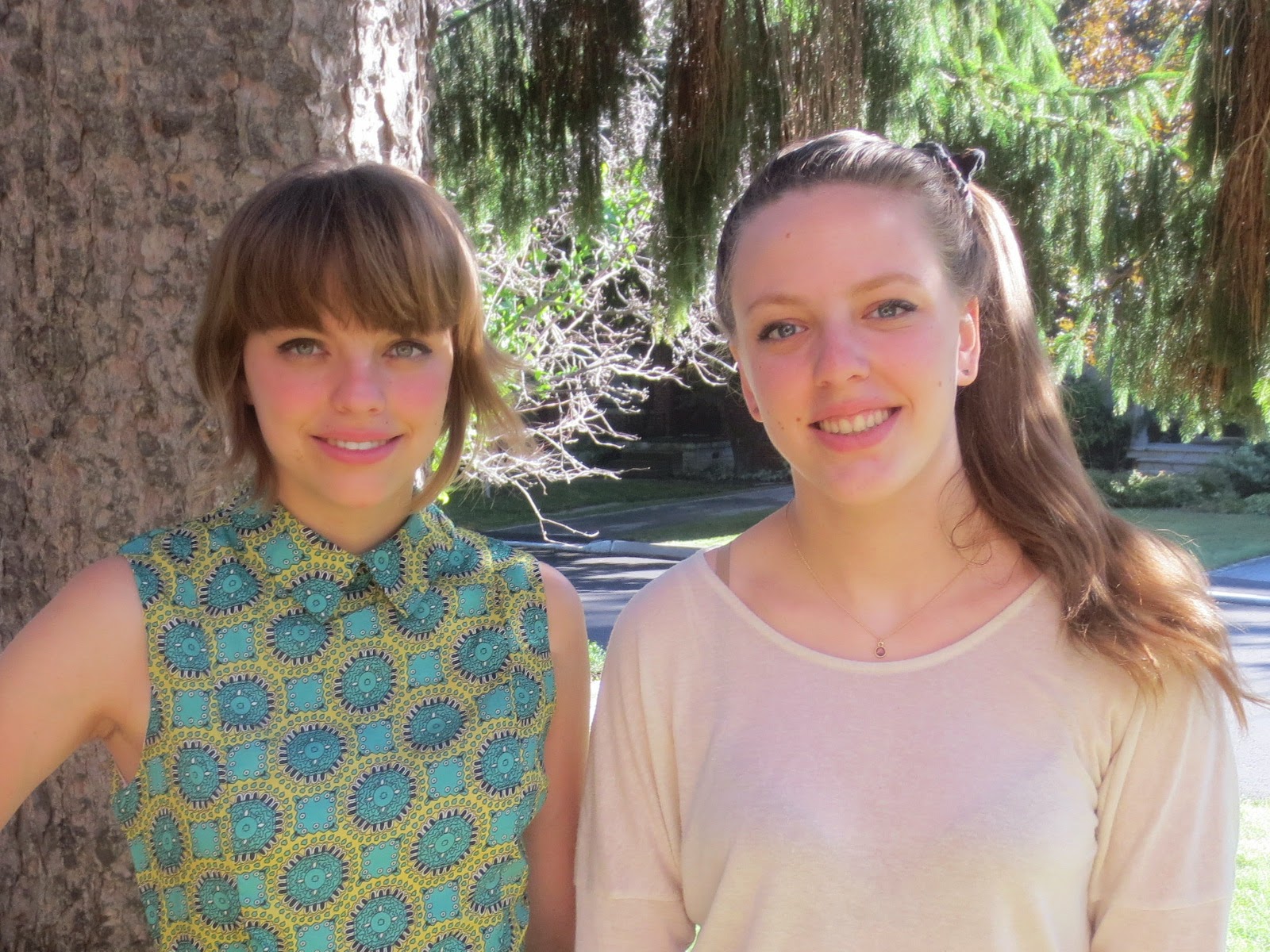 September, 2014. The same front yard, but they’re both a little taller. This is probably the last time we’ll have a traditional “first day of school” photo. My youngest is in twelfth grade this year, and we’ll find out in due course what school she’ll attend next fall. Because my oldest daughter hadn’t started classes at her university yet, we were able to get one last photo of them on the first day of school. I’m still holding them as close as they’ll let me. Whenever they’re around, the world still feels like a pretty good place to be. 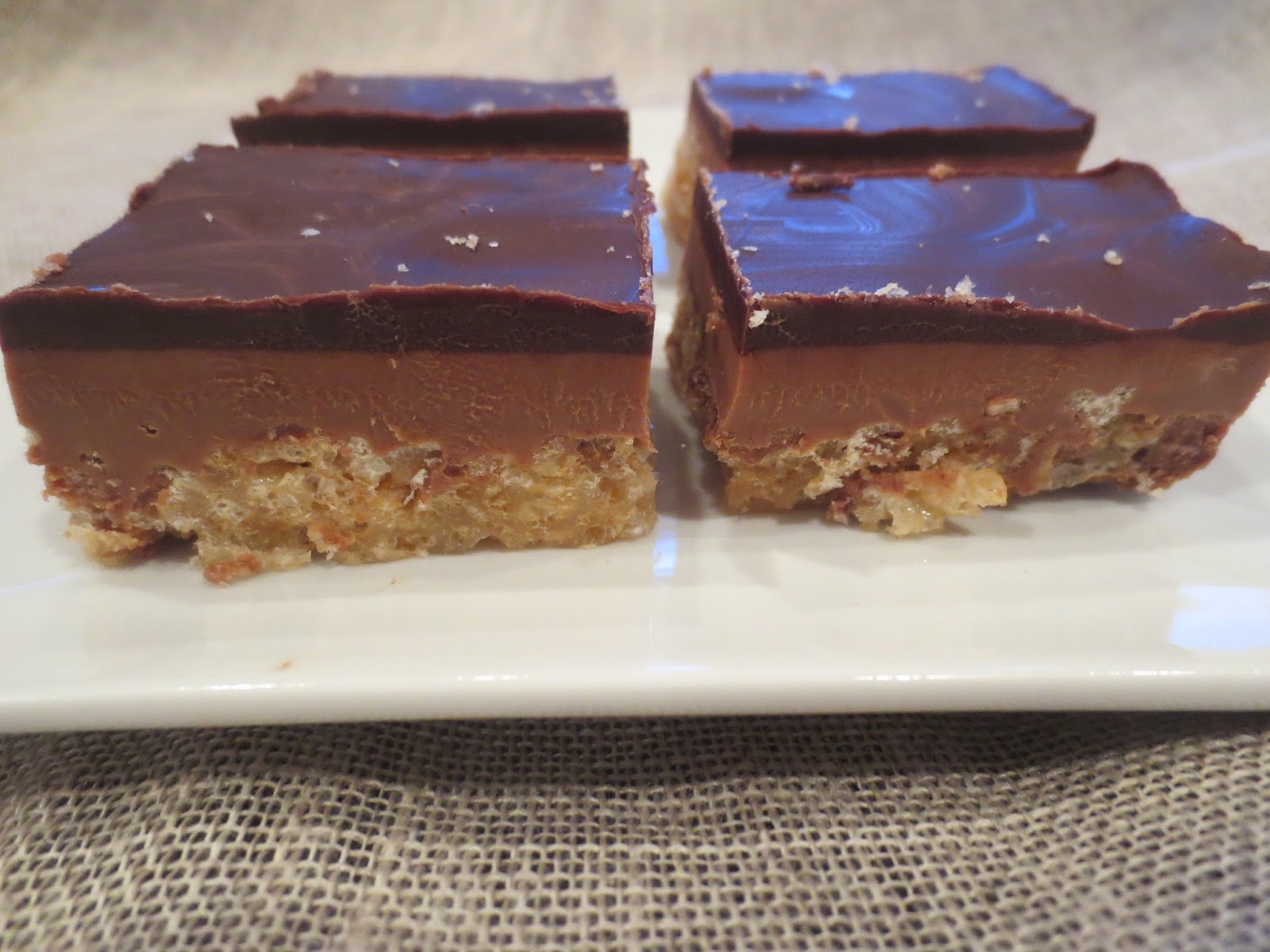