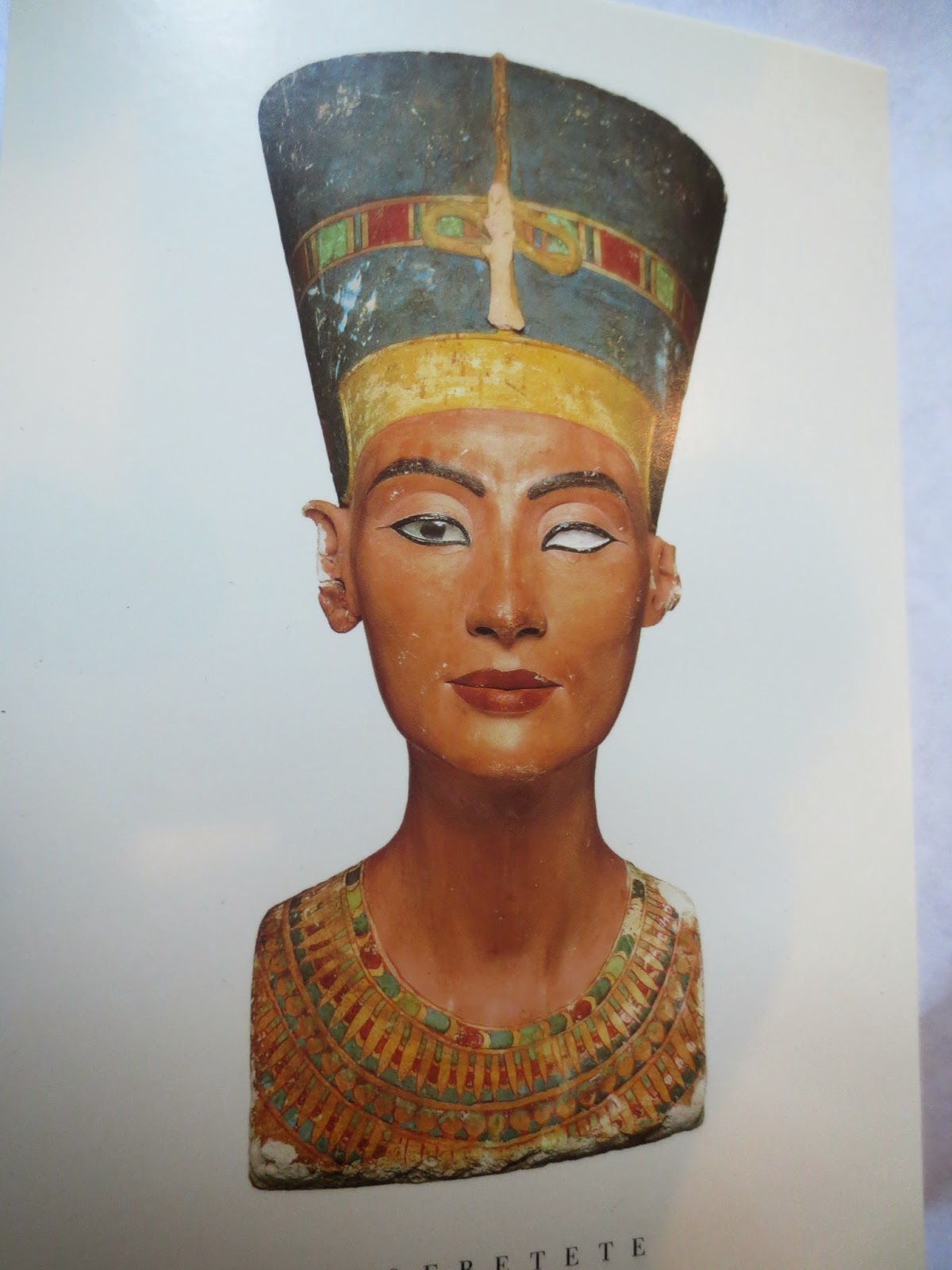 Last week I wrote about the first destination Andrew and I visited on Museum Island, the Pergamon. I was almost as excited about visiting the Neues Museum, a wonderfully rebuilt structure that’s home to a fabulous collection, starring the most beautiful woman in Berlin.
The wonderfully preserved bust of Queen Nefertiti still bears the bright colours it was designed with. For the purposes of protecting those colours, we weren’t permitted to photograph it, so I’ve included a picture of the postcard featuring the bust. As way of contrast, the bust of her husband Akhenaten is shown below, in much worse condition. 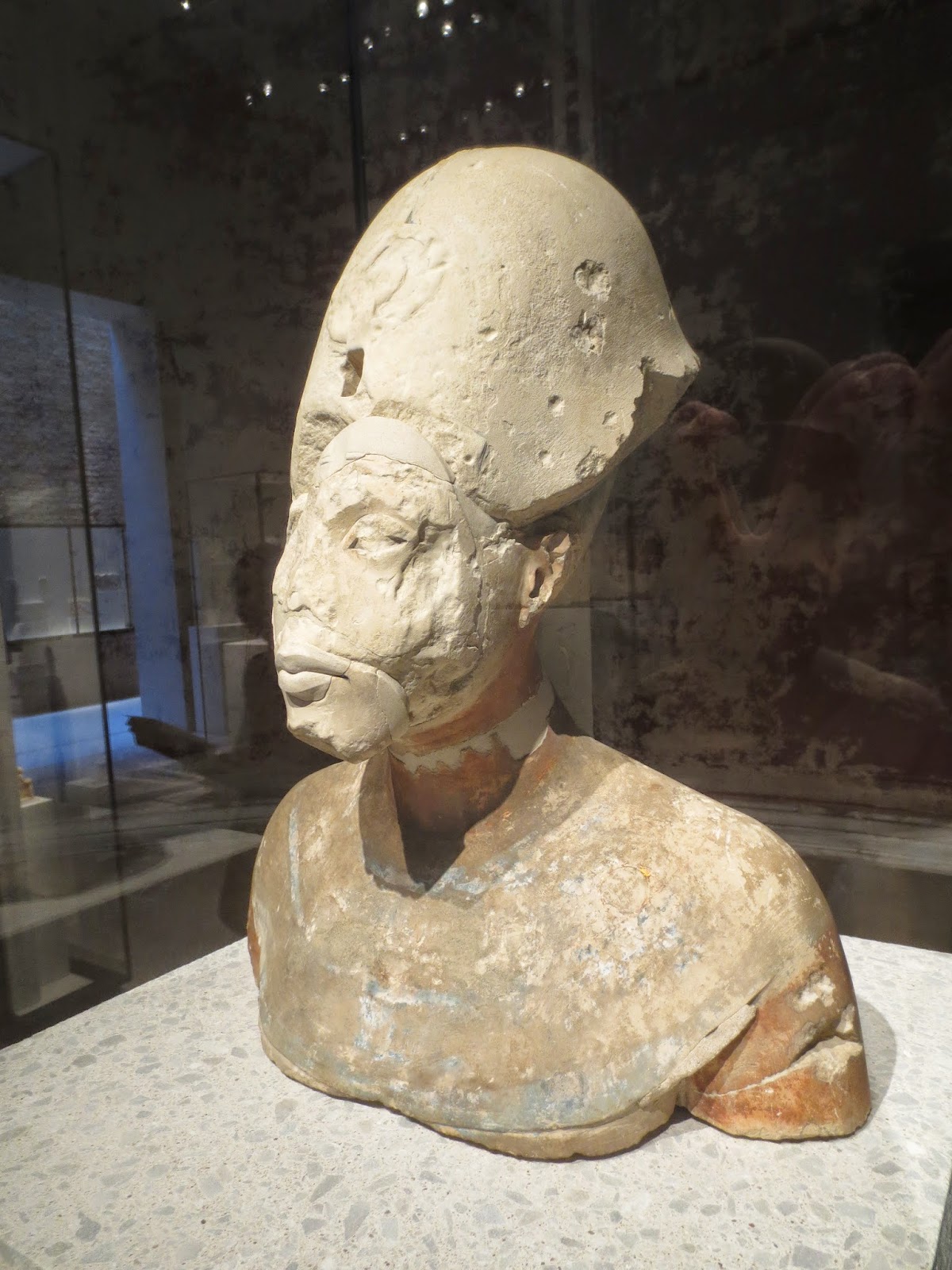 The best estimate is that Nefertiti’s bust was made around 1340 BCE. And it’s stunning, not just because its colours were preserved, but because it’s a finely rendered depiction of a mature woman. Royalty or not, no attempt was made to hide the signs of her age (such as small folds under her chin and bags under her eyes). Nefertiti is thought to have assumed an equal role to her husband, as they ruled the country together.
This stunning piece of art is at the centre of a debate over whether it belongs in Egypt or Germany. I won’t weigh in on this argument, other than to say I’m lucky to have seen it.

The Berlin Gold Hat is one of the most mysterious items in the Neues collection. One of four golden hats that have been found in Europe, this one was part of a private collection that was sold to the museum with no background information. No one knows where the Gold Hat was found, whether other artifacts were found nearby, or who discovered it.
Equally mysterious is why a tribe of Bronze Age people, who likely lived at a subsistence level, would have had the aptitude or the time to create such a stunning artifact. And although the purpose of the hat is unknown, it’s believed to have been designed for more than its beauty. The intricate markings along the sides would have helped the people of the time (approximately 1400 – 800 BCE) measure solar and lunar cycles.
In other words, while the Gold Hat reminded us of Harry Potter’s Sorting Hat, its true purpose was probably equally magical. 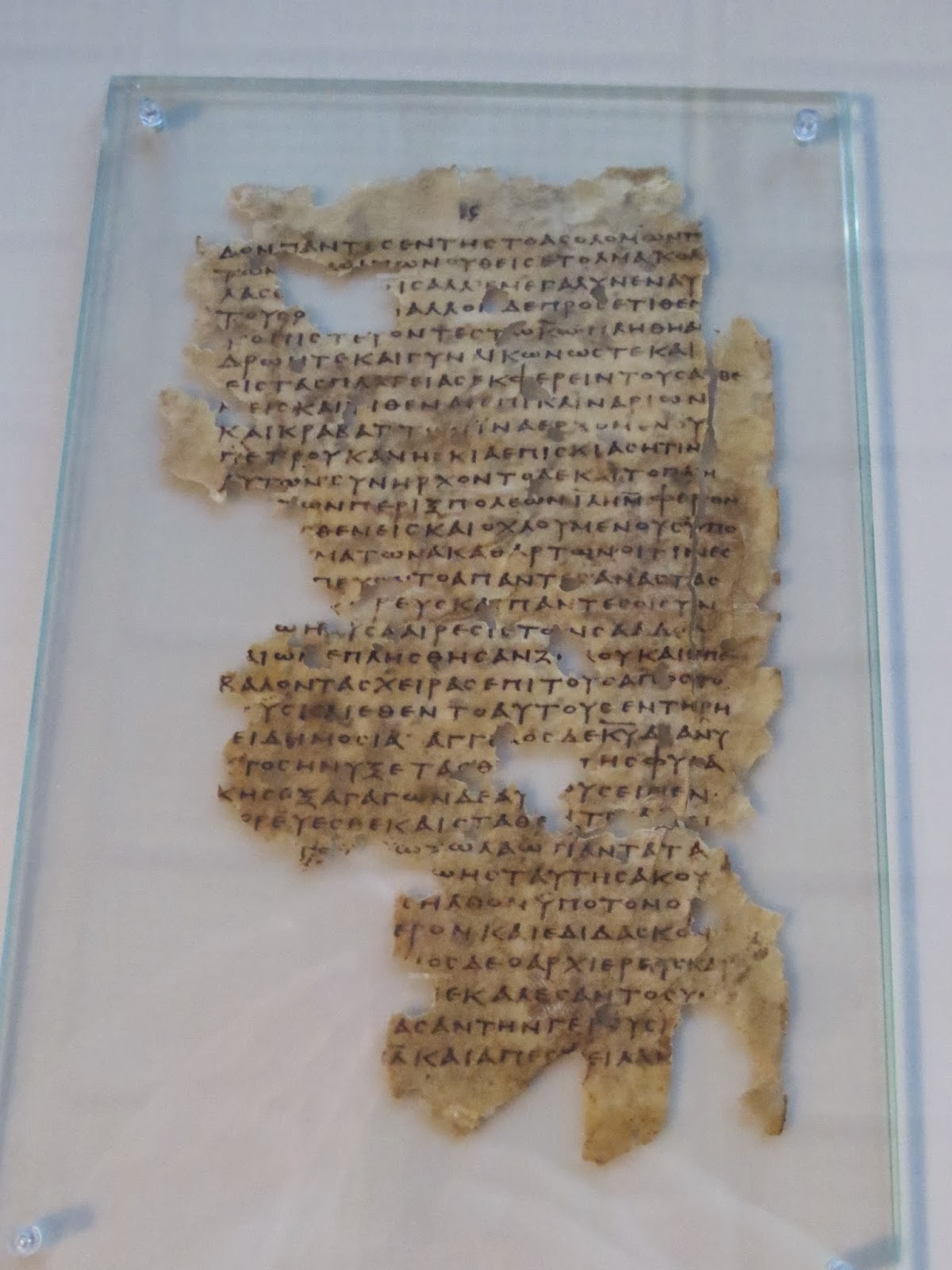 Neues’ collection of papyrus documents and ancient manuscripts looked for all the world like a series of secret codes to be deciphered. This room is referred to as a library of the ancient world, and its amazing collection is even more impressive than it sounds. Imagine seeing Egyptian fairy tales from 1700 BCE, a scrap from Homer’s Iliad, and a selection from an ancient funerary book (Book of the Dead). Although many of the pieces are written on papyrus, the collection also includes manuscripts written on leather, textiles and parchment. And in addition to hieroglyphs, languages ranged from Persian to Greek, from Ethiopian to Latin. 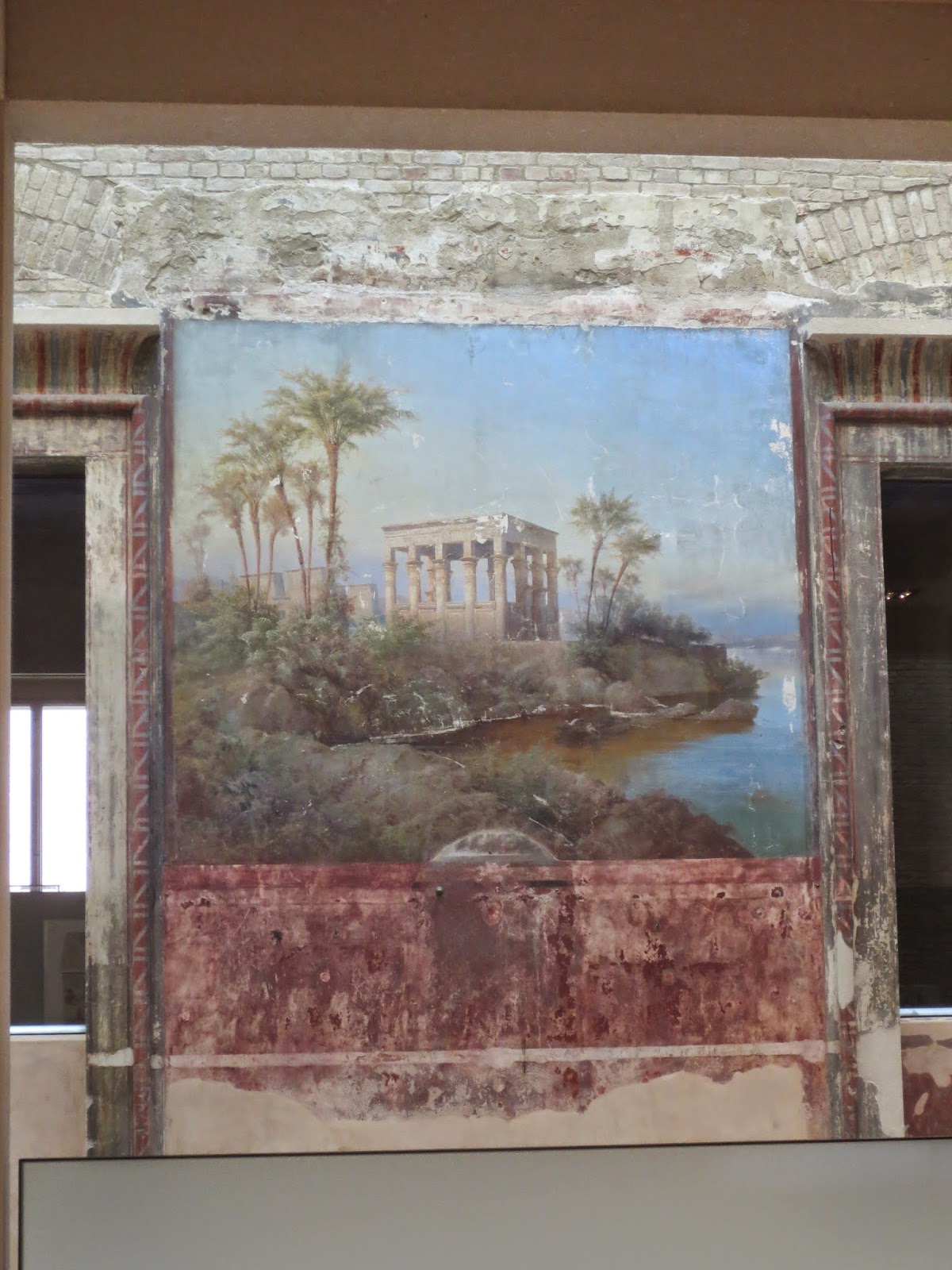 Neues was almost completely destroyed by bombing in the second world war, and sat in ruins for decades. An extensive rebuilding project led to it being reopened in 2009.
The Egyptian courtyard pictured above is a restoration of the original that was destroyed in the war. While this fresco and others like it aren’t original, they evoke a feeling of grandeur as they perch above the collection of Egyptian sarcophagi. This sense of grandeur is unmistakable throughout the wonderfully reimagined Neues Museum.