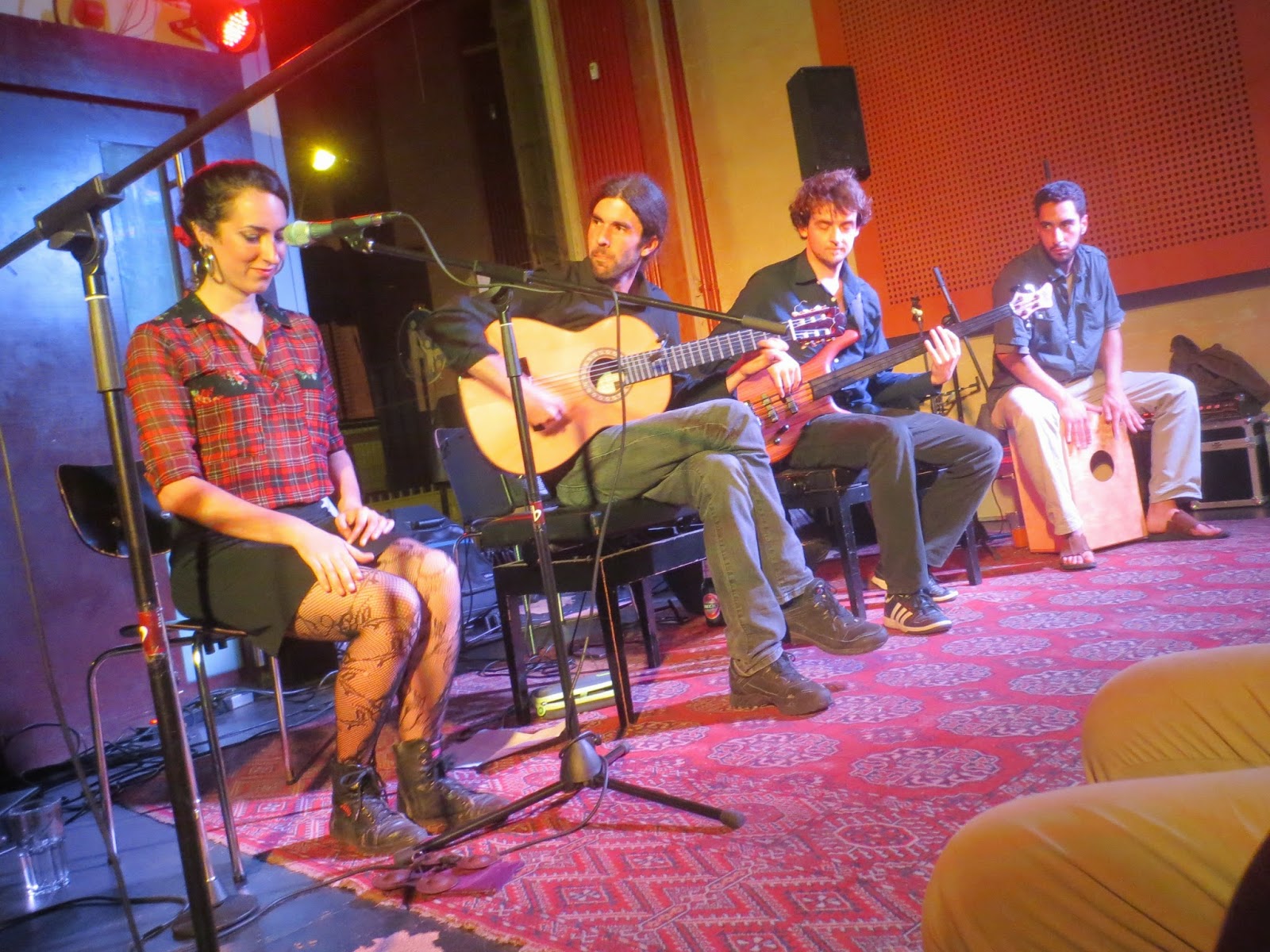 “What good is sitting alone in your room?
Come hear the music play.”
– from “Cabaret”
Andrew and I saw Cabaret in 1999 in Toronto. Joely Fisher (daughter of Eddie Fisher and Connie Stevens) starred as Sally Bowles in this musical set in Berlin in the early 1930s. Sally is a cabaret performer at the tawdry Kit Kat Klub and, through her eyes, we see a snapshot of a city in its last hours before the world changes. The Master of Ceremonies at the nightclub evokes the Nazis who are becoming more powerful every day.
The performances were great, and we thoroughly enjoyed the show. Not really enough to write a blog post about.
Until this summer, when we visited Berlin.

Partly because of Cabaret, I envisioned Berlin as a whirlwind of music and entertainment. And it’s true – it’s been called the city with the best nightlife in the world. Andrew and I were determined to experience it.  Unfortunately, many of the clubs open at 1 am and stay open until mid-morning, which doesn’t really coincide with our inner clocks.
I briefly considered a post-breakfast club visit, but that went against the spirit of a “night” club. I kept looking, and found a jazz club a mere two blocks from our hotel. One that would give us a chance to get home by midnight.
The club was everything I’d imagined. More people were squeezed into a small, sweltering room than I could believe. Andrew and I shared a tiny table, barely large enough to hold our drinks, with a couple that spoke no English. We had beer that started cold and was lukewarm by the time it got to the table. We were an arm’s length from the stage.
It was magical. 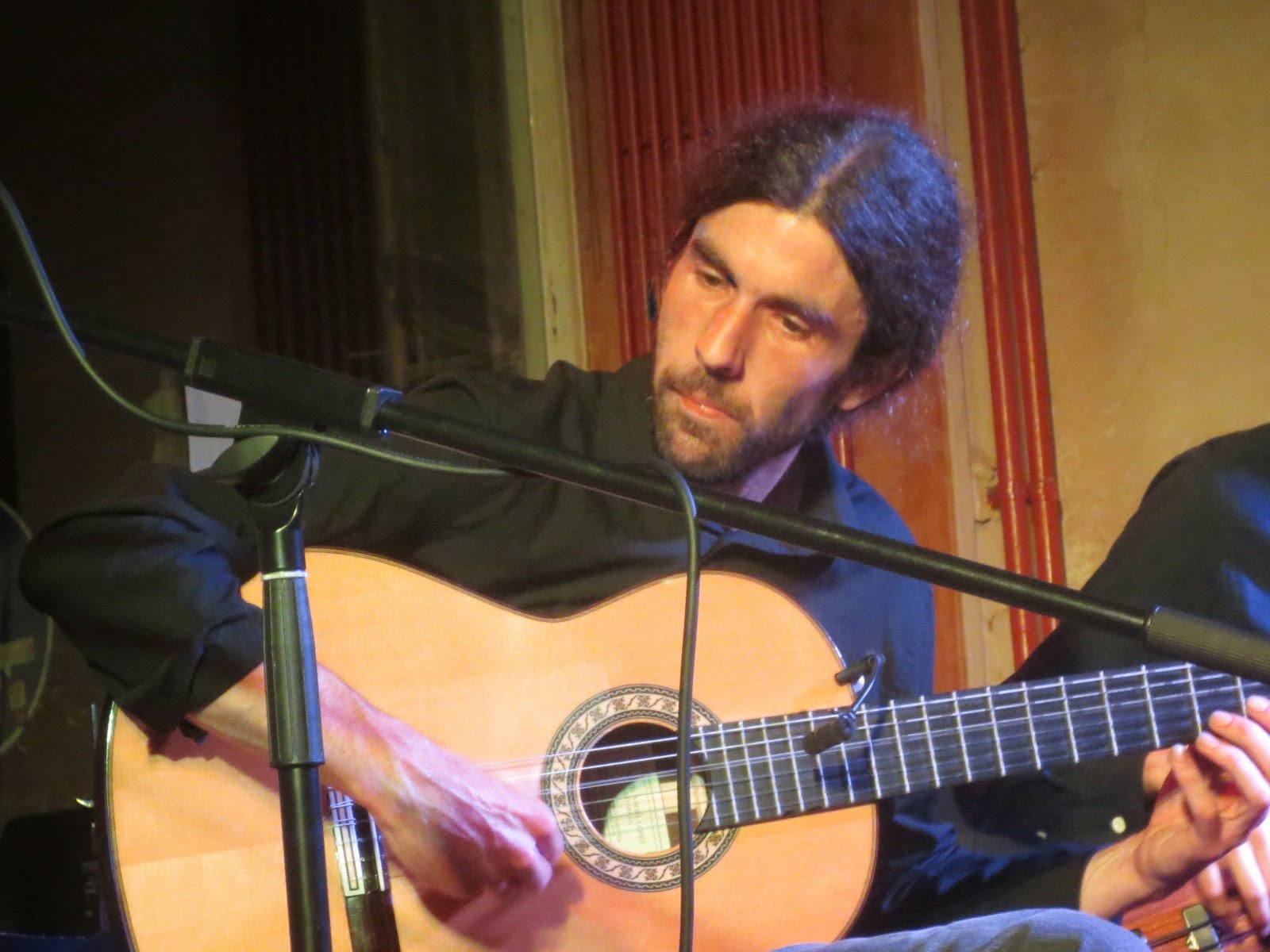 The evening only got better when Azuleo took the stage. This amazing group featured performers on flamenco guitar, saxophone and flute, among other instruments. It doesn’t sound like it would work, but it did, beautifully.
Since we speak no German, we were confused when the group left the stage around 10:15 and the club cleared out. The show couldn’t possibly be over, could it? We remained puzzled until I looked out a tiny window, and saw the crowd huddled on an equally small strip of sidewalk, smoking furiously. Ten minutes later, we were all crammed into the club again for a fabulous second half of the show.
Life is a cabaret, indeed. 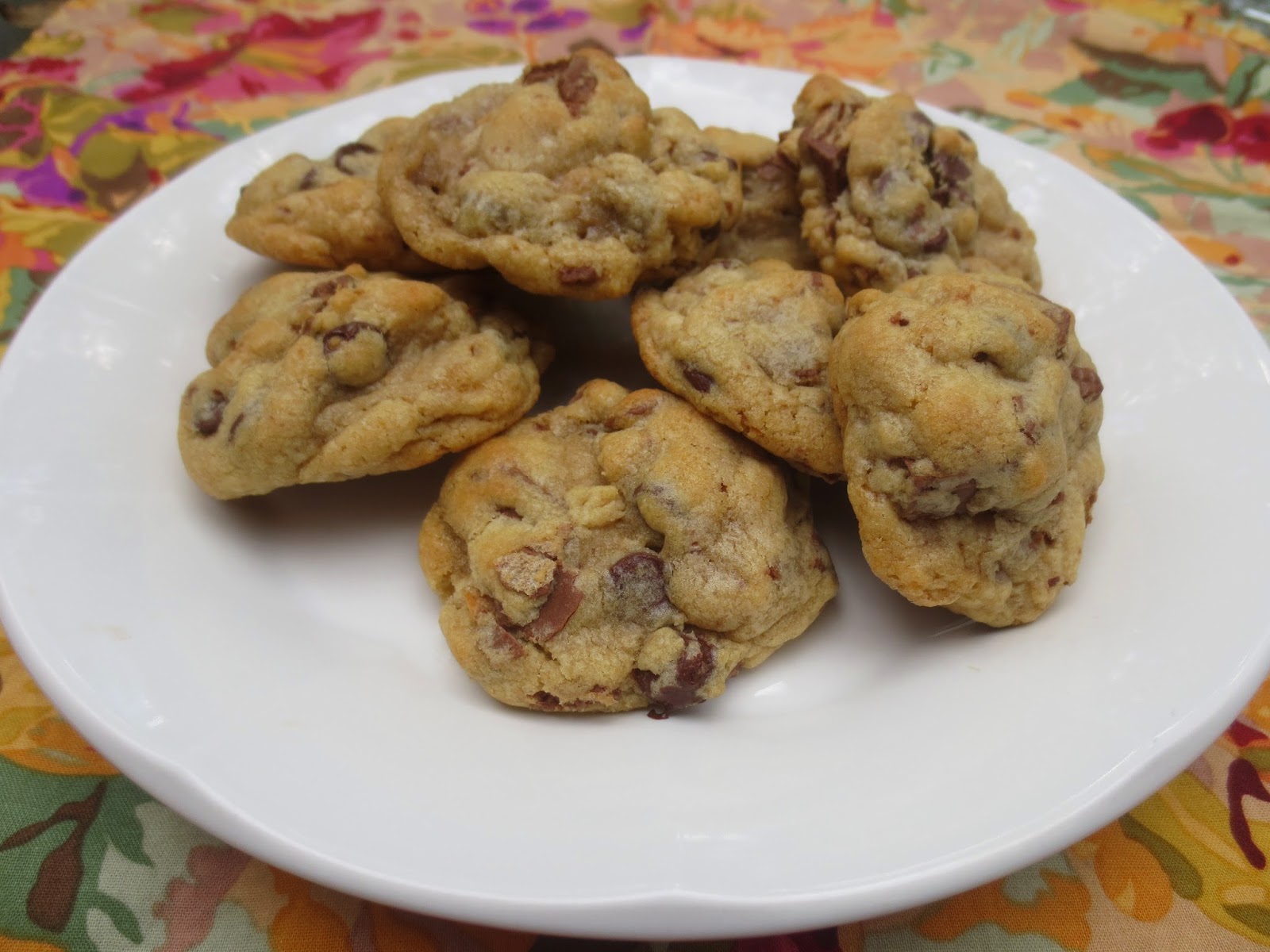 You probably saw this coming: the only recipe that could possibly accompany this post is one for Kit Kat cookies. I asked Andrew to help me describe them, and he said, “They’re like your chocolate chip cookies, except with Kit Kats added.” That is, indeed, completely factual. These cookies won’t necessarily evoke pre-war Berlin, but they will taste like chocolate chip cookies with Kit Kats added. You heard it here first.
(“Recipes Inspired by Musicals” is a biannual feature on my blog. For links to previous posts, check the bottom of my recipe index.)
Kit Kat Cookies
(adapted slightly from Crazy For Crust)
Ingredients
1/2 cup unsalted butter, softened
1/4 cup granulated sugar
1/2 cup packed brown sugar
1 large egg
1 1/2 tsp pure vanilla extract
1 1/2 cups all-purpose flour
1/2 tsp baking soda
1/4 tsp salt
1 1/4 cup Kit Kats, strips separated and broken into four or five pieces each (about 3 regular sized chocolate bars)
1/2 cup semi-sweet chocolate chips
Instructions
In a stand mixer, cream butter and both sugars until combined. Add egg, mixing completely. Mix in vanilla extract.
Combine flour, baking soda and salt in a separate small bowl. Add to butter mixture and mix on the lowest speed until just barely combined. Add Kit Kat pieces and chocolate chips; mix on low speed for 10 to 15 seconds, or until incorporated.
Cover bowl with plastic wrap and chill dough for 1 hour or longer.
Preheat oven to 350 degrees, and line cookie sheets with parchment paper. Form into cookies and bake for 10 to 12 minutes.