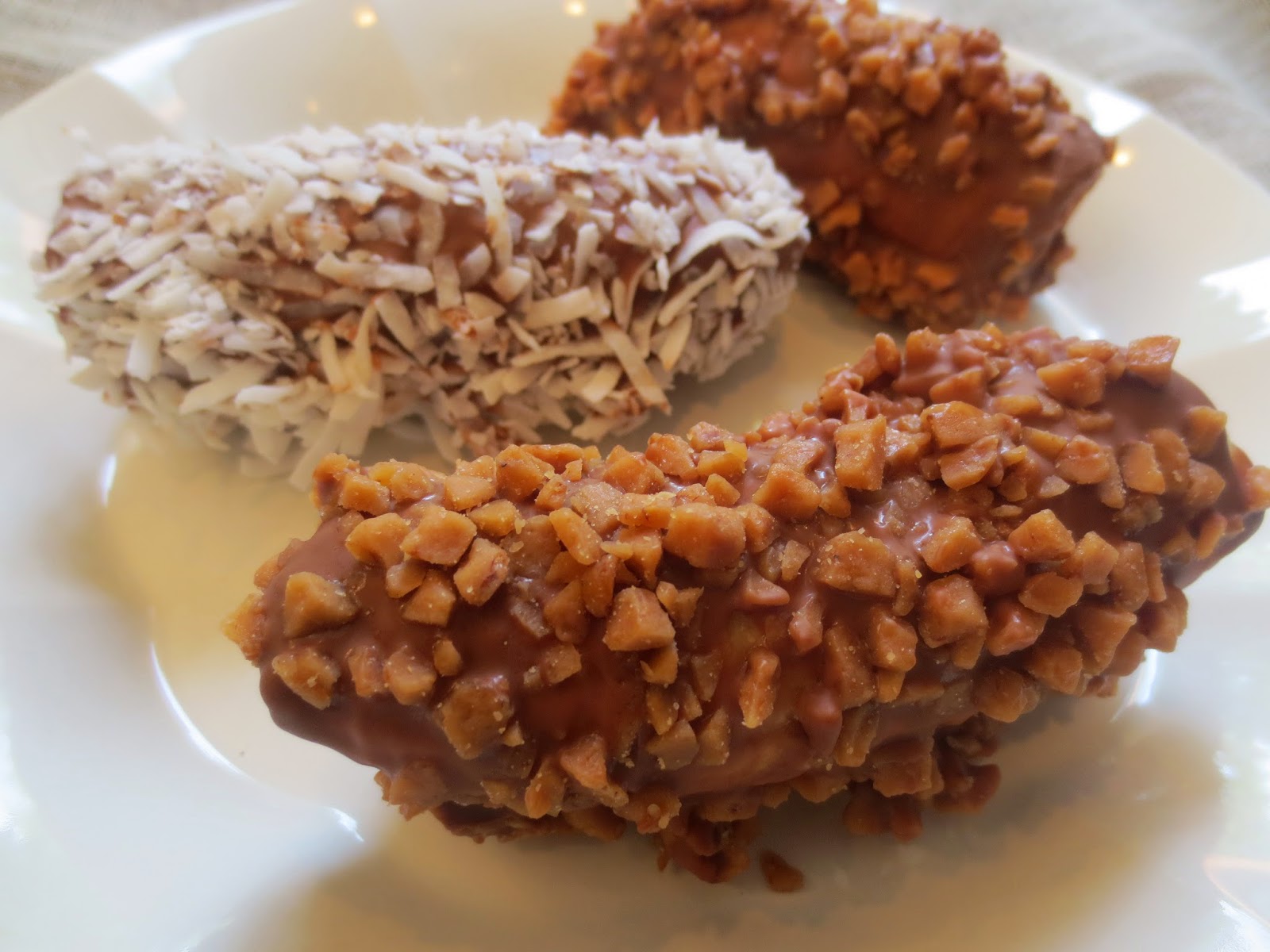 Frozen is the Disney movie that charmed everyone who saw it. It’s a story of sisterly love, and if you have a daughter under the age of ten, I’m guessing she wants to be either Anna or Elsa – maybe both. Frozen is officially the highest-grossing animated movie of all time, and the soundtrack is the best-selling album of the year. It features some of the most delightful non-human characters (Sven the reindeer! Olaf the snowman! Rock trolls!) ever to populate a movie screen. And it inspired the most engaging lip sync I’ve ever seen, that to date has tallied over 17.5 million views. I may be responsible for a few of those.
I’ve seen this movie twice, under very different circumstances.
My youngest daughter and I saw Frozen in the theatres shortly after it opened. The timing was appropriate – it was in January of one of the coldest winters we’ve had in years. We stepped from the cold of Toronto into the chill of Frozen’s Arendelle and didn’t miss a beat. Kristoff the ice-man would have felt right at home.
The second time I saw the movie was in the middle of July. When the girls came home from their camp jobs for a weekend off, my oldest daughter said one of her campers sang “Let It Go” at closing campfire. Right before her performance the camper got nervous, and my daughter promised to sing it with her, even though she didn’t know the words. She faked her way through, singing the chorus and improvising the rest with her version of interpretive dance. But she was determined to watch the movie before she returned for session 2. And that’s why she and I watched Frozen on a day more suited to Body Heat. We needed to use our imaginations during “Do You Want to Build a Snowman?”, but we appreciated the hour-and-a-half respite from the heat. 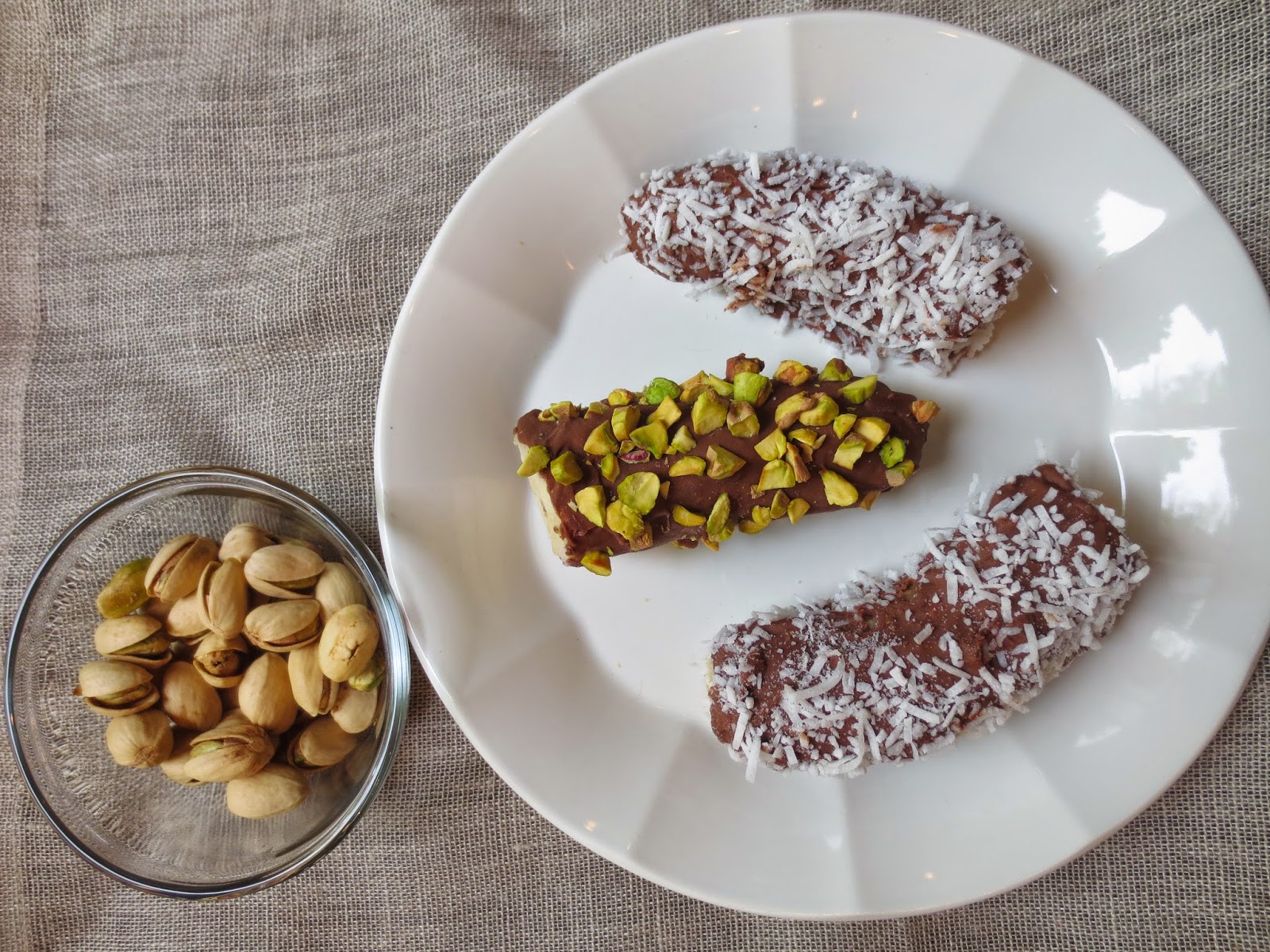 Clearly, today’s recipe had to be something frozen, and so delightful that it makes you smile. Chocolate-Dipped Frozen Bananas take less than ten minutes to prepare, can be made in advance, and can even be considered quasi-healthy since they’re 90% fruit. Making them could be that “act of true love” that would thaw the frozen heart of anyone you know.
Chocolate-Dipped Frozen Bananas
(inspired by Sugar Hero)
Ingredients:
3 large ripe bananas
200 grams good quality chocolate (semi-sweet, milk or dark chocolate), coarsely chopped
Assorted toppings: toffee bits, chopped pistachios, chopped pecans, flaked sweetened coconut, etc.
Directions:
Peel the bananas and cut them in half so you have six banana pieces. Line a baking sheet with parchment paper and freeze until firm, about 1 hour. (If you like, you can insert a wooden stick in the end to make it easier to coat with chocolate. Even better, use a plastic knife, which you can then remove after it’s been coated for better presentation.)
Place chopped chocolate in a double boiler, and melt over boiling water. Put the toppings in shallow bowls beside the stove.
When your chocolate is melted and your toppings are ready, remove the bananas from the freezer. Hold one over the bowl of chocolate and use a large spoon to cover the banana section in chocolate. When it’s completely covered, dip it in your choice of topping, moving quickly as the chocolate will start to set as soon as it touches the cold bananas.
Bananas can be served right away or stored in the freezer in an airtight container in the freezer. If you’re refreezing them, let them sit at room temperature for 10-15 minutes before serving for best taste and texture.