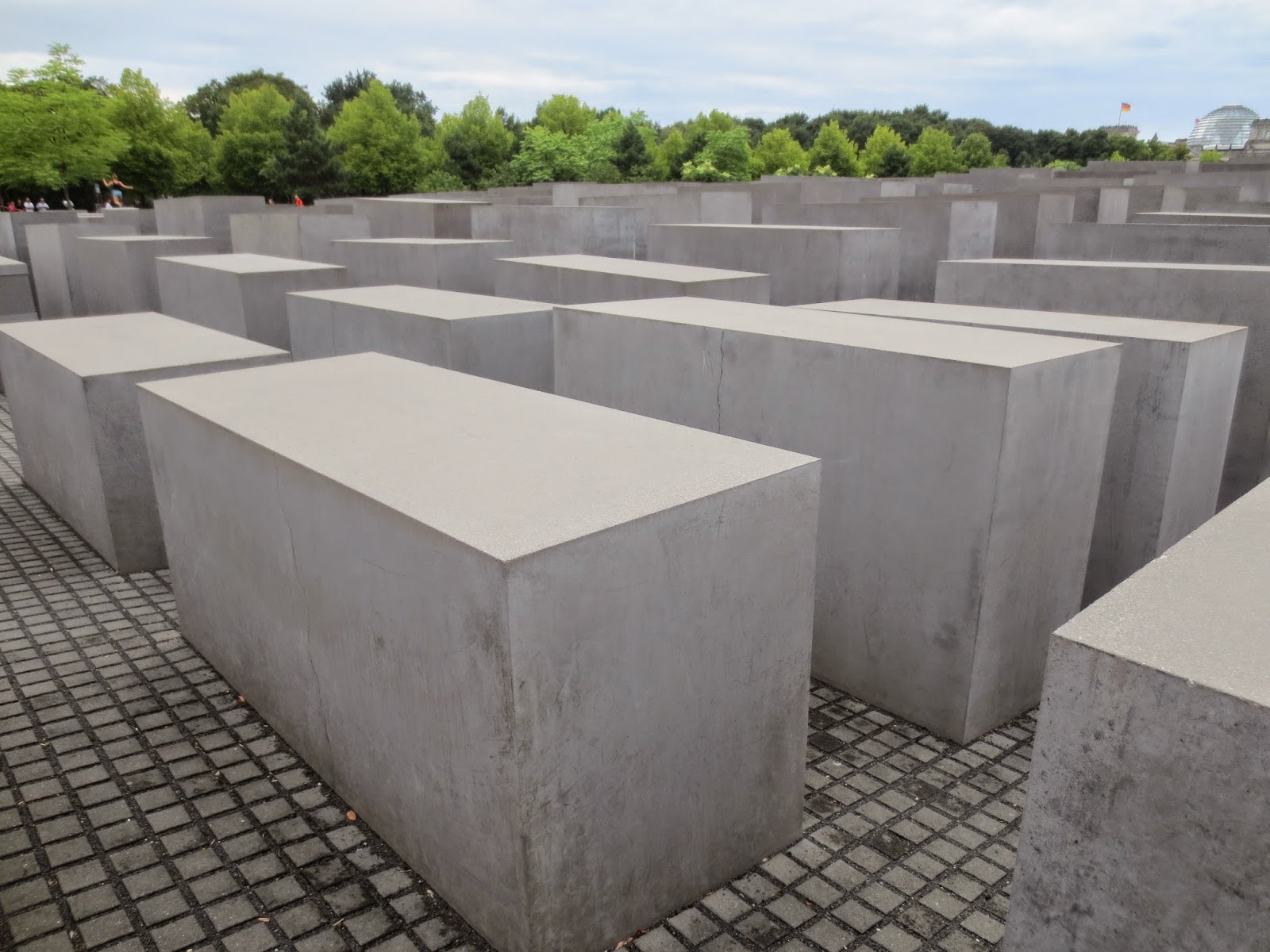 The Holocaust Memorial, also called The Memorial to the Murdered Jews of Europe, is a collection of  2711 concrete slabs built in honour of the Jewish people slaughtered during the Second World War. Located on a five-acre plot near Berlin’s Brandenburg Gate, it resembles a field of tombs when seen from a distance. But as we entered the memorial, the unmarked stones gradually grew from a height of several inches, to towering over our heads. The architect has explained that he hoped to create a sense of imbalance and disorientation for visitors. He chose the number 2711 at random, to help depict the senselessness of the killings. As Andrew and I walked quietly through the paths created by these stones, it was difficult not to feel overwhelmed, even claustrophobic at times.

The adjacent Place of Information contains the names of all known Jewish victims of the Holocaust. Over 3 million victims are named. 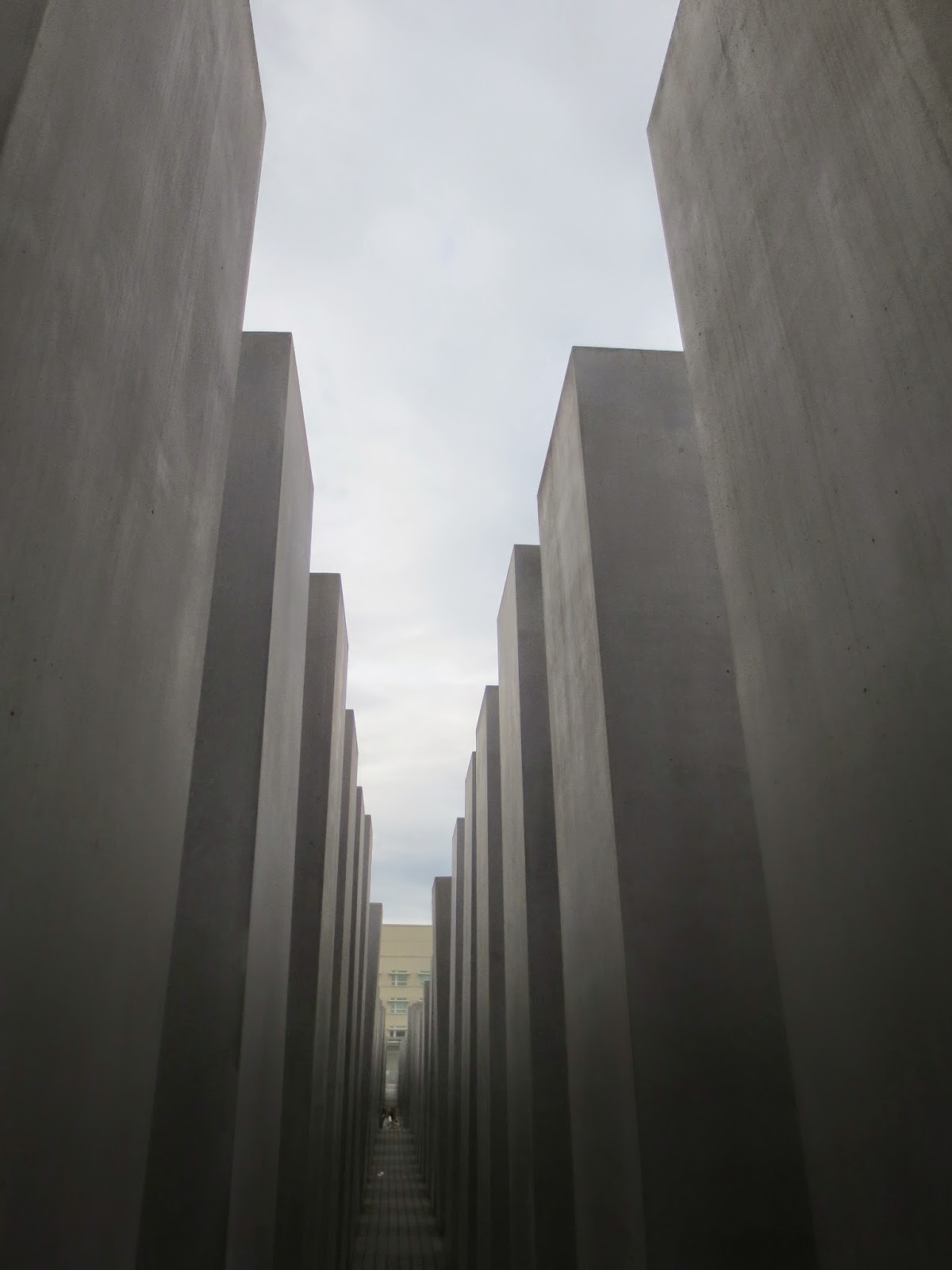 “Those long uneven lines
Standing as patiently
As if they were stretched outside
The Oval or Villa Park,
The crowns of hats, the sun
On moustached archaic faces
Grinning as if it were all
An August Bank Holiday lark;

“And the shut shops, the bleached
Established names on the sunblinds,
The farthings and sovereigns,
And dark-clothed children at play
Called after kings and queens,
The tin advertisements
For cocoas and twist, and the pubs
Wide open all day;

“And the countryside not caring:
The place-names all hazed over
With flowering grasses, and fields
Shadowing Domesday lines
Under wheat’s restless silence;
The differently-dressed servants
With tiny rooms in huge houses,
The dust behind limousines;