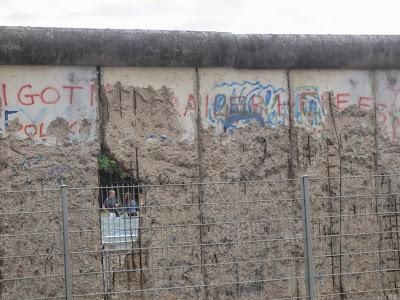 Last weekend marked the 25th anniversary of the fall of the Berlin Wall. One of the most moving elements of our trip to Berlin this summer was seeing the places where the Wall used to stand – because most of it, of course, has been removed. A few sections remain throughout the city, as testament to the 28 difficult years when the city was divided in half.

Following the Second World War, Berlin had originally been divided in four. One of those zones was assigned to each of the triumphant war powers: Britain, USA, France, and Russia. In the post-war years, millions of eastern Europeans escaped to the west through Berlin. By 1961, Soviet authorities decided to stop that flow by erecting a wall around their zone.

On the night of August 12, 1961, barriers and fences were built around East Berlin. In the morning, inhabitants of both sides of the city woke up to a new world, in which movement to the other side was prohibited.

It’s sometimes easier to make sense of a tragic situation by reading about individual cases. Hundreds of children were cut off from their parents for political or medical reasons, and sometimes it was many years until they were reunited. 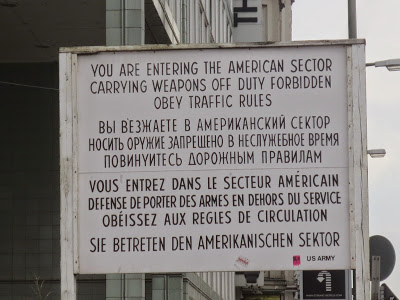 There were a number of checkpoints that permitted movement between the two sides. The most famous was checkpoint Charlie, which separated the American and Russian sectors. Typically, it was difficult and time-consuming for westerners to cross to the east, and the process required visas and special payments to secure approval. Of course, residents of East Berlin were prevented from travelling to the west in all but the most extreme circumstances.

Many easterners attempted to escape to the west and, despite the security, thousands were successful. One young man rebuilt his car so it was low enough to pass under the wall, then hid his girlfriend from East Berlin on the floor of the passenger side (and her mother in the trunk). Other creative refugees found their ways to the west via tightrope or hot air balloon. 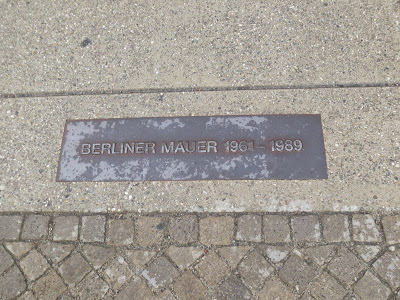 Most of the wall has been destroyed. In areas where it has come down, it’s still commemorated by plaques that lie along its path. 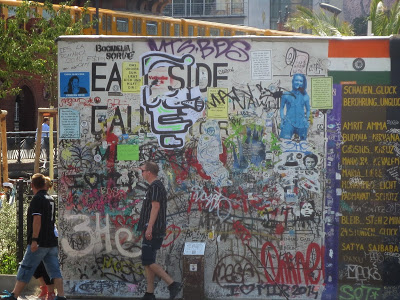 However, in a few spots the wall still stands. The top photo shows a section of the wall that looks much like it did at the time (save the hole punched through it). The photo above depicts the beginning of a mile-long section of wall called the East Side Gallery. It’s been allowed to stand, and has been decorated to become the world’s longest open-air mural collection.