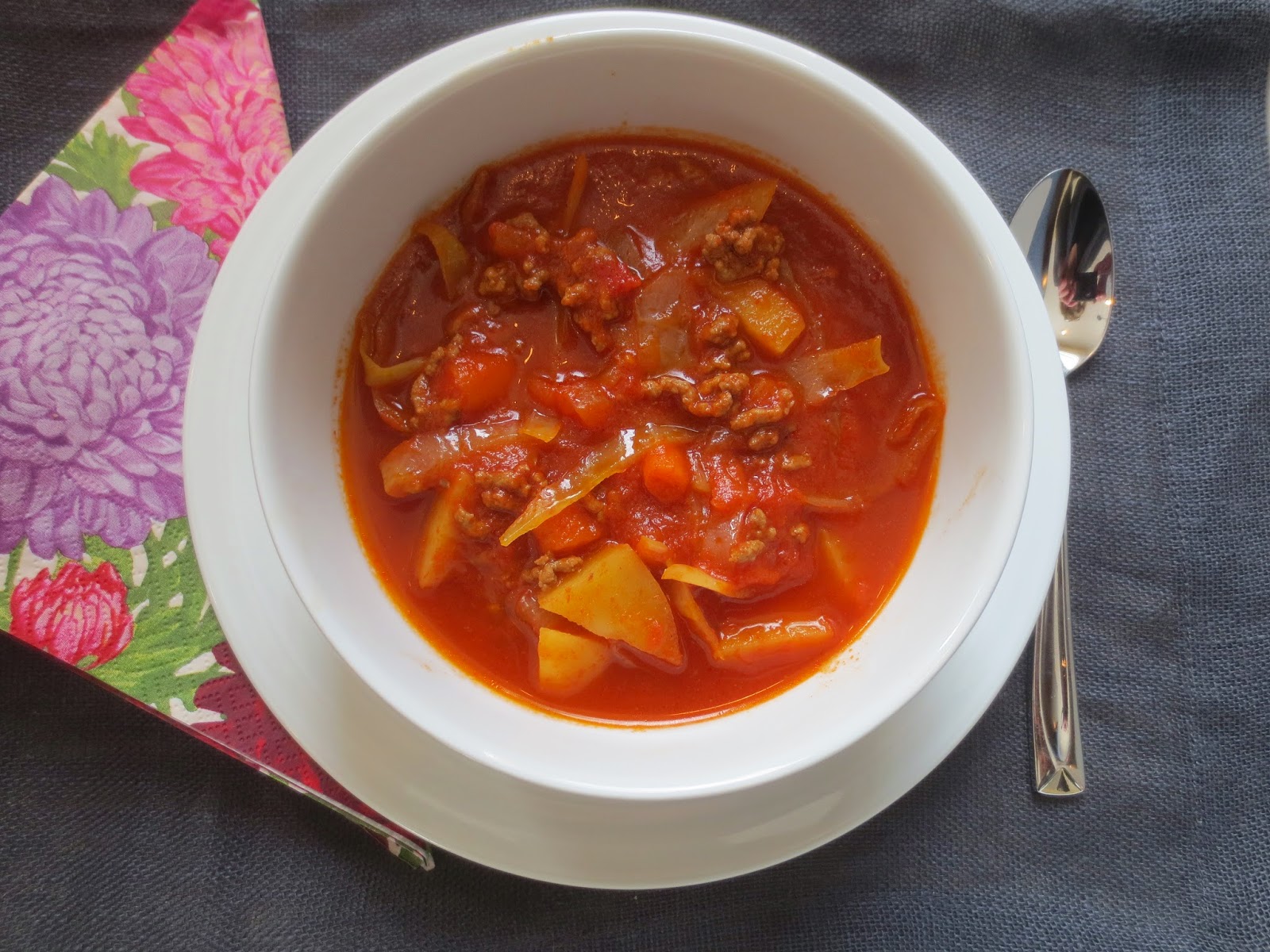 Even if you’ve never seen Fiddler on the Roof, you likely know its most famous song. In “If I Were a Rich Man”, the Russian peasant Tevye sings about what he’d do if he had a lot of money:
“I’d build a big tall house with rooms by the dozen,
Right in the middle of the town.
A fine tin roof with real wooden floors below.
There would be one long staircase just going up,
And one even longer coming down,
And one more leading nowhere, just for show.”
But the great music doesn’t stop there – “Sunrise, Sunset” is wistful, “Miracles of Miracles” is charming, and “Tradition” is the showstopping opening number.
I’ve written before that Andrew’s favourite musical of all time was Damn Yankees, but Fiddler on the Roofwould be a very close second. When we saw it in New York, Alfred Molina was cast as Tevye. He was brilliant, as was the rest of the cast. 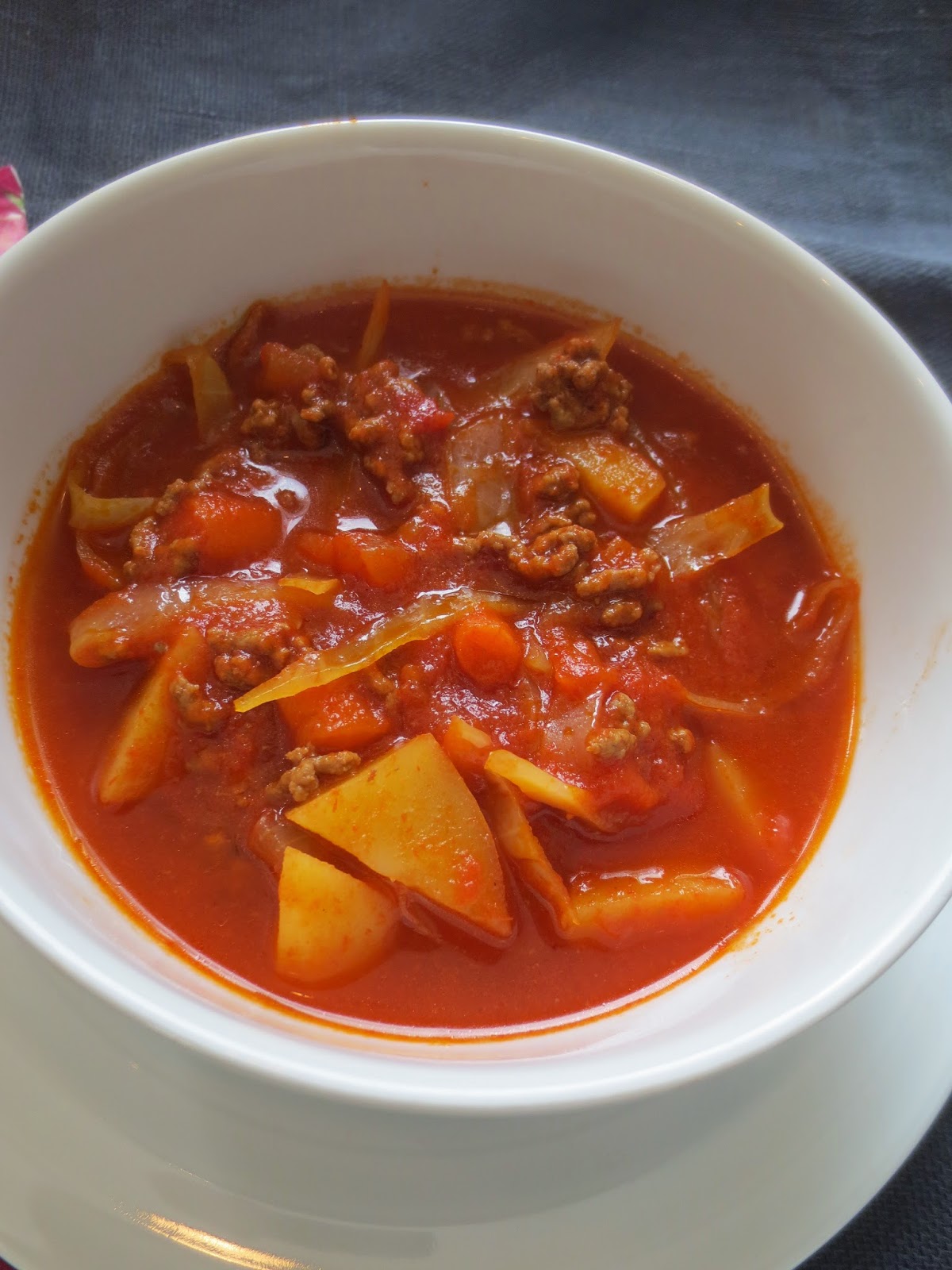 Cabbage soup is thought of as a poor man’s food, a way to stretch your leftover ingredients into a meal. If that’s true, Tevye and his family must surely have eaten it as much as anything else. Cabbage soup is a traditional Russian food, probably because it’s hearty and warm, and it’s a great way to clean out your vegetable drawer.
And you know what? Even if I were a rich man, I’d still eat this soup.
Cabbage Soup
(adapted from my mother’s recipe file)
1 pound ground beef
1 medium onion, chopped
1/2 cup diced celery
1 – 28 ounce can tomatoes
2 – 5 ounce cans tomato paste
3 cups beef broth (first amount)
2 cups raw potatoes, diced
1 cup raw carrot, diced
2 bay leaves
1 tsp salt
1/2 tsp smoked paprika
4 cups cabbage shredded very thinly
1/2 – 1 cup beef broth (second amount) (optional)
In a very large soup pot, saute ground beef until browned. Remove ground beef to another bowl and drain most of the fat. Saute onion and celery until soft and browned.
Add tomatoes, tomato paste, 3 cups beef broth, potatoes, carrots, bay leaves, salt and smoked paprika. Combine thoroughly.
Simmer uncovered for 30 minutes, stirring occasionally.
Remove bay leaves and add cabbage. (Note: it’s easier if you do it in that order. I didn’t, and ended up doing a bit of a treasure hunt for the bay leaves.). Add 1/2 to 1 cup beef broth, if required, to thin the soup out a little bit. Combine thoroughly, making sure the cabbage is covered by the liquid. Simmer covered for 30 minutes, stirring occasionally.
Note: this makes quite a large batch. If you’re eating the soup for more than one meal, you may need to thin it out again before heating and serving.