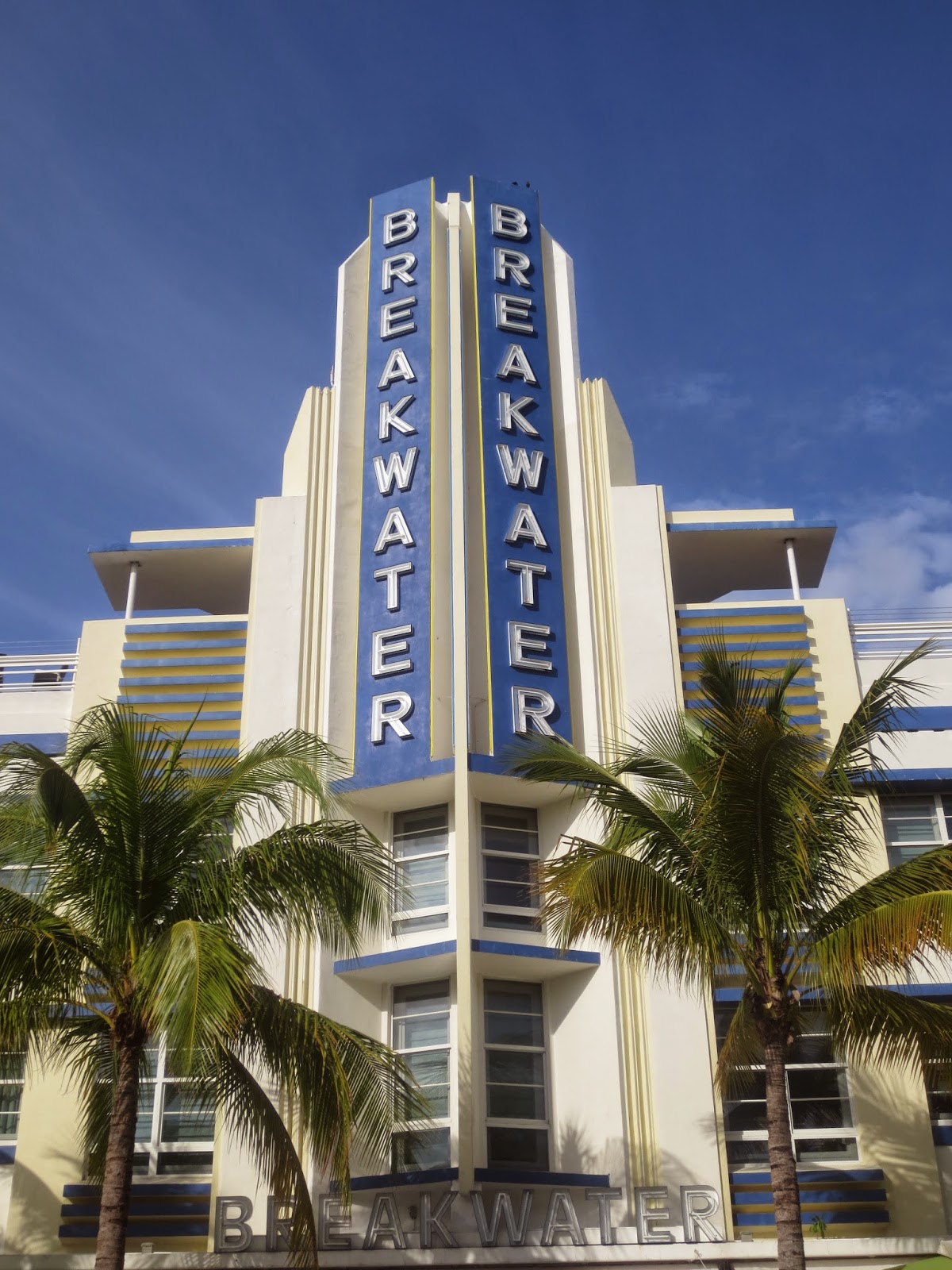 Last week, I wrote about spending some time in Key Largo over the Christmas holidays. Before coming home, we spent a couple of nights in Miami, which meant we had time to see the two districts I was most interested in – Little Havana and the Art Deco district.
Little Havana was first established by Cuban immigrants, many of whom settled in Miami because of its proximity to their homeland. More recently, it has welcomed other Central and Southern American immigrants, but the Cuban influence remains strong. 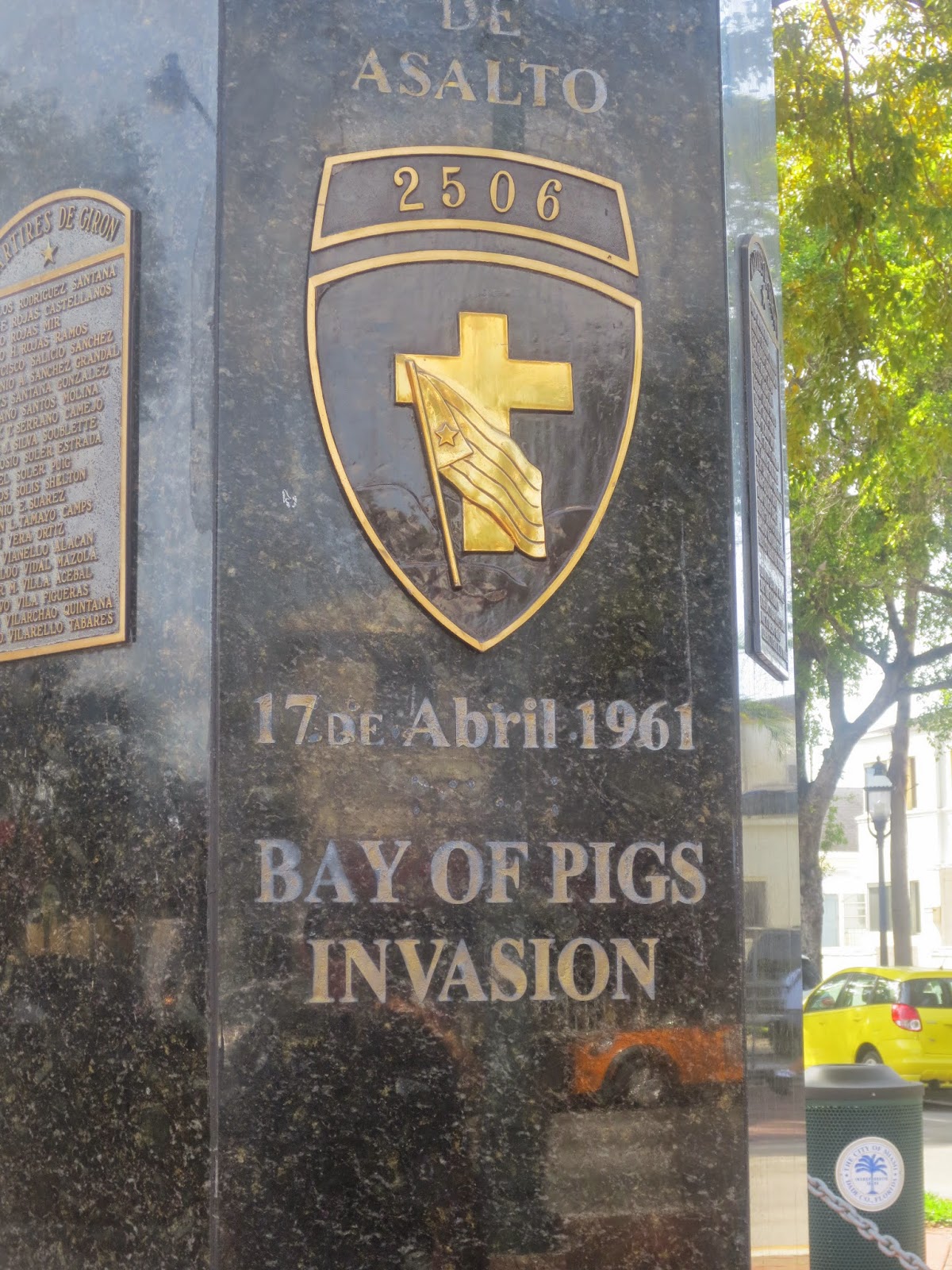 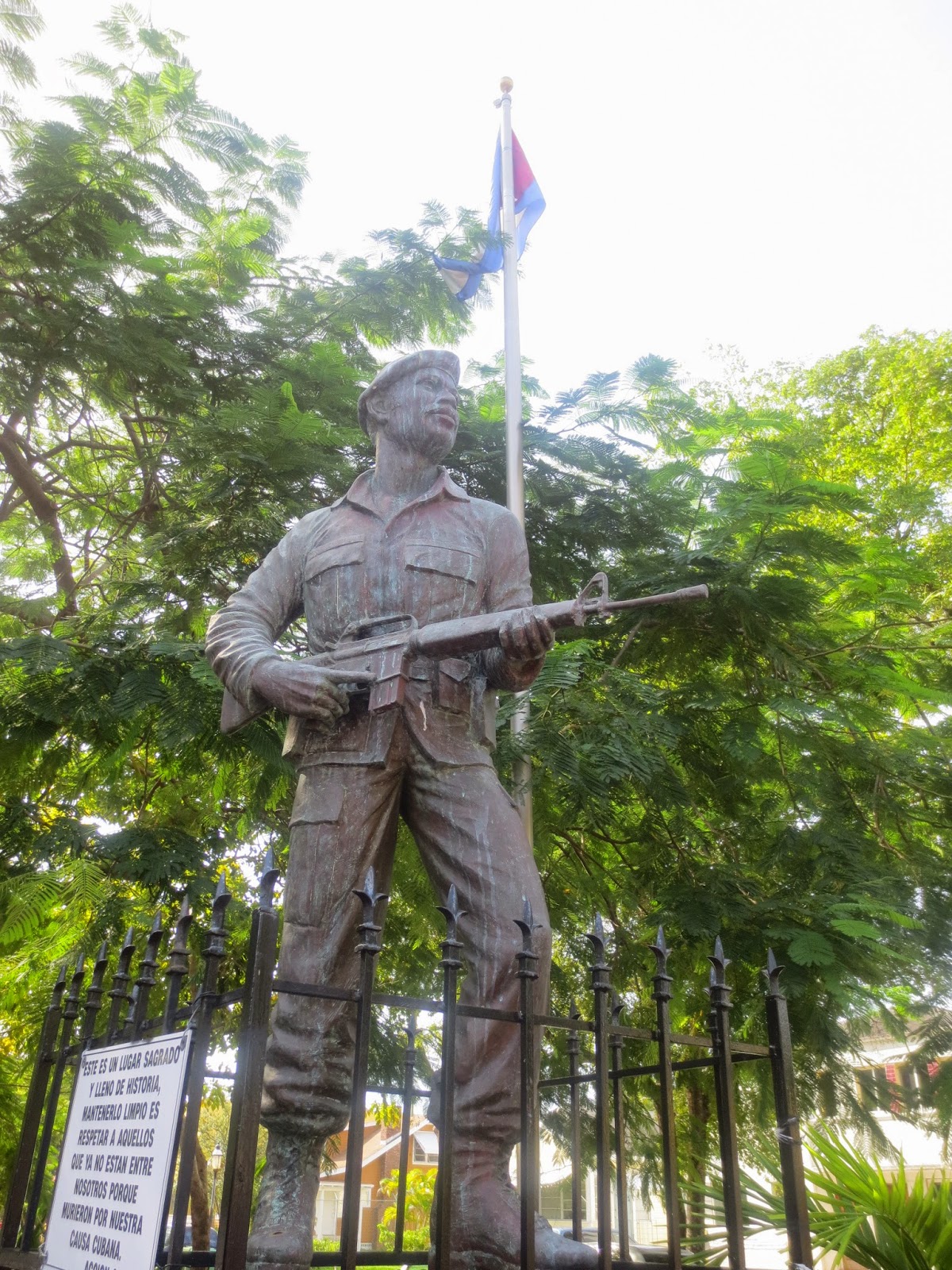 Calle Ocho (8th Street) is the hub of Little Havana. We began our walk at the Brigade 2506 Memorial. This statue was erected in honour of the Cuban exiles who were killed attempting to overthrow Fidel Castro in the 1961 Bay of Pigs invasion. 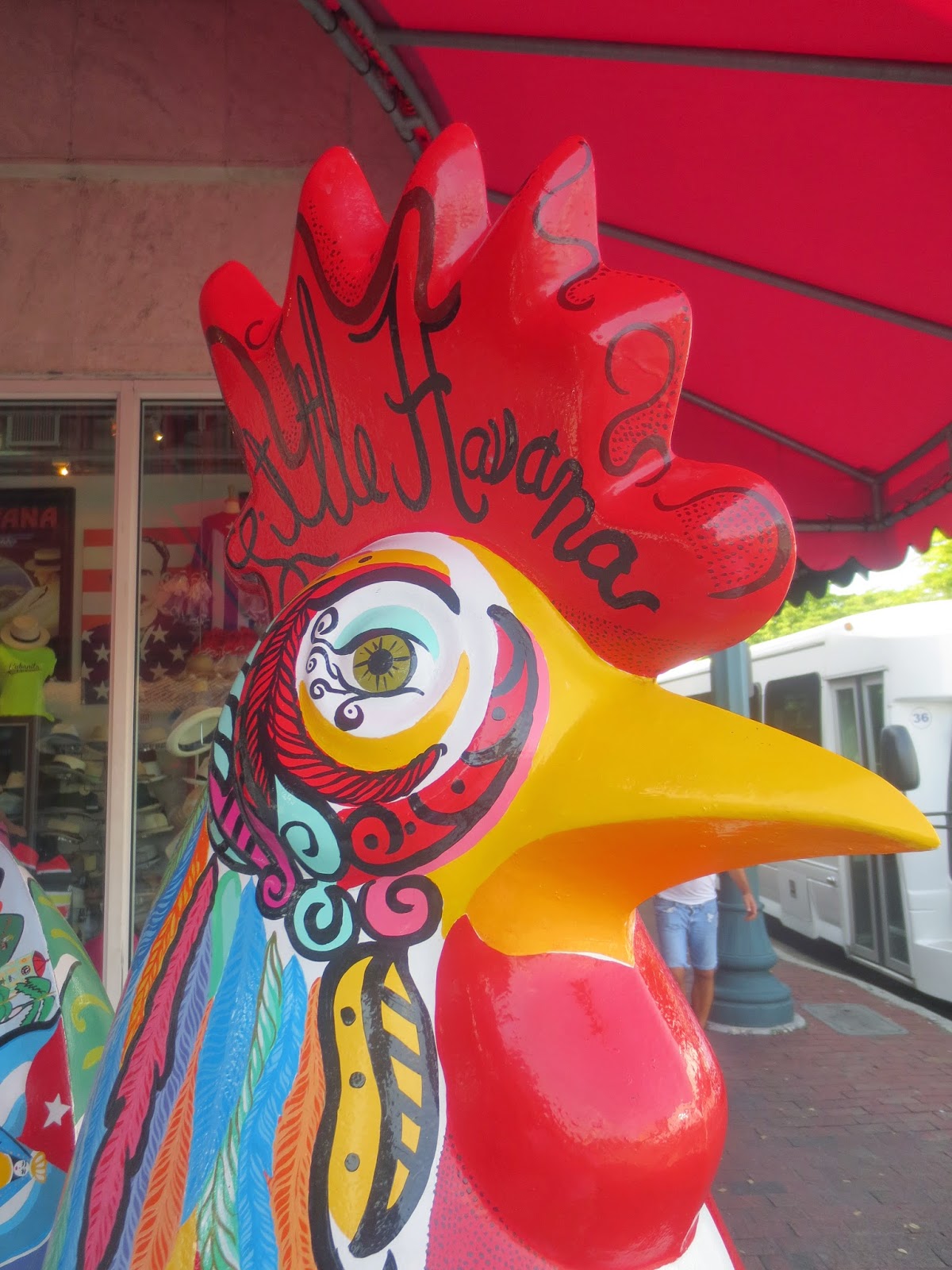 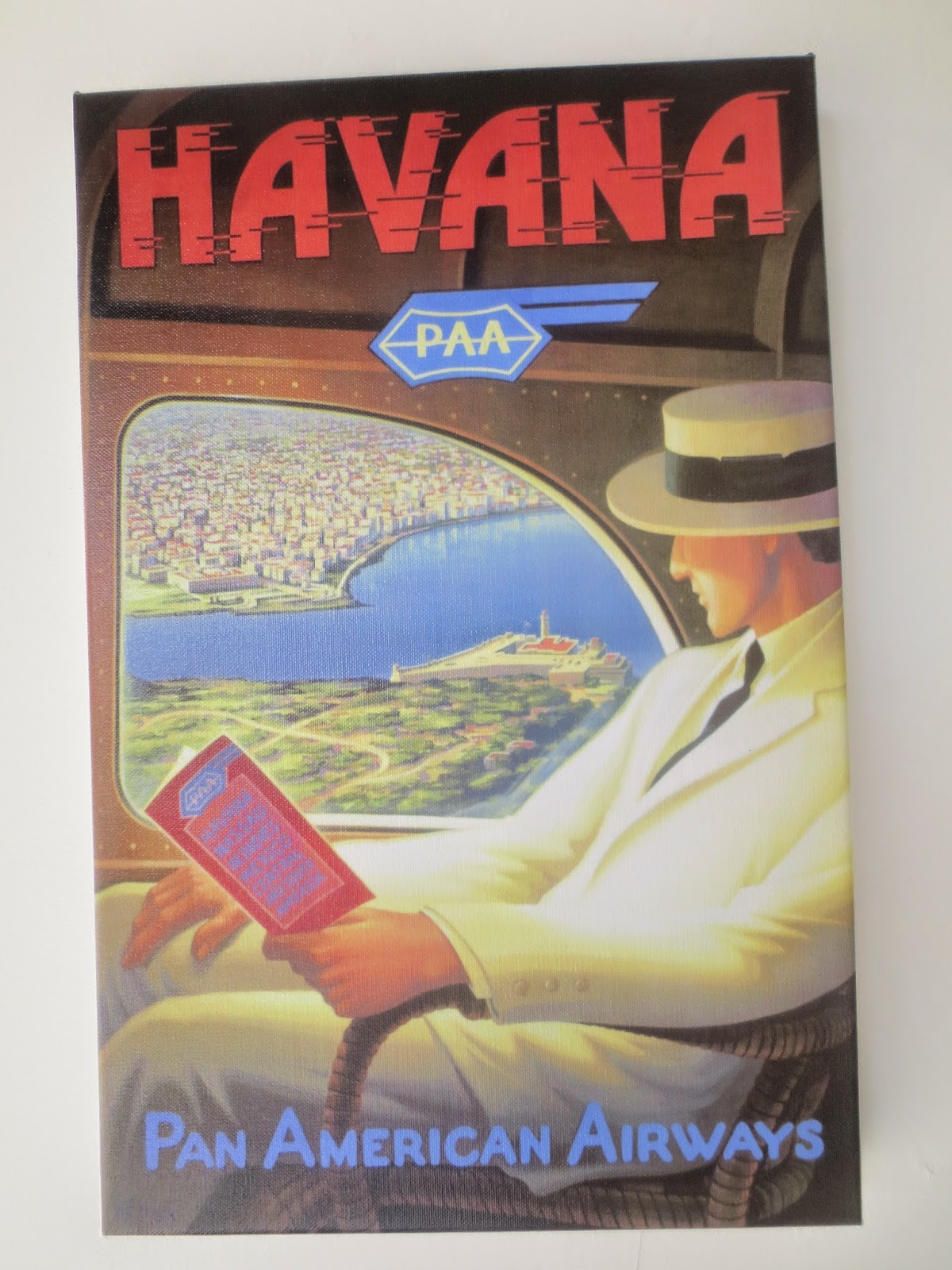 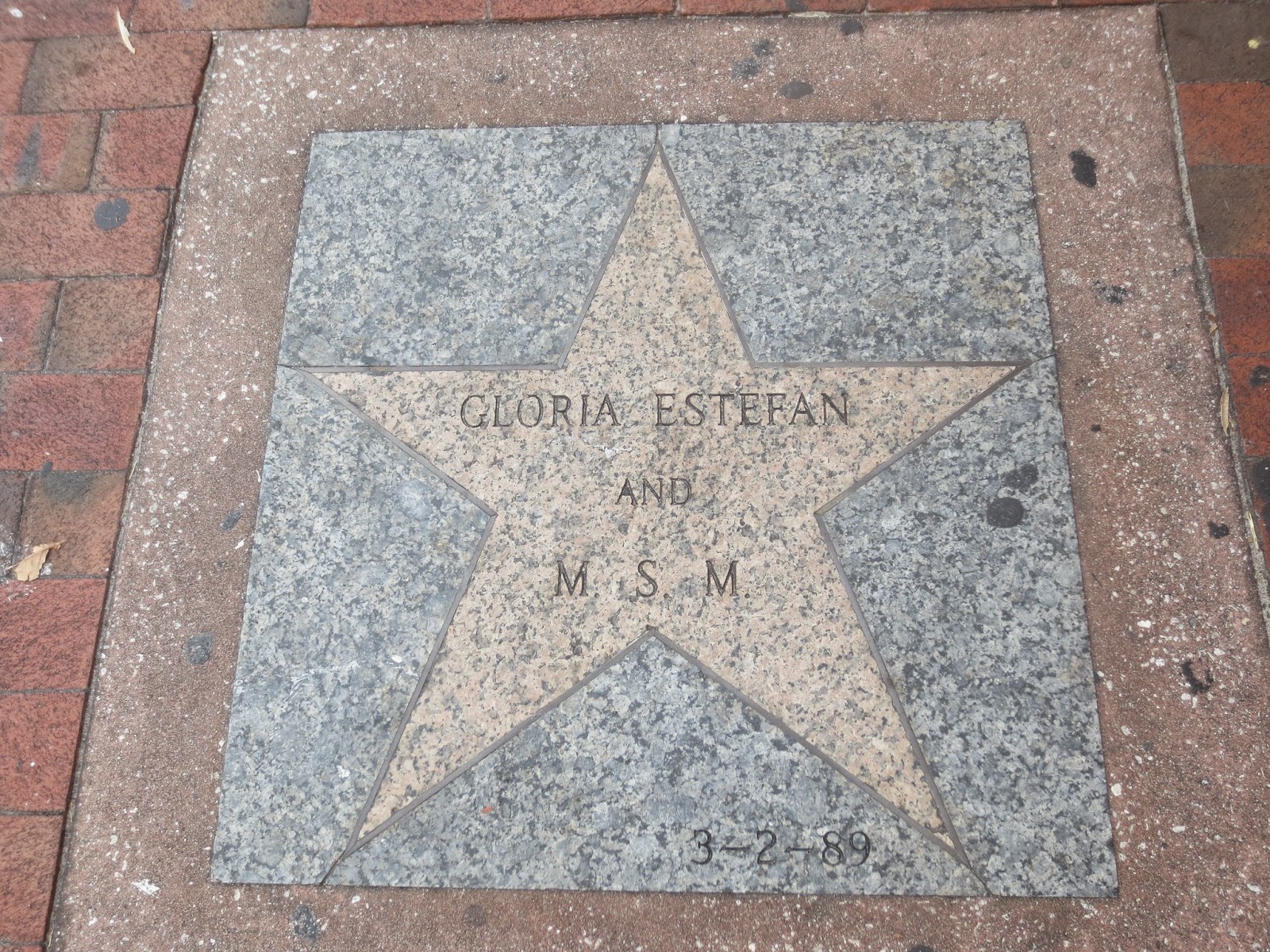 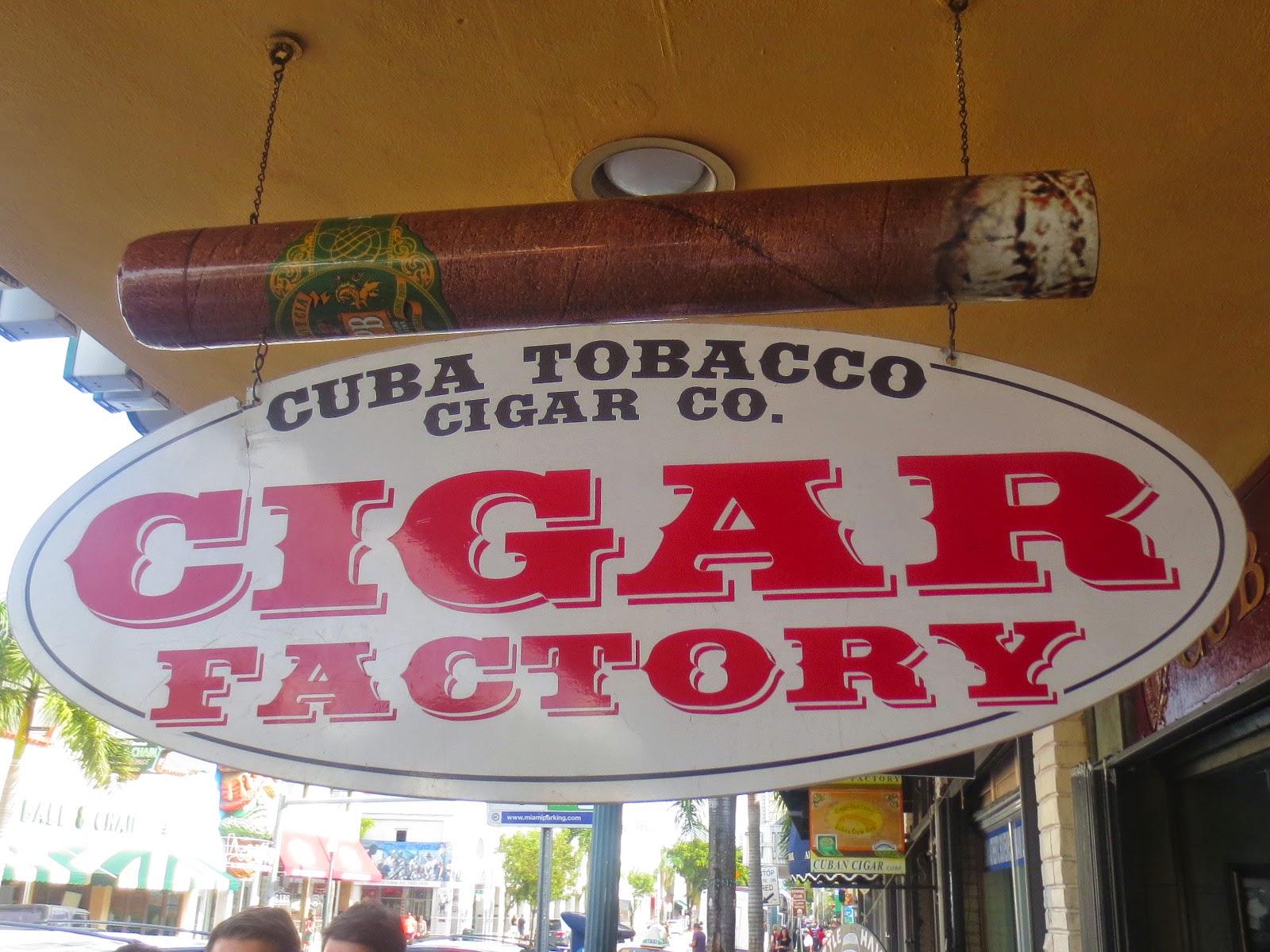 Calle Ocho is rich with Latin influences. We ate Cuban ice cream, and saw art galleries, a cigar factory, and the Cuban Walk of Fame. Of note, one of the recipients of a star on the Walk of Fame is singer Gloria Estefan. Her father was involved in the Bay of Pigs invasion, and was captured and given a 30-year prison sentence. Two years later, he and the other American prisoners were returned to Miami after $62 million in ransom money was paid. 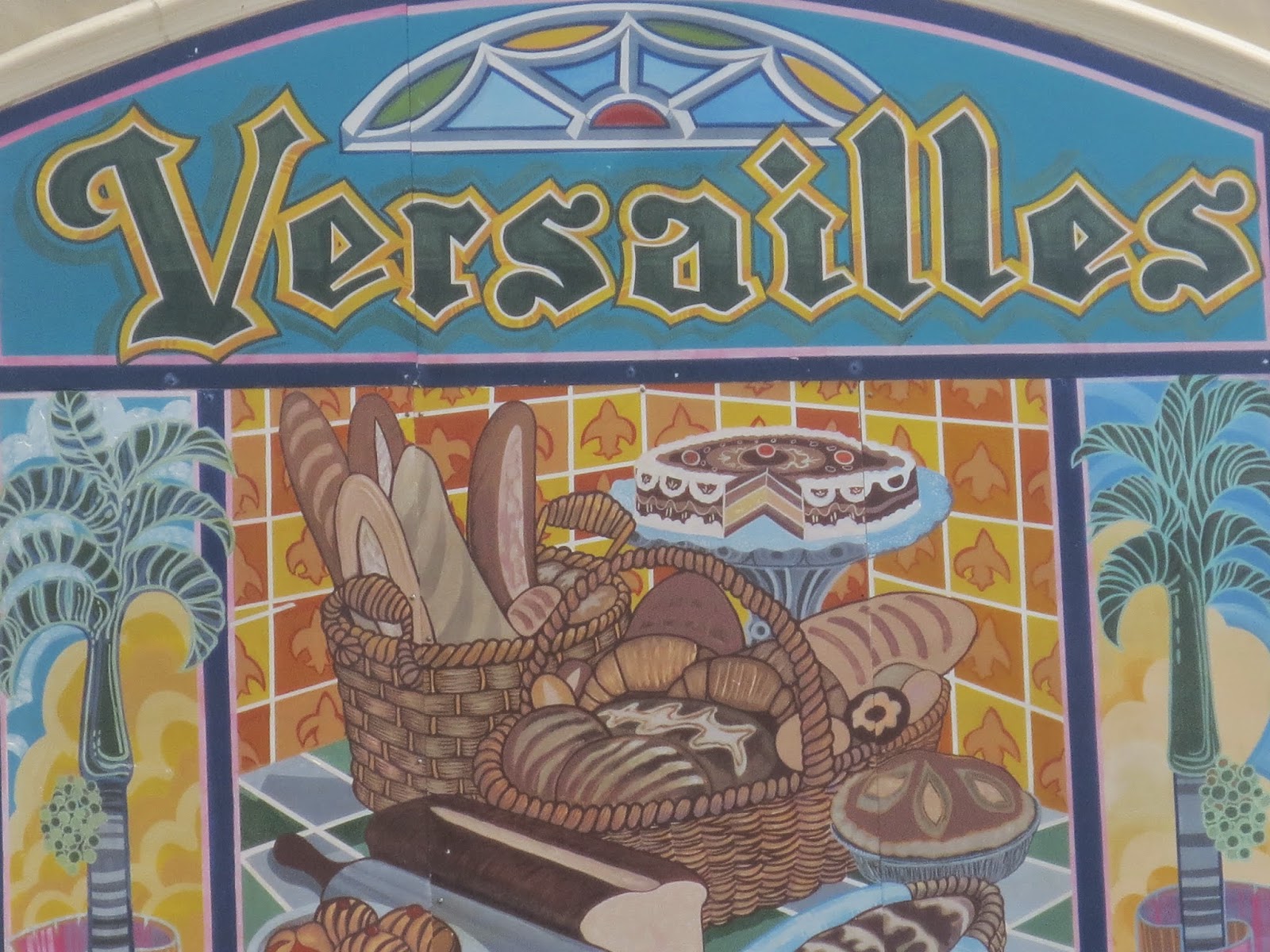 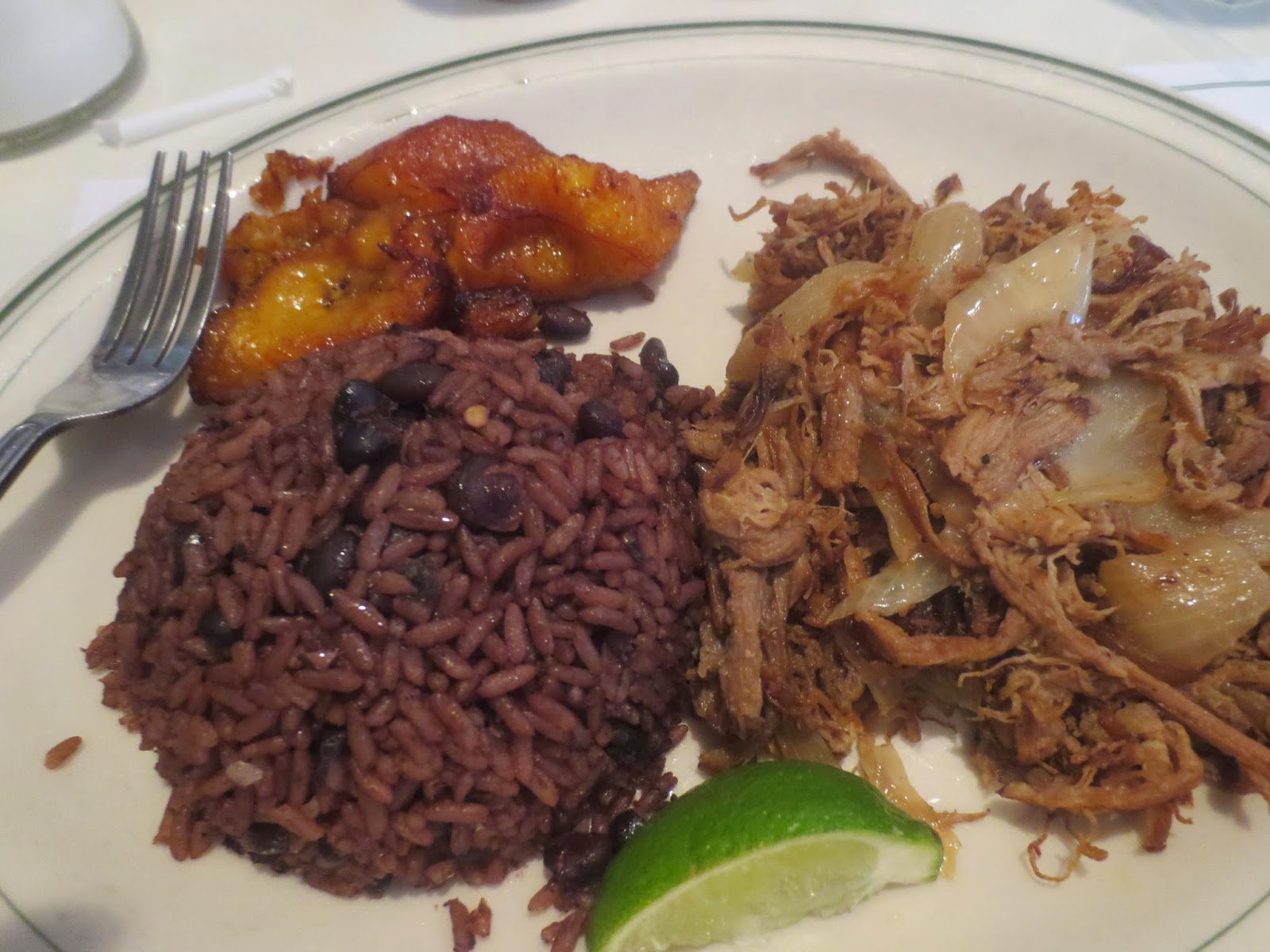 We couldn’t leave Little Havana without having lunch at its most famous restaurant, Versailles. Even at noon, the line to get in was formidable. It was worth the wait. The menu was huge, but I had to try the traditional Cuban ropa vieja (shredded beef). It was terrific. 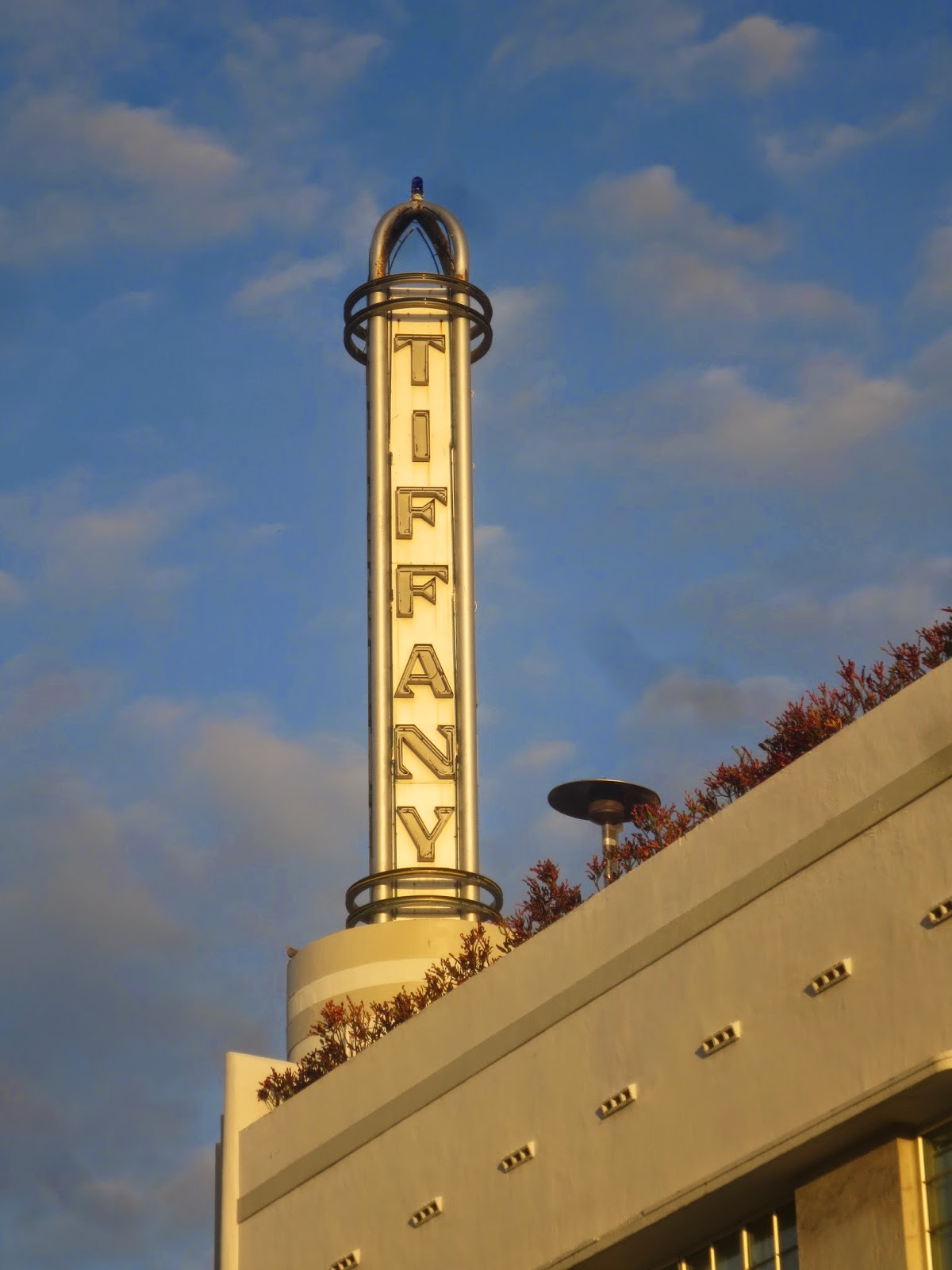 Our hotel was located in the Art Deco district, and a neighbourhood walk was on my must-do list. The Hotel of South Beach has retained its beautiful Tiffany tower from when it was a hotel of the same name.  The original Tiffany Hotel was designed by L. Murray Dixon, a leading architect who designed many other buildings in the district (including the Tides, the Raleigh and the Regent hotels).
Walking north on Ocean Drive and back along Collins and Washington Avenues, we had our cameras out full-time. Most of the buildings were, of course, in Art Deco design. The Breakwater Hotel (pictured at the top of the blog) pays homage to a Mayan Temple, while other buildings were built in Streamline Moderne or Mediterranean Revival styles.
Here are some of the beautiful buildings, and one interior, that impressed us. 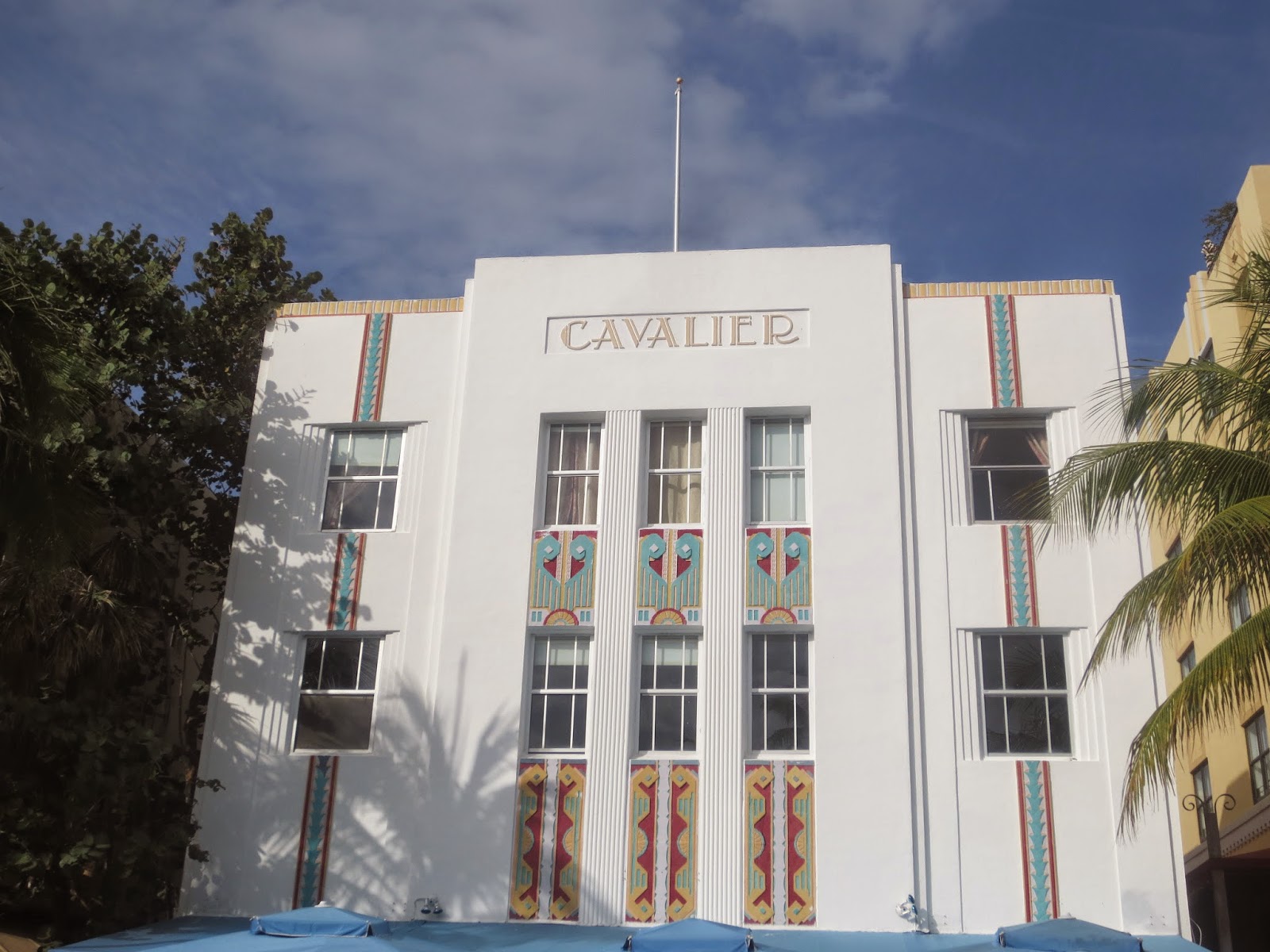 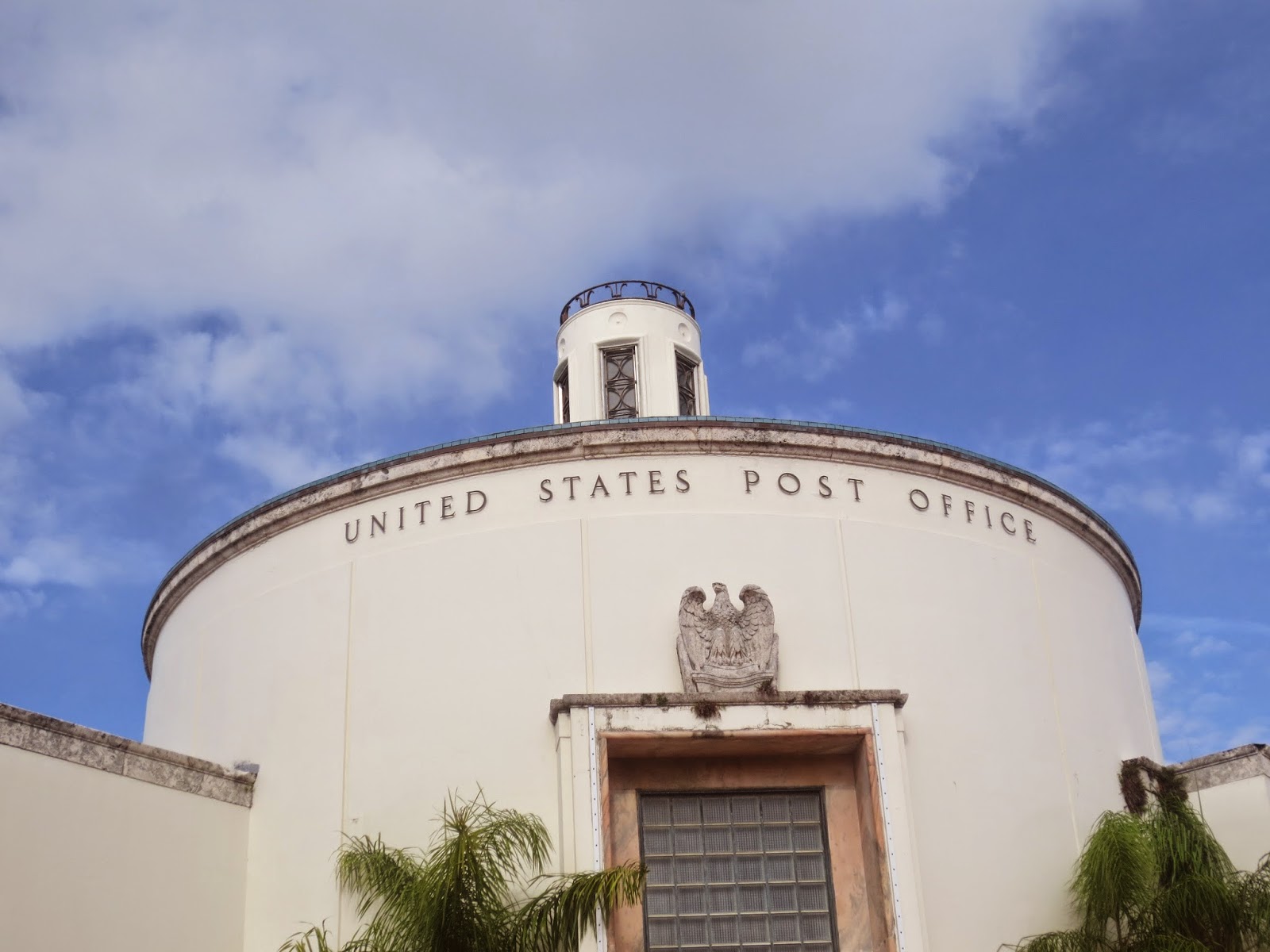 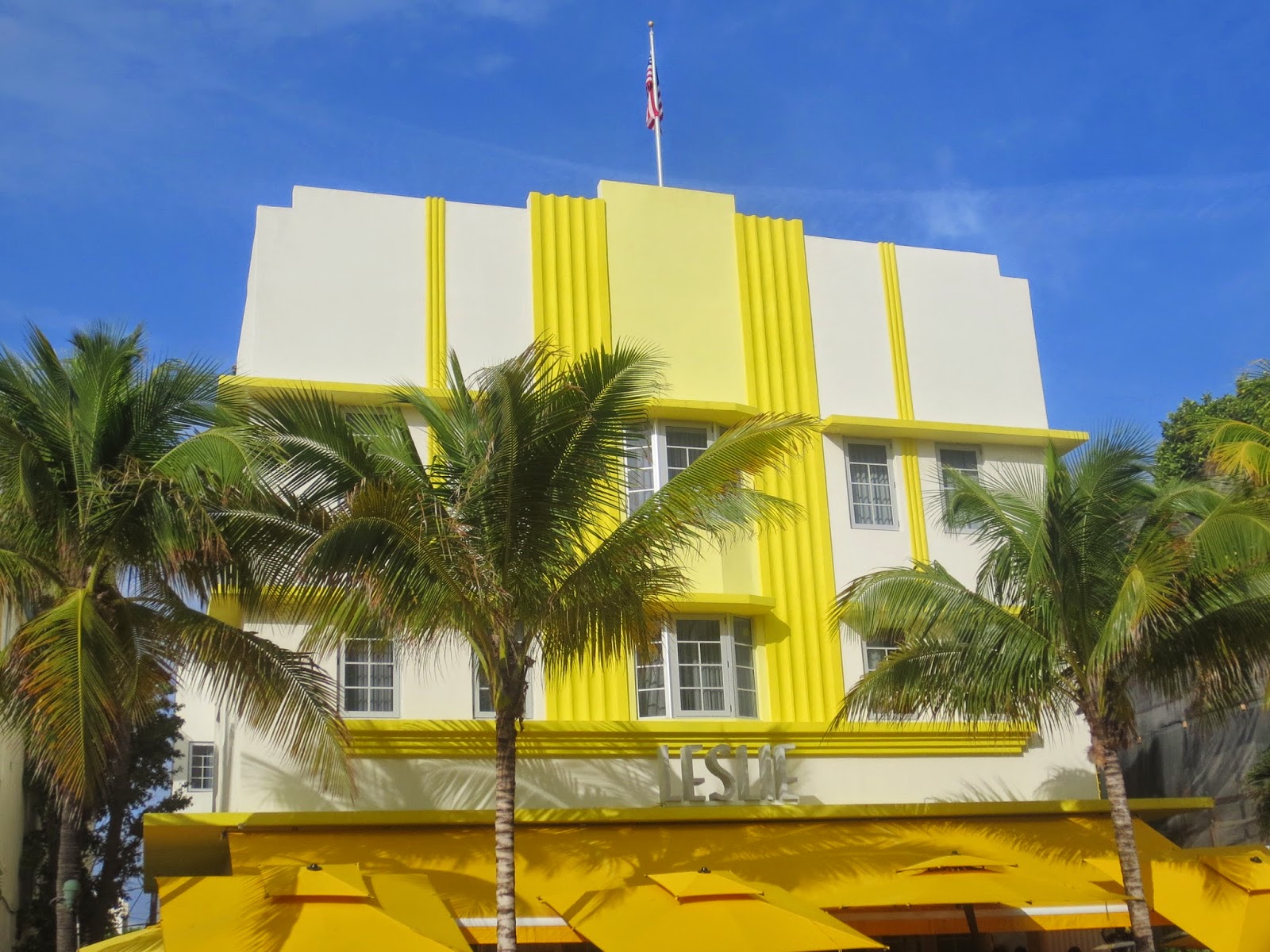 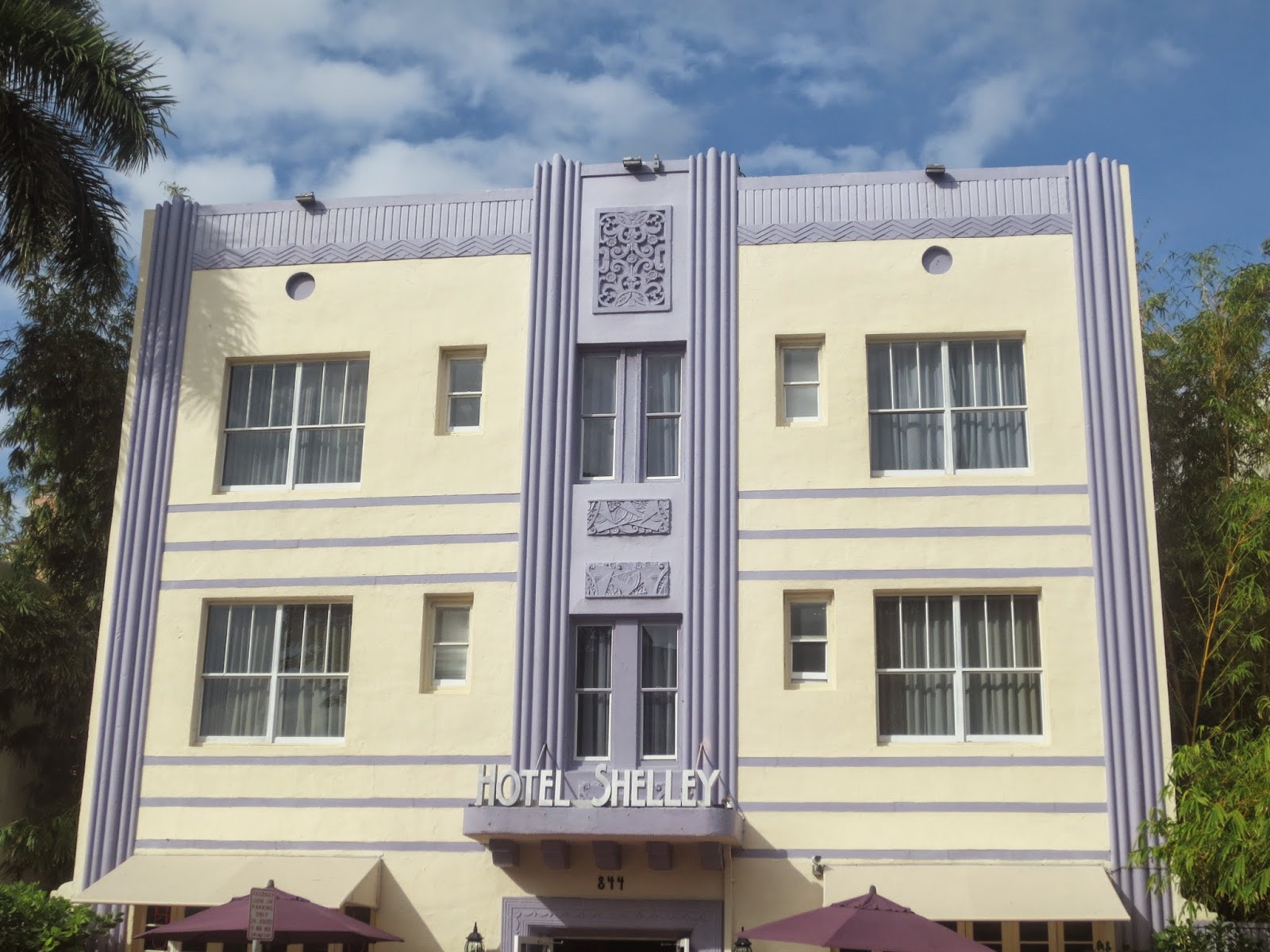 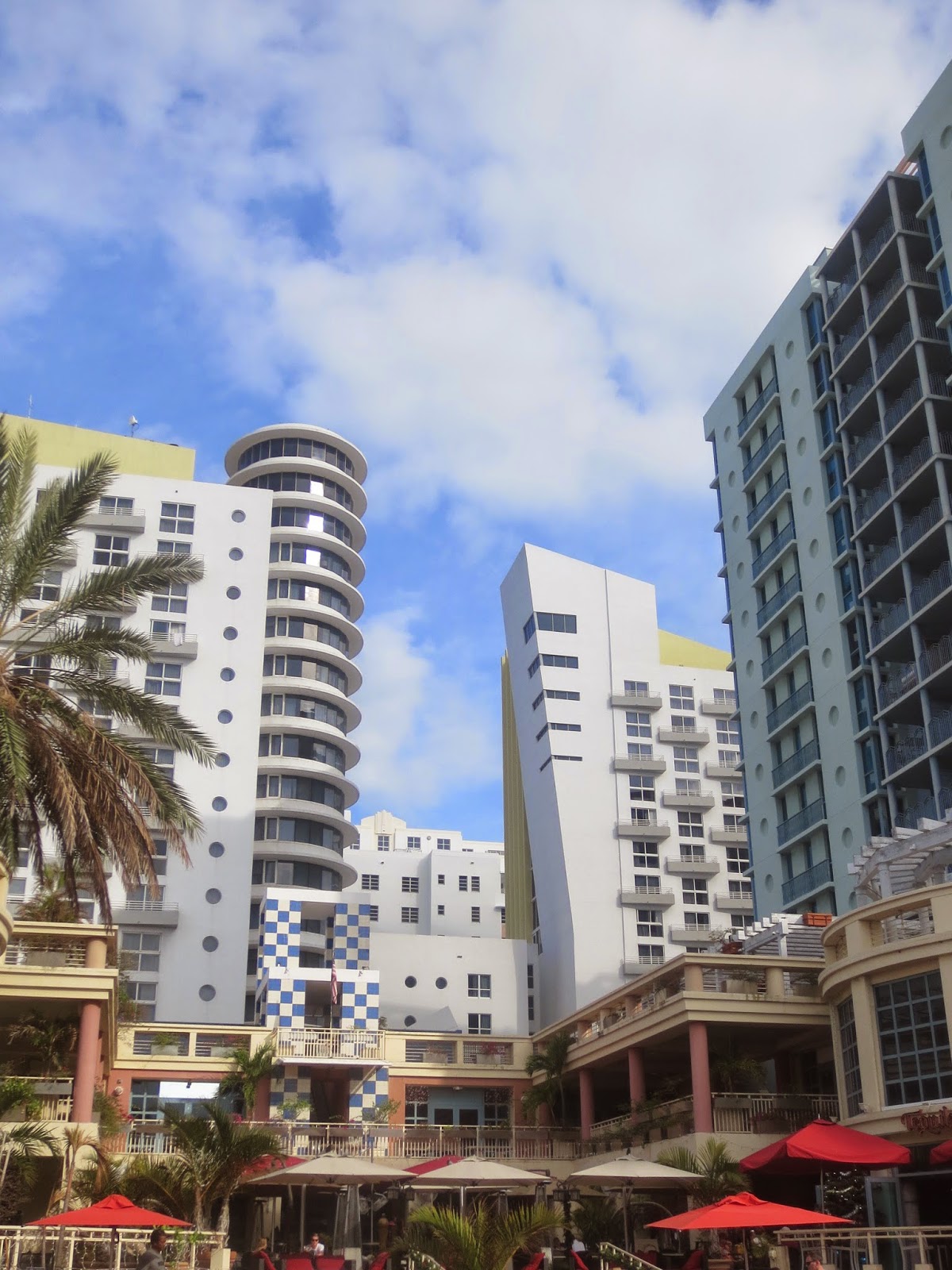 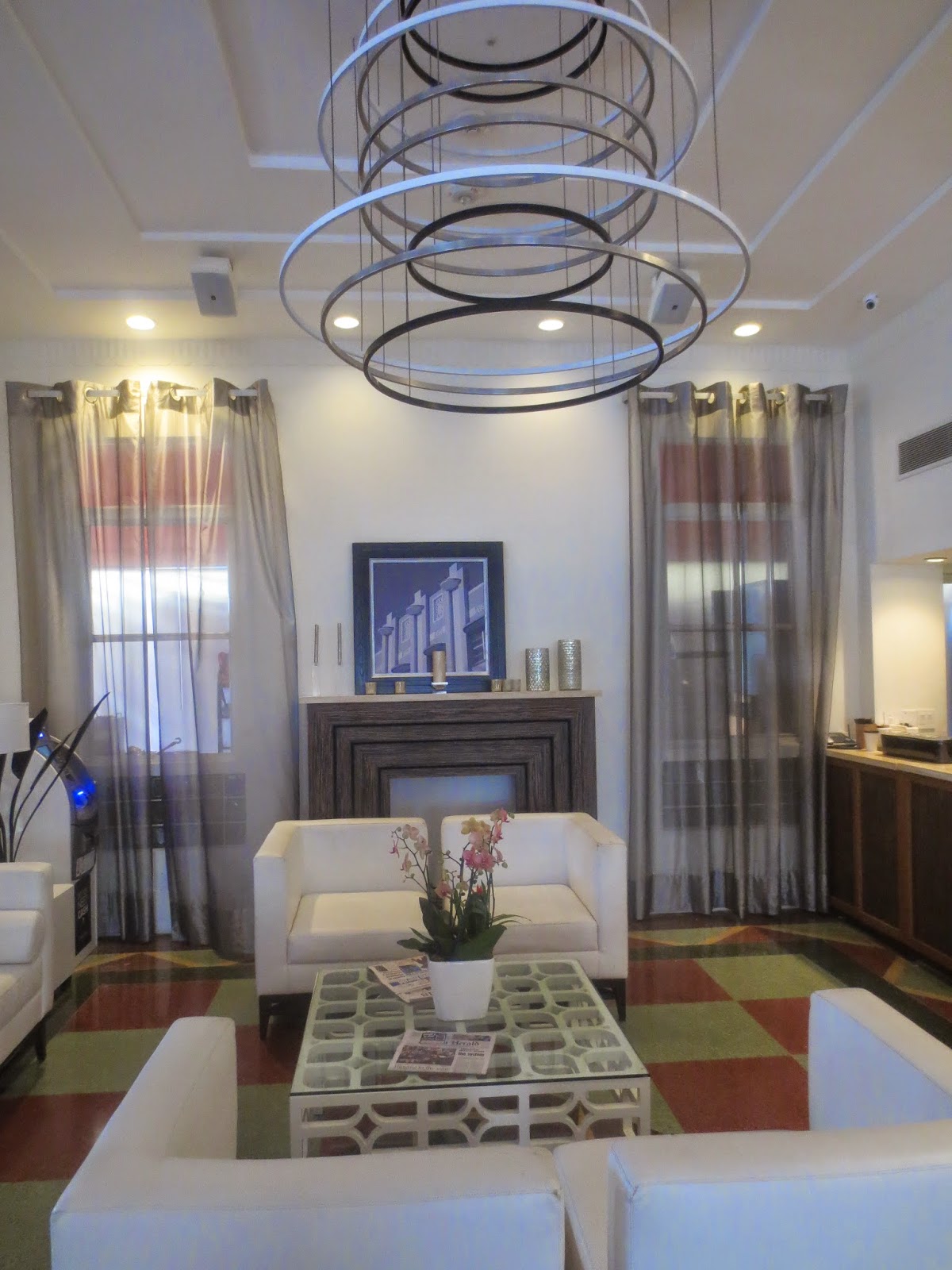 We loved this gorgeous antique car parked on Ocean Drive: 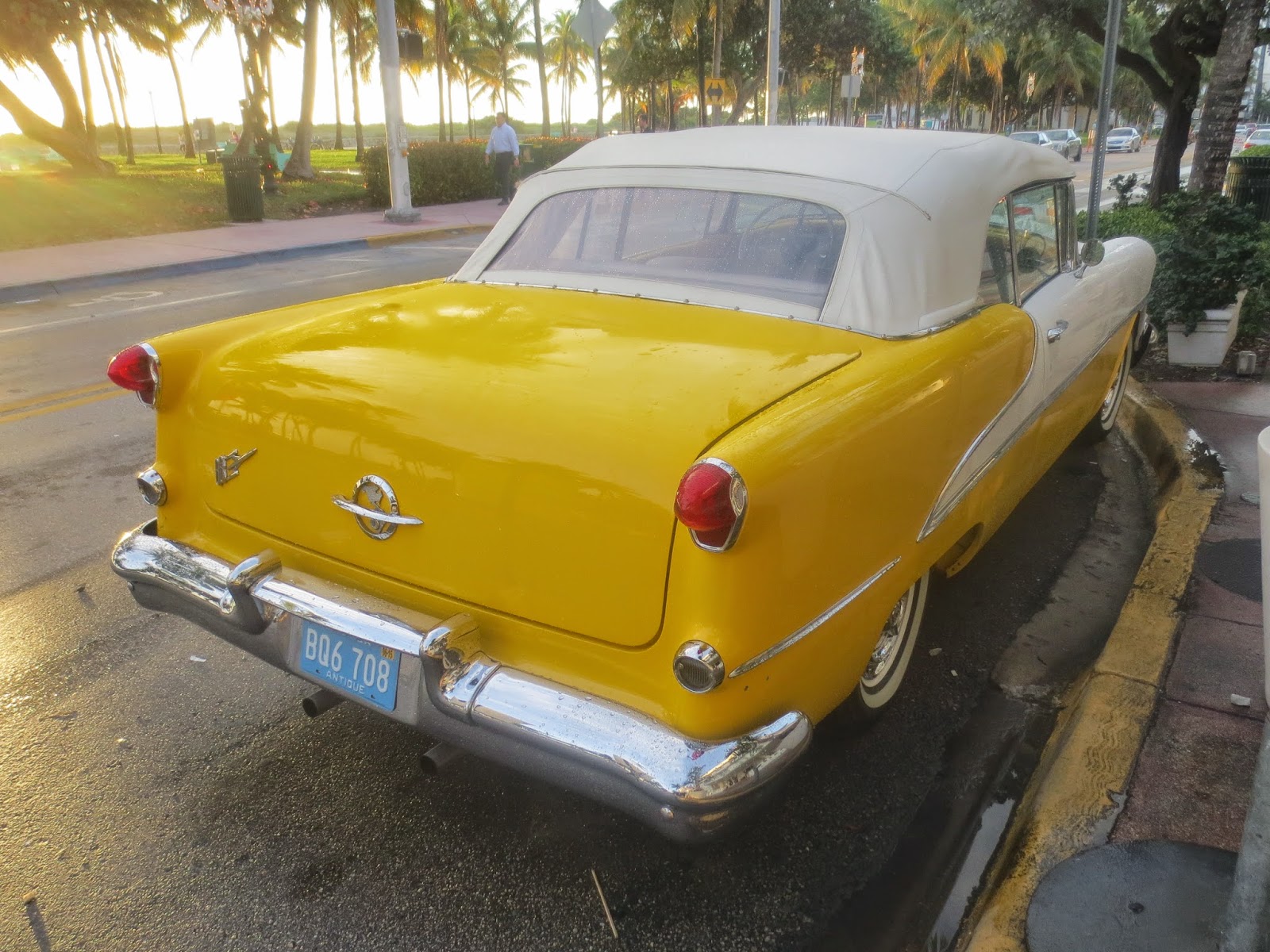 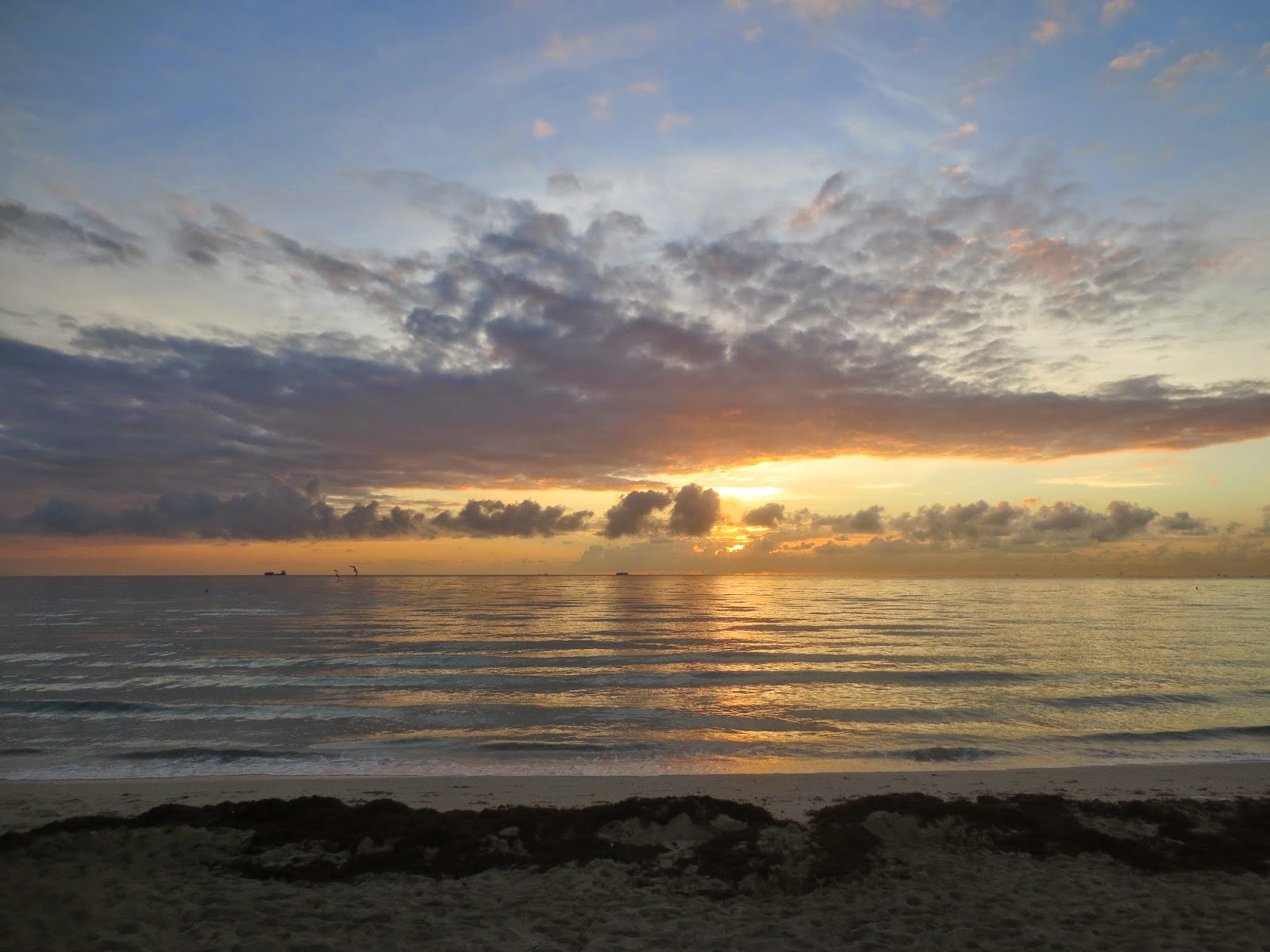