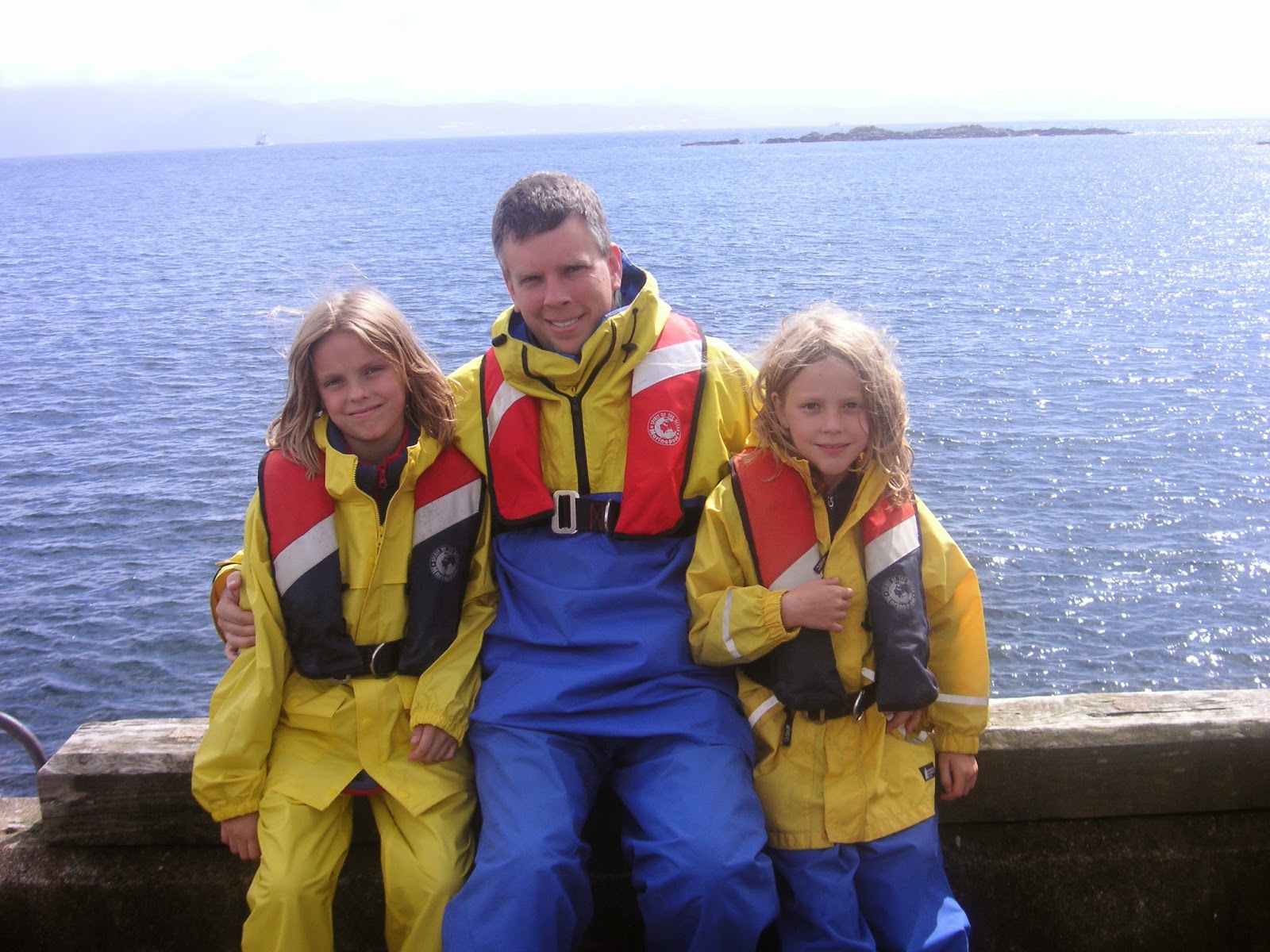 There isn’t any obvious reason why I’m writing about the Isle of Skye today: no particular news connections, and the weather isn’t reminding me of anywhere other than the Antarctic, or perhaps the north of Siberia. But earlier this week, I had some old photo albums out and realized I’d never posted about our trip to this beautiful island when we visited Scotland in 2005. 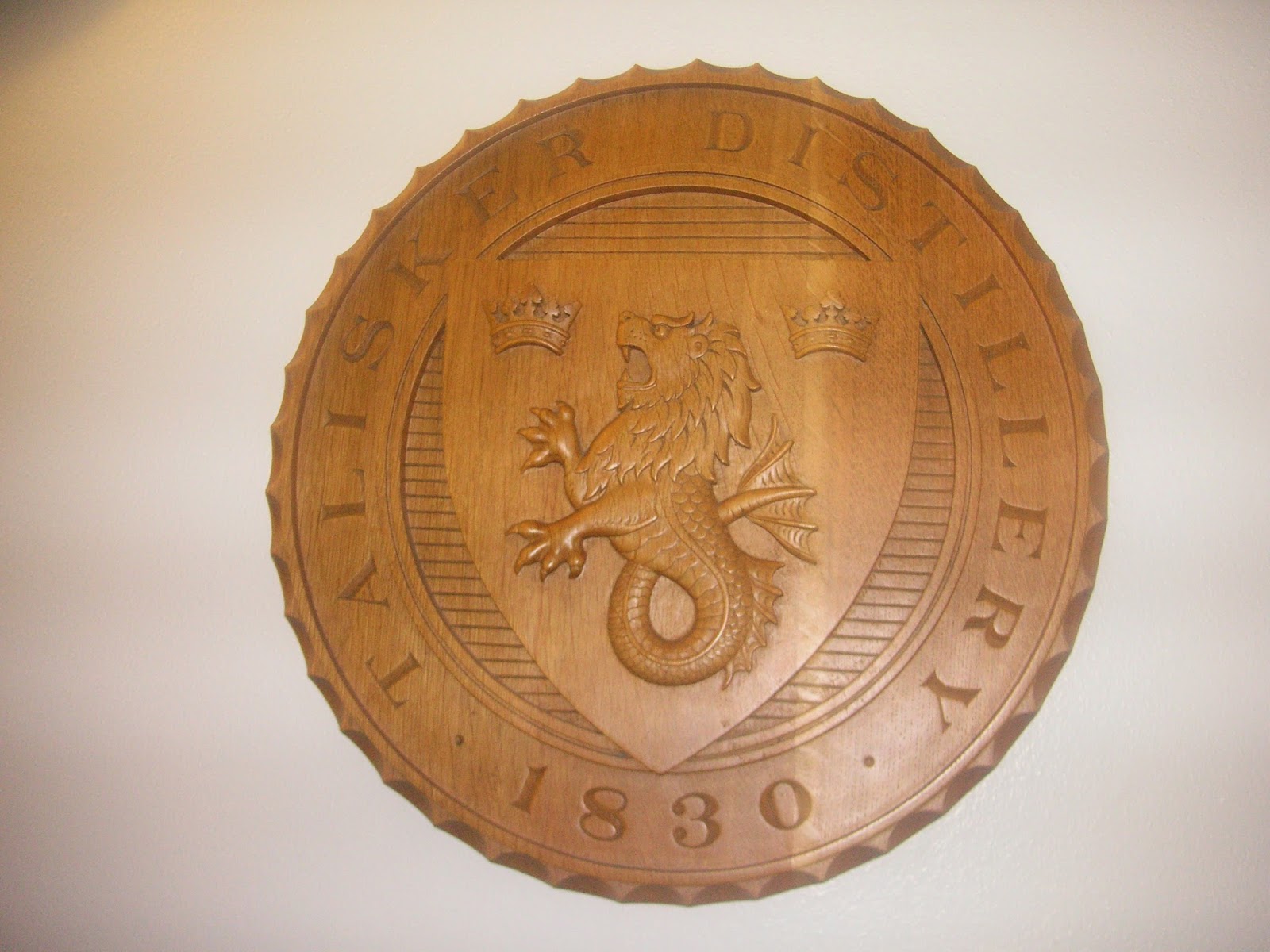 Our day began with more interest for the adults than the children, as our first stop was at the Talisker Distillery. Andrew and I loved the tour, as well as the free sample we received on arrival. The girls were less enthusiastic, coming along on the tour but declining the dram of 10-year-old scotch eagerly offered by the proprietor. 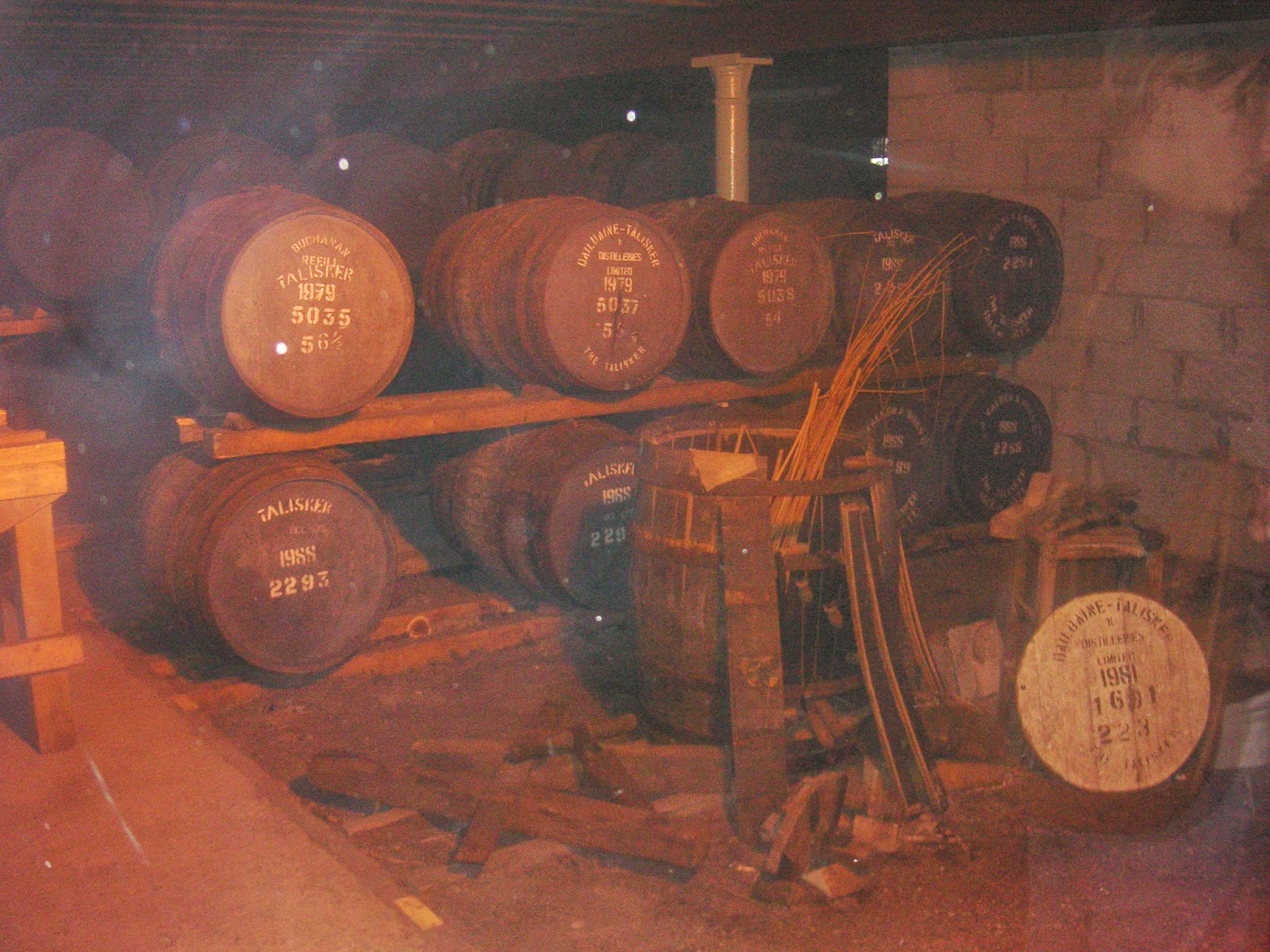 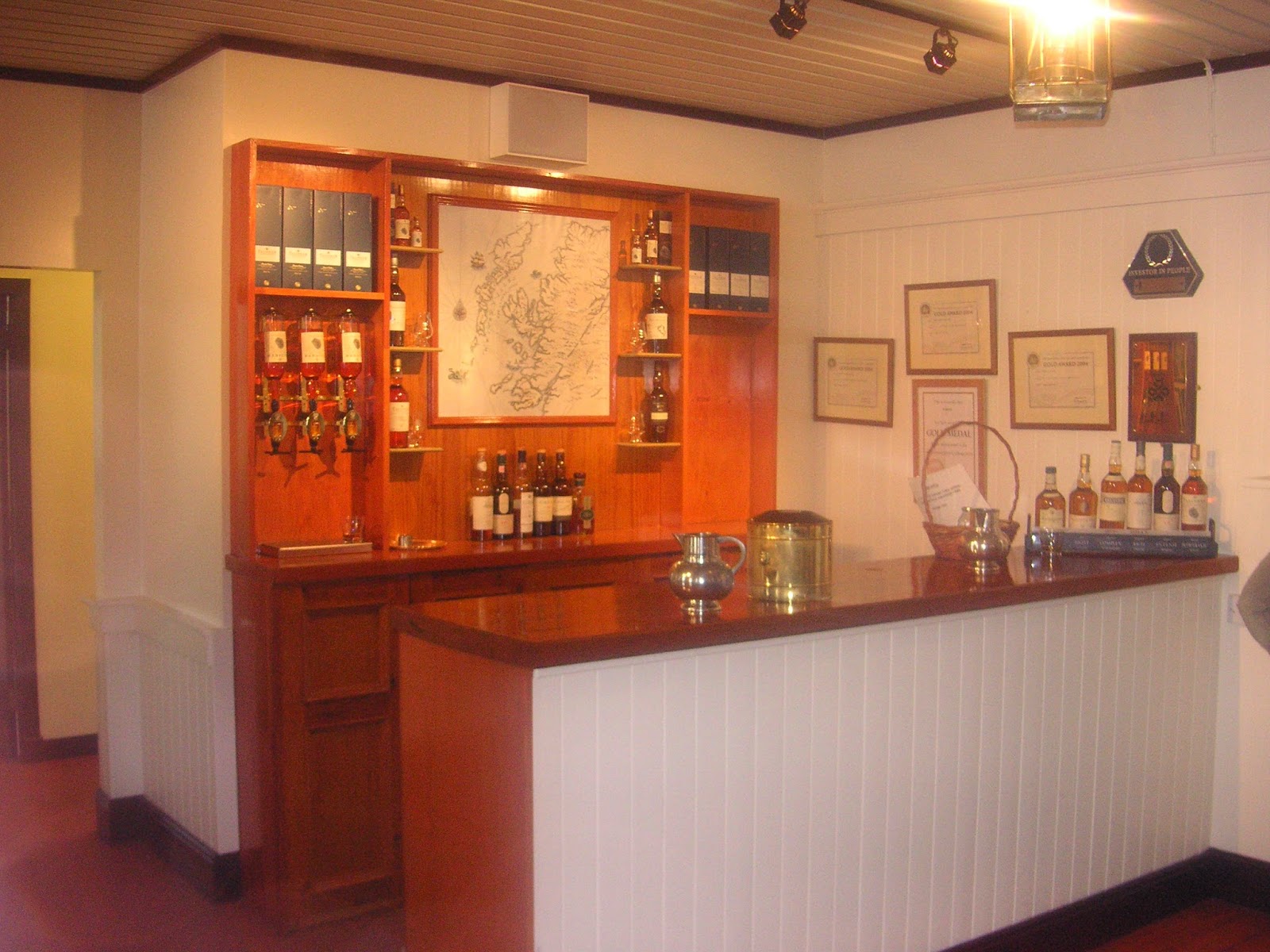 Facts about this distillery: at the time we visited, there were only six employees; the distillery was founded in 1830, meaning we visited during its 175th anniversary year; Talisker was reportedly Robert Louis Stevenson’s favourite drink, and he mentioned it in his poem “The Scotsman’s Return From Abroad.” 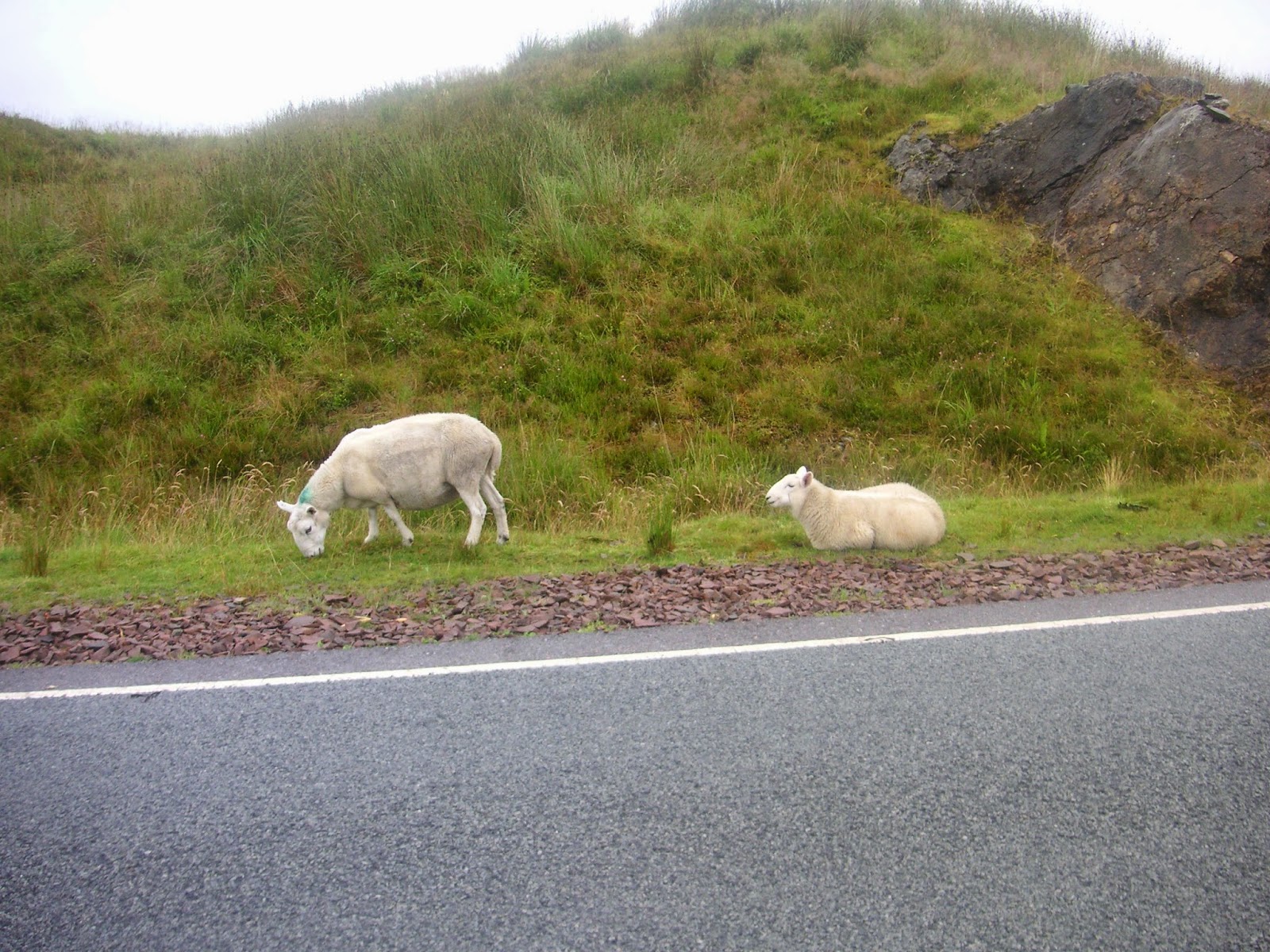 Scotch tasting behind us, we set off for the real treat of the day – a seal-watching adventure. We put on protective rain gear supplied by the company and took off for a two-hour tour of the Sound of Sleat. 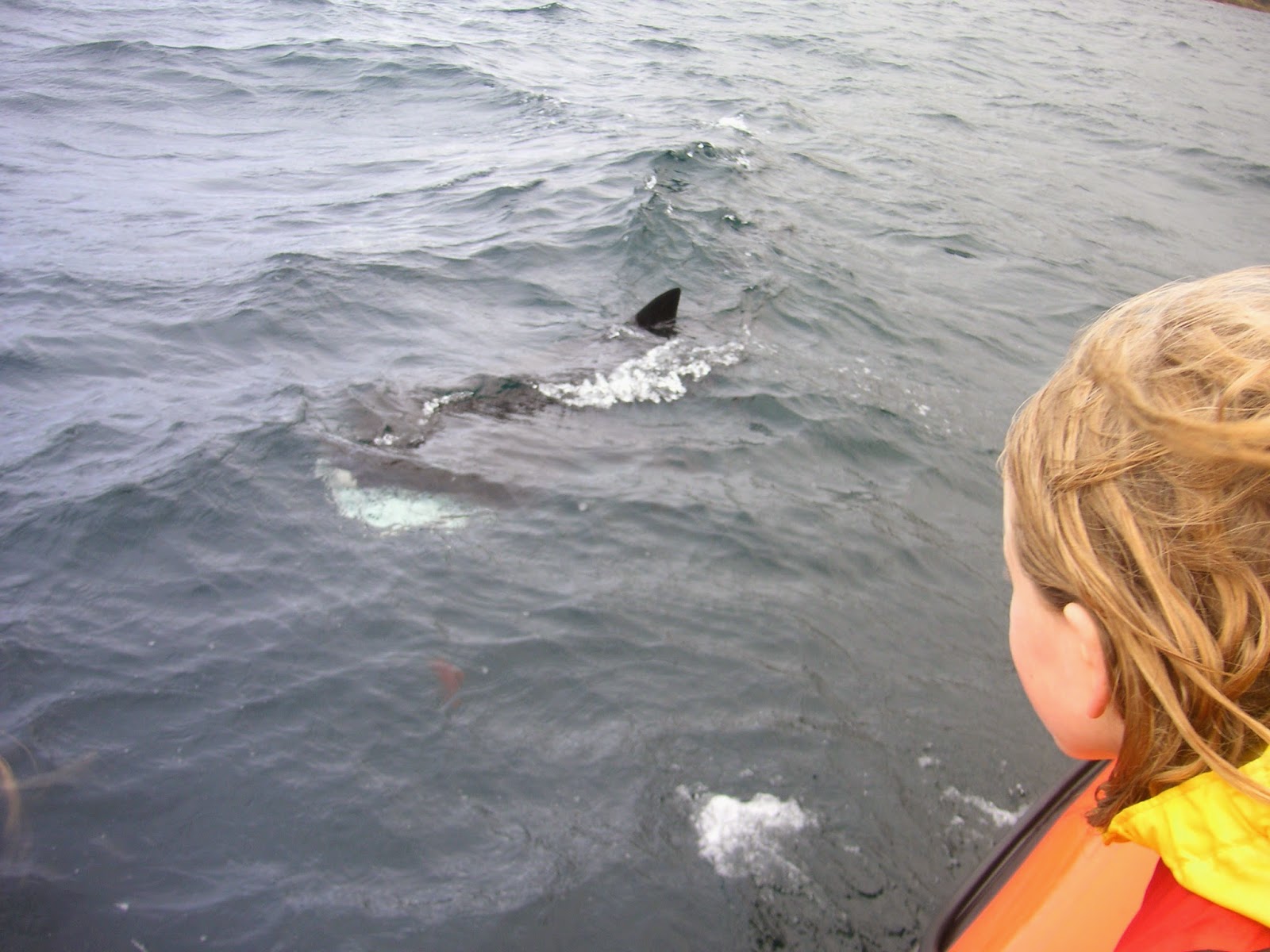 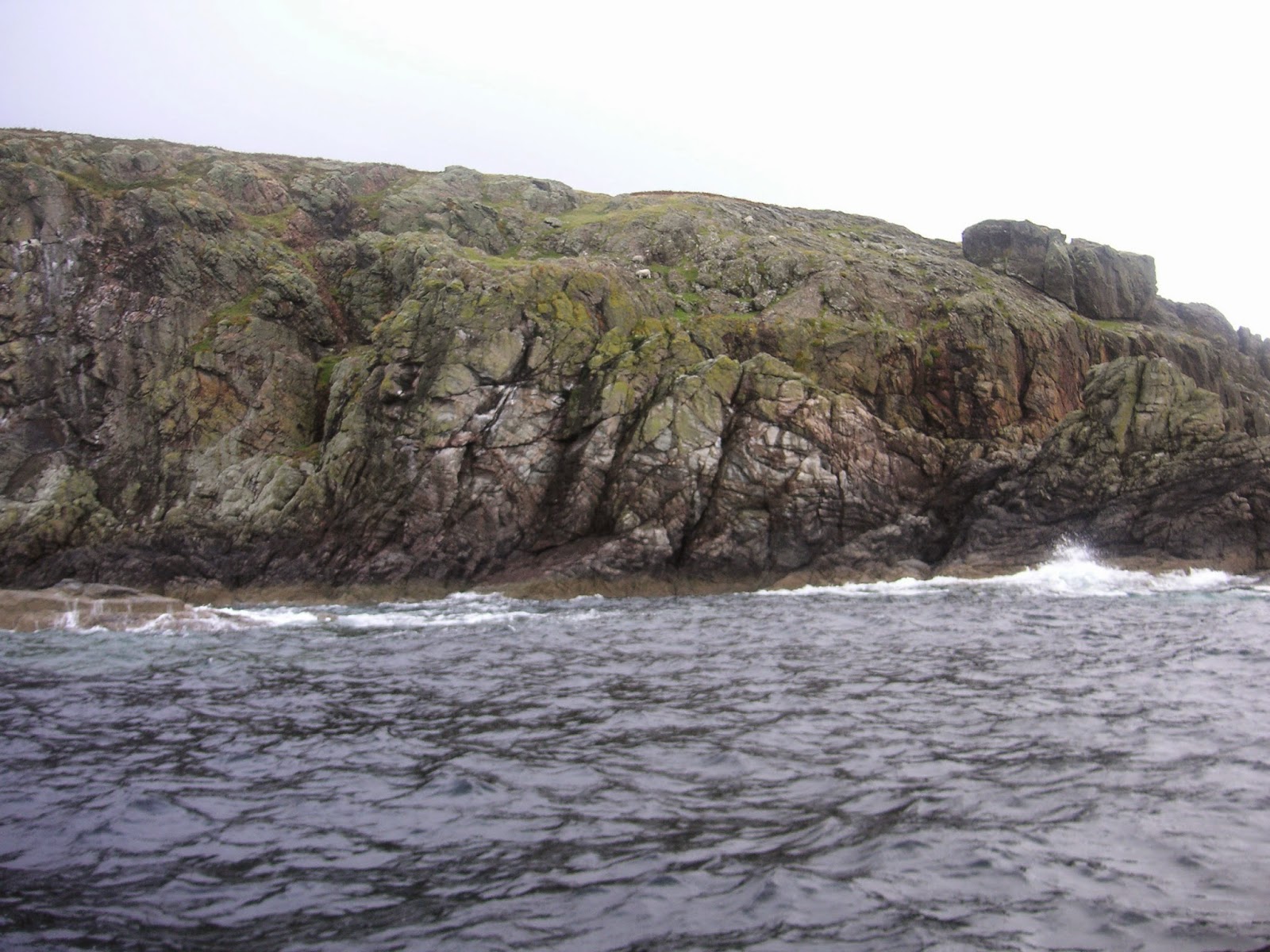 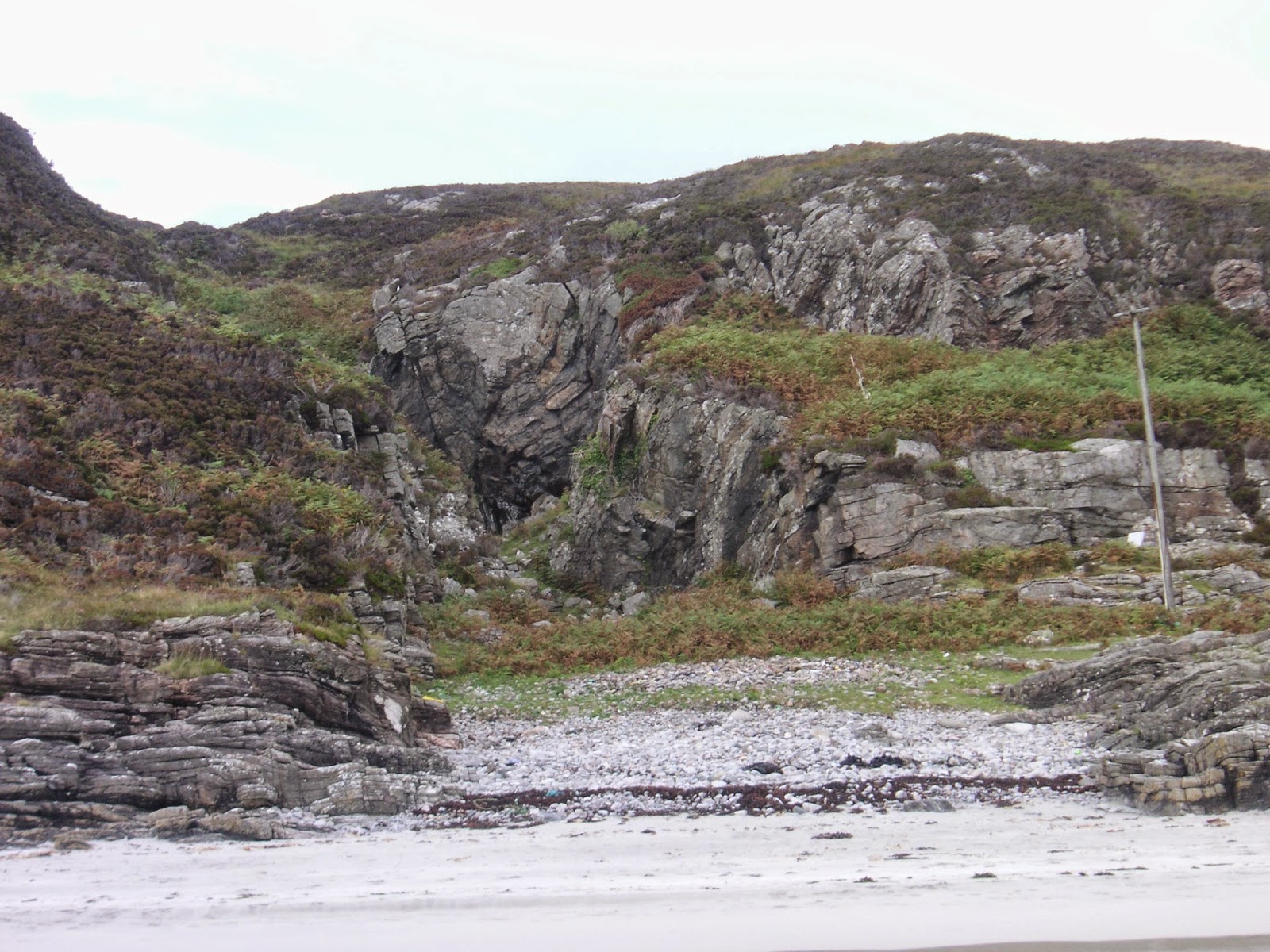 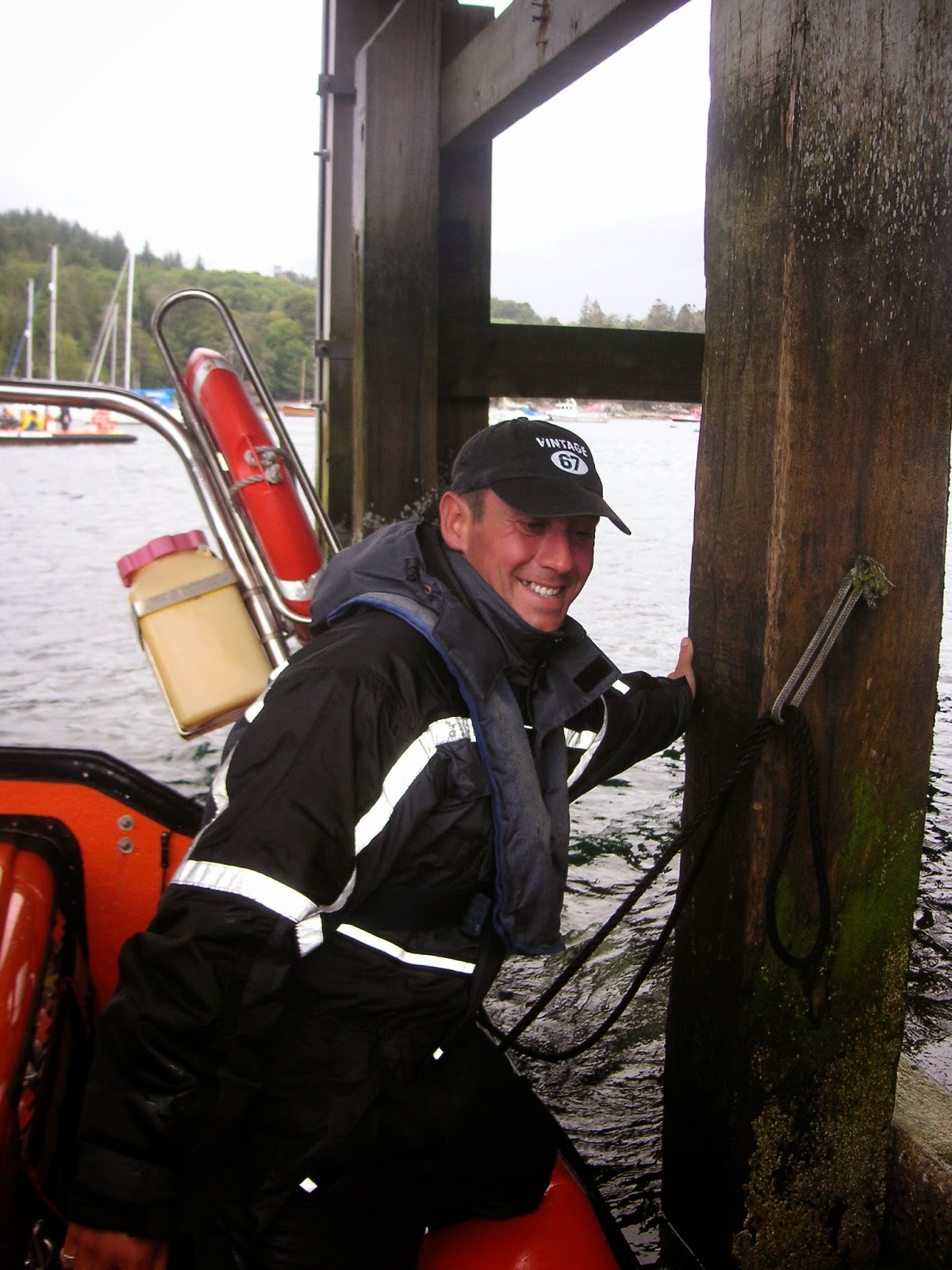 Skye’s Cuillin Mountains were beautiful, as were the myriad of inlets along the coast. We saw multitudes of seals and flocks of seabirds – and a single basking shark. But the highlight of the trip, according to the girls, was getting drenched in the sea spray, and arriving back at the dock soaking wet, despite all that protective gear! 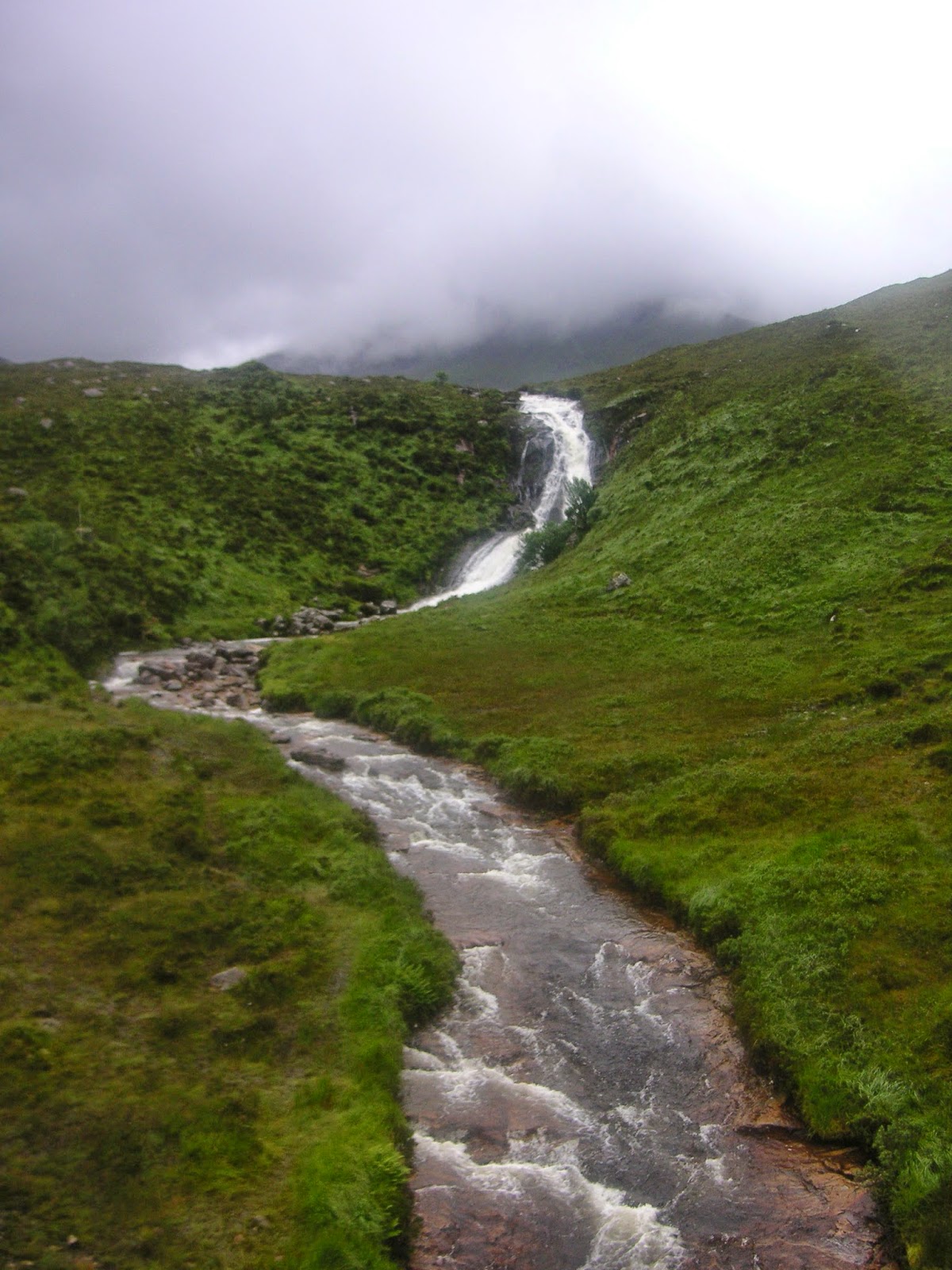 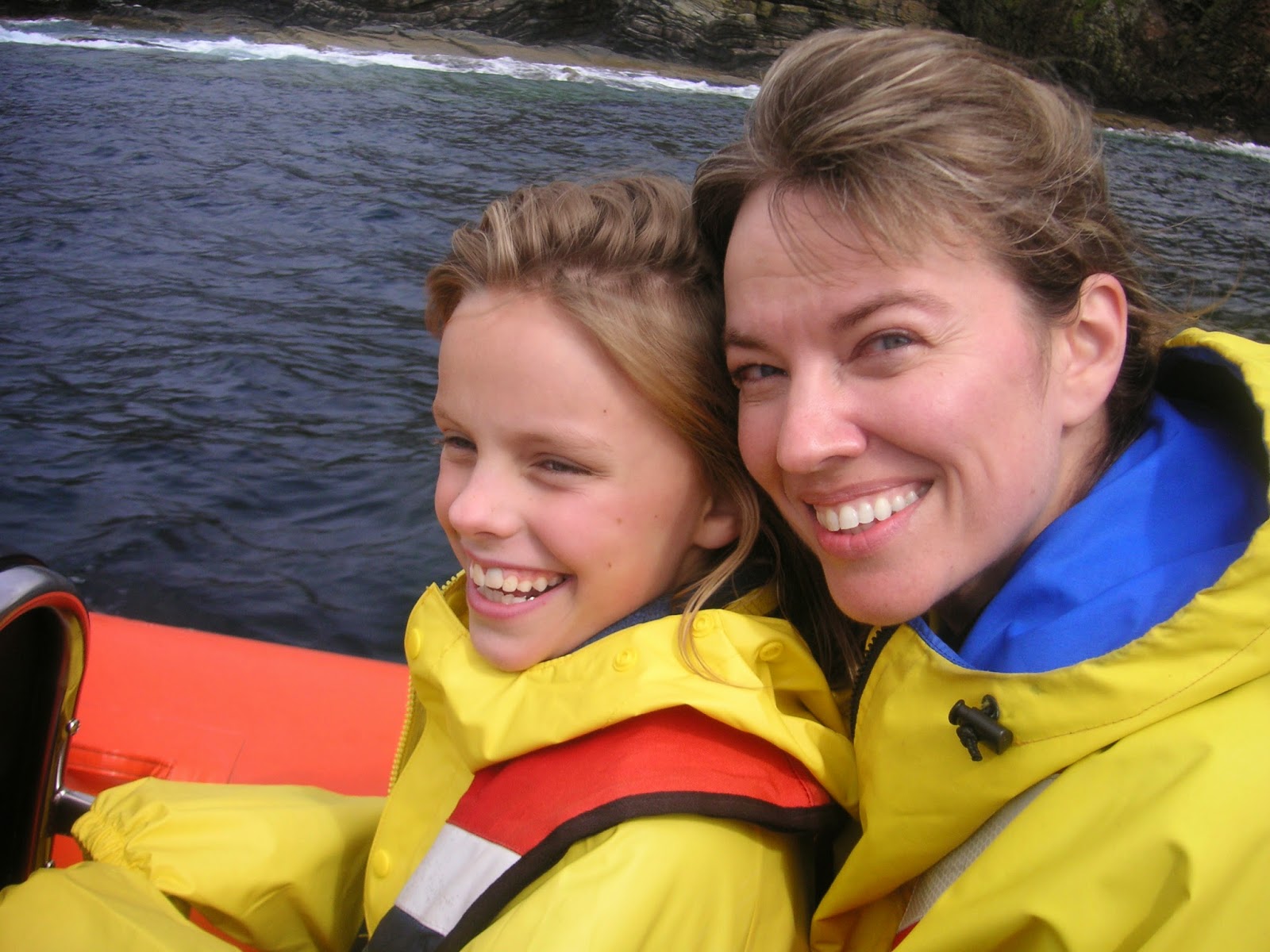