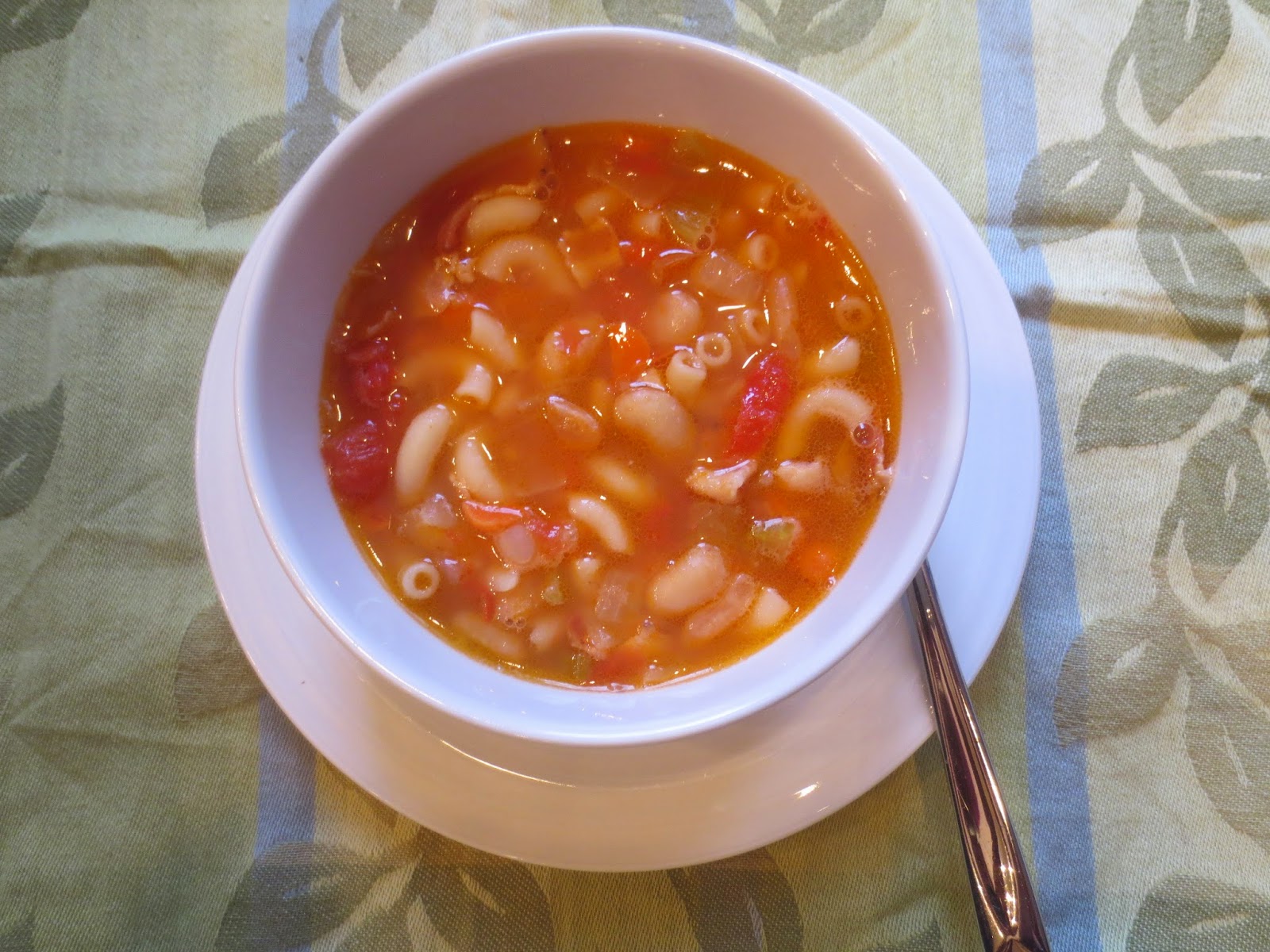 Is the beginning of March too late to post a soup recipe? I feel like I’ve made more soup this winter than ever before, and with good reason. February 2015 was officially the coldest month in Toronto history. I spent most of the month looking for food that might warm me from the inside out.

I think I’ve made this soup every winter since I’ve been married. Pasta e Fagioli (pasta and bean soup) is comfort food at its easiest and most warming. I don’t know where I got the recipe, but I urge you to try it. Because from the sound of the weather forecast, we’ve still got a few weeks of winter yet to come. 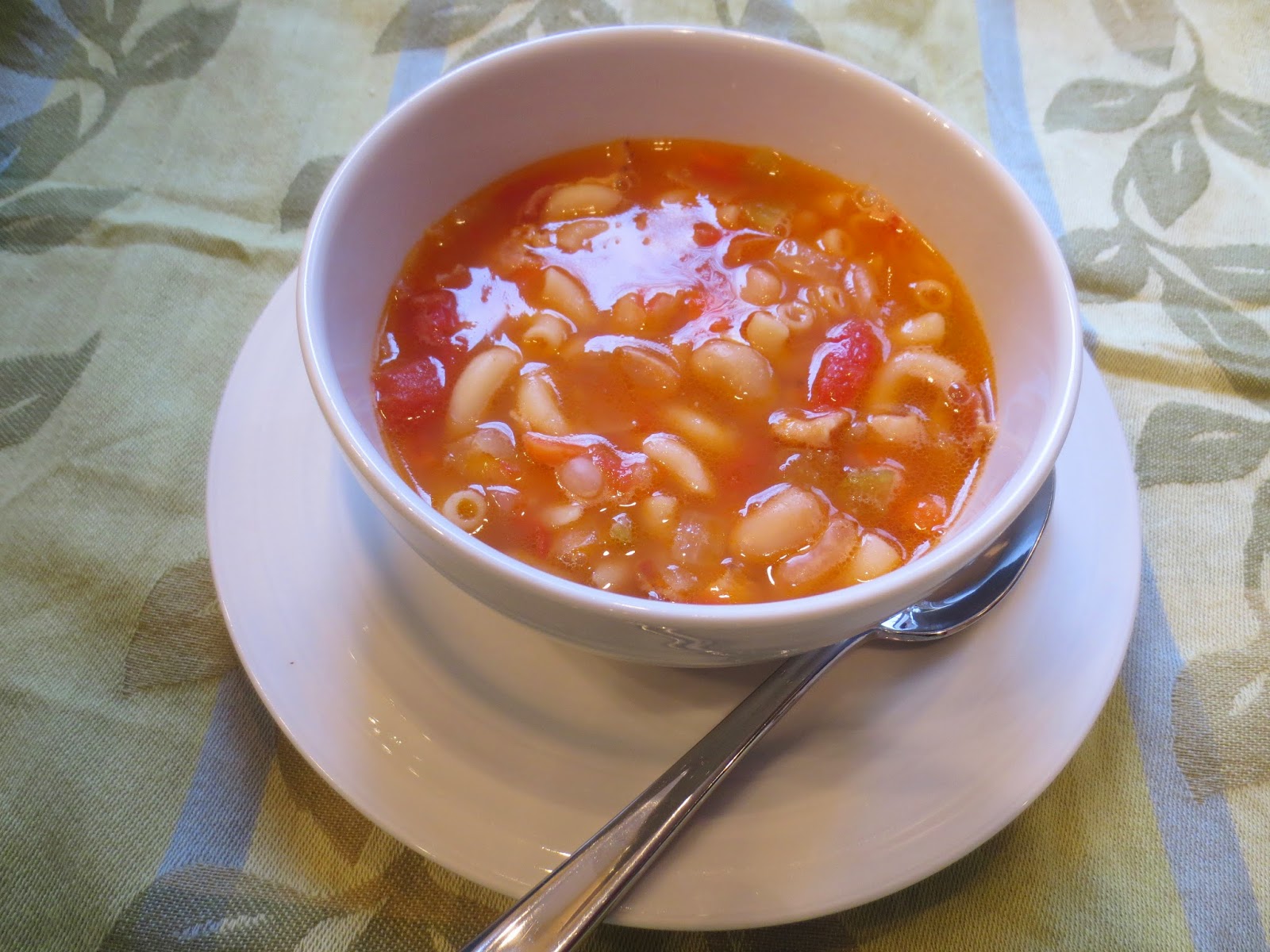 Pasta e Fagioli
5 slices bacon, chopped
1 small onion, chopped
1 – 2 garlic cloves, minced
1 rib celery, chopped
1 carrot, chopped
3 cups chicken broth
19 ounce can white beans, rinsed well and drained
2 cups drained canned tomatoes (drain before measuring)
1/2 cup dried macaroni
In a heavy saucepan, cook the bacon until browned and beginning to crisp. Add onion and stir until golden brown. Add garlic, celery and carrot and stir for 2 – 3 minutes.
Remove pan from the heat and drain fat. Return to heat and add chicken broth, stirring to combine.
In a bowl, mash about a third of the white beans. Add mashed and whole beans to the soup, along with the tomatoes, breaking up the tomatoes with the back of a spoon. Simmer for 5 minutes. Add macaroni and simmer until al dente, about 6 – 8 minutes or according to directions on the package.
Add chicken broth as required (soup will thicken as it stands).