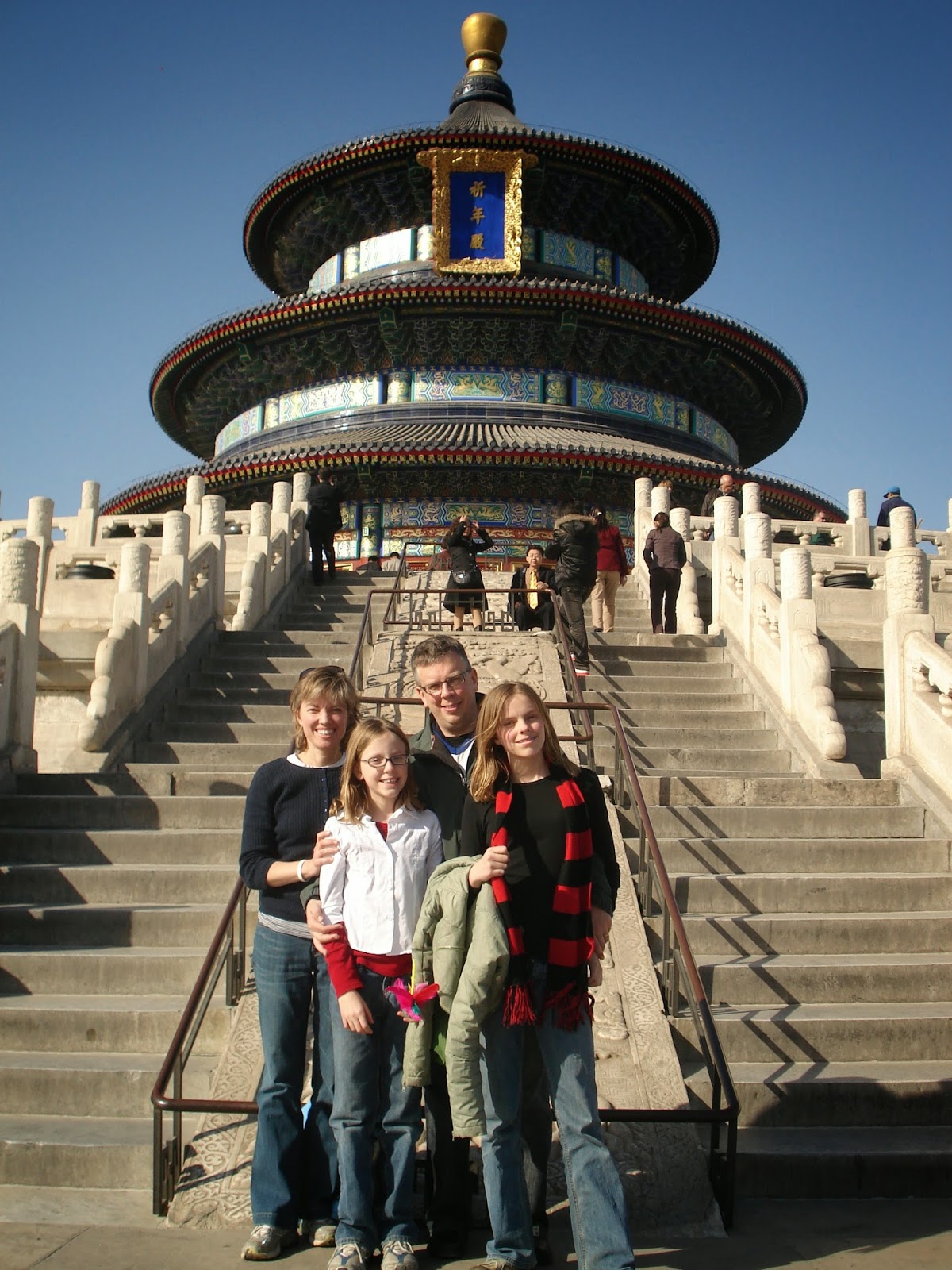 Beijing’s Temple of Heaven, originally built in the fifteenth century during the Ming Dynasty, was an important religious site in Chinese culture. The emperor visited the Temple of Heaven once a year to pray that the following year’s harvests would be fruitful.

Traditional Chinese lore held that the earth was square and heaven was round. Thus, the Temple of Heaven was built according to those rules: the buildings are round, but the layout of the complex is linear. Because the emperor was considered to be the divinely-appointed Son of Heaven, the Temple was the site of important religious rites connecting the earthly and the divine. 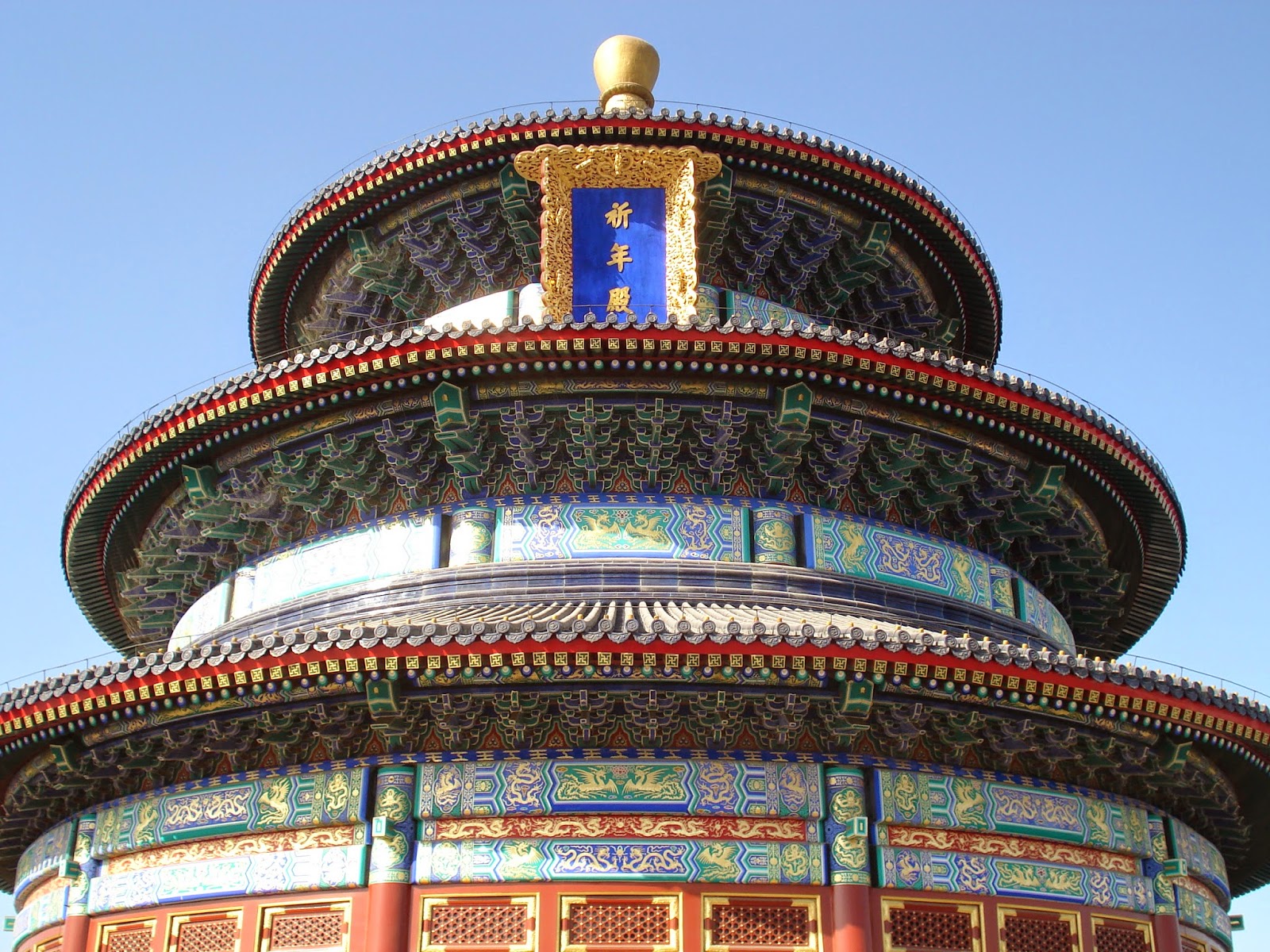 The main and most impressive building in the complex is the three-tiered Hall of Prayer for Good Harvests. Not a single nail or beam was used in its construction; the entire building is supported by a series of intricately-painted wooden pillars. A set of marble stairs leads to the entrance to the hall, and the blue tiles in the roof are meant to echo the colour of heaven.

Once a year, the emperor and his staff moved from the Forbidden City, his usual residence, to the Temple of Heaven. Here, an elaborate ceremony of rituals was carried out, deviation from which would threaten the balance between heaven and earth. The prayers the emperor offered were designed to guarantee a good harvest the following year.

The entire complex is over 3.4 million square yards, four times as large as the Forbidden City. One of the most impressive sights on the grounds is the 500-year old grandfather tree. It is also known as Nine-Dragon tree, because it looks like nine dragons are wound around its trunk, each with his tail wrapped around another. This cypress is just one of 60,000 species of trees that populate this vast and lovely park. 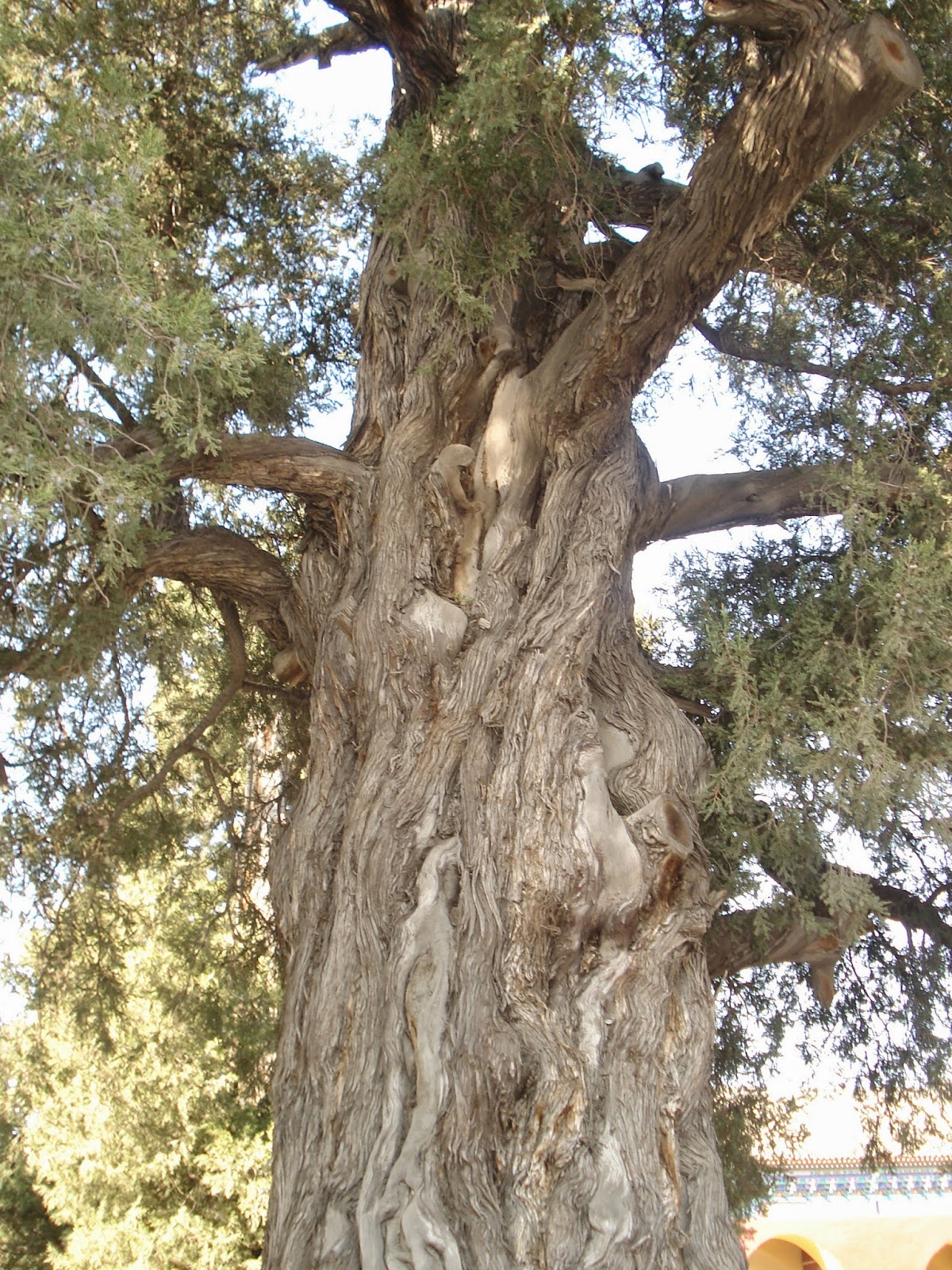