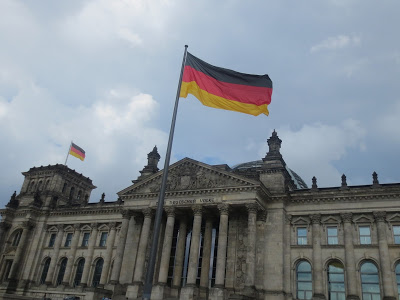 The view from Berlin’s parliament building, the Reichstag, is one of the best in the city, and that was the main reason we visited. In the end, the views were lovely, but what stayed with us longest was the tour of the building, in which we learned its difficult history and how it symbolized the downfall and rebirth of Germany.

The Reichstag first opened in 1894 and was home to the German government until February 27, 1933, when it was burned in a mysterious fire. Although the arsonist was never identified with certainty, the Nazi party blamed it on the opposition Communists, and used that to detain and arrest anyone who had opposed their government. The Reichstag Fire Decree was passed the next day, limiting the right to freedoms of press, speech and assembly. It was soon followed by the Enabling Act, which effectively gave Hitler the powers of a dictator. 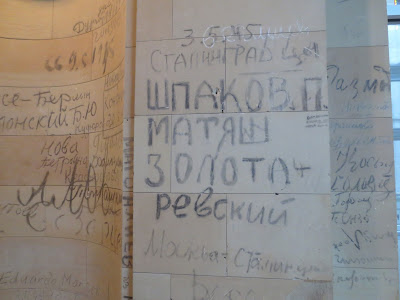 Fast forward a dozen years. Near the end of the Second World War, when the outcome was certain, the Allied Forces were independently racing to reach Berlin. The Russian soldiers arrived first, and began by plundering what remained of the Reichstag. Graffiti covered the inside walls of the building. To this day, several walls have been left as they were, to preserve a historical record of that graffiti. (With the cooperation of Russian translators, the most offensive messages were removed.)

Because the destruction of the Reichstag featured so prominently in Germany’s downfall, it’s fitting that it was also a symbol of its reunification. Bonn had served as the working capital of Germany in the post-war years, but when the country reunified, Berlin once again became capital.  The Reichstag was repaired, and was once again home to the country’s parliament (the Bundestag). The dome was beyond repair, however, and a new glass dome was built as a symbol of transparency in the government, and of freedom among the people. 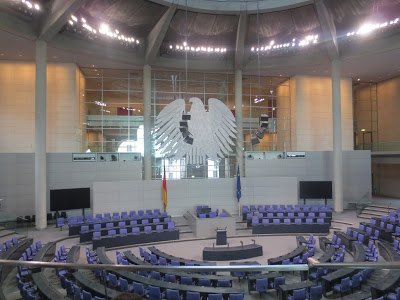 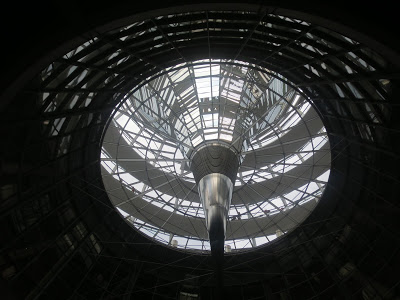 The plenary chamber sits directly under the dome. We sat in the visitors’ gallery directly behind the chamber. 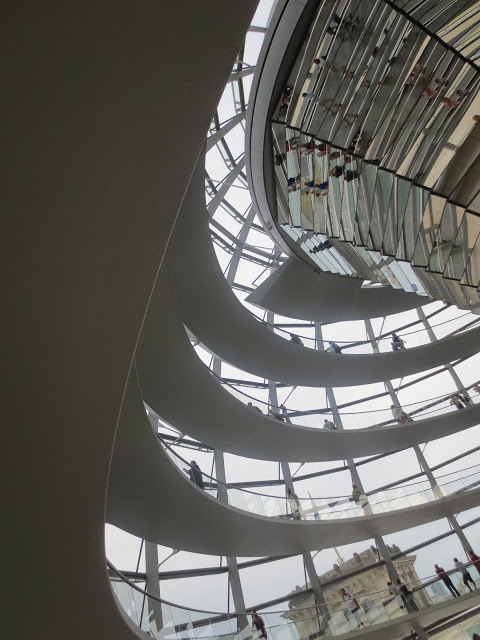 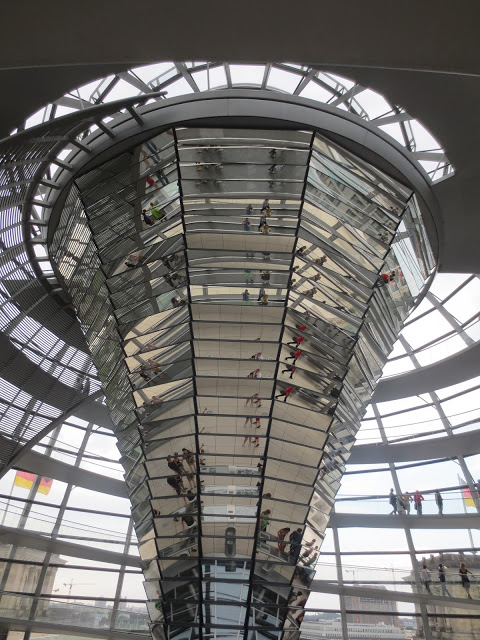 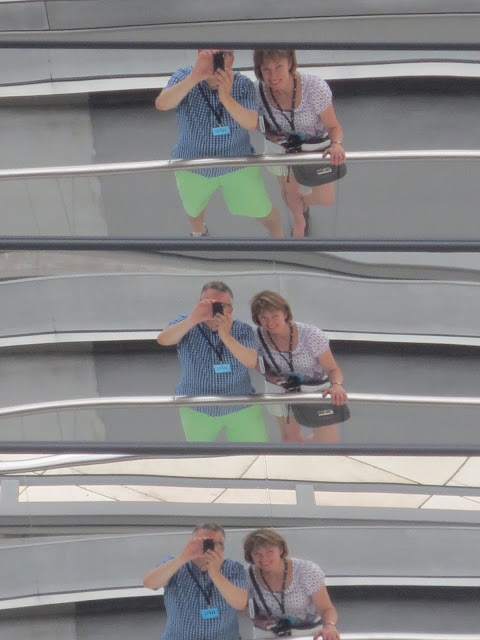 After the tour of the building, we climbed to the rooftop to walk the spiral ramps around the interior of the dome. The dome itself was utterly impressive, with floor-to-ceiling mirrors that reflect sunlight to help heat the building, and the 360-degree view of the city was breathtaking. This building that rose like a phoenix from its own ashes is truly the symbol of the modern Berlin. 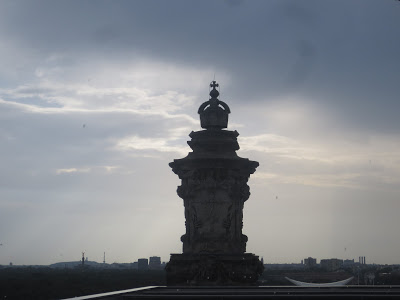