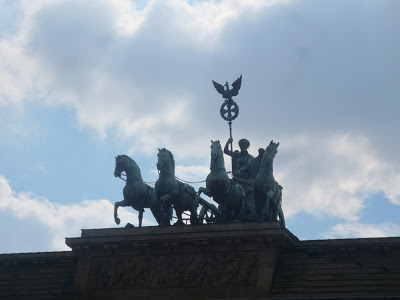 Last week I wrote about the Reichstag, one of the symbols of the reunification of East and West Berlin. The Brandenburg Gate is another powerful icon of a divided city that became one.

The Brandenburg Gate was originally built in the late eighteenth century in what was then Prussia, as a symbol of peace. It lies at the western opening of Unter den Linden, the lovely boulevard that translates as Under the Lindens. The wide street and linden trees that line both of its sides made it an appealing home for a gate.

The sculpture on top is known as a quadriga, and it depicts the goddess of victory being pulled in a chariot by four horses. Shortly after the gate was built, Napoleon’s armies invaded Berlin, and he took the quadriga as a symbol of his victory. However, it ended up in storage, and was discovered a few years later when Paris was captured by the Prussian soldiers. It was returned triumphantly in 1814, the only difference being the addition of an iron cross to symbolize the victory over Paris. 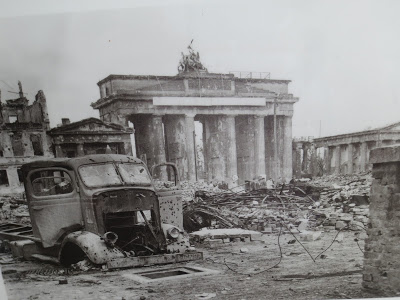 Ironically for a tribute to peace, the gate suffered extensive damage in the Second World War. And it has also been used as a rallying point for shows of power. In 1933, a parade of Nazis processed through en route to the presidential palace. After the city was split in two by the Berlin Wall in 1961, the Brandenburg Gate became almost unreachable, since the wall was mere inches away. For that reason, it became a powerful symbol of the separation of the two parts of this city.

The gate was the site of Ronald Reagan’s “Tear Down This Wall” speech in 1987. At reunification in December 1989, the West German chancellor, Helmut Kohl, walked through the newly accessible gate to shake hands with the East German Prime Minister, Hans Modrow. After reunification, Bill Clinton and Barack Obama were just two of the leaders who used the gate as backdrop to oratory. 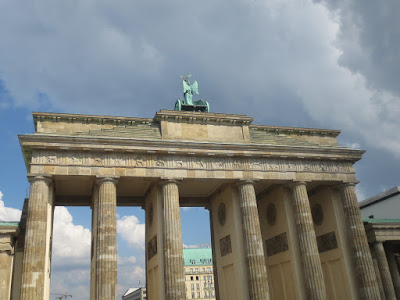 The gate continues to be a powerful gathering point for the city. Last July, hundreds of thousands of Berliners gathered there to watch the World Cup final between Germany and Argentina. After the German victory, the players paraded through the gate and down Unter den Linden in front of 400,000 cheering fans.

As a North American who hadn’t visited Berlin before last summer, the Brandenburg Gate nonetheless had a huge place in my imagination. I remember hearing Reagan’s words to Mikhail Gorbachev and thinking the wall would never come down. But then the unexpected happened, and the wall fell. Some of the most powerful photographs I’ve ever seen depicted the citizens of East and West Berlin embracing each other as they stood on the Berlin Wall in November 1989, with the Brandenburg Gate in the background. 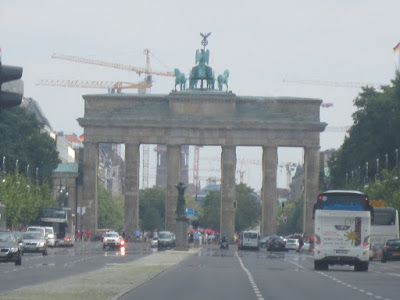