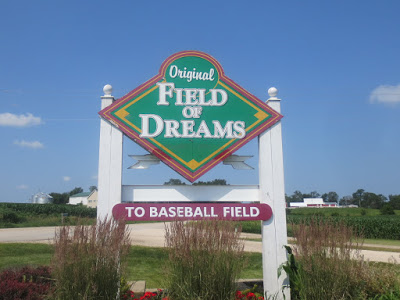 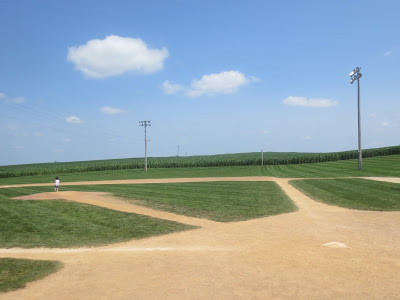 Those words, from the movie Field of Dreams, were particularly true for us. It was the first movie Andrew and I saw together, before we started dating, and it’s one of our favourites.  Our girls love it, too, even the one who doesn’t like baseball. So yes, if they built this field – or rather, if they kept it after the movie was finished filming – it was destined that we would eventually come. 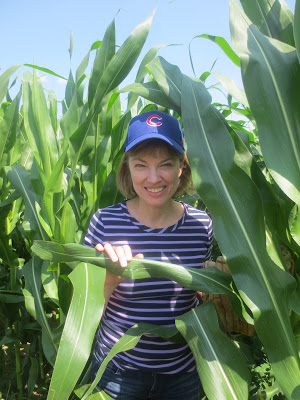 Everything about our visit was as perfect as the movie. The corn was tall enough that we could imagine a team of players wandering onto the field at any moment. We played catch in the outfield, we ran the bases, we sat in the stands. We were just about to leave when two players dressed in old-time White Sox uniforms arrived. (In case you’re wondering, they came via car rather than the cornfield.) And it gave us a chance to reenact some of our favourite movie moments. 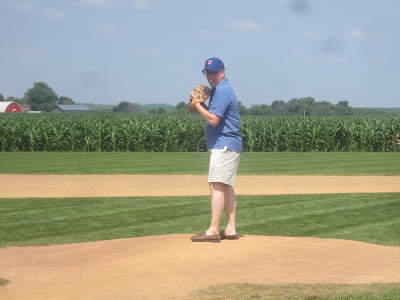 Shoeless Joe Jackson: “I’d wake up at night with the smell of the ball park in my nose, the cool of the grass on my feet … the thrill of the grass.” 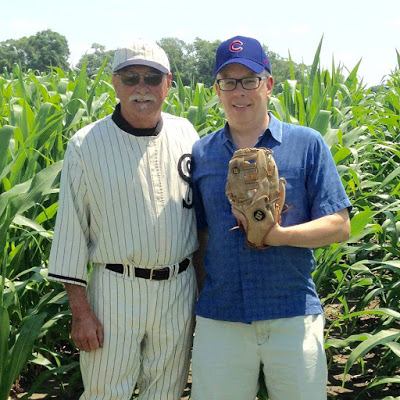 Dr. Archibald “Moonlight’ Graham: “To run the bases – stretch a double into a triple, and flop face-first into third, wrap your arms around the bag. That’s my wish, Ray Kinsella. That’s my wish. And is there enough magic out there in the moonlight to make this dream come true?”

Dr. Archibald ‘Moonlight’ Graham: “Son, if I’d only gotten to be a doctor for five minutes, now that would have been a tragedy.” 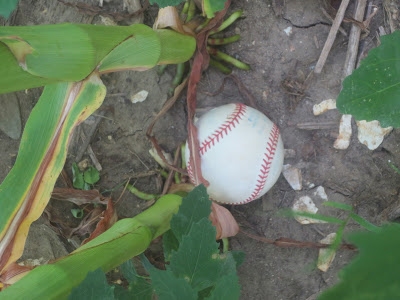 Terence Mann: “Baseball has marked the time. This field, this game: it’s a part of our past, Ray. It reminds us of all that was once good, and could be again. Oh … people will come, Ray. People will most definitely come.” 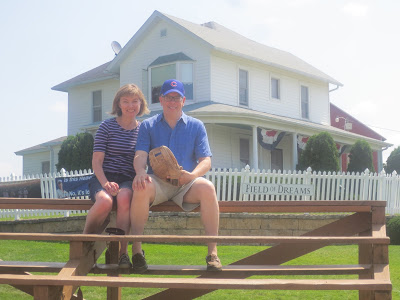 Ray Kinsella: “Hey, Dad. You wanna have a catch?”
John Kinsella: “I’d like that.”