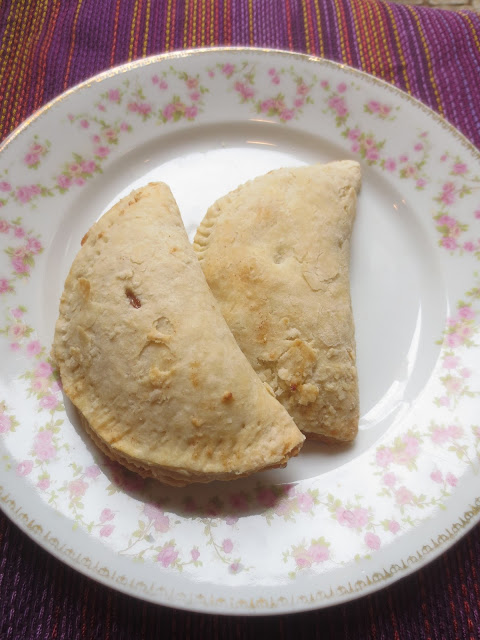 “To satisfy the sharp desire I had
Of tasting those fair apples, I resolv’d
Not to defer; hunger and thirst at once
Powerful persuaders, quicken’d at the scent
Of that alluring fruit, urge me so keen.”

– from “Paradise Lost” by John Milton

Tempted by apples? You wouldn’t be first.

Fruit desserts have always been the sweets I love most. And although she’s generally grateful for what I serve, my youngest daughter reminds me from to time that it’s chocolate she likes. That “fruit” doesn’t really make a dessert.

She said the same thing a couple of weeks ago, but added a postscript I’d never heard before. “Except apples,” she said. “I’ll eat anything with apples in it.”

I wasn’t going to waste time wondering why I’d never heard this message before. I was on a hunt for an apple dessert recipe that would put chocolate out of everyone’s minds. I found such a recipe in a cookbook Andrew gave me for Christmas, Montreal Cooks. This collection of recipes, by the top chefs of Montreal, currently bears about a dozen bookmarks showing the recipes I want to try next. But it was the Apple Pies by chef Josie Weitzenbauer of Leche Desserts that most captivated me. And they didn’t disappoint. The pastry was, quite simply, the best I’ve ever made. And my family swooned over the filling so much, I know I won’t defer before making them again. 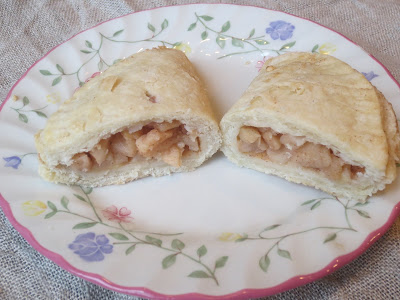 I make some changes to the quantities in the recipe to avoid having more apple filling than I needed.
These amounts gave me 9 pies and a mini-galette.
Adapted from Montreal Cooks, by Jonathan Cheung and Tays Spencer

Place the butter and shortening in a bowl and refrigerate until chilled, about 20 minutes.

In a small bowl, whisk together one egg, 1 cup of water and the vinegar, and refrigerate.

In a large bowl, combine the flour and salt until well mixed. Add the cold butter and shortening, using your hands to press it into the flour until the mixture resembles coarse crumbs. Make a well in the centre of the flour mixture and add the egg mixture. Using your hands, mix until the dough is just combined. Do not overwork the dough or it will become tough. Form it into a ball, wrap it in plastic wrap, and refrigerate for 1 hour.

Place the apples in a medium pot, add the sugar, flour and cinnamon, and mix until the apples are coated. Cook over medium heat for 15 minutes, or until the flour is well-absorbed and begins to thicken. Transfer the filling to an airtight container and refrigerate until cool.

Preheat the oven to 350 degrees and line a baking sheet with parchment paper. In a small bowl, whisk together 2 eggs, the egg yolk, and the 1/4 cup of water to make an egg wash. Set aside.

Lightly dust a clean work surface with flour. Unwrap the chilled dough, set it on the work surface, and roll it into a circle 1/8 inch thick. Using a bowl with a 6-inch diameter, cut out rounds.

Use a pastry brush to brush half of each round with the egg wash. Place a scoop of apple compote on top of the egg wash, leaving 1/4 inch between the filling and the edge of the pastry. Fold the unfilled half of the pastry over the filling, matching up the edges and pressing them together. Using a fork, crimp the edges to seal them. Repeat until all the pies have been filled and sealed.

Use a sharp knife to pierce a steam hole in the tops, set the pies on the baking sheet, and bake for 30 minutes.